This cooling solution is built for maximum performance, reliability, rigidity and absolutely no compromises. EK-Velocity WS  is a premium, full-metal water block which was specifically developed for LGA 3647 (Socket P) Intel processors. The cooling core of the new CPU water block was refined to manage the heat dissipation of the latest lineup of Xeon® desktop and server processors. 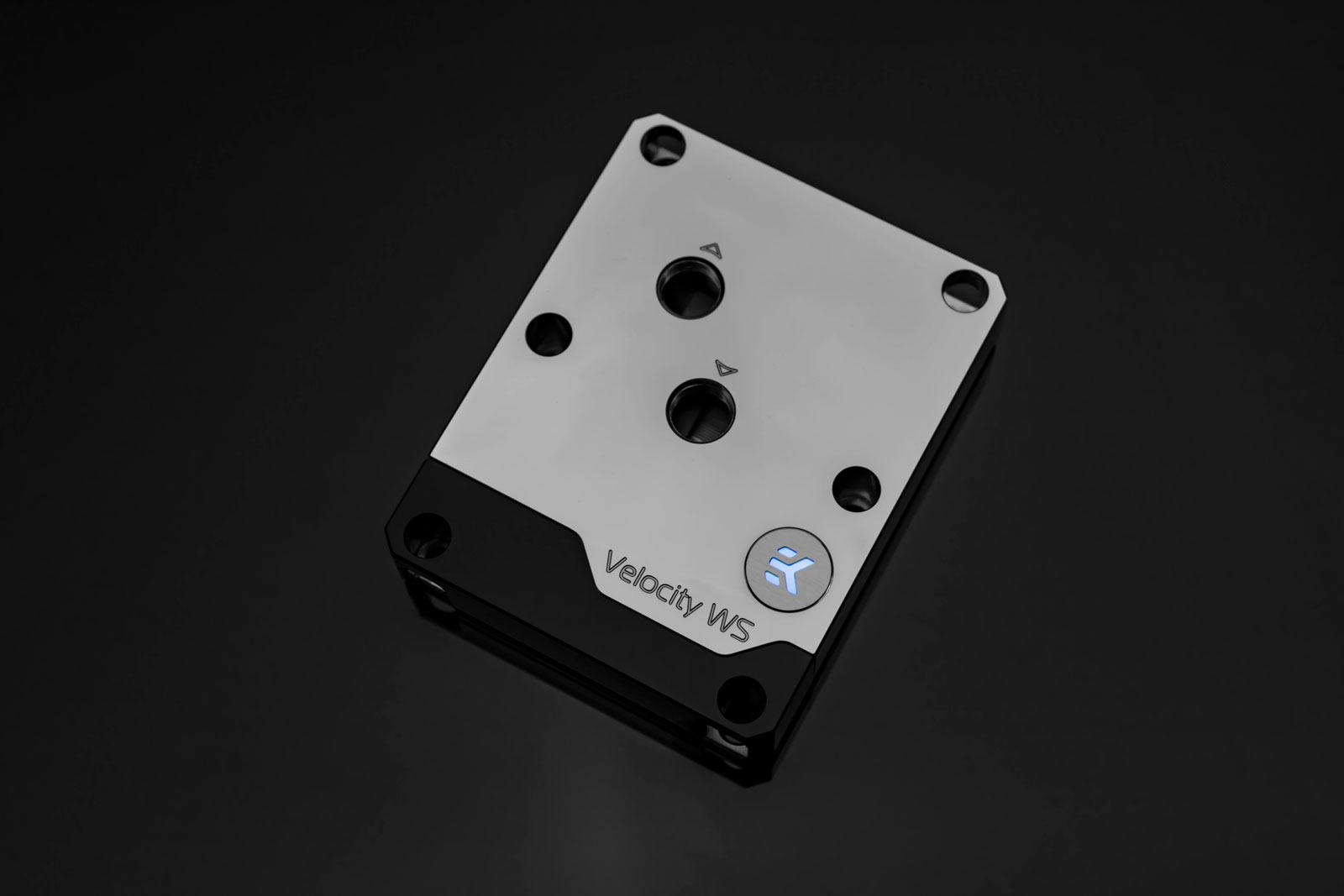 The EK-Velocity WS – Narrow ILM water block’s precisely machined copper base (‘cold plate’) is made from the purest copper available on the market and is treated with nickel electroplating. The top is full metal, made from quality nickel plated brass. This means the block is incredibly sturdy and will last as long as you’re using the platform. 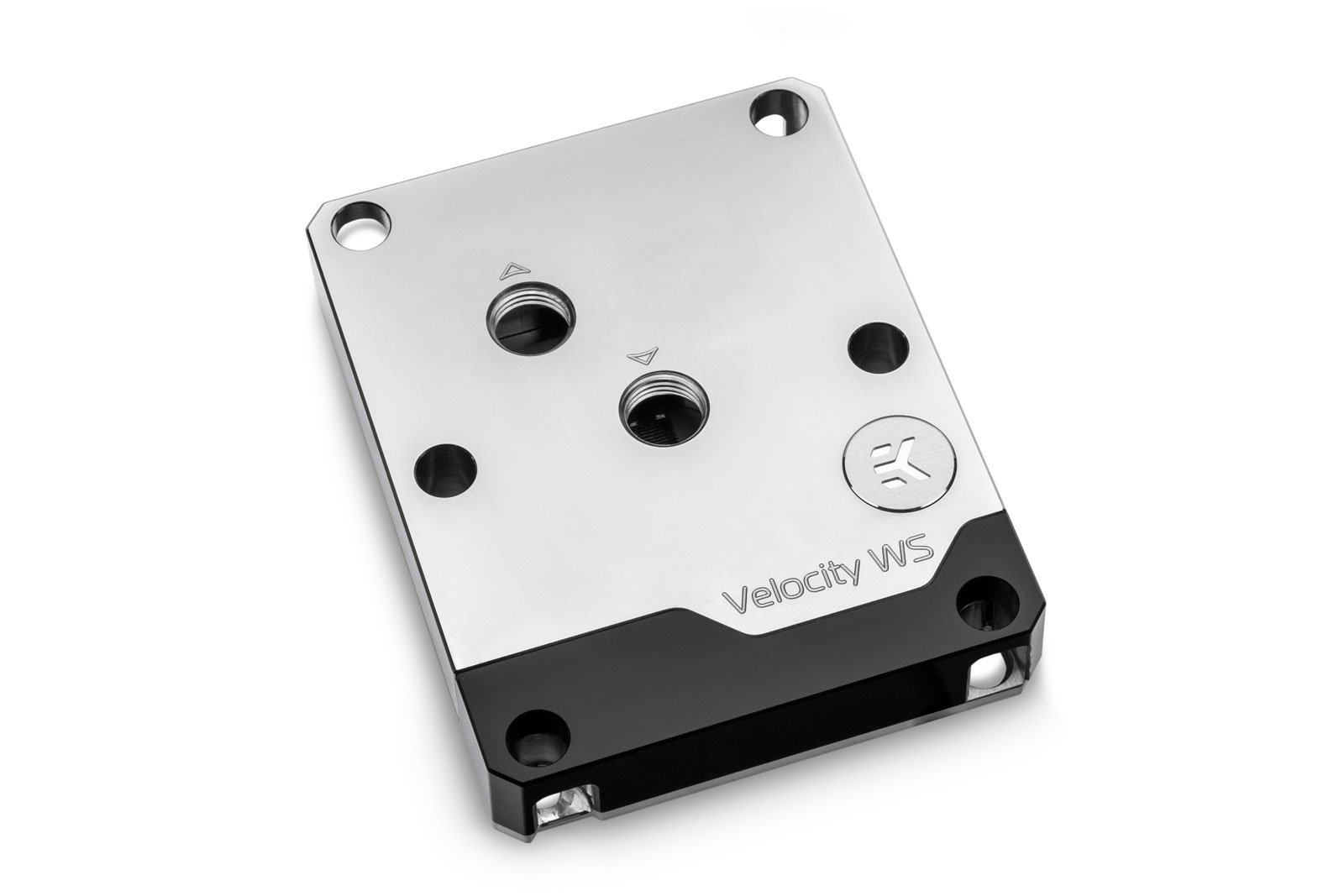 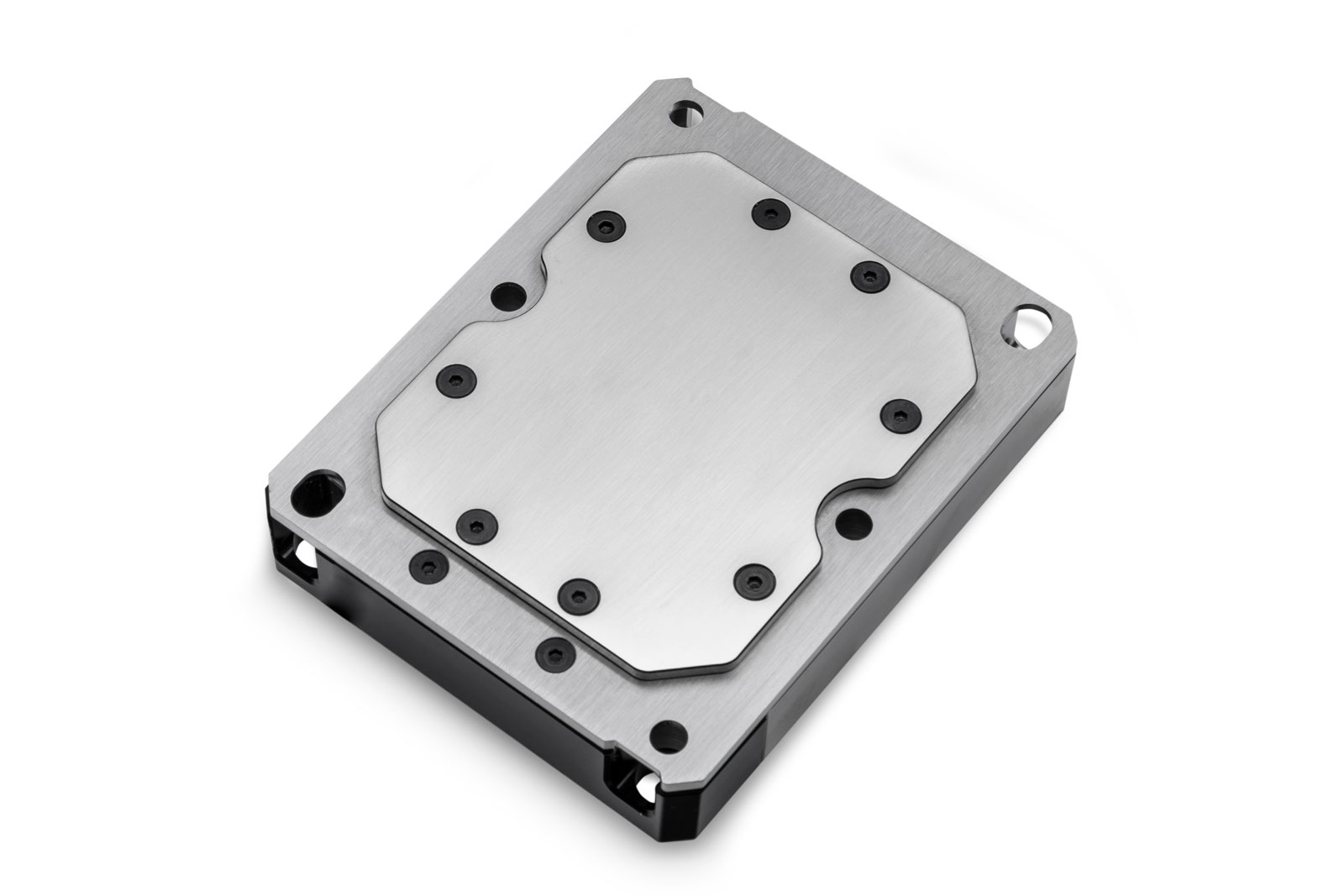 The EK badge is RGB LED illuminated, and compatible with all popular RGB sync technologies from all major motherboard manufacturers. The arrow marking on the 4-pin LED connector is to be aligned with the +12V marking on the RGB header.

Designed and engineered specifically for the ASUS ROG Dominus motherboard and its VRM section, the cooling engine ensures low operating temperatures of the components and perfect fitment. The water block makes contact with both MOSFETs and inductor coils via thermal pads. As liquid flows directly over critical areas, it provides a great solution to enthusiasts for high and stable overclocks.

This VRM water block also improves the rigidity of the motherboard due to an all-metal design. A high-quality product with no compromises for a high-end motherboard! The base of the monoblock is made of nickel-plated electrolytic copper while the top is made of quality nickel plated brass. 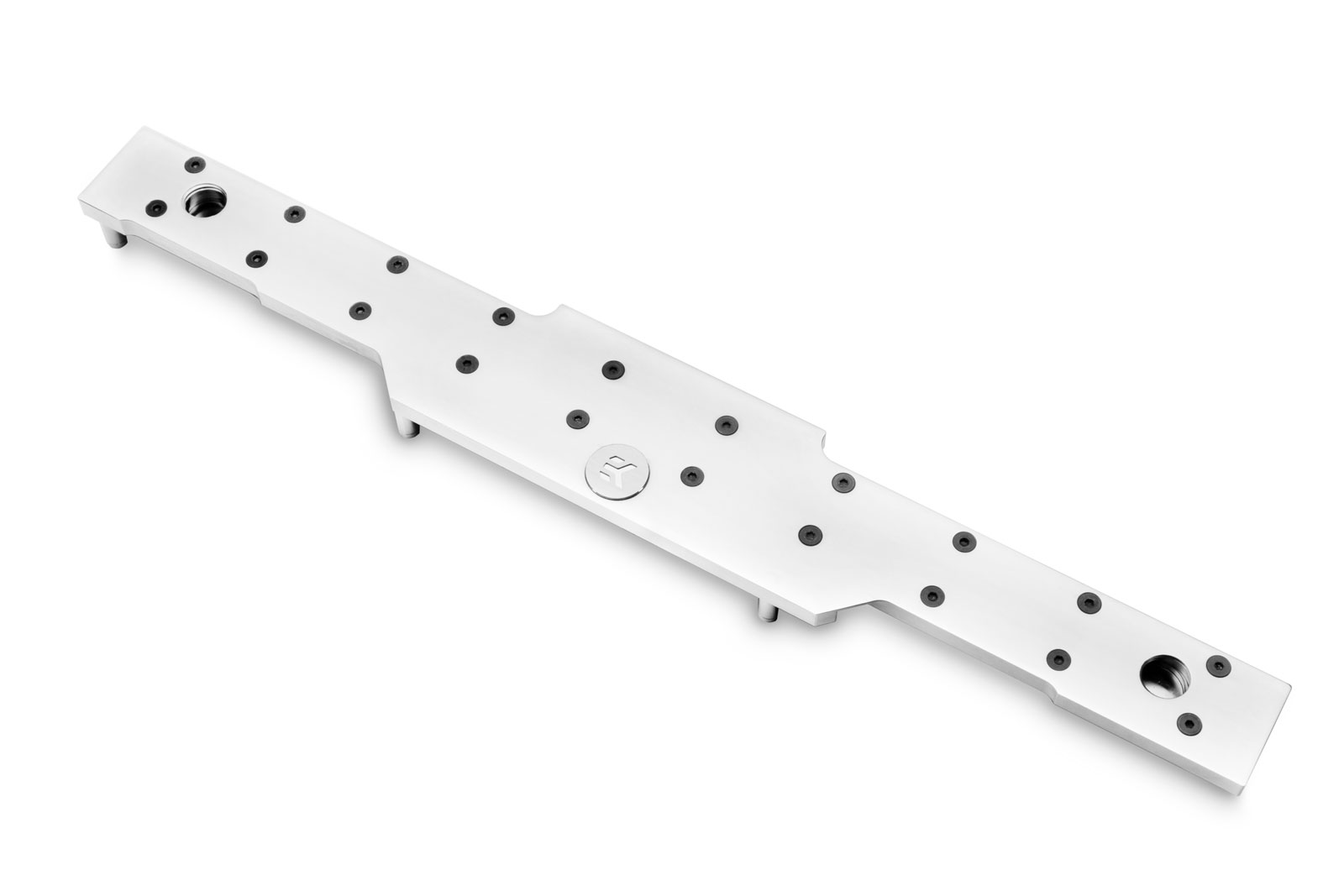 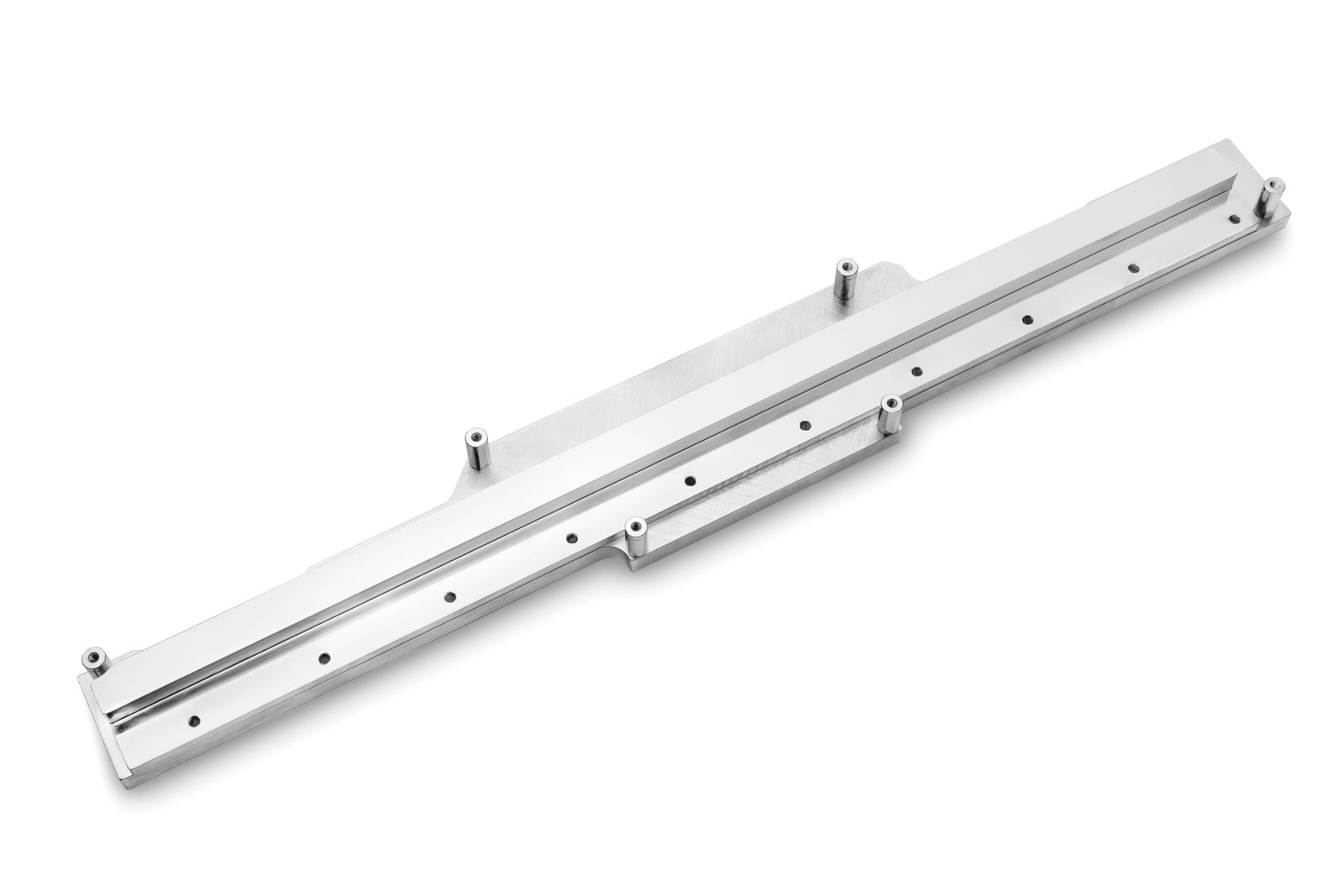 The EK Badge has integrated RGB illumination with a 4-pin 12V RGB LED connector that connects to the motherboard’s 4-pin LED header or it can be connected to any other standard 12V 4-pin LED controller. It fully supports ASUS AURA LED control software.

You can always check for compatibility for the EK-Velocity WS CPU water blocks by using EK Cooling Configurator database where compatible motherboards are being added to the list on a daily basis: