With the scent of Computex 22 still in the air, EK® – the premium liquid cooling gear manufacturer – has more treats in store for us in the form of the traditional “Strictly Quantum” show, where they delve deep into some of EK’s latest and upcoming custom loop liquid cooling products. The show goes live on June 9th at 19:00 CET, and it will be hosted by Joe Robey (EK’s Lead RND Designer) and Attila (Lead Product Marketing Manager).

With that in mind, we are excited to provide a sneak-peek into upcoming products that include various new fittings, while the main star of the show is the highly-anticipated combo unit containing a CPU water block, a pump, and a reservoir.

The EK-Quantum Velocity2 Kinetic DDC 4.2 has a self-explanatory name as it integrates a DDC 4.2 pump into the water block. The pump uses black cables and a SATA power connector, with all of the wires from the pump and the RGB coming out from the water block’s bottom for clean aesthetics. 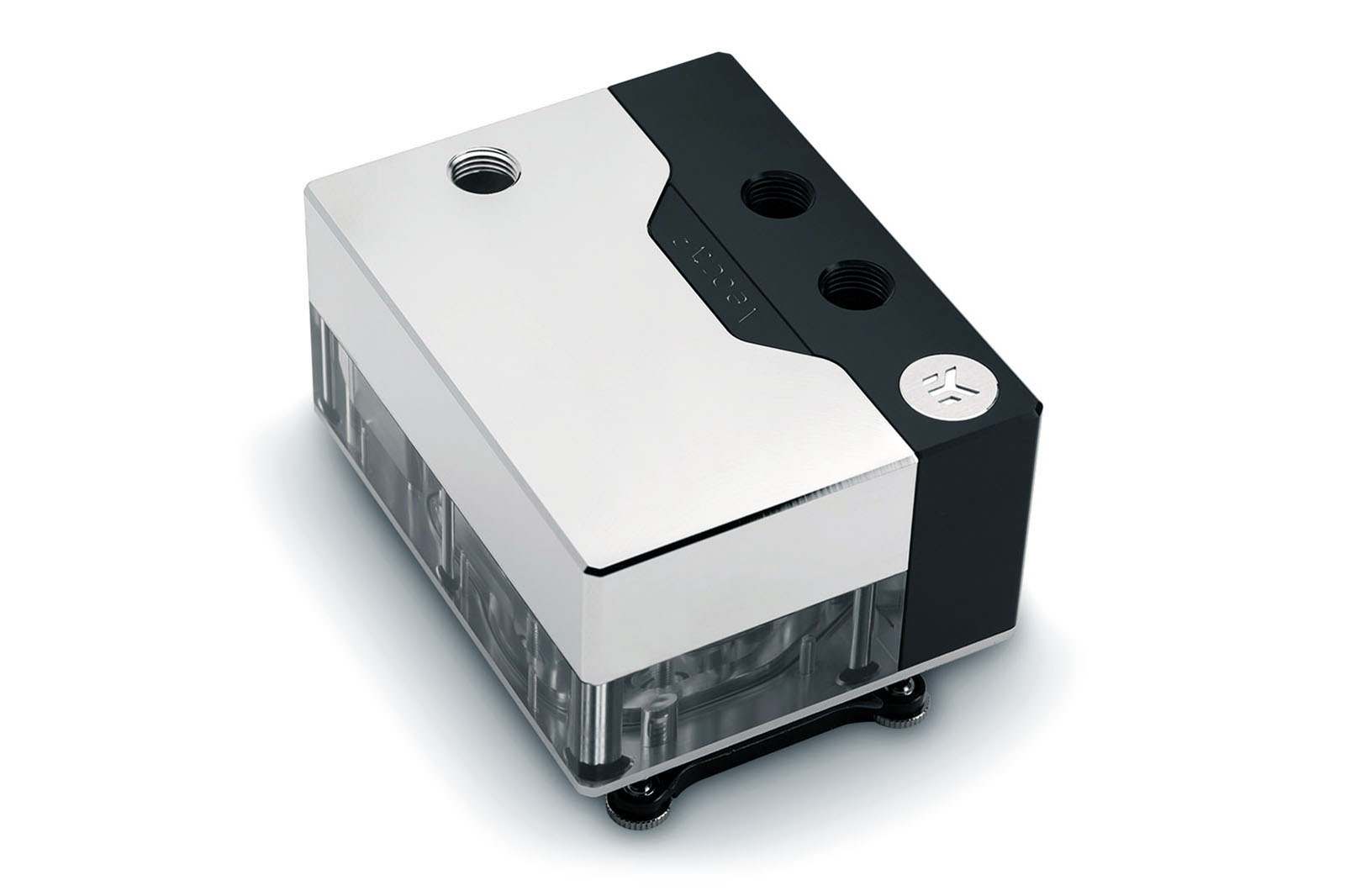 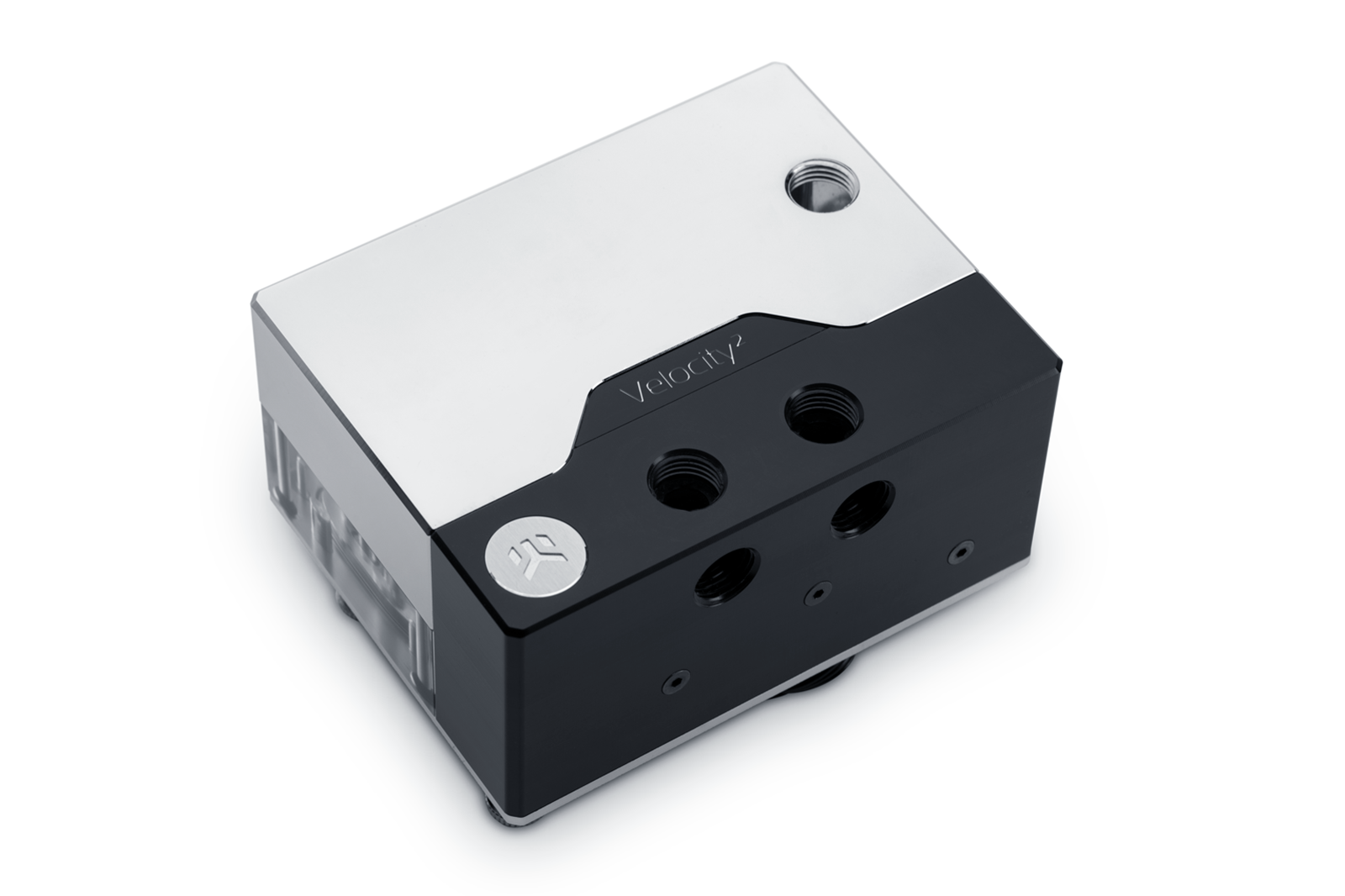 The water block combo will be available in a single material version, and comes with a nickel-plated brass top, an acrylic piece that carries the cooling engine components and handles all the coolant distribution inside the water block, and an acetal piece that has four connection ports. 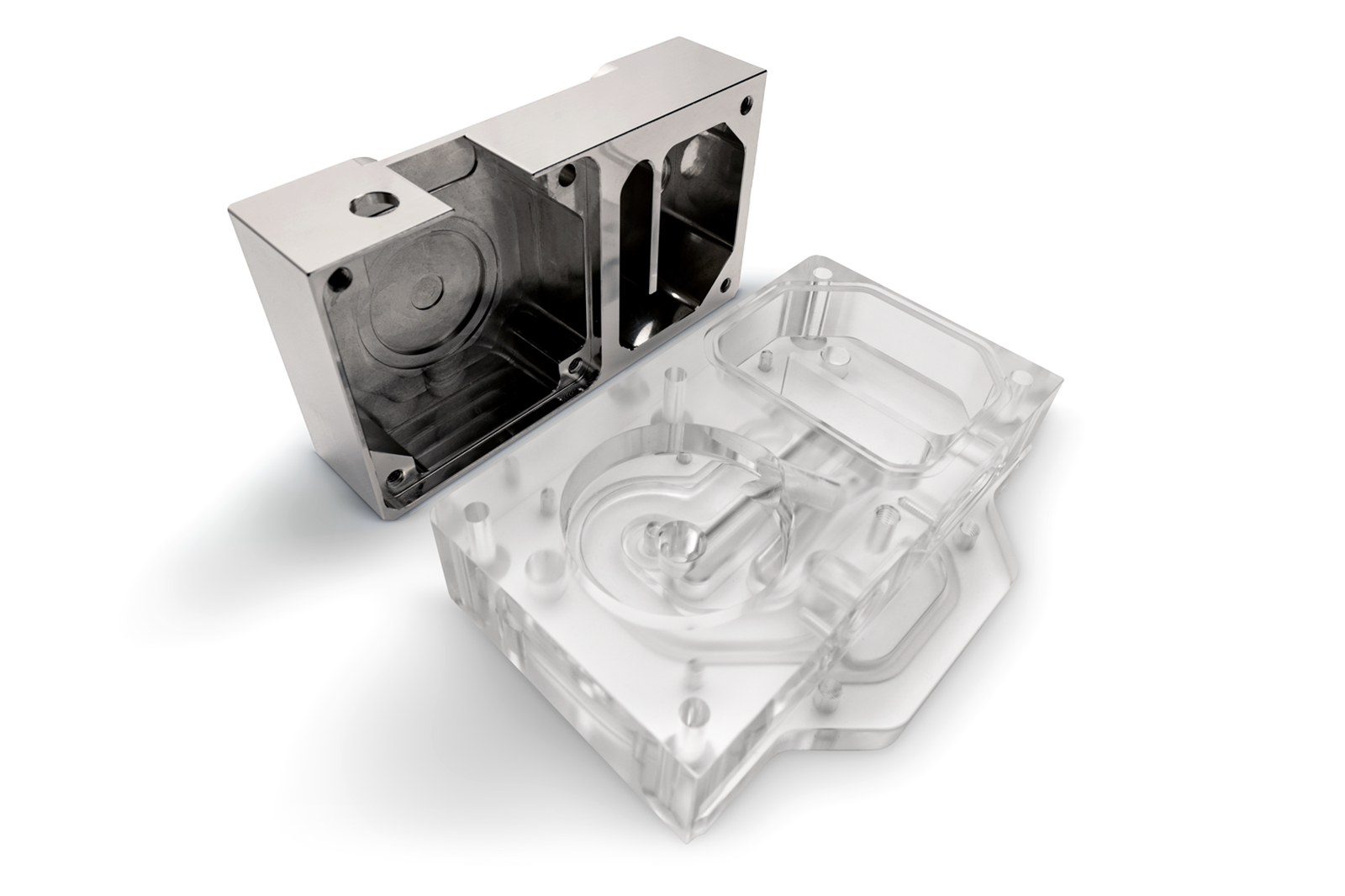 The acetal piece has top in-and-out ports, with additional side ports just above the height of standard RGB-lit RAM, like the G.Skill Trident Z, for example. 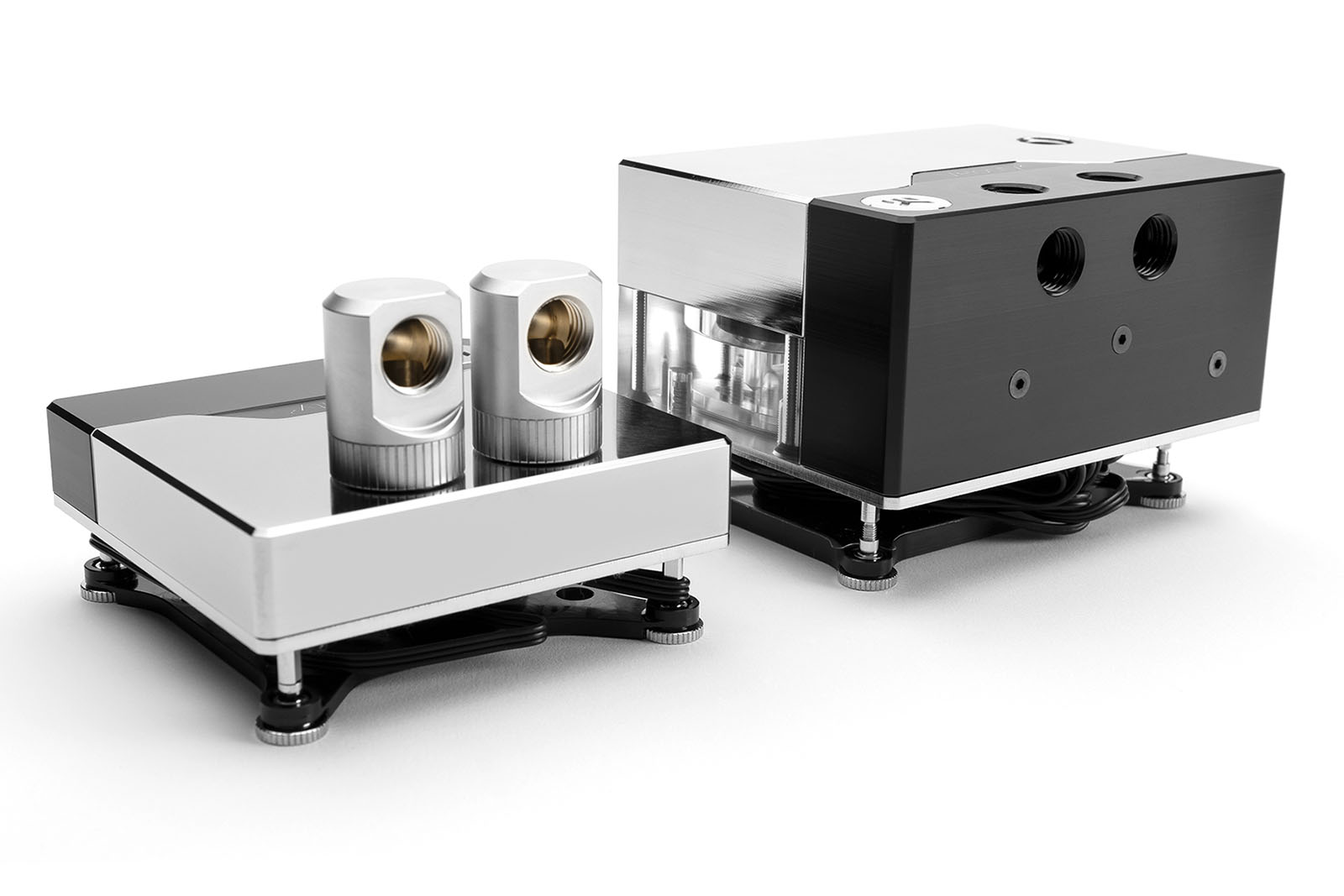 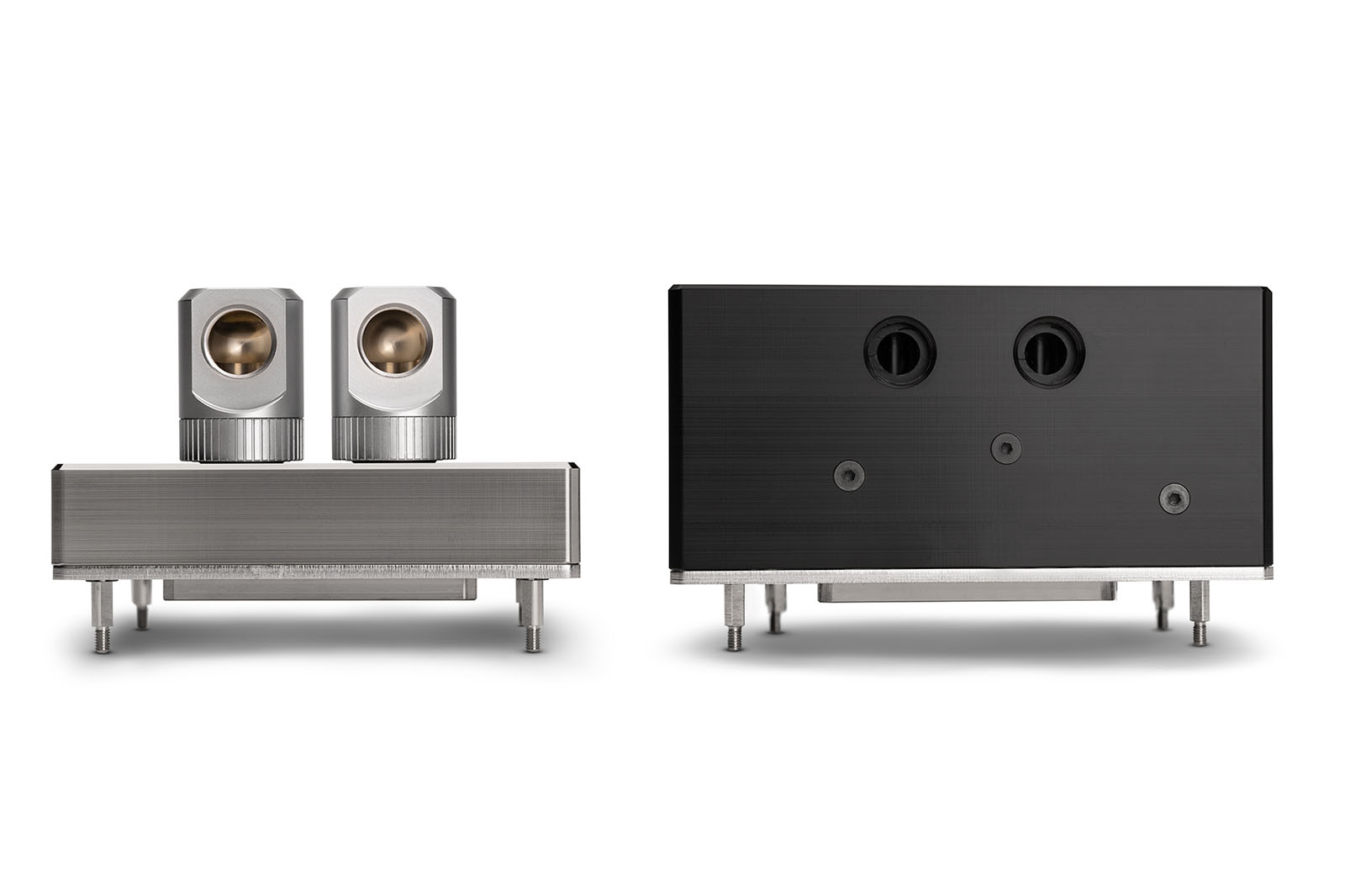 The sample you are seeing is for AM4 sockets and will be made AM5 compatible, while the LGA1700 socket version is coming soon as well. The expected availability of this CPU/Pump/Reservoir combo will be revealed in the “Strictly Quantum” live show on Thursday.

The other exciting product announcement is the Double-Rotary offset fittings in 21- and 28-mm variants. Both will be available in all the currently available finishes, including Nickel, Black Nickel, Black, Satin Titanium, and Gold. 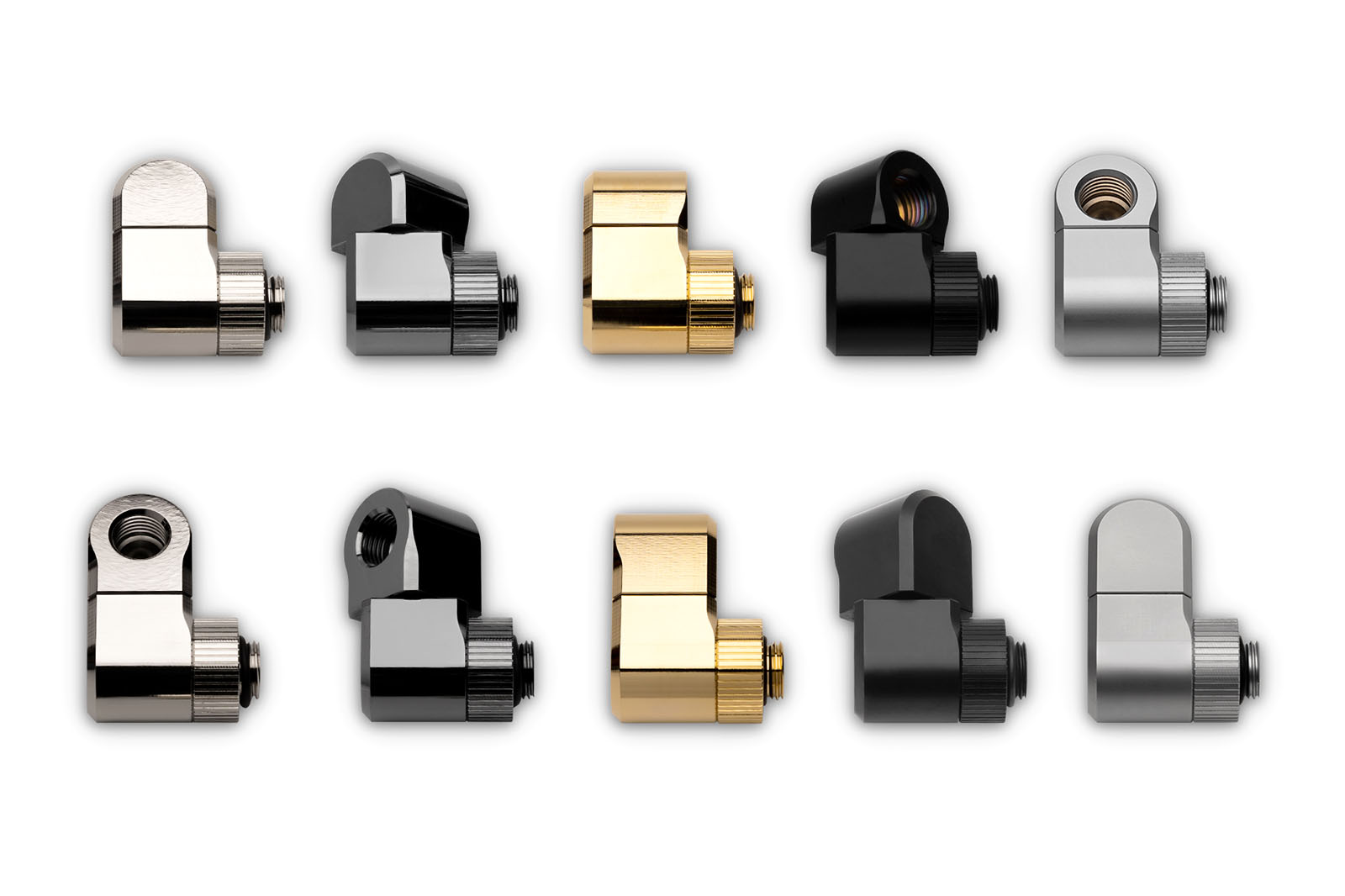 These rotaries play a key role in making the EK-Matrix7 function as promised so that the user can align ports on the GPU water block with the distro plate using a single fitting instead of combining angled rotary fittings and extenders. 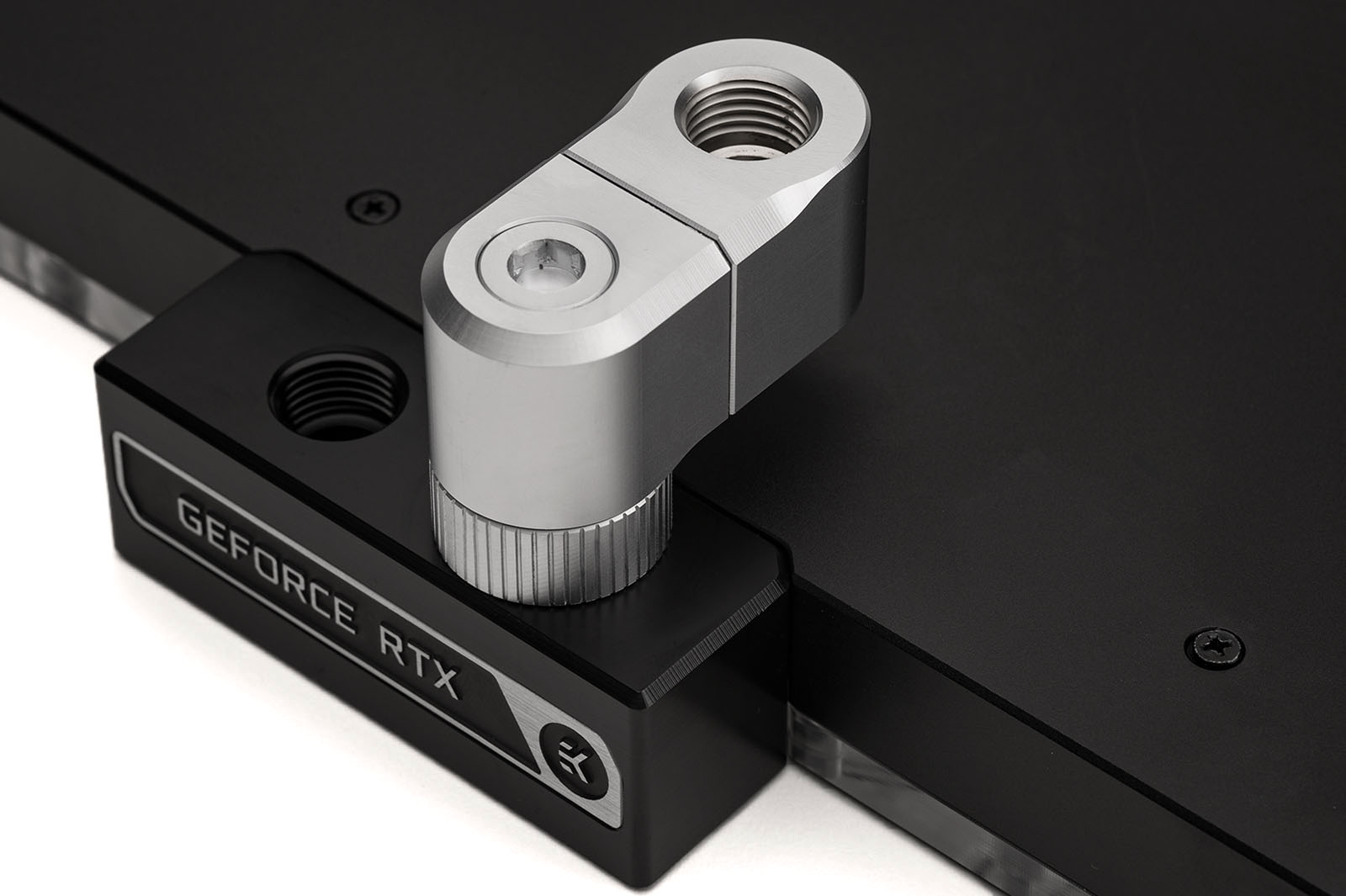 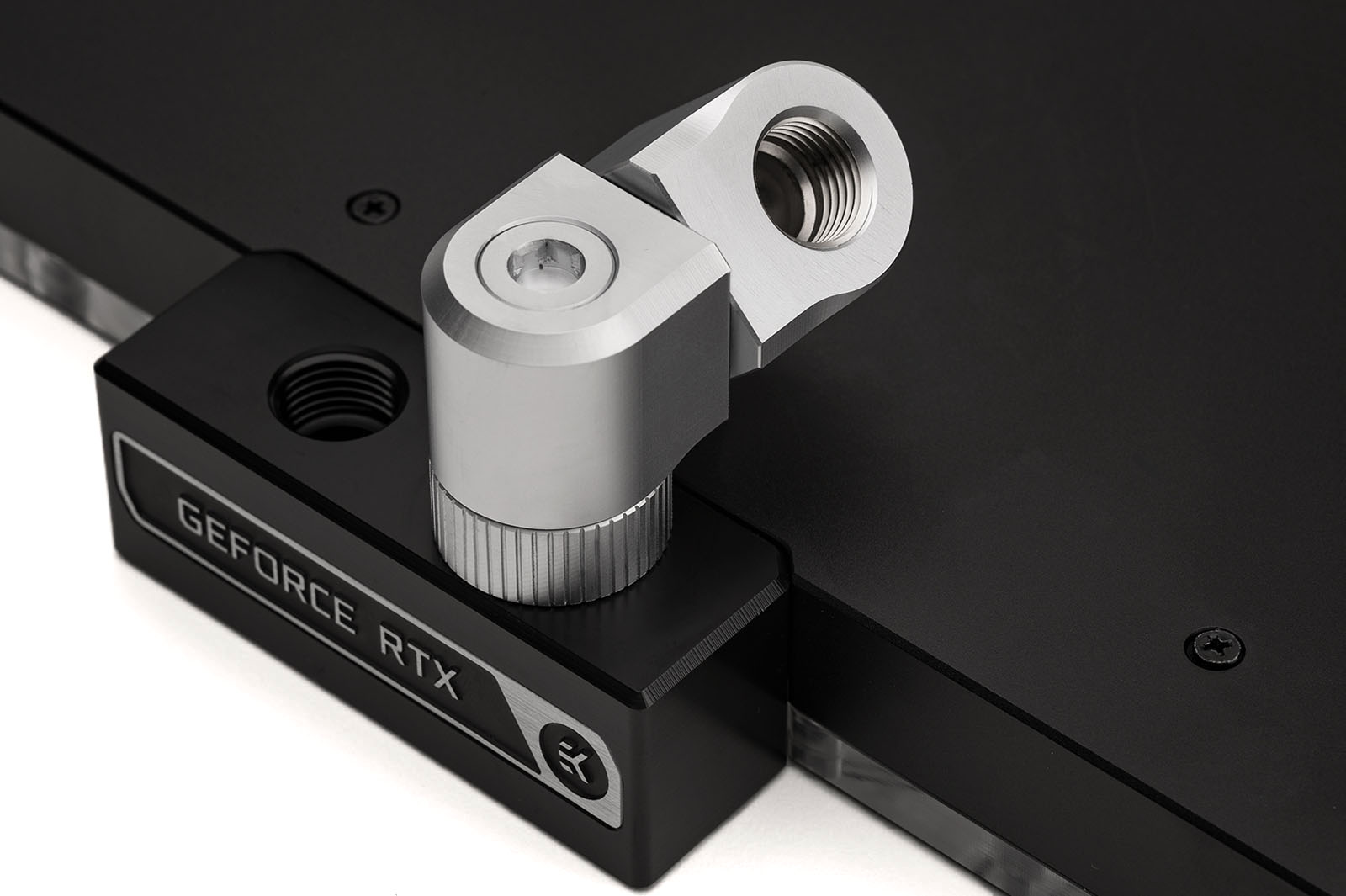 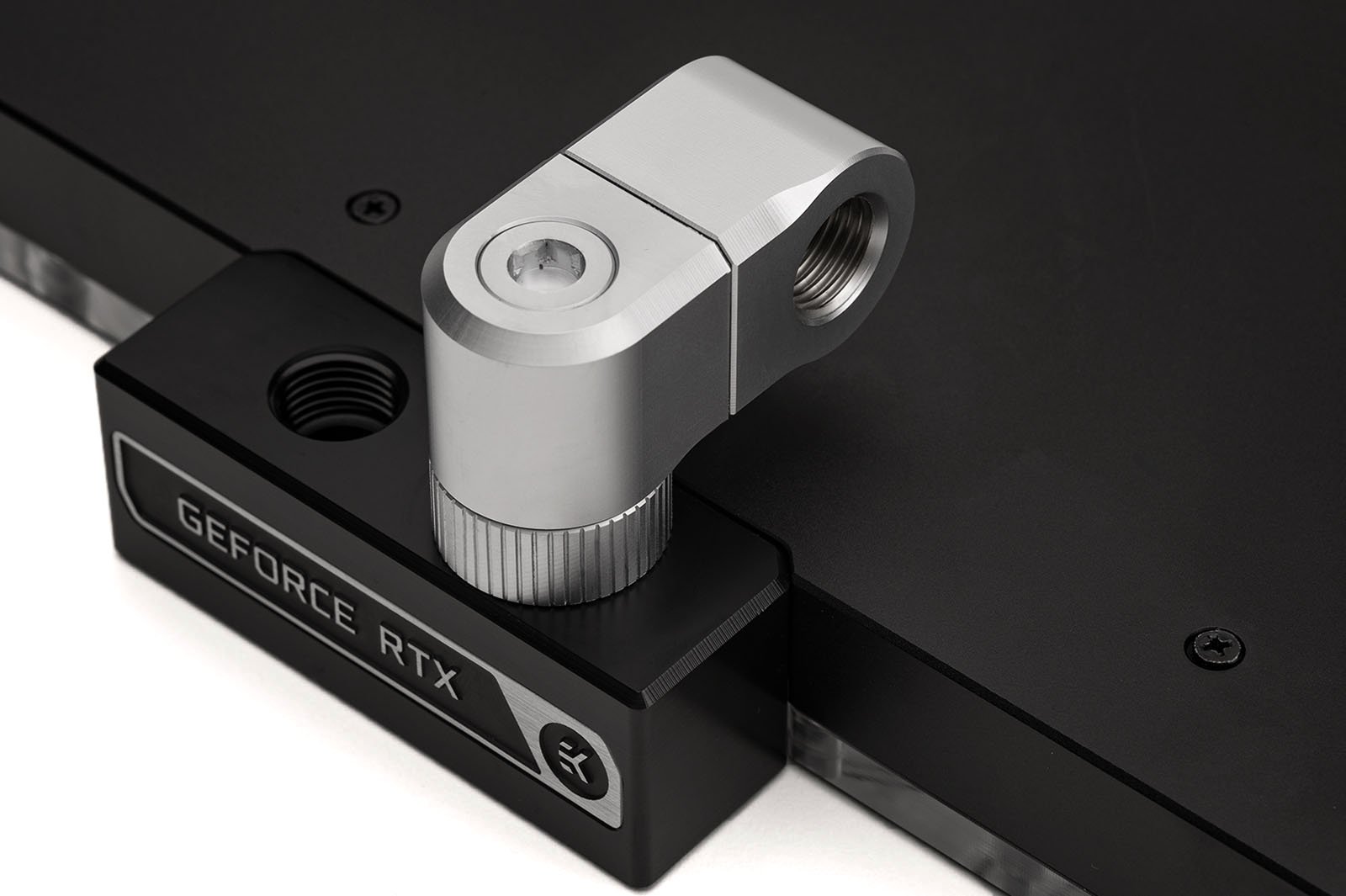 The offset fittings can be installed with a 6mm Allen key. They also feature a rotatable second part, which is where the “double rotary” classification comes from.  This piece can rotate 360° and has tactile and click feedback at every 45° angle. It really is an engineering marvel among the liquid cooling fittings available on the market. 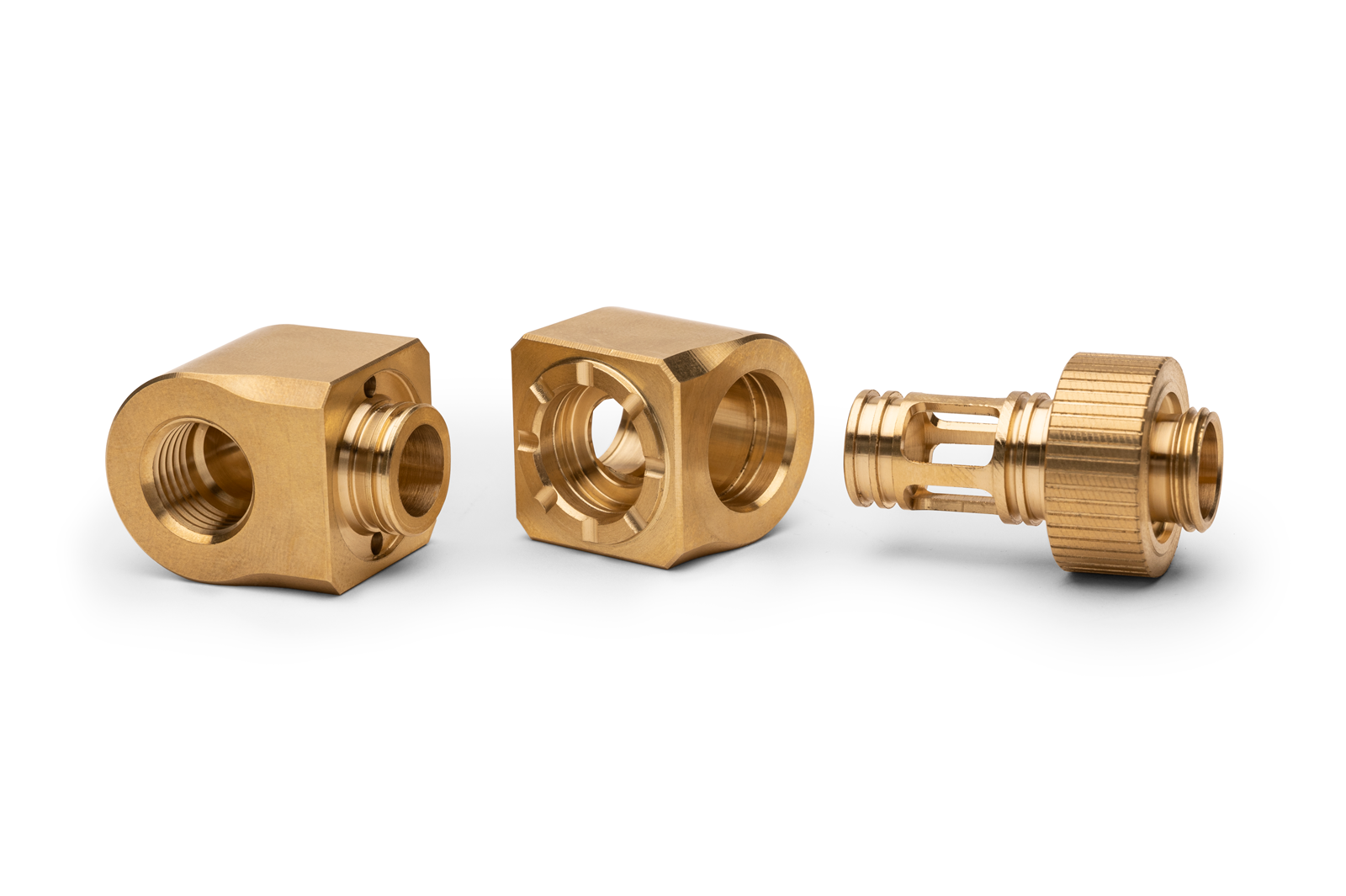 What Else is EK Cooking?

As for the upcoming GPU water blocks and Active Backplate sets, EK has announced several 3090 Ti water blocks for the most popular AIB cards, including the Strix, TUF, Trio, FTW, and the Founders Edition graphics card as well. 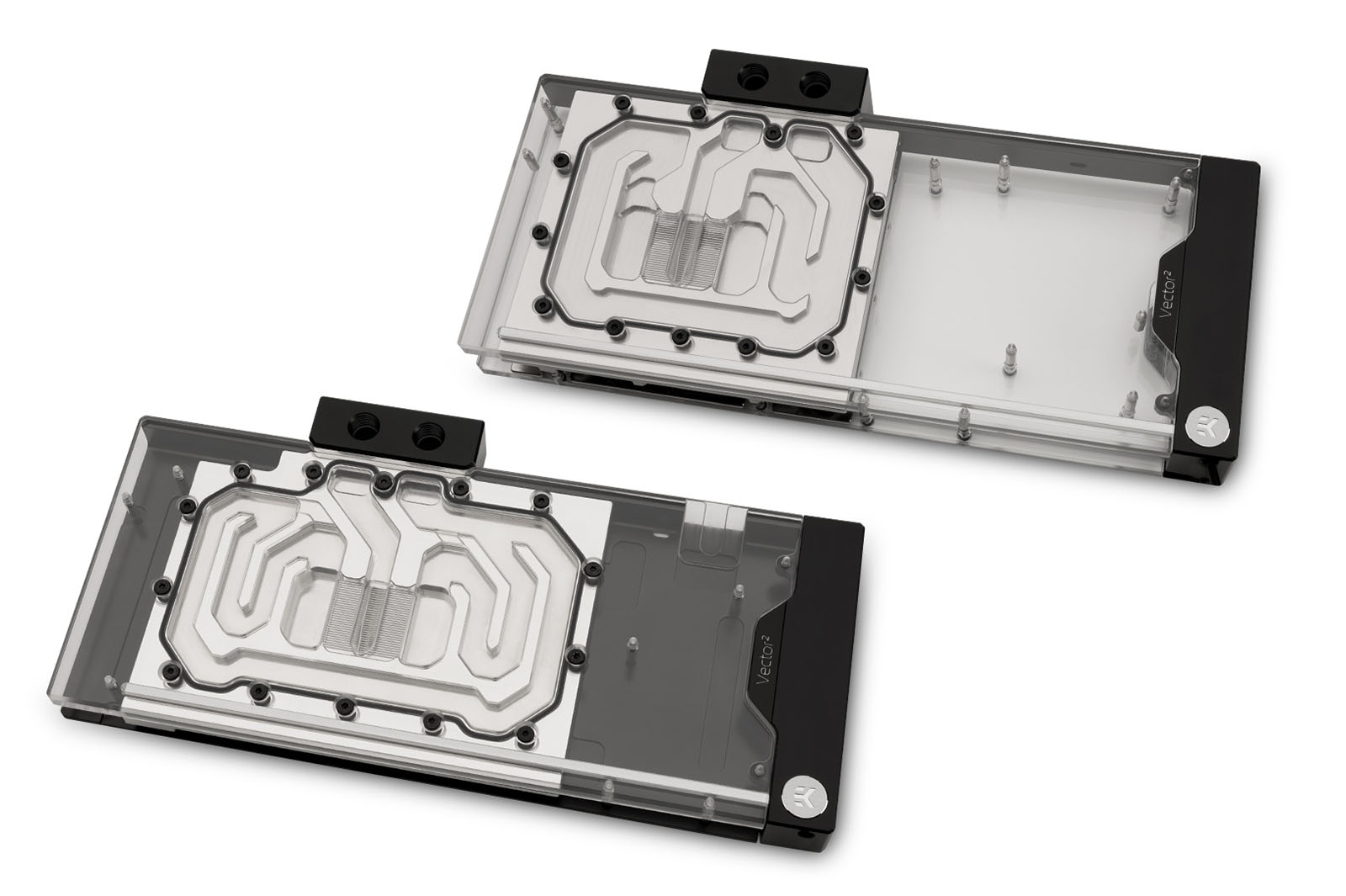 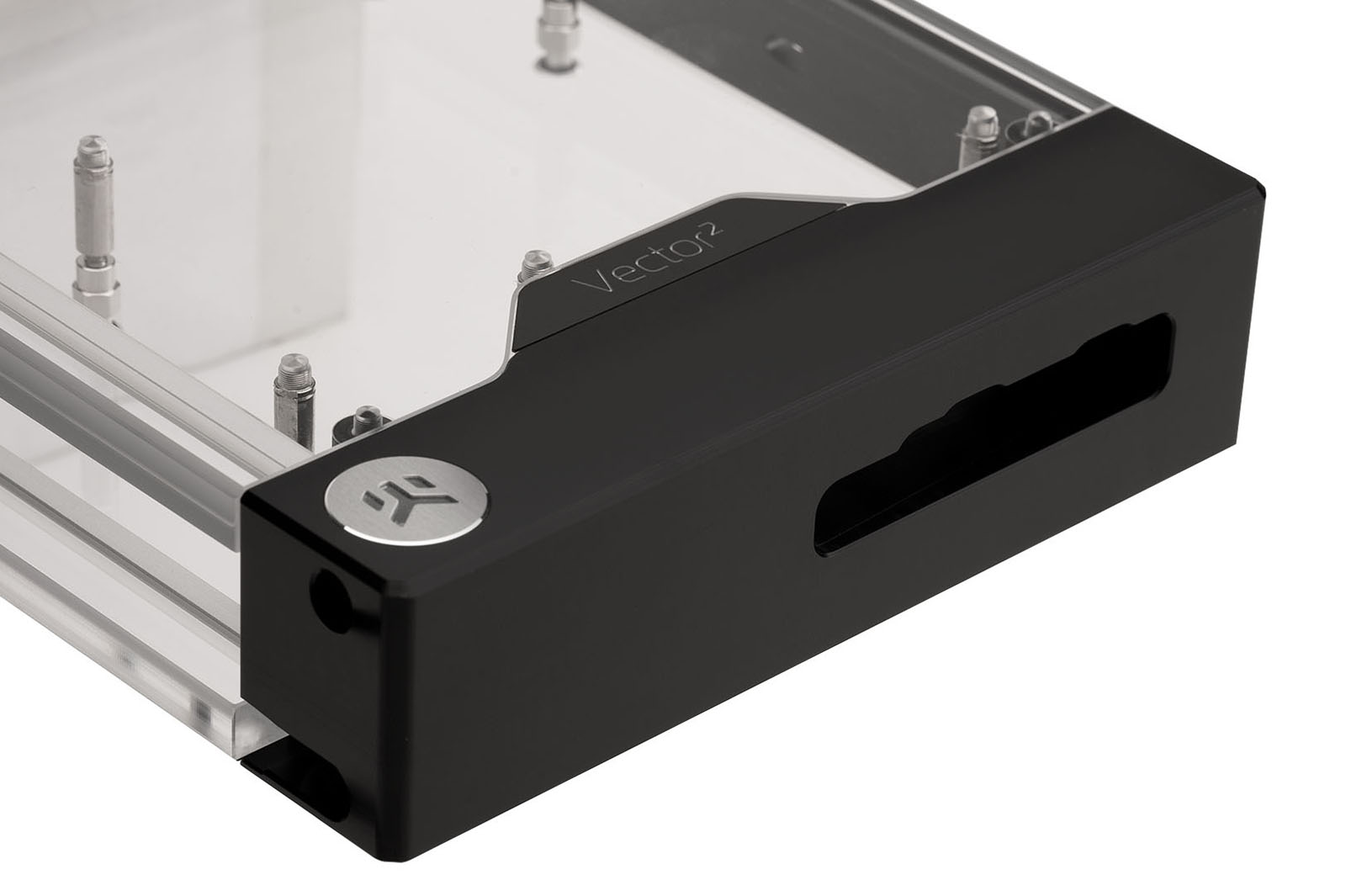 For more exciting news on upcoming liquid cooling gear from EK, be sure to catch the live stream of their “Strictly Quantum” show on June 9th at 19:00 CET.