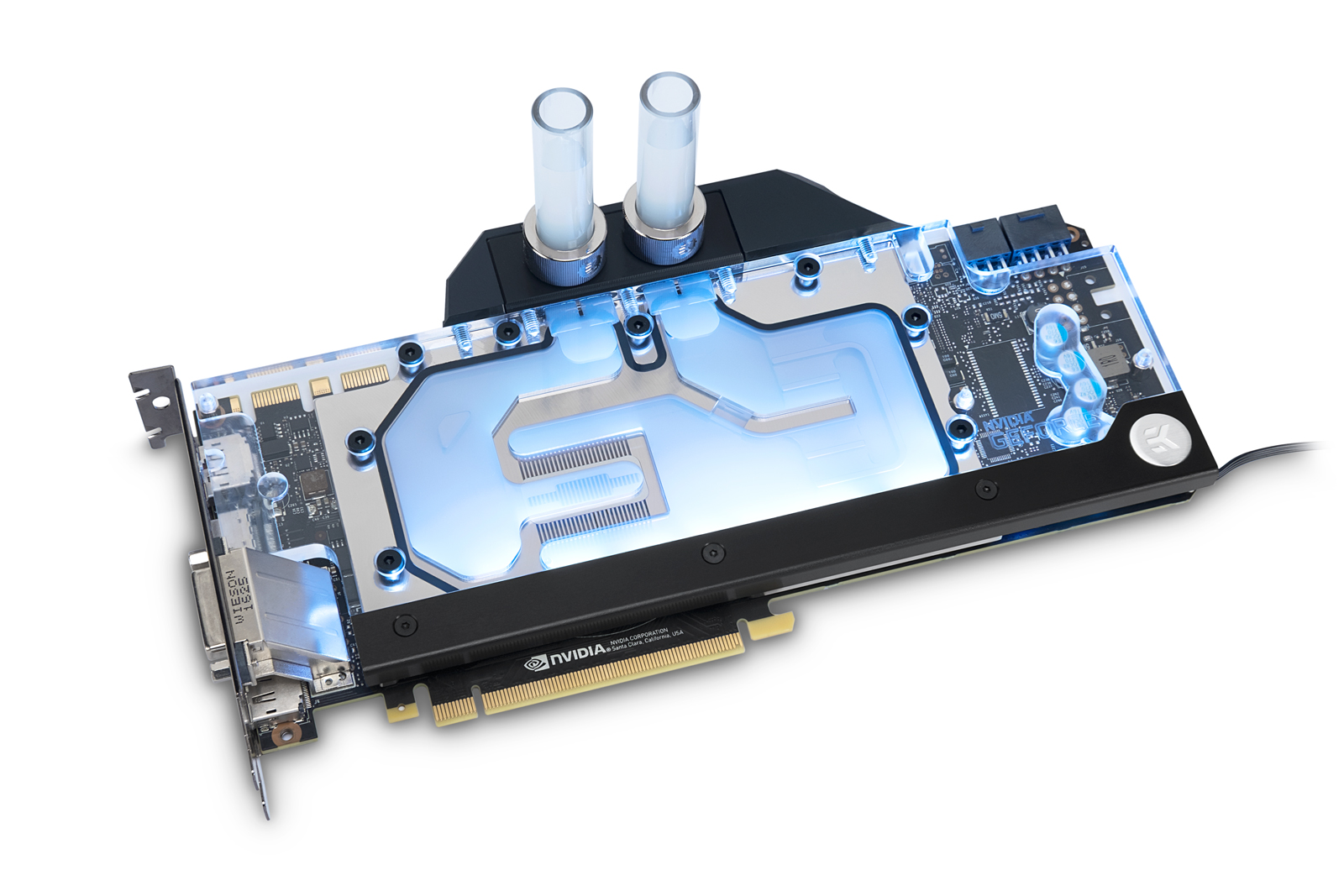 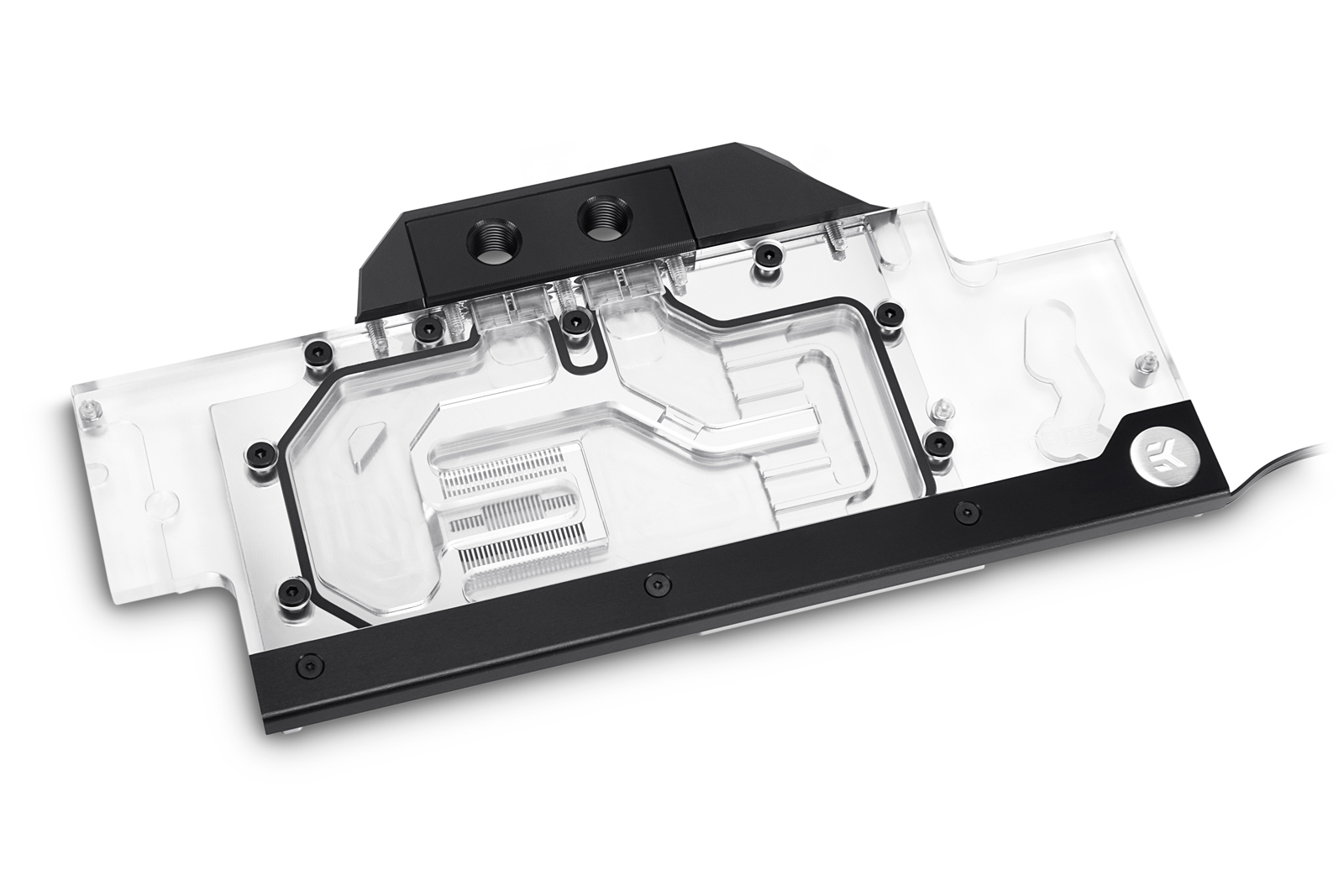 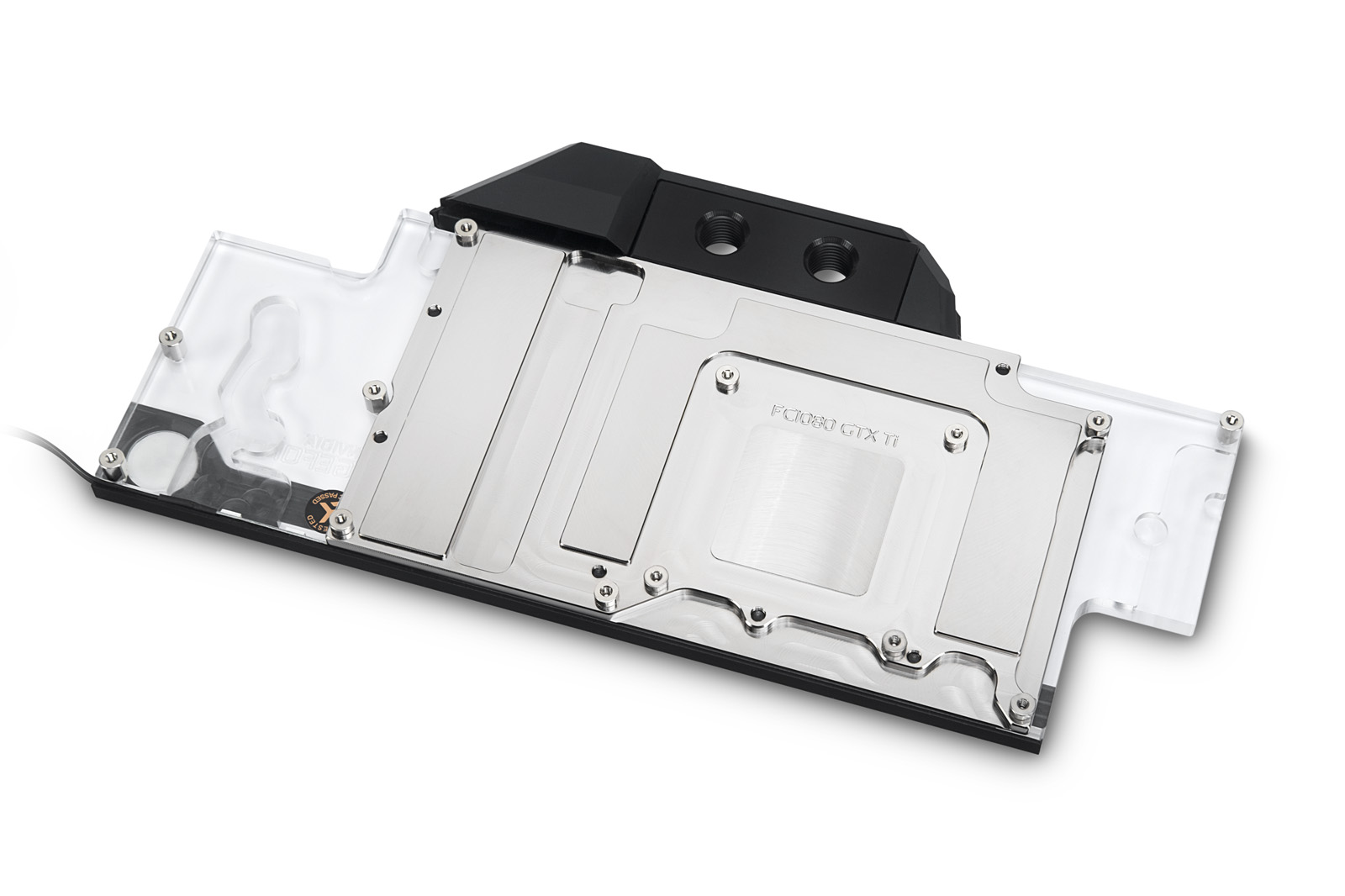 EK® recommends the purchase of aesthetic retention backplate which improves the looks of your graphics cards and also provides some passive cooling to the VRM circuit board. The EK-FC GeForce GTX FE RGB water block is compatible with all EK-FC1080 GTX Backplates, EK-FC1080 GTX Ti Backplates, and EK-FC Titan X Pascal Backplates.

The block also features a special plastic cover over the block Terminal, this add-on is designed to reveal the GeForce® GTX logo, visible from the side. Owners of Founders Edition NVIDIA® GeForce® GTX 1080 Ti GPUs can also purchase and additional single-slot I/O bracket which replaces the original two-slot in order to make installation of multiple graphics cards easier and also transforms the GPU into a gorgeous single slot solution. 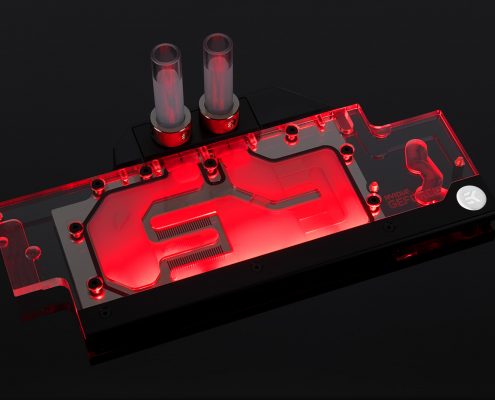 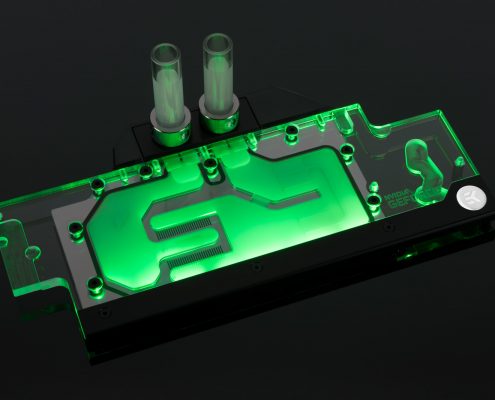 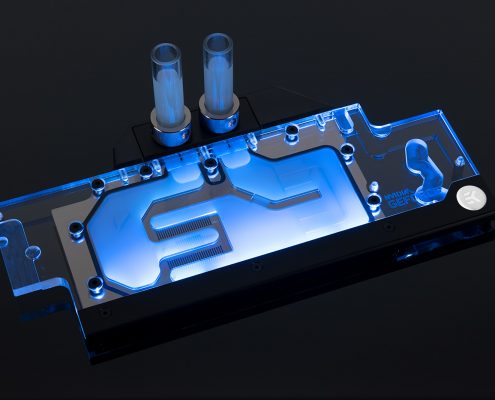