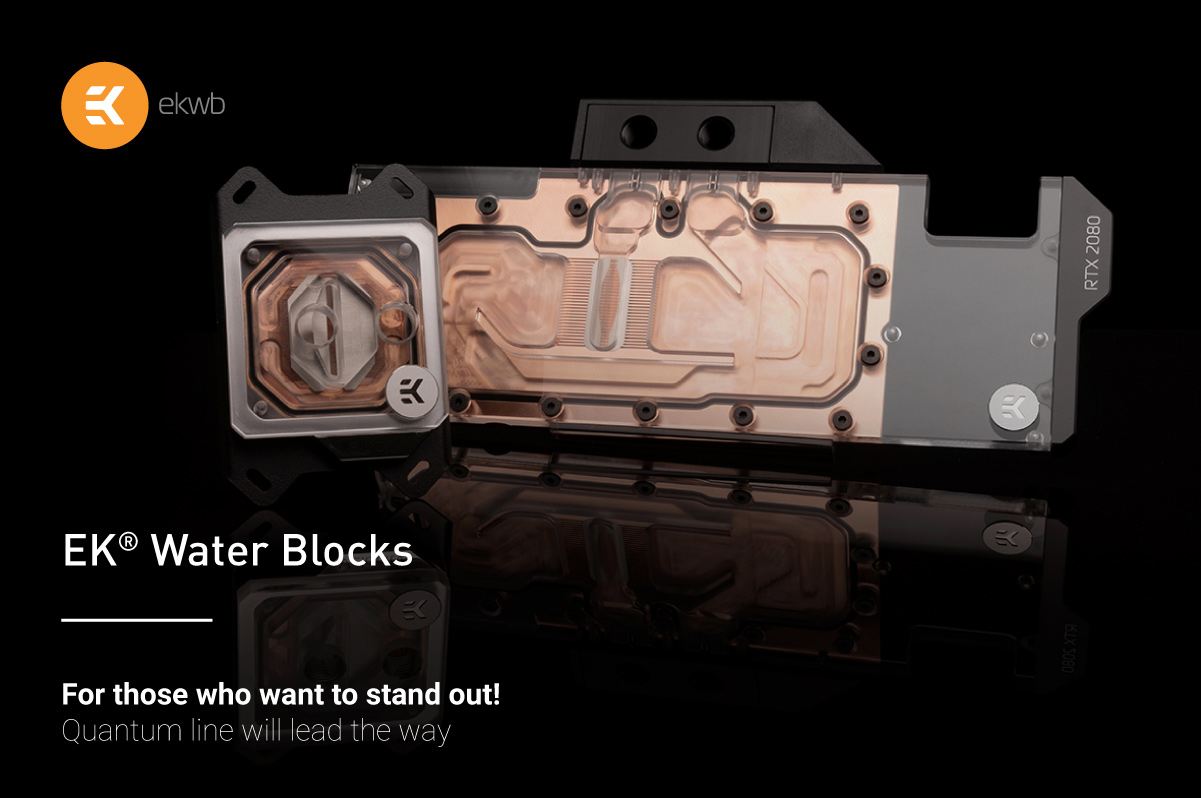 “It has been six years since EK® initially introduced the CSQ design language, the first of its kind in the industry,” said Edvard König, EK’s Founder and CEO. “It disrupted the market and set the bar for how water blocks were designed. We knew it was time to raise that bar again, and we developed our Quantum Line to do just that.”

Explained König: “The Quantum Product Line will offer a complete portfolio of products, starting with Velocity – our flagship CPU water block – and Vector – our GPU water block. They were developed around our Quantum Design philosophy that everything in the liquid cooling loop is interconnected. It’s why we considered performance in the context of the entire liquid cooling loop, not just the individual parts. This alignment is expressed through the new design language of the Quantum lineup of products. It is how Quantum will definitively stand out in the industry.”

The Quantum Product Line is now available worldwide through a network of partners and resellers, as well as directly through the EK Online Store.

Headquartered in Slovenia with US headquarters in San Antonio, TX, EK has offices around the world and is the leading premium liquid cooling gear manufacturer that delivers a full line of high-end solutions through a global channel of partners, distributors and resellers in more than 30 countries worldwide.