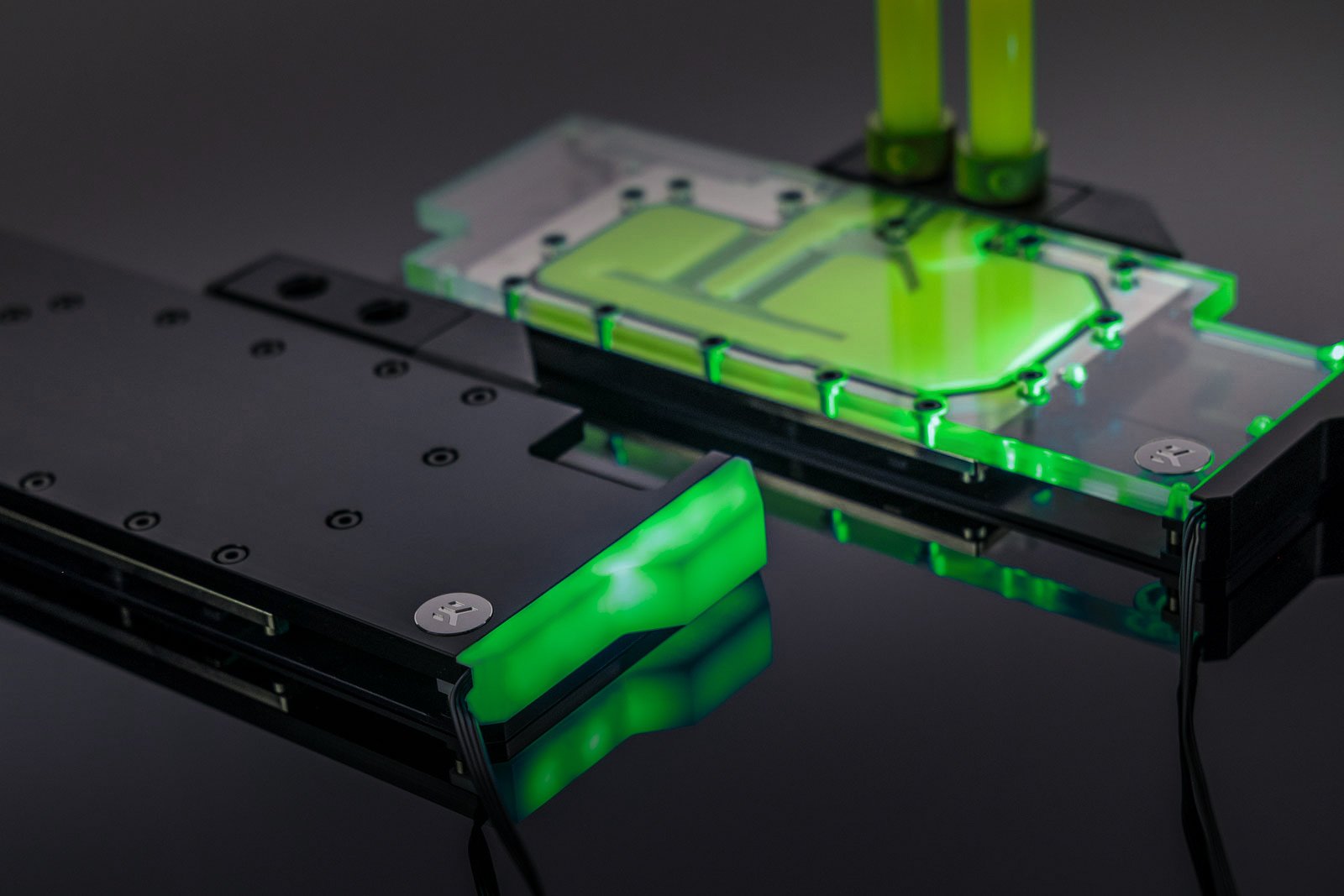 The EK® Vector RTX water block is specially designed for multiple NVIDIA® GeForce® RTX Turing based reference design graphics cards. The water block itself uses the signature EK® single slot slim look, and it covers the entire PCB length. This sophisticated cooling solution will transform your beefy graphics card into a minimalistic, elegant piece of a hardware. The block also features a unique aesthetic cover over the block Terminal which is designed to reveal the graphics card model, visible from the side.

The water block comes in eight different variations and each of them directly cools the GPU, VRAM and the VRM (voltage regulation module) as cooling liquid is channeled directly over these critical areas. This allows the graphics card to remain stable at high overclocks, intensive workloads and also enables it to run at its maximum Boost Clock. Ultimately, you can enjoy gaming at the highest possible performance of your graphics card, stutter-free in a low noise environment.

The eight variations include combinations of materials like bare electrolytic copper, nickel plated electrolytic copper, black POM Acetal, Acrylics with some of them having added standard 12V LED strips. Performance-wise all variants of the block are the same, the only difference being the overall aesthetics of them. 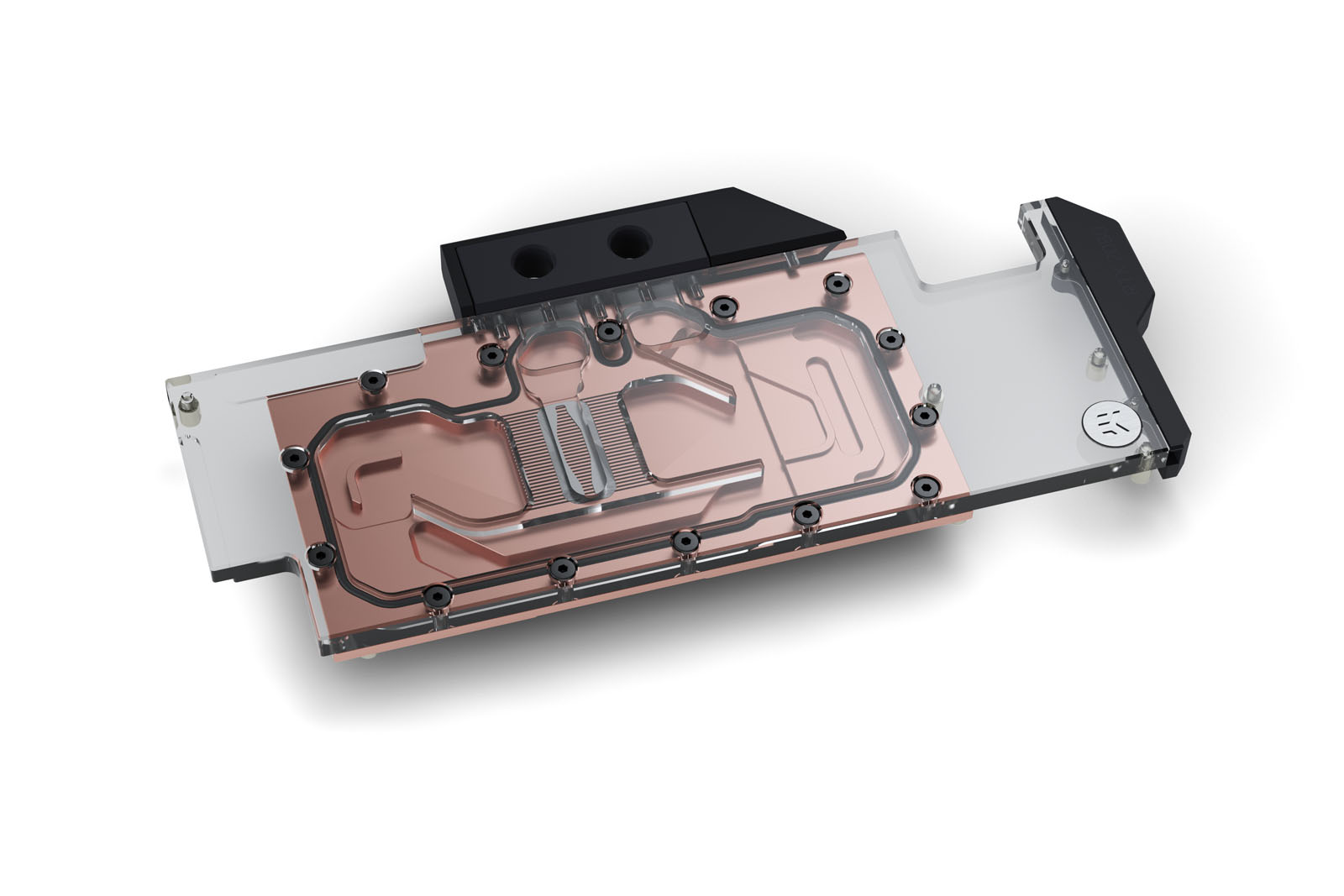 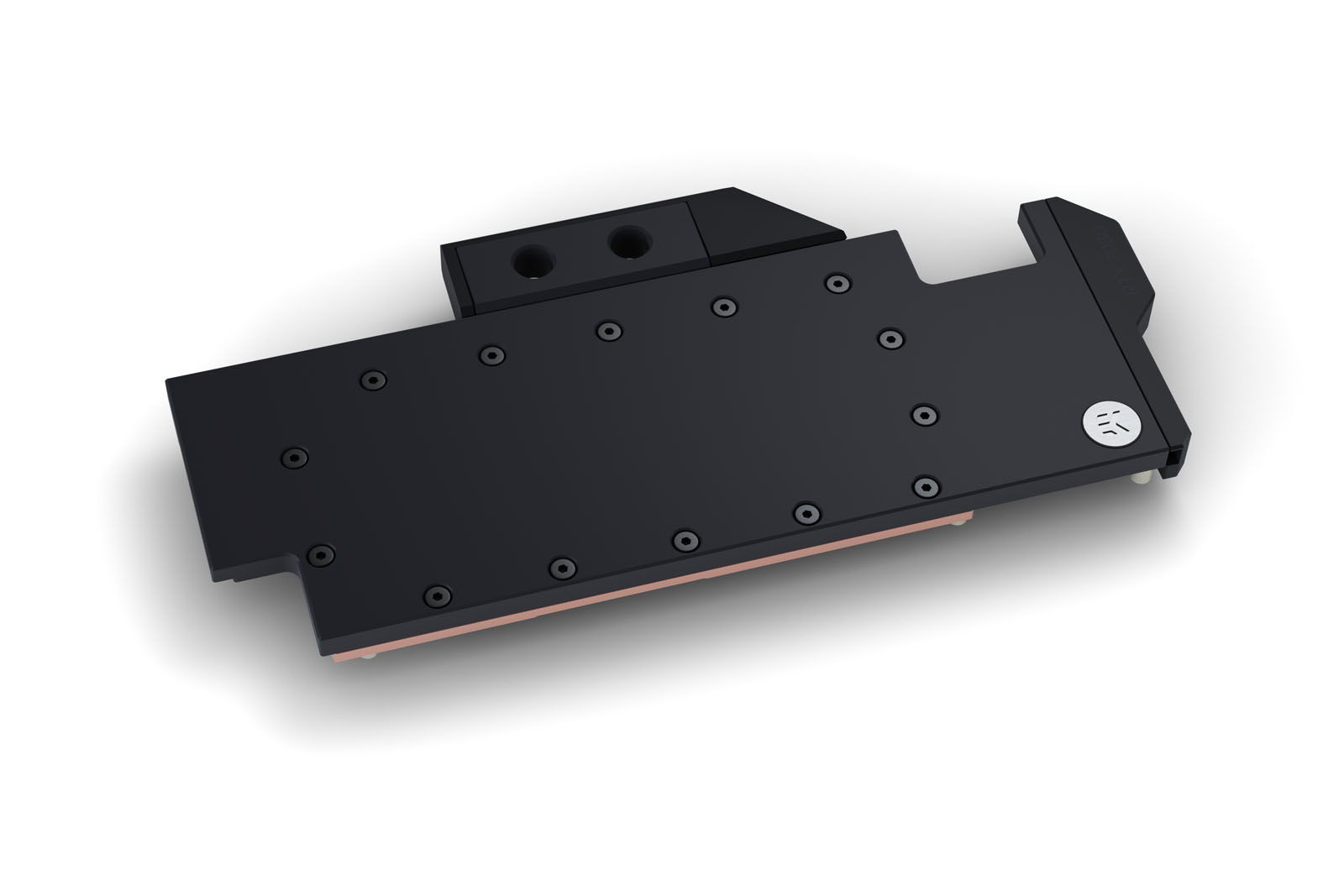 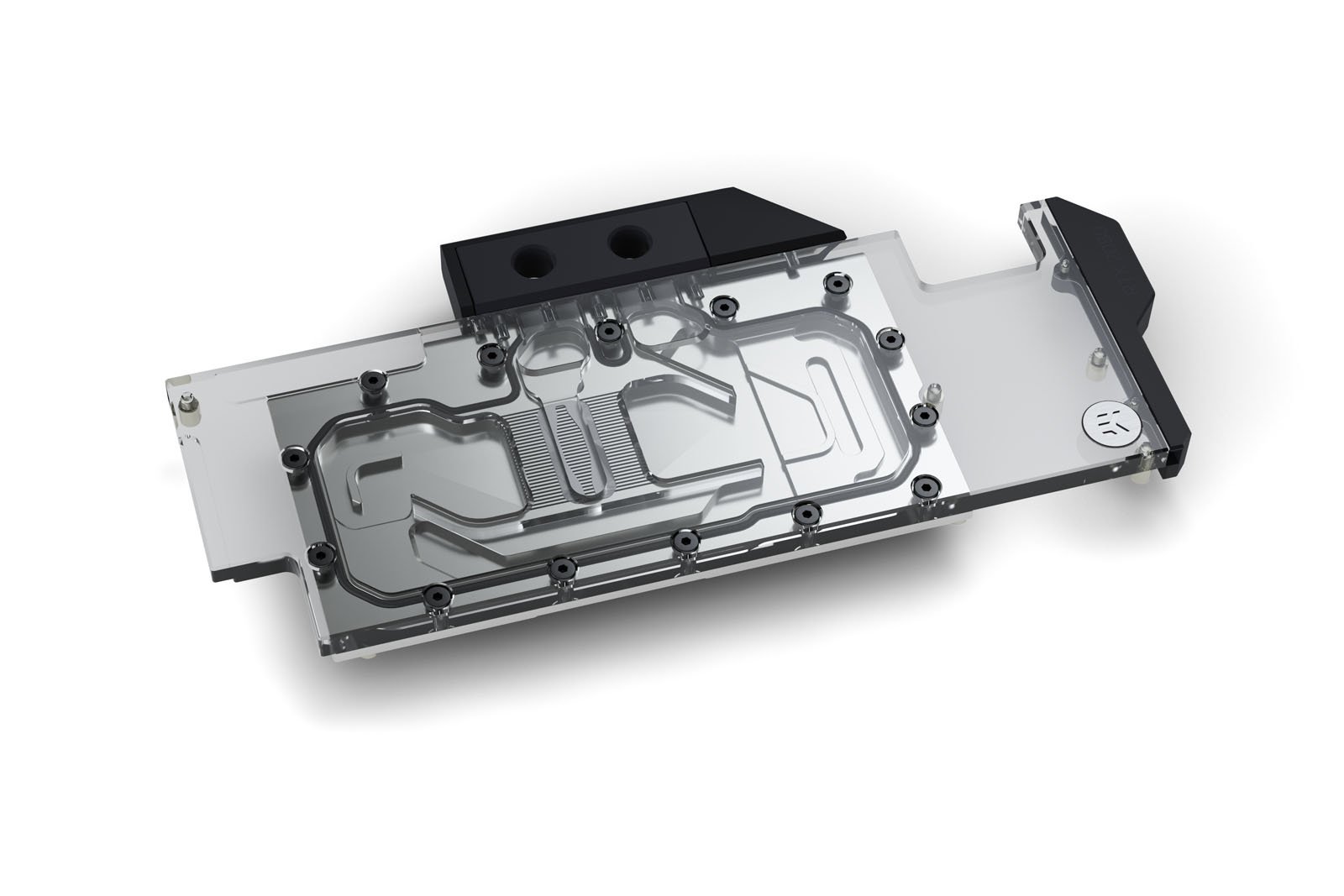 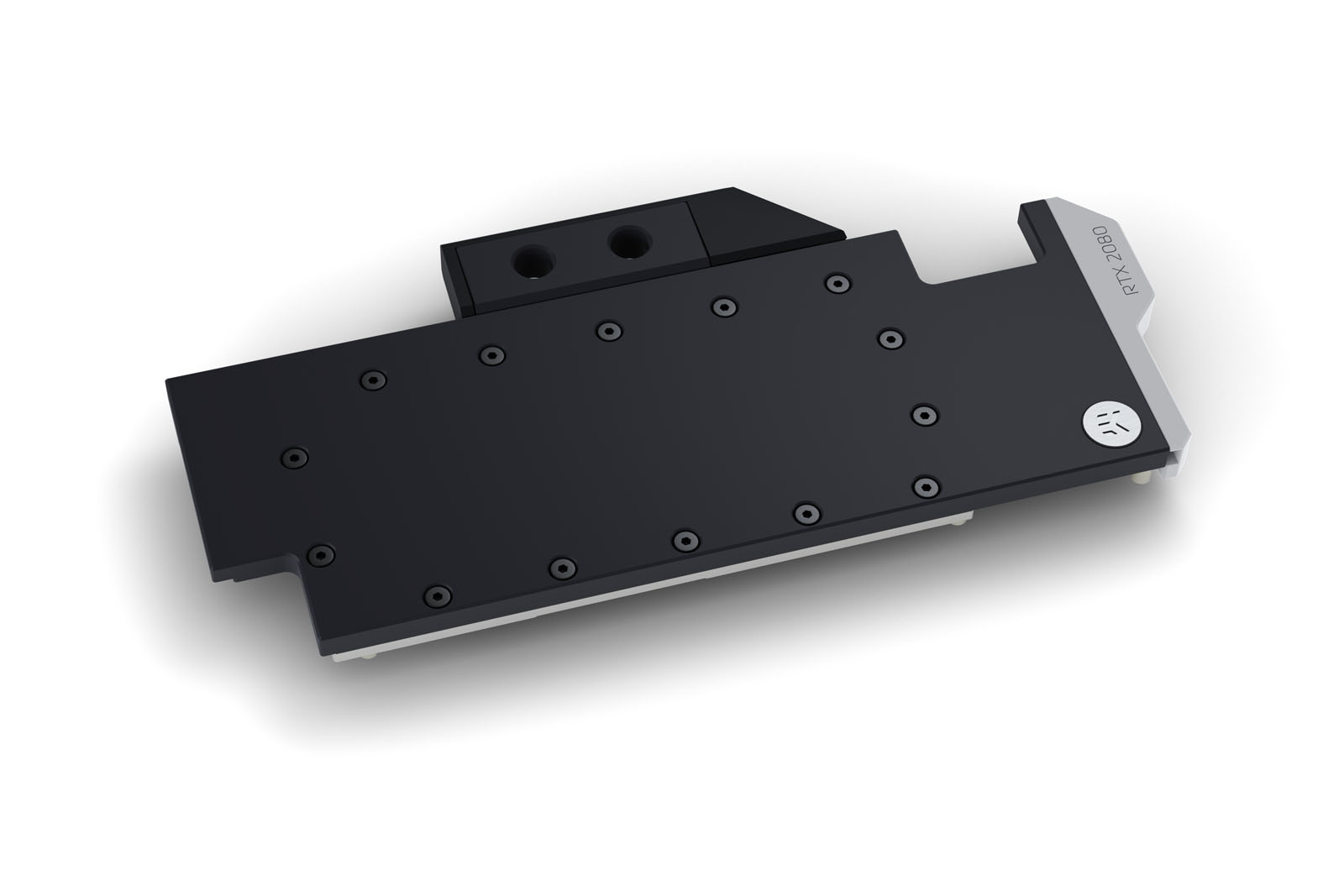 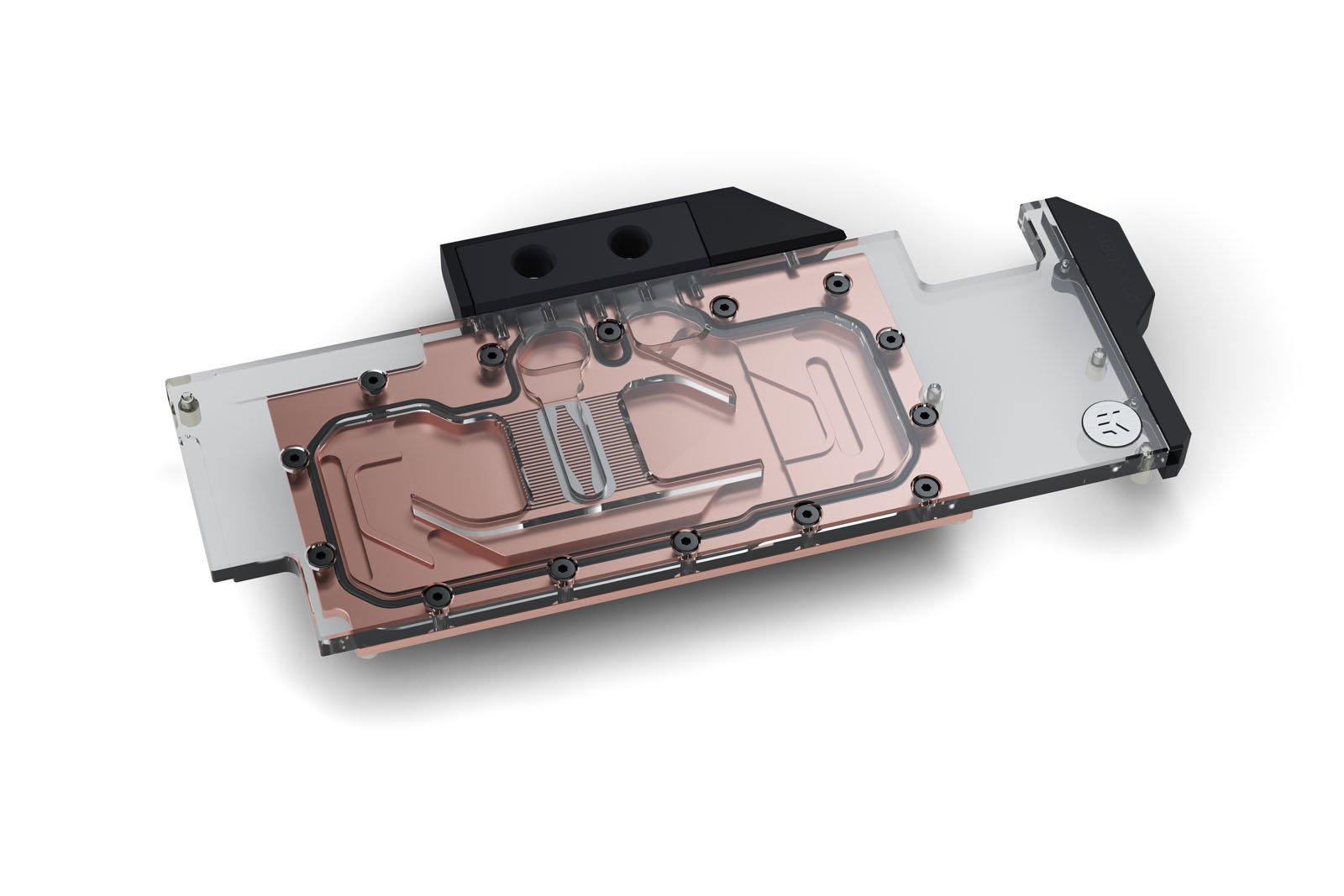 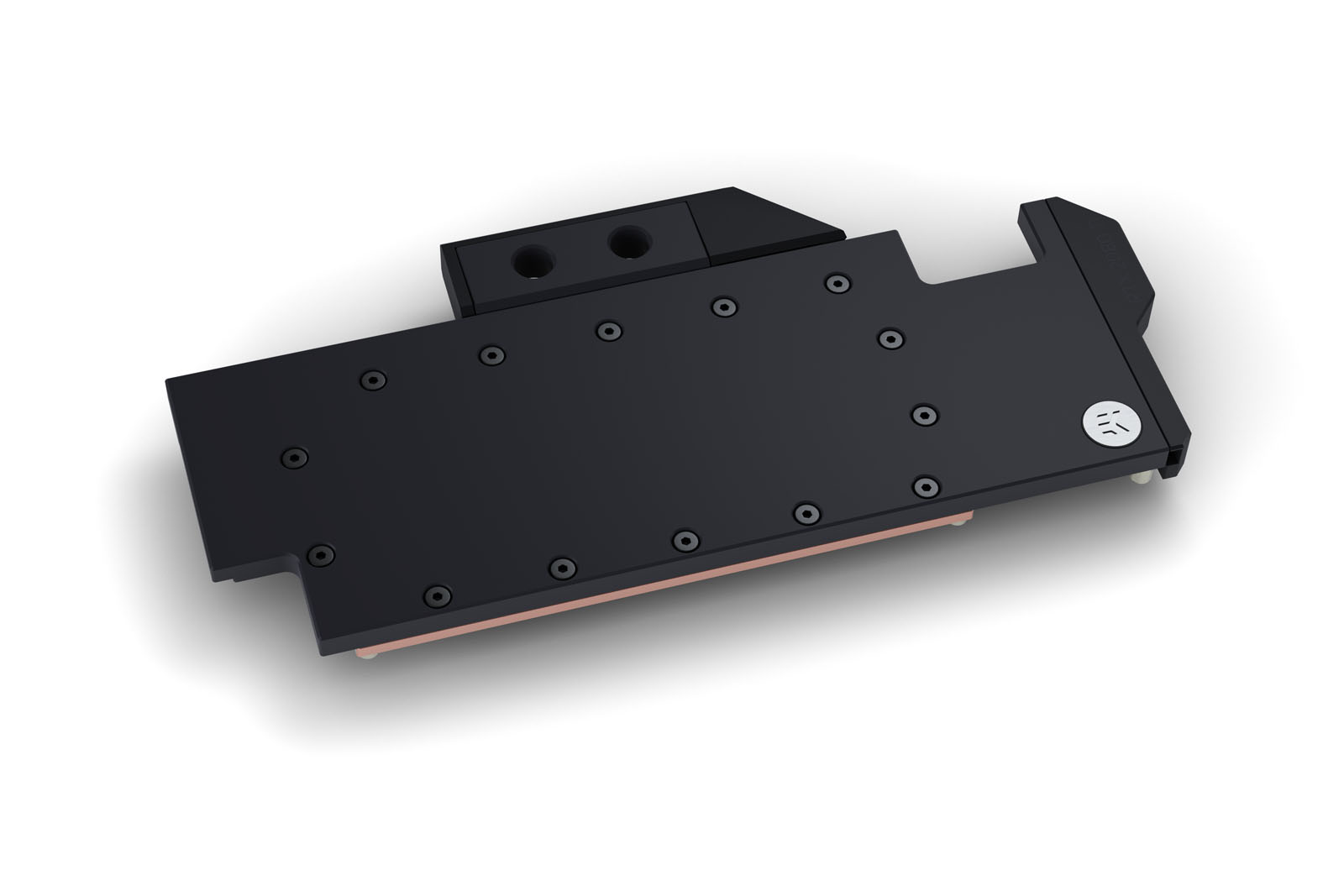 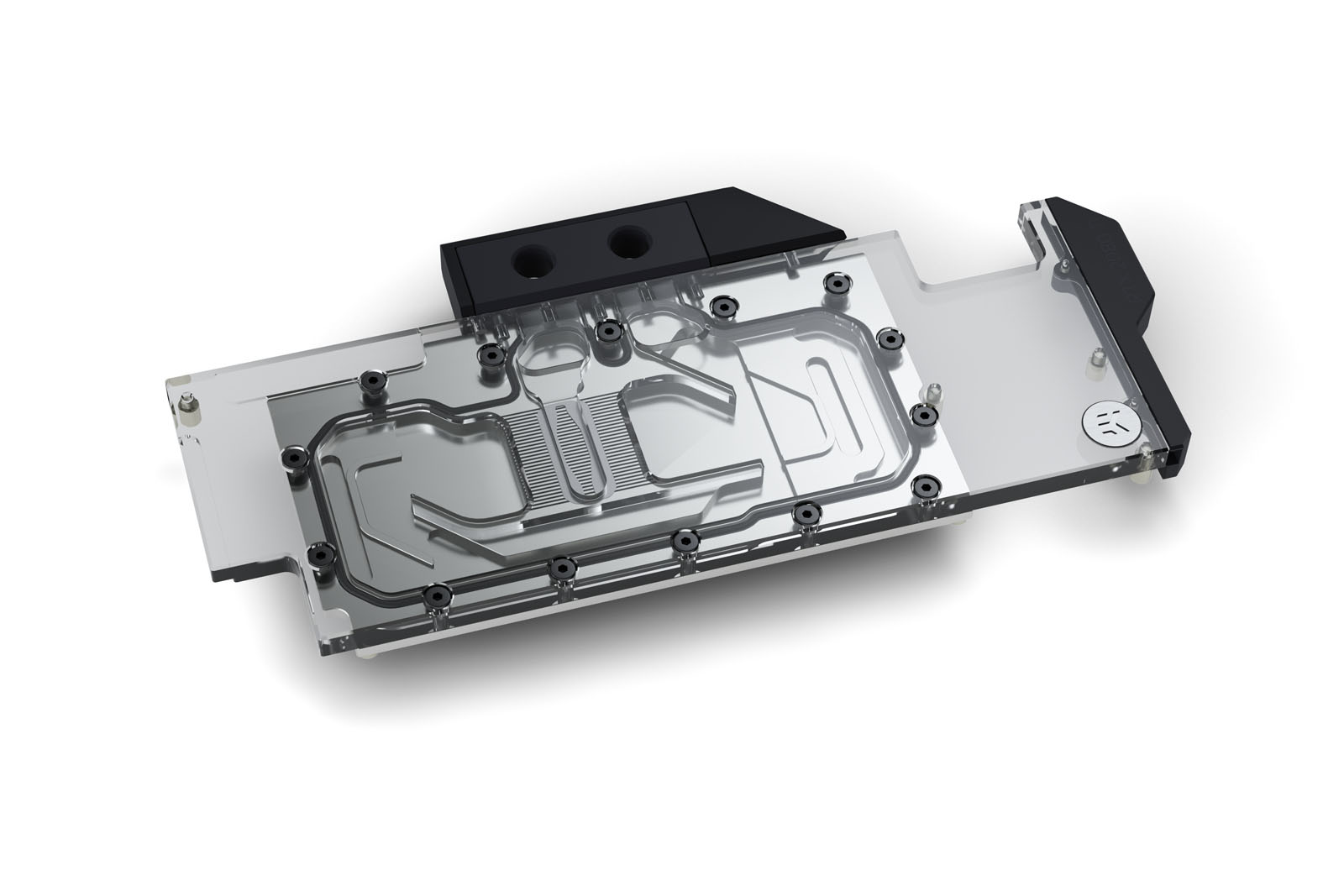 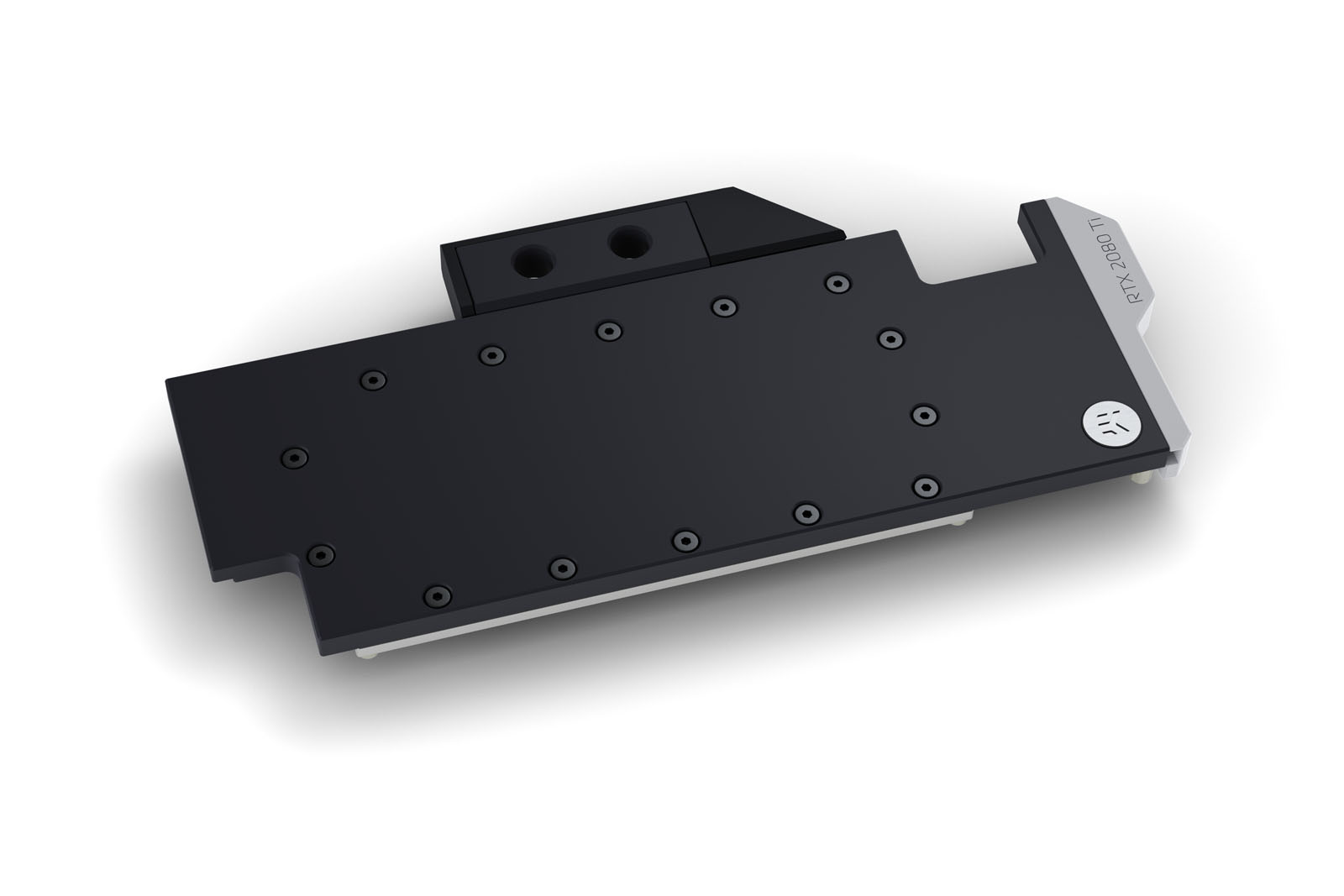 The newly developed water blocks feature a redesigned cooling engine that has a larger footprint compared to the previous generation of full cover water blocks. This results in a larger surface area for heat transfer which allows the increase of thermal performance of these water blocks.

The EK® Vector Series water blocks use an Open Split-Flow cooling engine design which proved to be a superior solution for GPU water blocks. It is characterized by low hydraulic flow restrictions, meaning it can be used with weaker water pumps, or pumps running on low-speed settings and still achieve top performance. The jet plate and fin structure geometry have been optimized to provide even flow distribution with minimal losses and optimal performances even when used in reversed water flow scenarios.

With the help of countless flow simulations, the coolant path has been revised over several iterations to ensure each surface and feature is optimally placed. Consequently, we were able to achieve excellent flow distribution with a design that embodies high thermal performance and the precise simplicity of the latest generation of full cover EK® GPU water blocks.

The new EK Vector series water blocks are not compatible with factory backplates, but only the EK Vector backplates that passively cool the graphics chip and VRM from the back side of the PCB. The new EK® Vector backplates are made of high-quality Aluminum and come in nickeled and black variants.

The Vector RTX 2080 series water blocks are made in Slovenia, Europe and are available for pre-order through EK Webshop and Partner Reseller Network. All pre-orders will start shipping on the 20th of September, 2018! Pre-orders for the EK-Vector RTX Backplate – Nickel are expected to start shipping on the 5th of October, 2018!  In the table below you can see the manufacturer suggested retail price (MSRP) with VAT included.