You’re a liquid cooling company, why do you have only the EK m.2 heatsink and no water blocks for hot m.2 NVME SSDs?

SSD cooling has been a topic that’s discussed a lot lately. Some people say “yes, you should cool it”, some people disagree. In this article we’ll be covering the benefits and drawbacks of cooling an SSD, and when do these drawbacks actually happen. 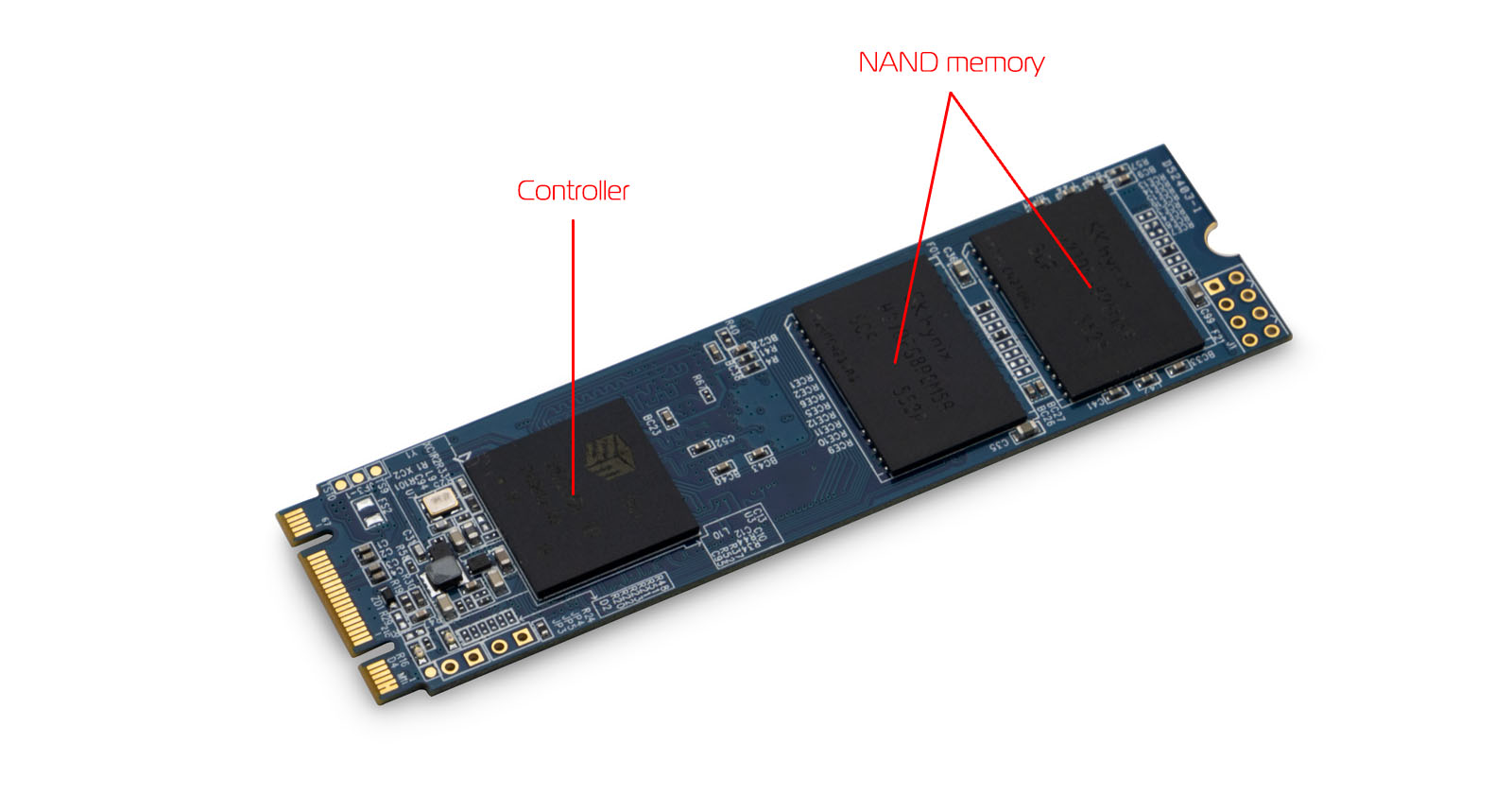 Let’s start off by explaining a bit more about what are the hot parts of an m.2 NVME SSD. The two primary sources of heat on an SSD are the controller and the NAND memory chips. On fast m.2 NVME SSDs, power consumption is increased in order to facilitate read/write speed increase, and as more power is used they get hotter. Naturally, there are other factors involved as specific controller used, etc. but this is the general rule of thumb.

Cooling the SSD pros are sustainable write/read speeds even during prolonged use, as in very large amounts of data, and lifecycle increase of the controller and electronic components on it as well as longer data retention.

But when does the harmful effect of NAND memory cooling come into play?

In cases of the SSD drive being used constantly for writing data on it, and the temperatures of the NAND memory going close to ambient you can say that you’re noticeably reducing the lifespan of the drive. As long as the NAND memory stays warm, as in 50’s or more degrees, it is doubtful lifespan will be affected at all. But making the NAND cells cooler prolongs data retention time. All EK employees that utilize m.2 drives have them cooled by the EK-M.2 NVME heatsink, and we’ve yet to have a failed drive. We make the product for our customers as if we were making it for ourselves.

So if cooling the SSD has almost no drawbacks, why not make a water block?

The reason is explained in the paragraph above. A water block would effectively bring the temperature of the NAND memory close to ambient, which could result in the lessened lifespan of the drive. We’ve set out to make to better the PC platform and prolong hardware life, not potentially lessen it. So while the technology is as is, and NAND memory being better off warm, we’ll be staying on heatsink solutions which do not cool the NAND memory enough to ever make it an issue. Unless your PC is in a sub-zero environment in which case, that will be the least of your issues. 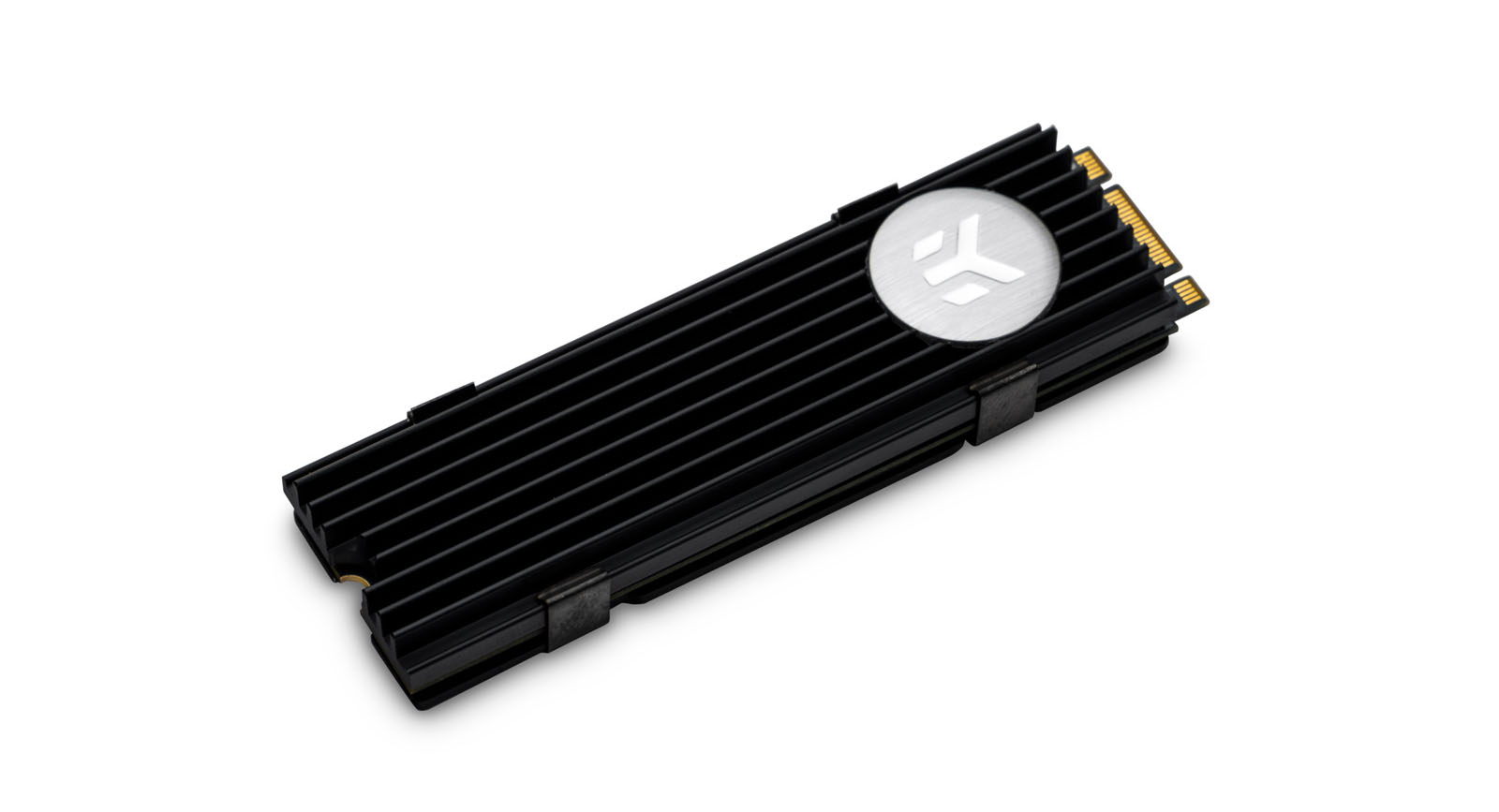 Another thing to note is that we’ve seen some motherboard vendors make integrated heatsinks for the M.2 drives which are a solid block of aluminum. Those effectively act as a heat buffer, rather than a heat sink, due to a high amount of material that can absorb heat and not enough surface to dissipate it. What you get there is more time before it starts to throttle speed down. So be mindful of that, and always pick a heatsink that is “ribbed” which significantly increases heat dissipation area.

The EK-M.2 NVME heatsink has just the right amount of cooling to keep the NVME controller cool and the NAND flash memory warm enough not to reduce its lifespan.

Scan the QR code on the box to access the manual