According to Moonman‘s latest posting in his multi-platform water block comparison review, published on XtremeSystems, the EK-Supremacy is found to be the highest performing CPU water block for the latest Intel® Core® i7 LGA-2011 Ivy Bridge-E architecture CPU.

Each loop consisted of a 480mm radiator and a powerful DDC 3.2 PWM water pump. All eleven water blocks were put through the same testing pace. With 5 different platforms already tested this is without a doubt one of the largest and most rigorous testing ever published.

Contrary to most reviews out there the reviewer let the numbers speak for themselves, also no award is given at no stage stage of the testing. 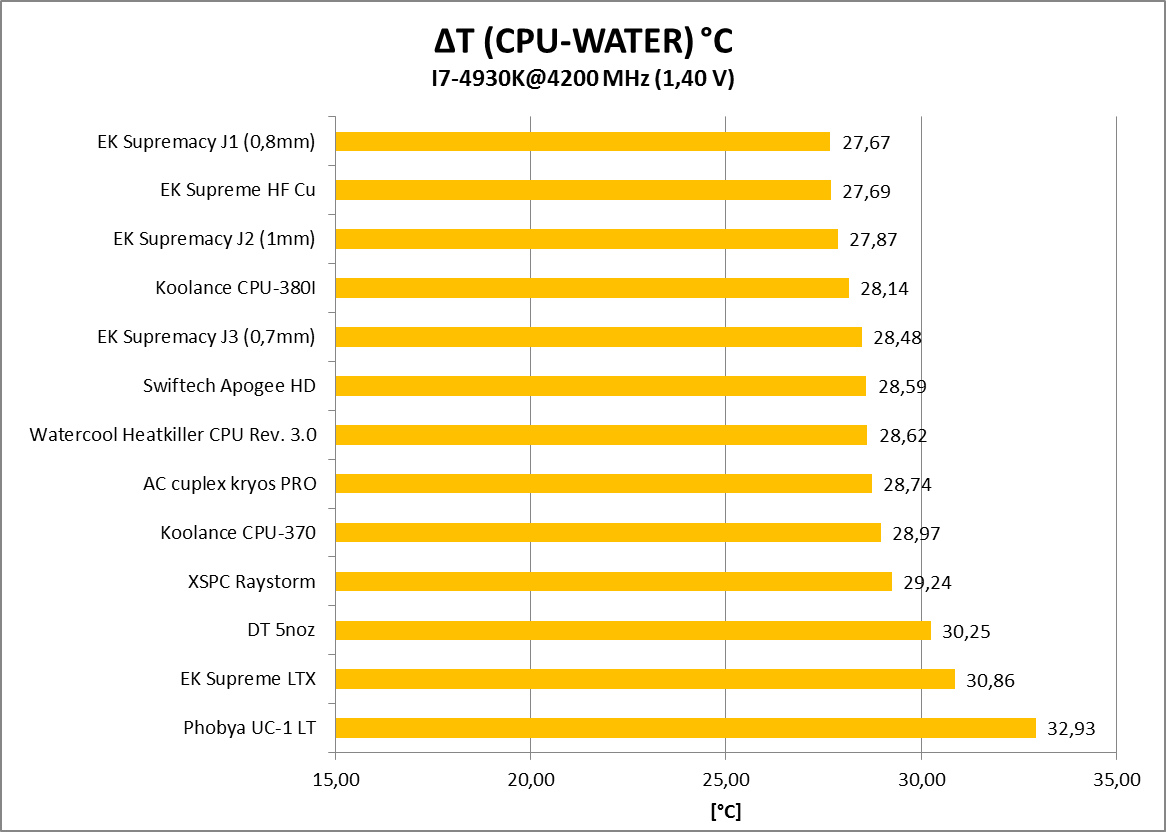 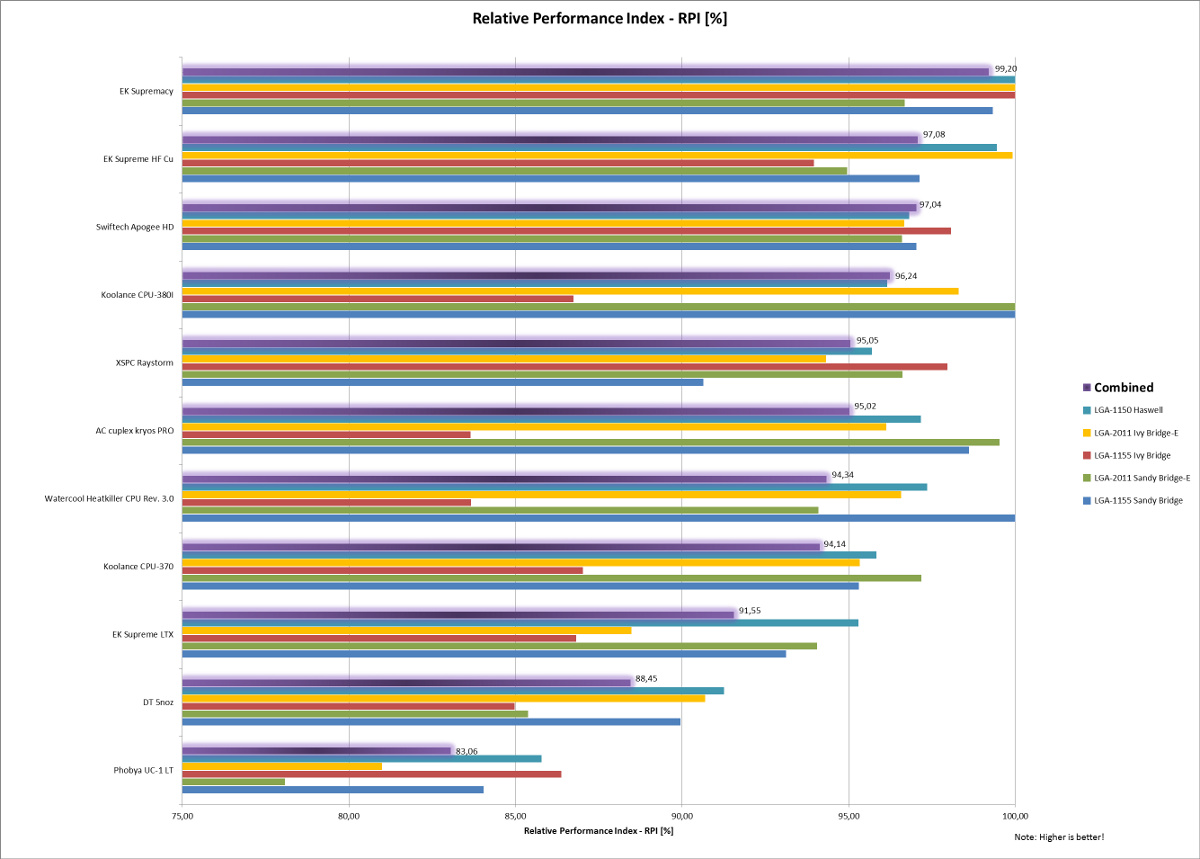