After the launch of water blocks for the 40 Series NVIDIA® GeForce® RTX™ graphics cards, EK®, the premium liquid cooling gear manufacturer, is introducing the ultimate cooling solution for these flagship GPUs. EK-Quantum Vector² FE RTX 4090 D-RGB ABP Set is, as the name says, a set of water blocks covering both the front and the back of the graphics card. The front is cooled by a water block identical to the already launched model, while the active backplate water block cools the backside of the card. 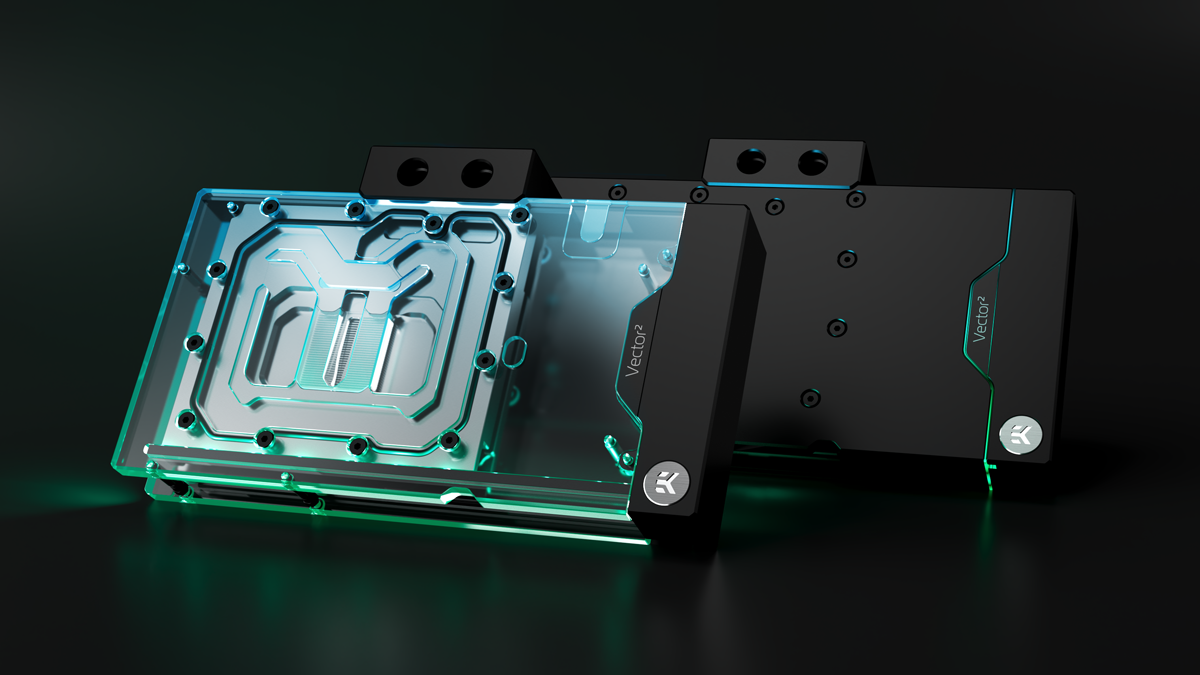 The all-new RTX 4090 FE cards are expected to be significantly more powerful than their 30 Series counterparts. And while their efficiency is also improved, these cards still pull up to 450W, which means they will benefit even more from water cooling.

This ultimate cooling set consists of a high-performance GPU water block and the latest generation of Active Backplate cooling solutions in a single enclosure. Although FE 4090 does not have VRAM on the backside, the active backplate still helps lower temperatures by cooling the PCB behind the core, VRM, and VRAM. Since the PCB has a lot of copper, it soaks a lot of heat, transferring it across its surface and warming other components. By effectively cooling the PCB, the entirety of the GPU becomes cooler. 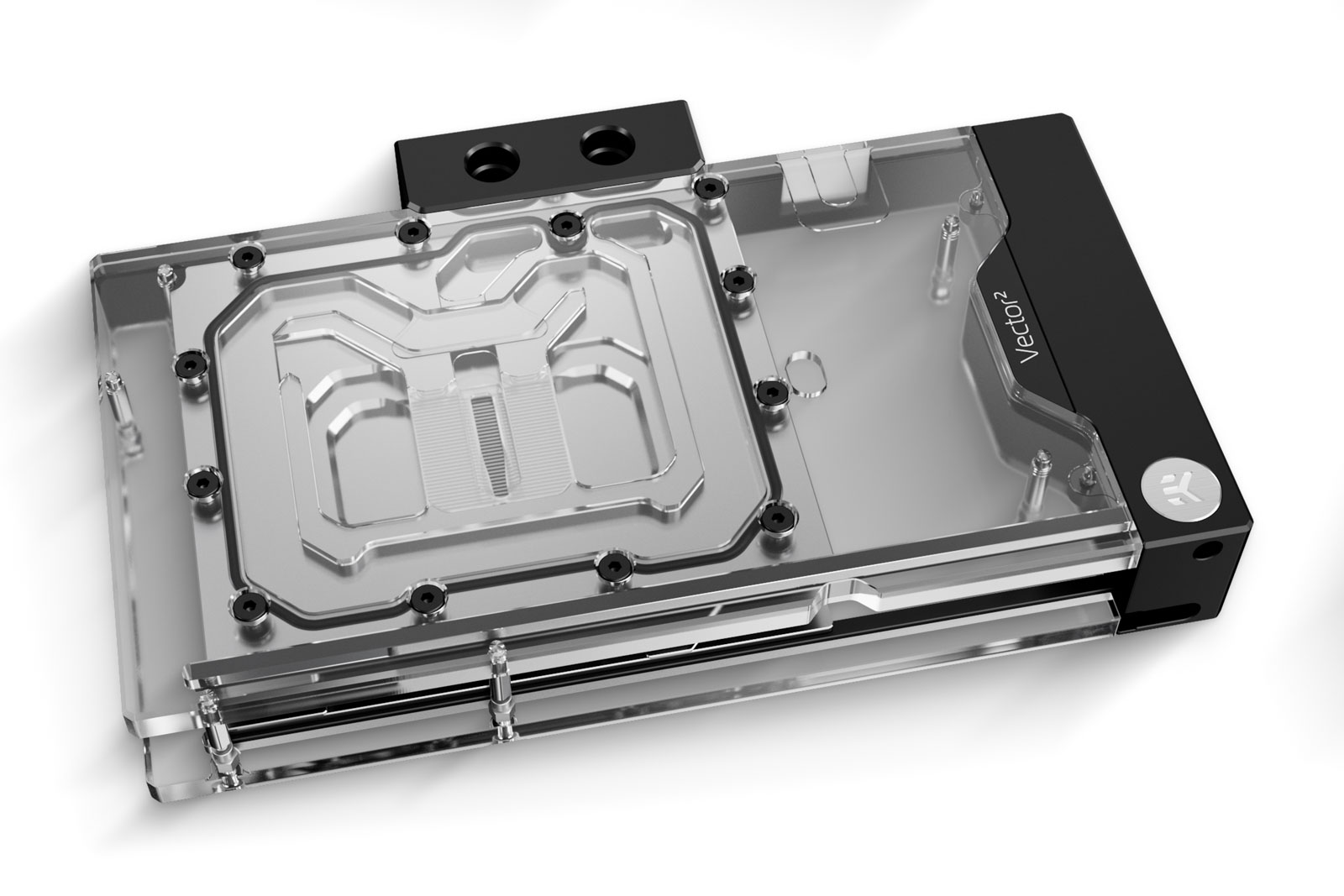 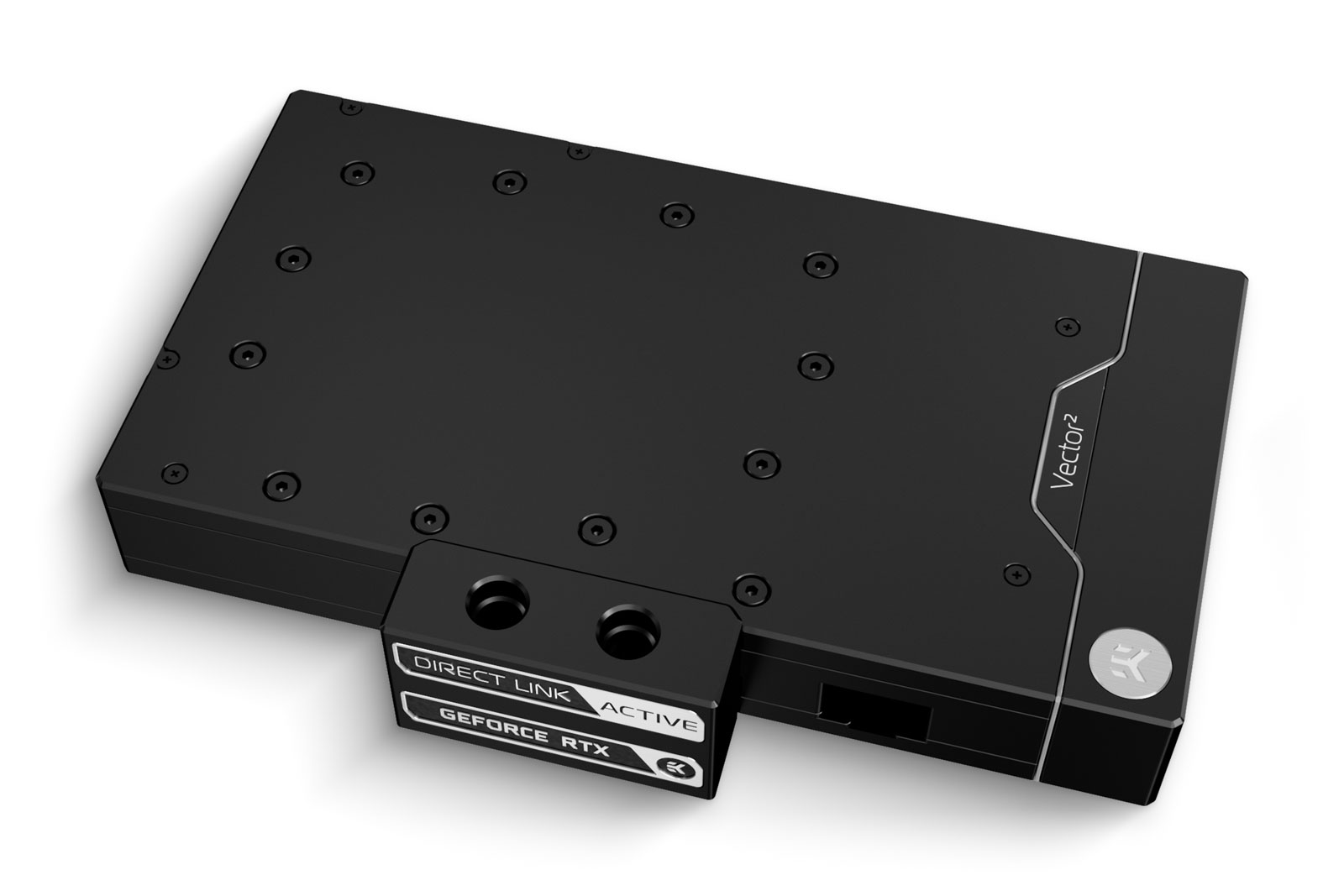 The active backplate is a full-blown water block with its own copper coldplate and a full-length acrylic or acetal top. The connectivity is also taken to another level with “Direct Link” terminals that implement a conventional 4-port layout, allowing serial and parallel connections from adjacent or opposing sides of the block. 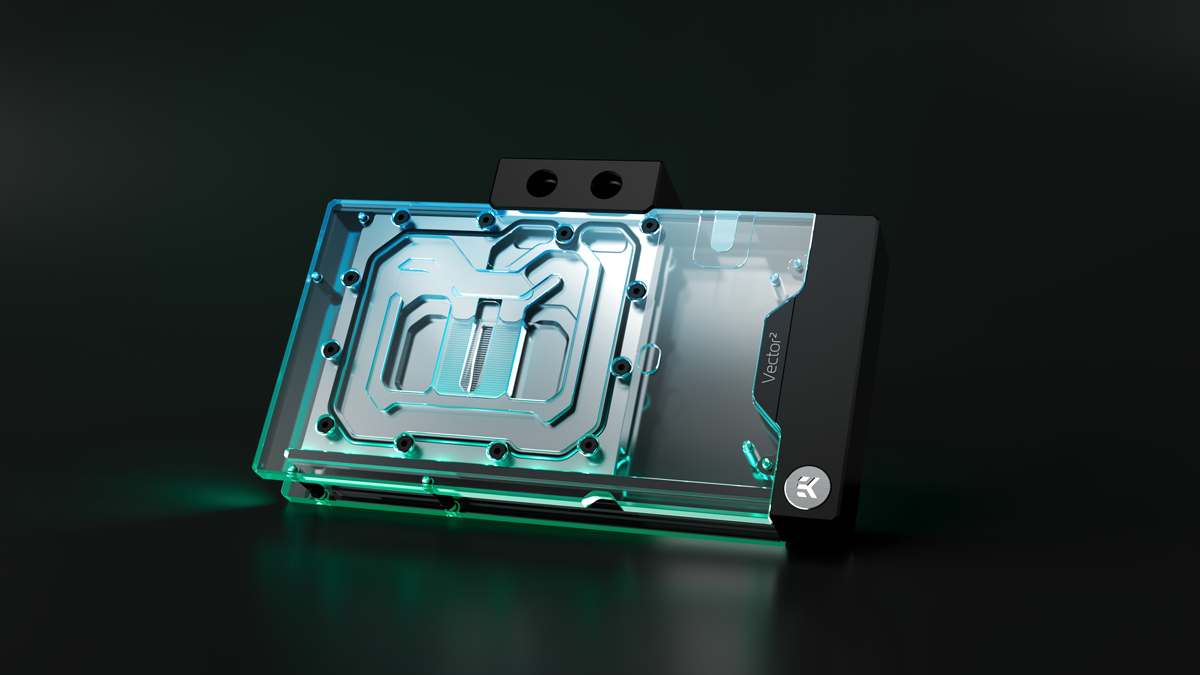 This is the ultimate combination of a Vector² water block, an Active Backplate, and a mounting mechanism, available in Nickel + Plexi and Nickel + Acetal versions. Both versions come with an included EK-Quantum Vector² FE RTX 4090 D-RGB ABP Side Cover in the anodized black finish. The side cover is placed between the GPU water block and the active backplate to conceal the GPU PCB. This allows users to buy the ultimate all-around cooling set for their GPU, ensuring the best possible cooling and performance uplift. 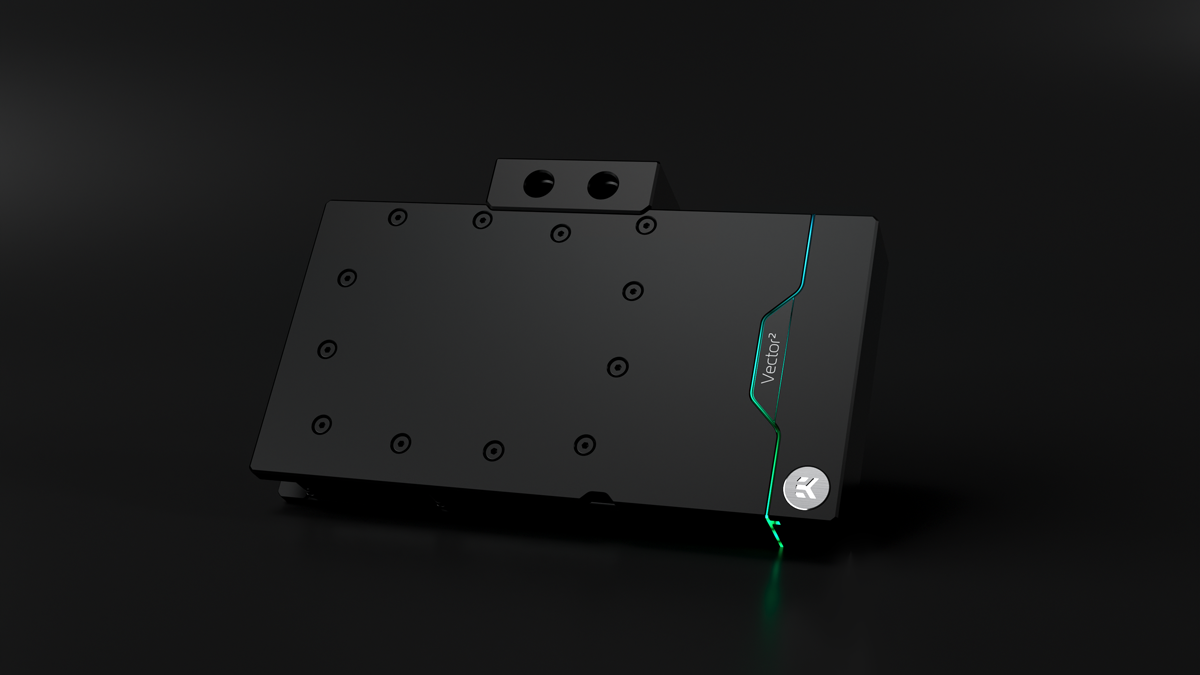 EK-Matrix7 standardizes the dimensions of products, including the port position and spacing, thus making liquid cooling loop assembly more intuitive and easy. All Vector² products feature full EK-Matrix7 compliance in every axis, ensuring easy integration and alignment with other EK-Matrix7 products. This perfect alignment of ports in both horizontal and vertical positions means less time spent planning the loop, bending tubes, etc., with the end result being an epic build.

The EK-Quantum Vector² FE RTX 4090 ABP Sets are available for pre-order through EK Webshop and Partner resellers. EK will update you with the exact availability dates as soon as possible. The table below shows the manufacturer-suggested retail price (MSRP), VAT included.