The upcoming water blocks are engineered and developed in cooperation with their respected partners, such as AMD®, ASUS® and NVIDIA®. Full Cover water coolers such as EK-FC R9-295X2, EK-FC Titan Z as well as both Matrix variants will directly cool the GPU, RAM as well as VRM (voltage regulation module) as water will flow directly over these critical areas thus allowing the graphics card and it’s VRM to remain stable under high overclocks.

All six graphics card water blocks will feature side-attached Terminal port system – up to four water blocks could be used on a single ATX form factor motherboard by using EK-FC Terminal (DUAL, TRIPLE or QUAD type) system or other means of interconnectivity. Again, these blocks will also feature a high flow design allowing the products to be used in liquid cooling systems using weaker water pumps. 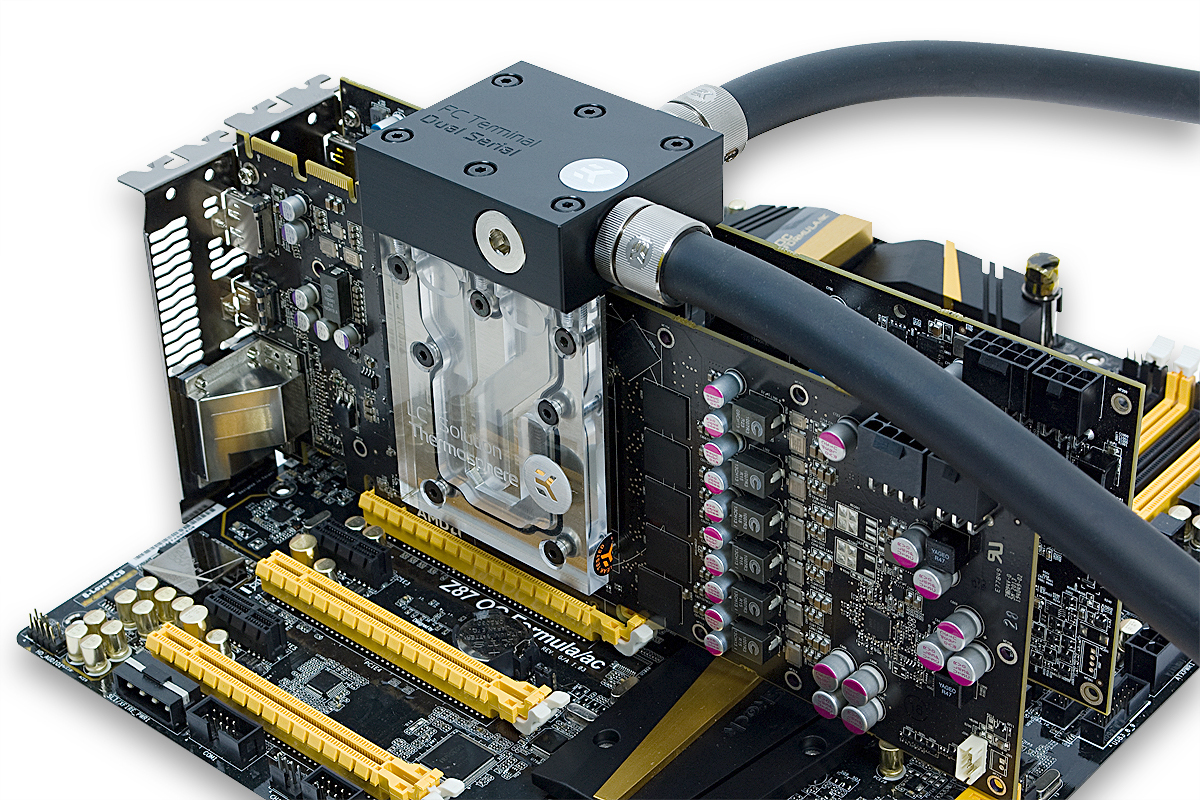