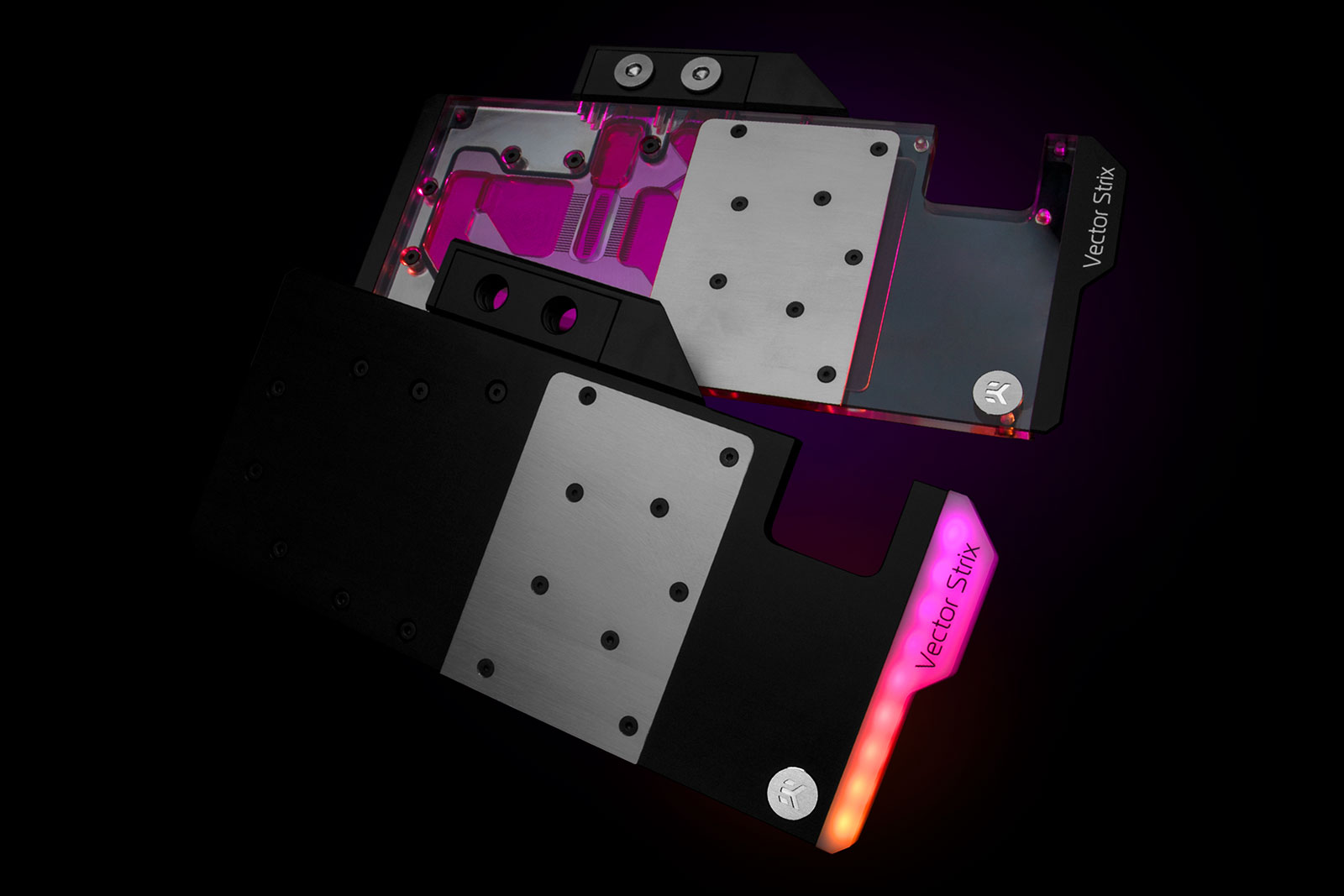 With this full cover water block, cooling is directed at the GPU, 8GB of GDDR6 memory, and VRM (voltage regulation module) as liquid is channeled directly over these critical areas. These newly developed Vector water blocks feature a redesigned cooling engine that has a larger footprint compared to the previous generation of EK® Full Cover water blocks. This results in a larger surface area for heat transfer which increases the thermal performance of these water blocks. 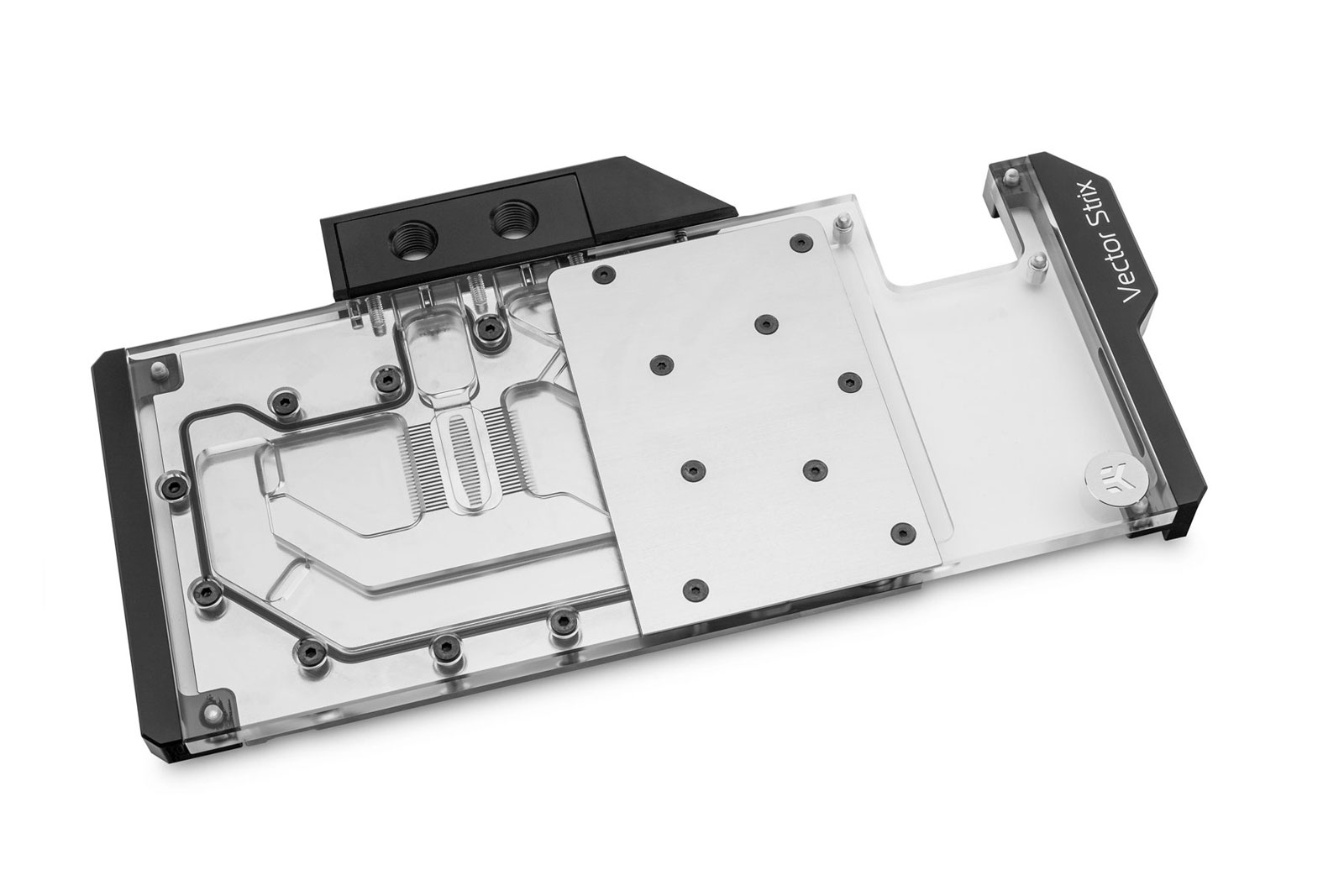 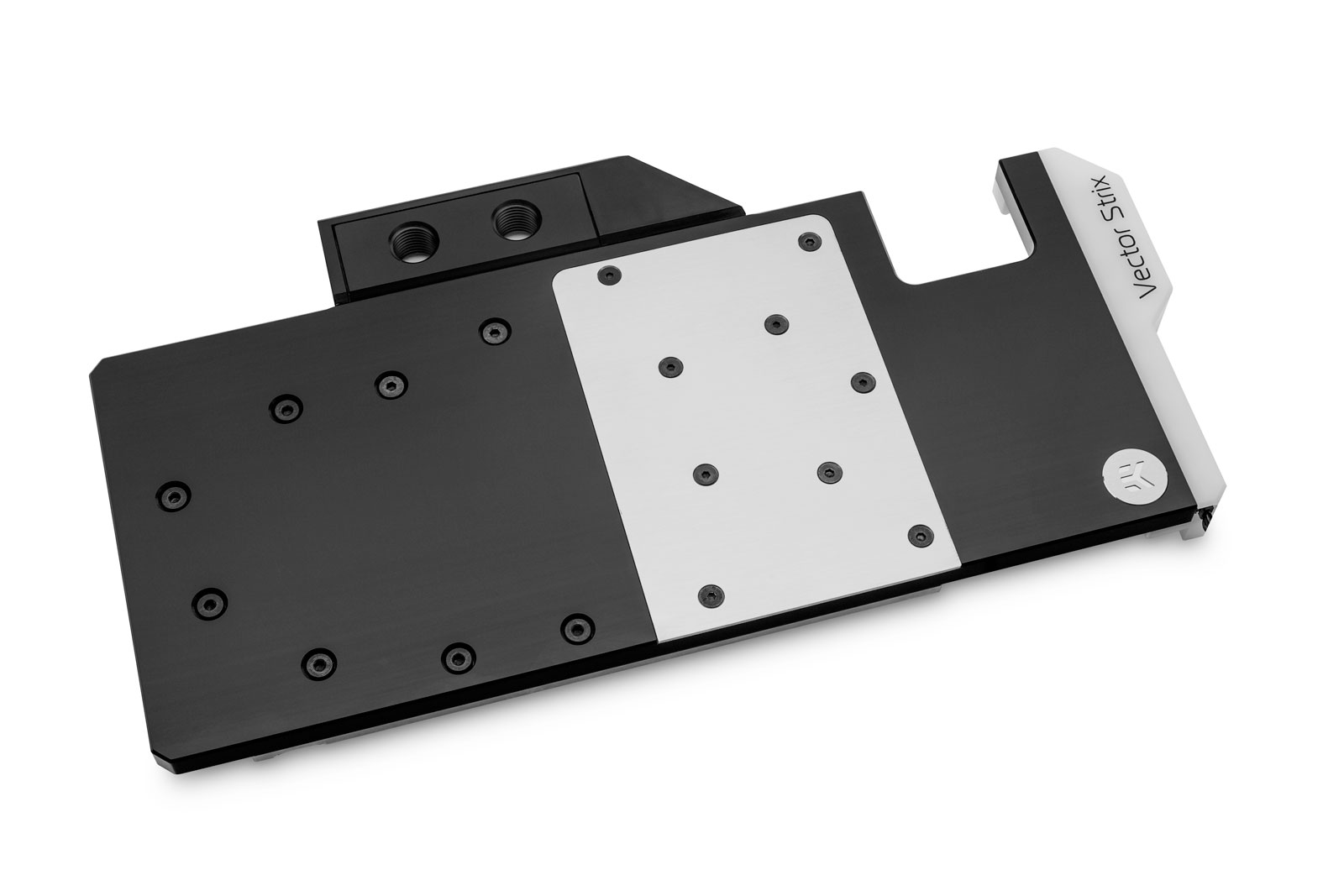 The base of the water block is made of high-grade nickel-plated electrolytic copper while the top is made of high-quality acrylic material or black POM Acetal material (depending on the variant), while the sealing is ensured by high-quality EPDM O-Rings. The entire plexi covered block is lit up with D-RGB while the acetal version is implementing D-RGB in the aesthetic white corner piece. The top material does not affect the block performance in any way. The block also features a special plastic cover over the block Terminal which is also lit with addressable D-RGB. This add-on is designed to reveal the graphics card model, visible from the side.

The ROG Strix Radeon™ RX 5700 XT factory backplate is compatible with this water block only if the stock thermal pads are removed.

The block is already equipped with 3-pin 5V Addressable D-RGB LED strip which is compatible with the motherboard 3-pin 5V Addressable D-RGB LED header. This product is also compatible with popular RGB sync technologies from all major motherboard manufacturers which support the pinout: +5V, D, Blocked, Ground. The arrow marking on the 3-pin LED connector is to be aligned with the +5V marking on the addressable gen2 LED header (ADD GEN2_1 and ADD GEN2_2 marked headers).

The EK-Quantum Vector Strix RX 5700 +XT D-RGB water blocks are compatible with ROG® Strix version of AMD® Radeon® RX 5700 and RX 5700 XT graphics cards. In order to simplify the search for suitable and compatible water blocks, EK is adding newly released graphics cards and motherboards from various manufacturers to the EK Cooling Configurator database. Compatible graphics cards are being added to the list on a daily basis: 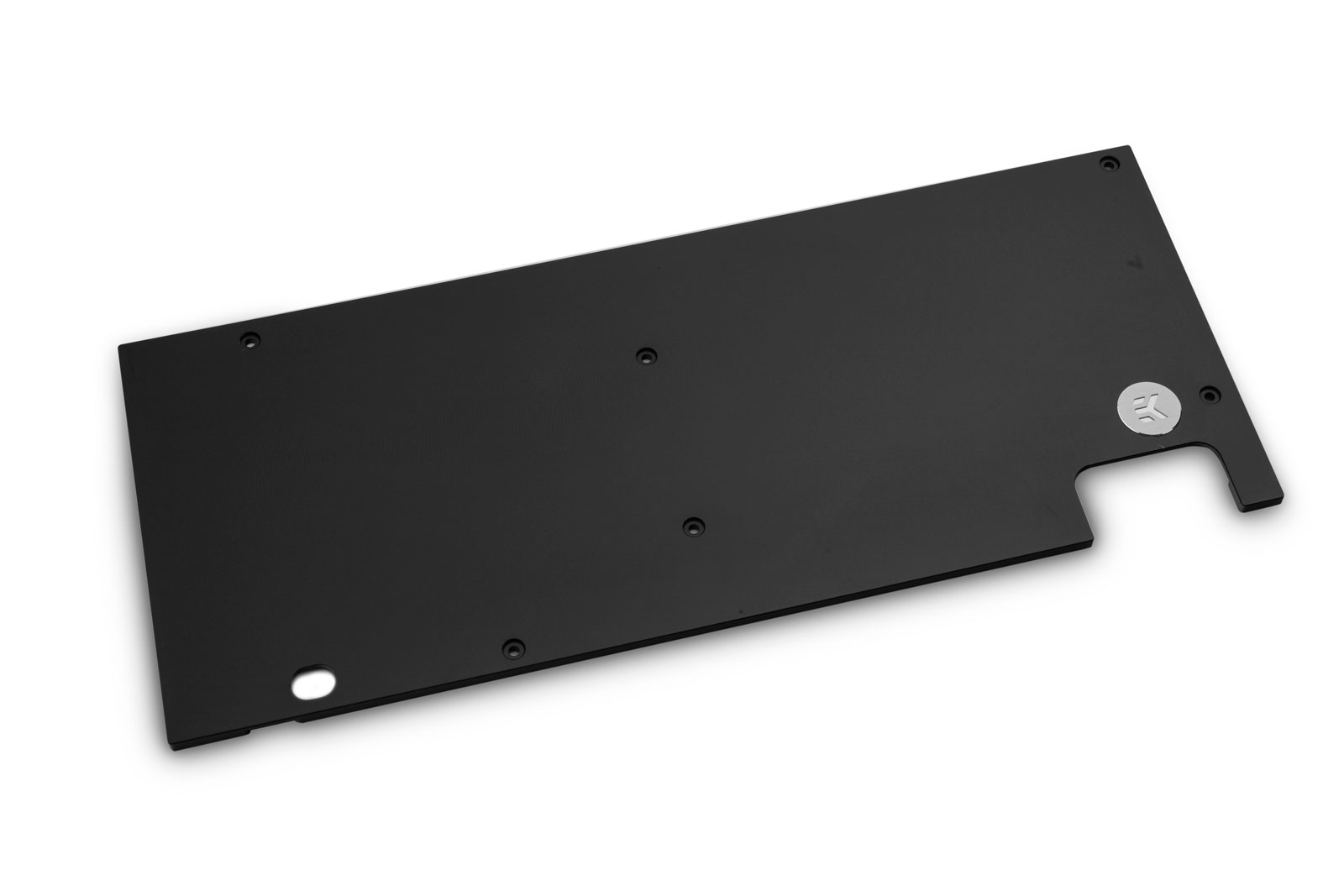 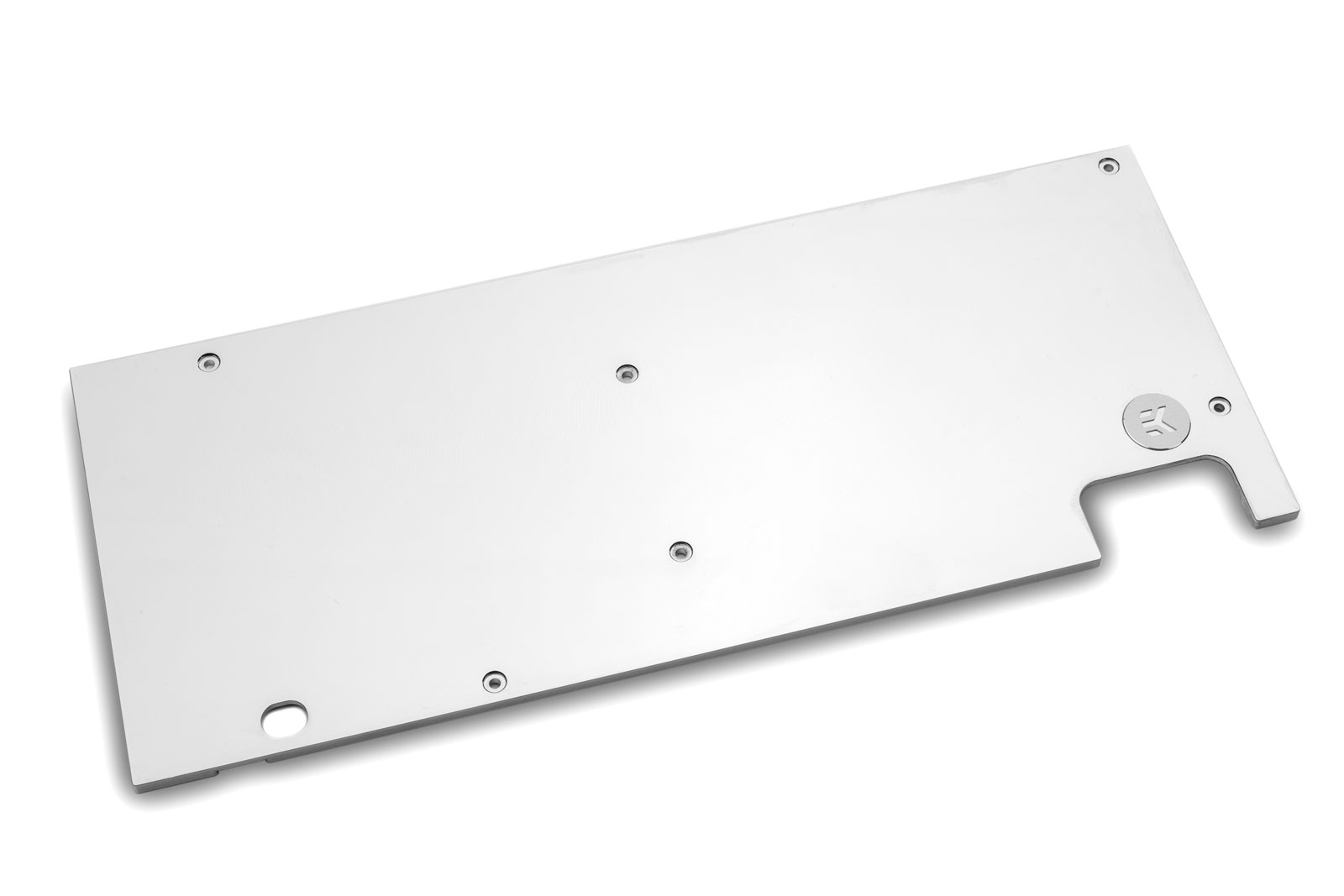 The EK-Quantum Vector Strix RX 5700 +XT D-RGB blocks and backplates are made in Slovenia, Europe and are available for pre-order through the EK Webshop or EK Partner Reseller Network. They will start shipping on 18th of December 2019! The Acetal version of the water block will be available later on. In the table below you can see manufacturer suggested retail price (MSRP) with VAT included.