Also the EK Cooling Configurator compatibility list has already been updated with the latest GeForce GTX 780 SKUs from most popular graphics card manufacturers.

Base is made of electrolytic copper (bare on nickel plated – depending on the variant) while the full-lenght top is made of quality cast acrylic material or POM Acetal (depending on the variant). The sealing is ensured by quality rubber washers. Screw-in brass standoffs are pre-installed and allow for safe, painless installation procedure. Up to four EK-FC Titan water blocks can be used on a single ATX form factor motherboard by using EK-FC Terminal (DUAL, TRIPLE or QUAD type) system or other means of interconnectivity.

EK-FC Titan SE availability is scheduled for June 5th 2013 (MSRP of 89.95- to 99.95€ (incl. VAT); depending on the variant) and will be available for purchase through EK Webshop and Partner Reseller Network. 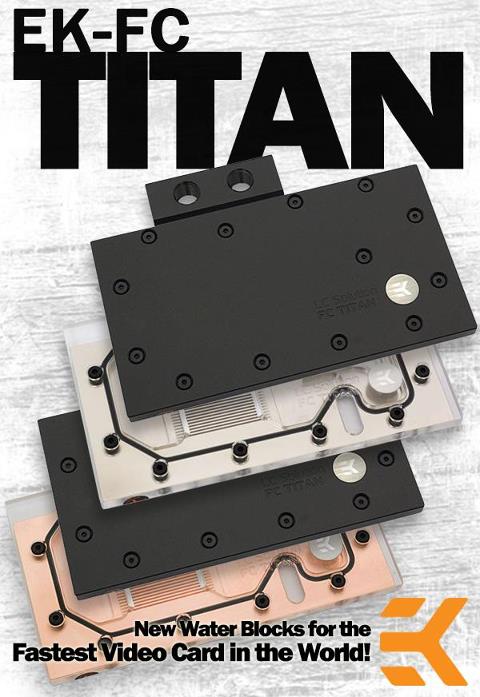