“For years now, each generation of ROG Strix edition full-cover water blocks was utilizing bridge covers to channel coolant over the tall capacitors in the VRM zone. This time around, the layout of the PCB allowed us to make a water block without a stainless-steel bridge cover, making the entire coolant flow path visible. Our engineering team also went the distance on the copper cold plate design that now extends over almost the full length of the PCB,” said Edvard König, the founder of EK.

The new water block has a much bigger purpose-designed 126mm wide and 237mm long copper base to cover and cool all key components on the GPU’s printed circuit board. This gives the water block advantage on the market of having a clean design, showing off all of the cooling liquid, and cooling all of the necessary components, including all chokes on the input rail.

The EK-Quantum Vector Strix RTX 3080/3090 water block is compatible with ROG Strix RTX 3080 and 3090 graphics cards. This Vector water block actively cools the GPU, top-facing VRAM, MOSFETs in the VRM section, PWM controller, and all chokes, including the ones in the input power rail. By using such a design that is in contact with every single inductor on the PCB, the chances of any potential coil whine are minimized.

The base of the water block is CNC-machined out of nickel-plated electrolytic copper, while its top is CNC-machined either out of glass-like cast Acrylic or durable black POM acetal. The 2nd generation Vector GPU water blocks also feature plexi and acetal terminals that match the top cover material. The watertight sealing is ensured by high-quality EPDM O-rings, while brass standoffs are already pre-installed and allow for a safe and easy installation procedure. 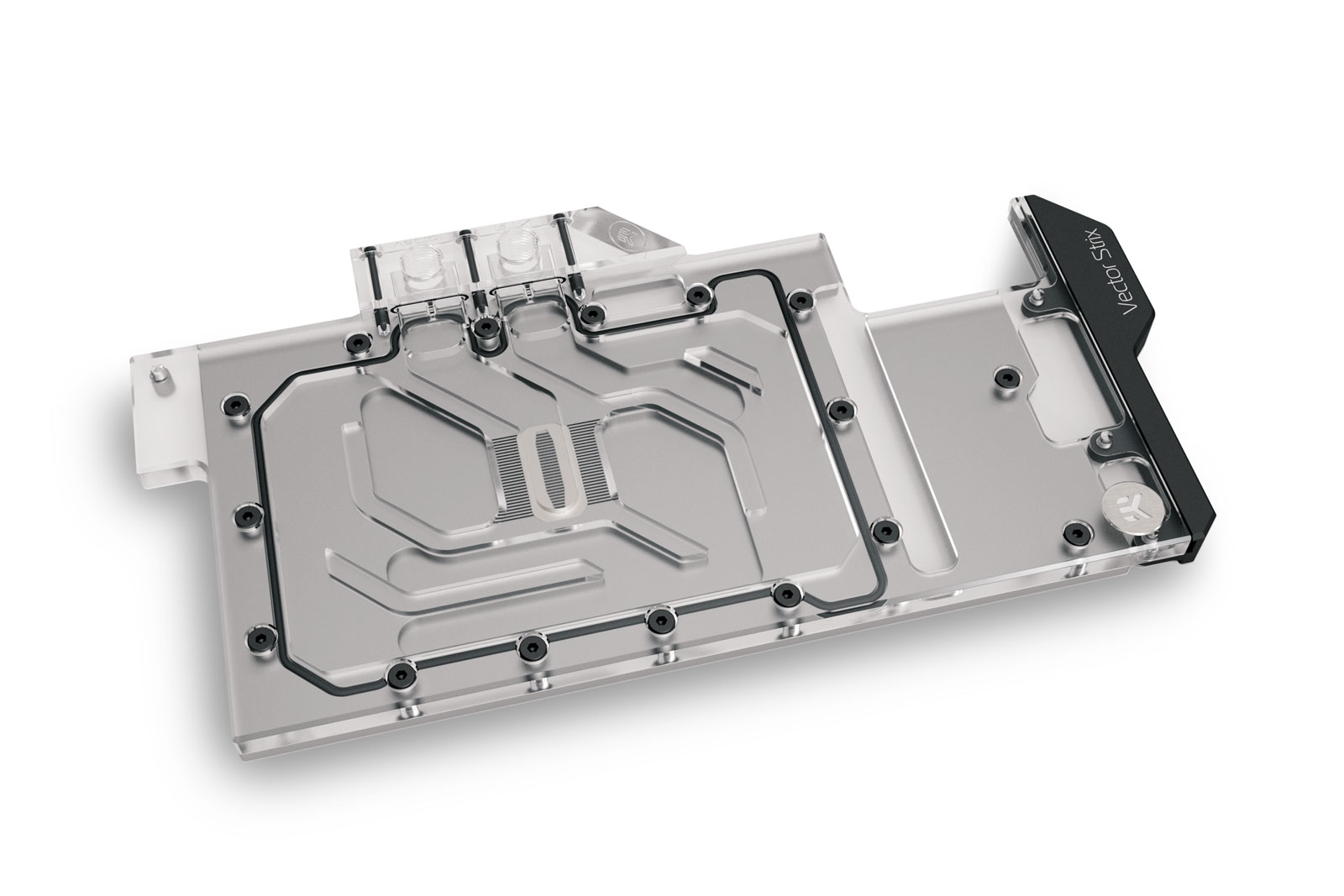 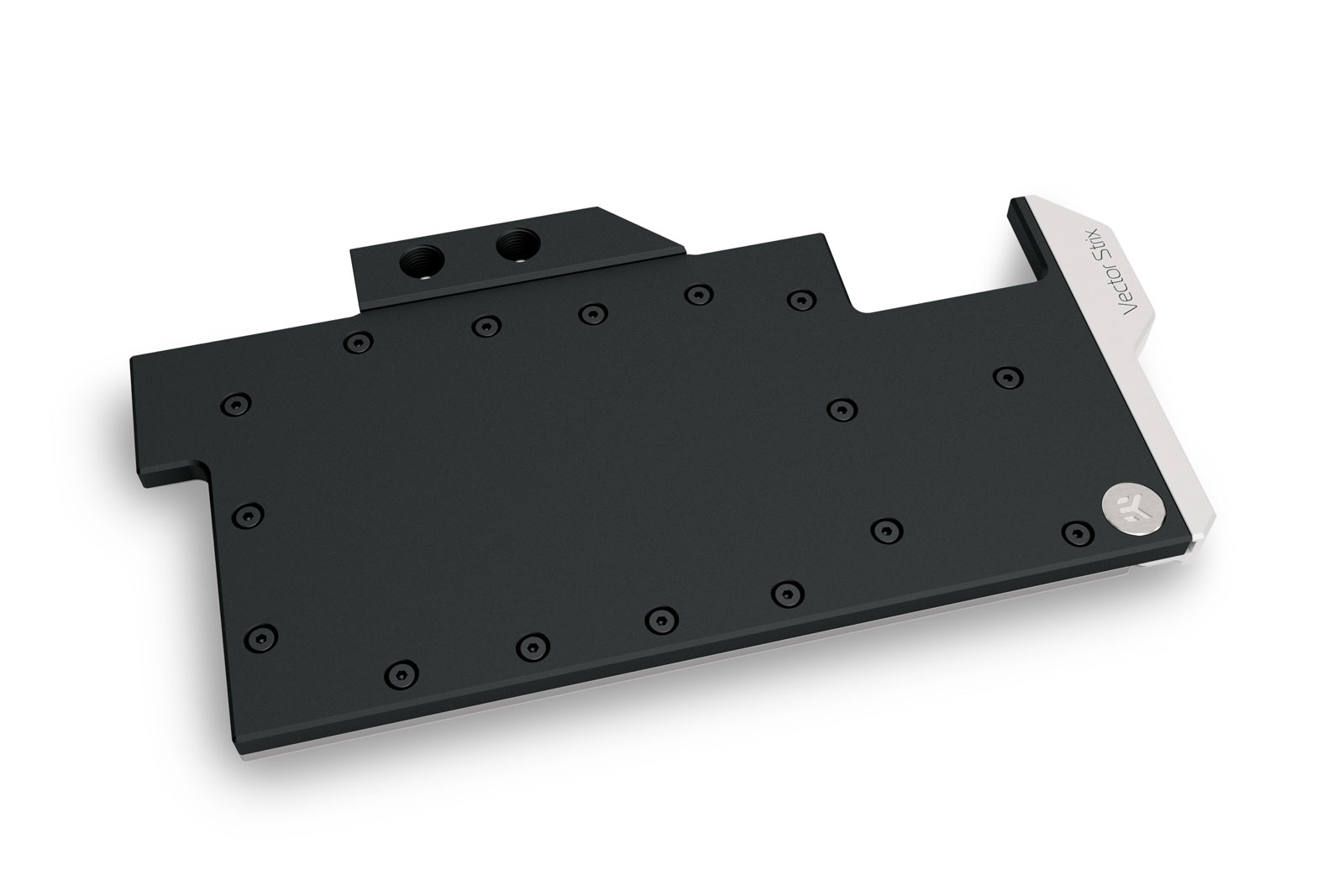 The aesthetic end-piece is housing the addressable D-RGB LED strip. This water block boasts a total of 12 individually addressable RGB LEDs, and it is compatible with popular RGB sync technologies from all major motherboard manufacturers. The arrow marking on the 3-pin D-RGB LED connector is to be aligned with the +5V marking on the D-RGB (addressable) header.

EK recommends the purchase of a retention backplate, which improves the overall aesthetics of your graphics cards, and also provides additional passive cooling for the GPU core, VRAM on the 3090 cards, and backside of the printed circuit board VRM section. 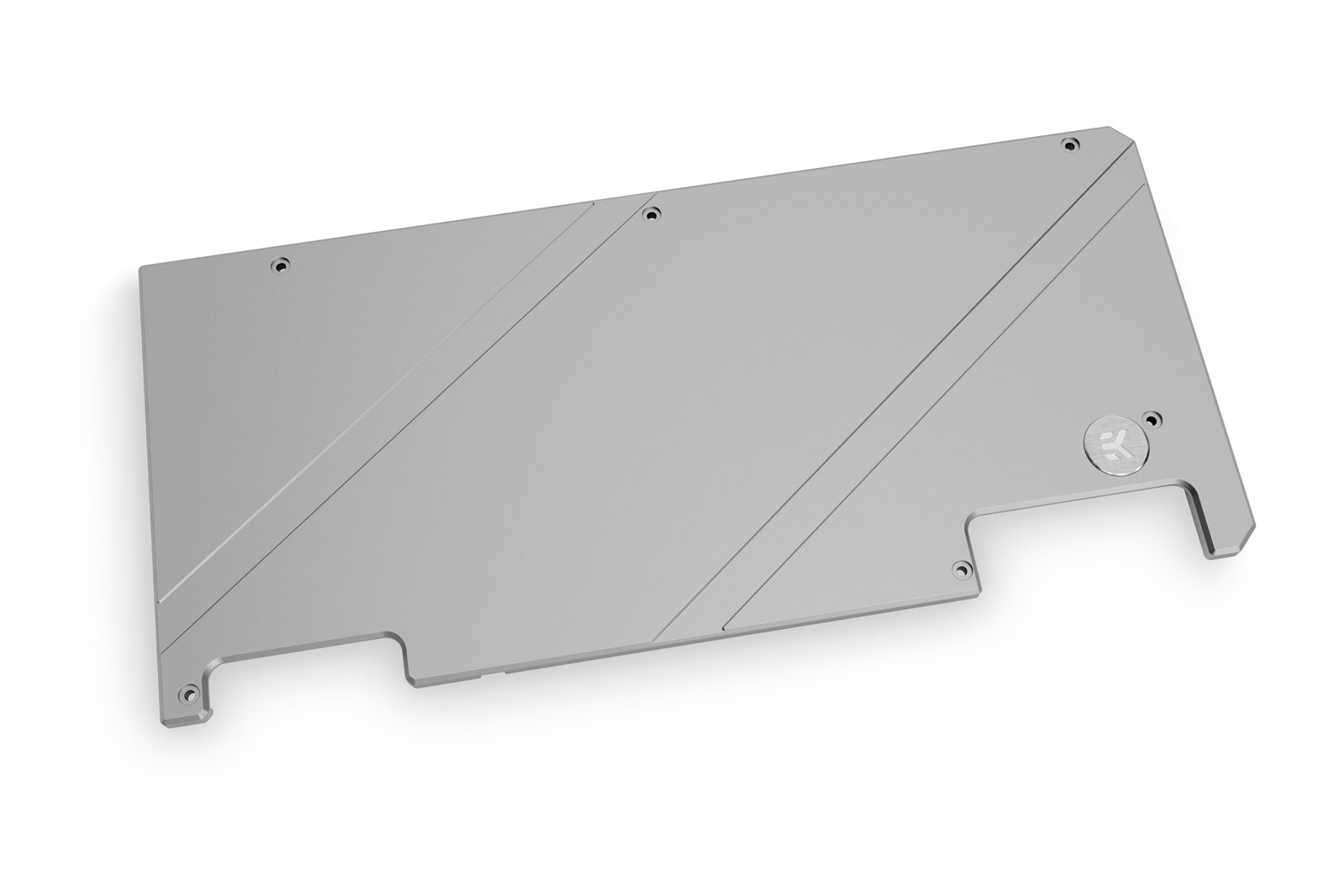 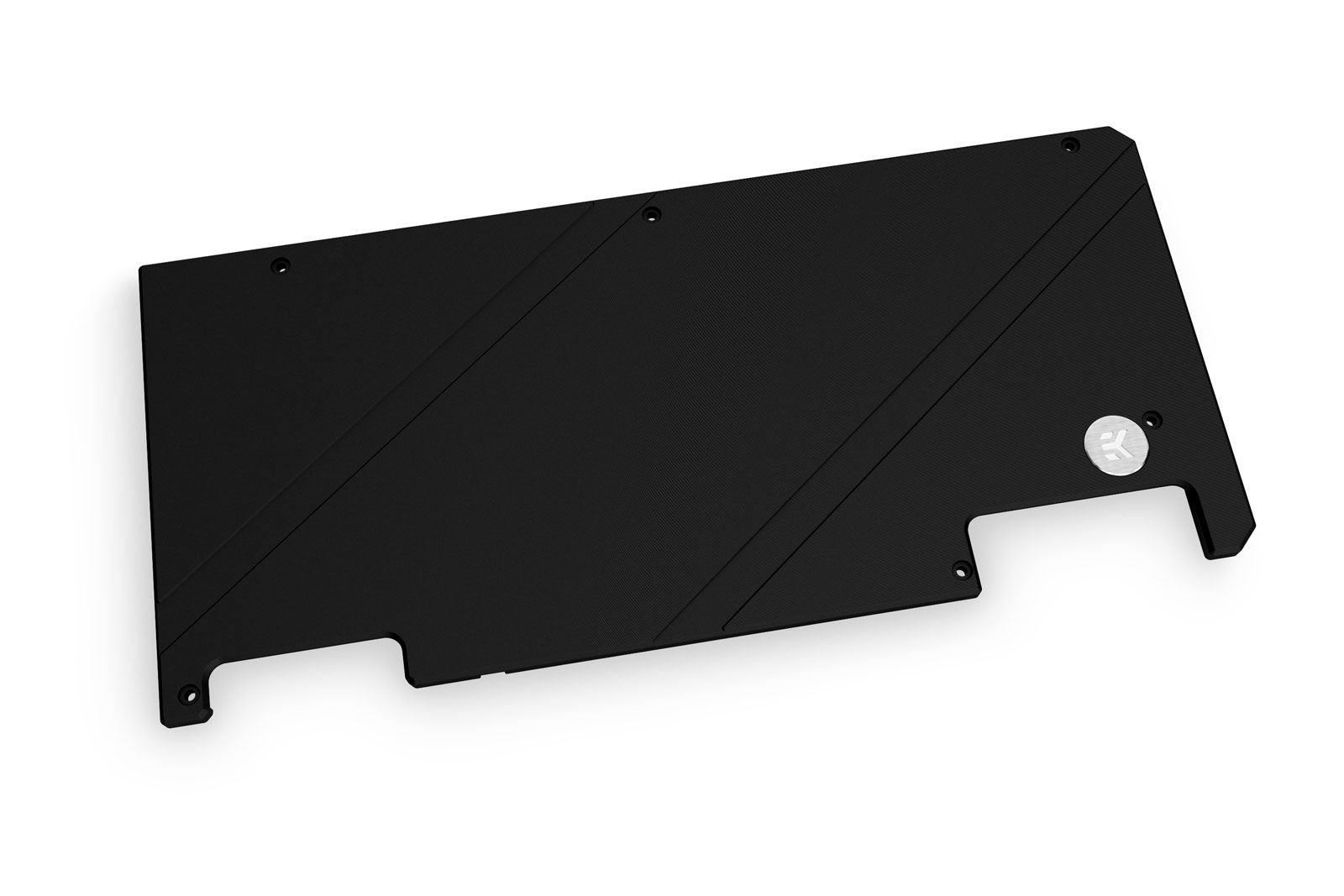 The EK-Quantum Vector Strix RTX 3080/3090 full-cover water blocks and backplates are made and assembled in Slovenia, Europe, and are available for pre-order through the EK Webshop and dedicated reseller network. The water blocks and backplates are expected to ship out mid-October, or possibly even sooner. In the table below, you can see the manufacturer suggested retail price (MSRP).