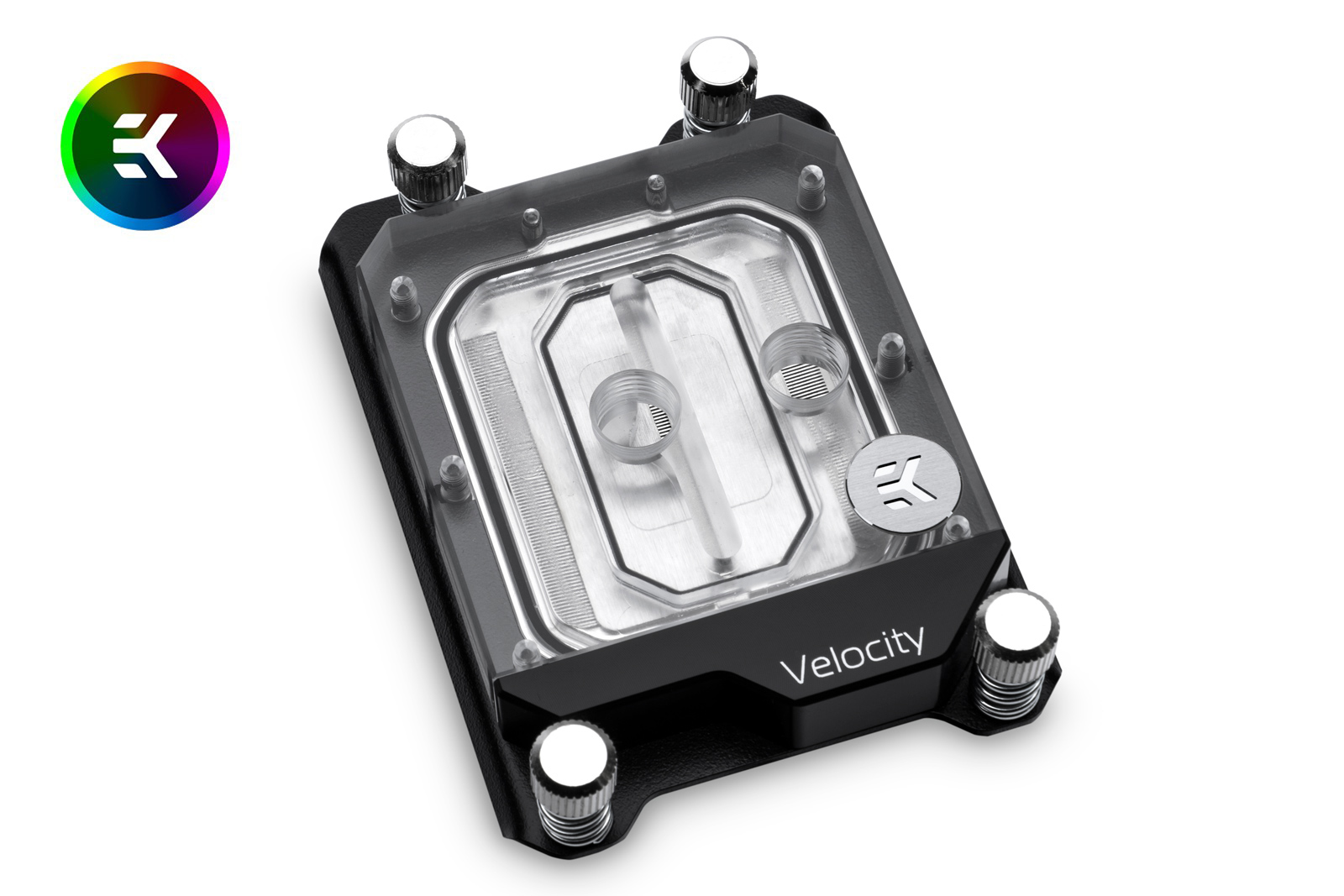 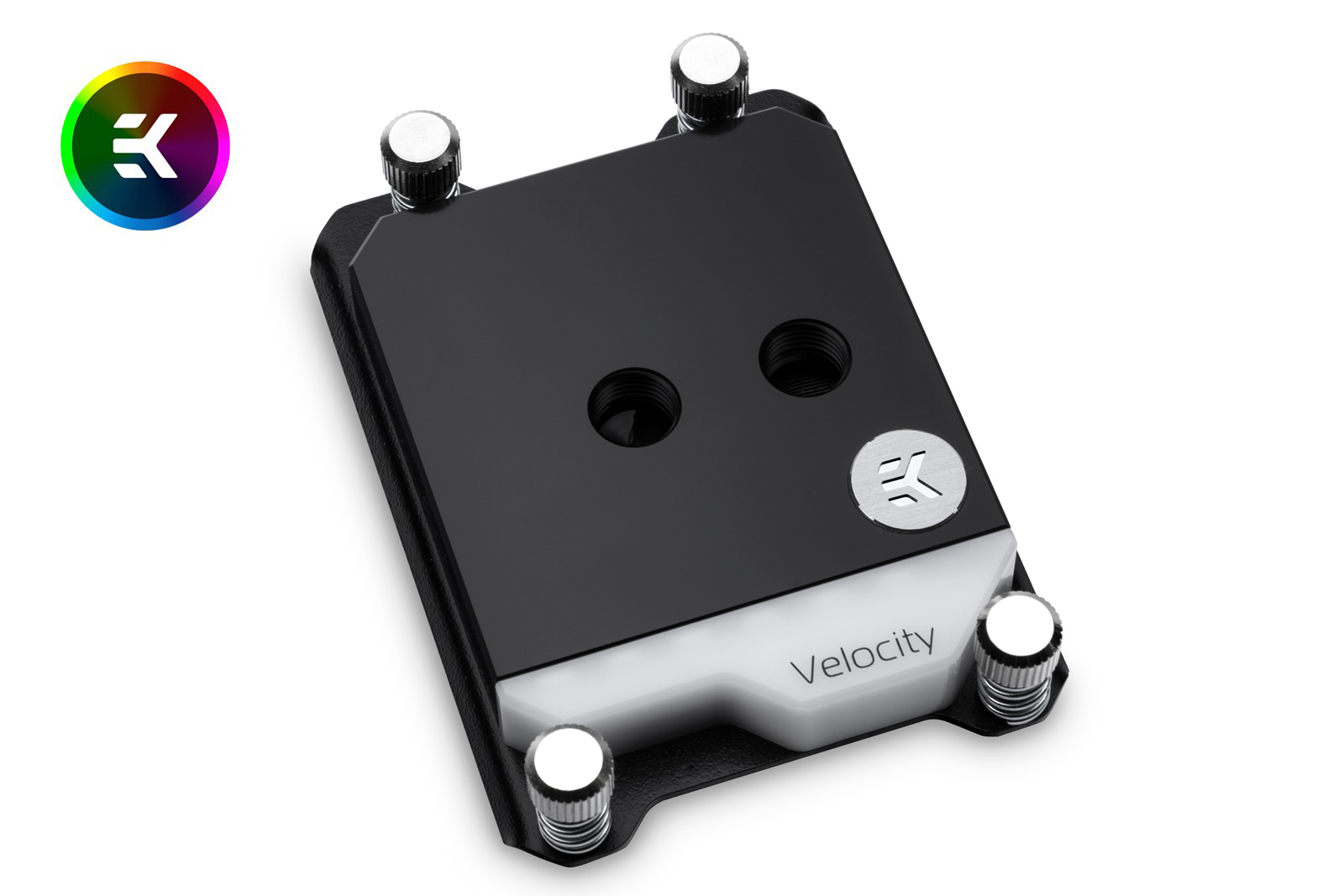 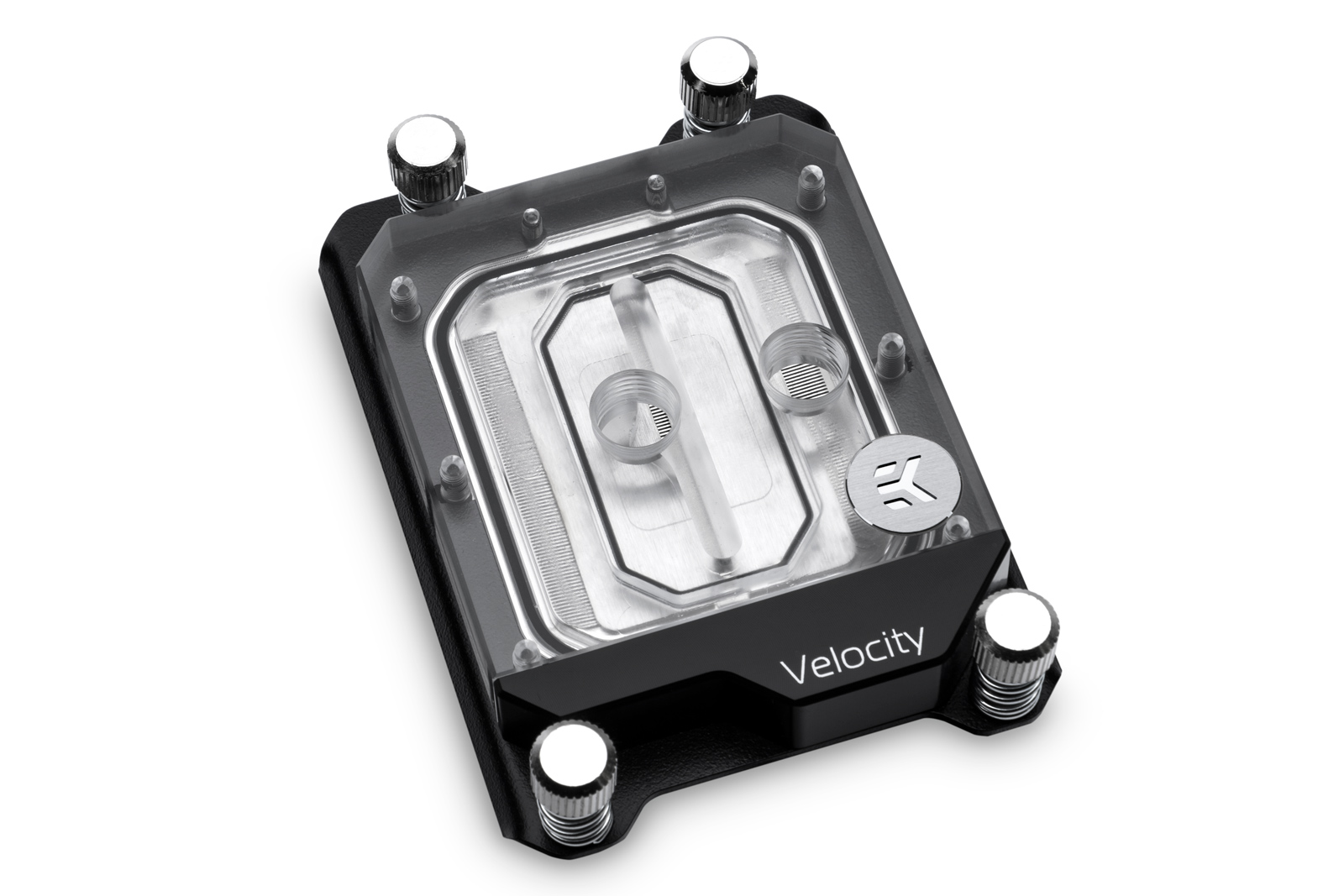 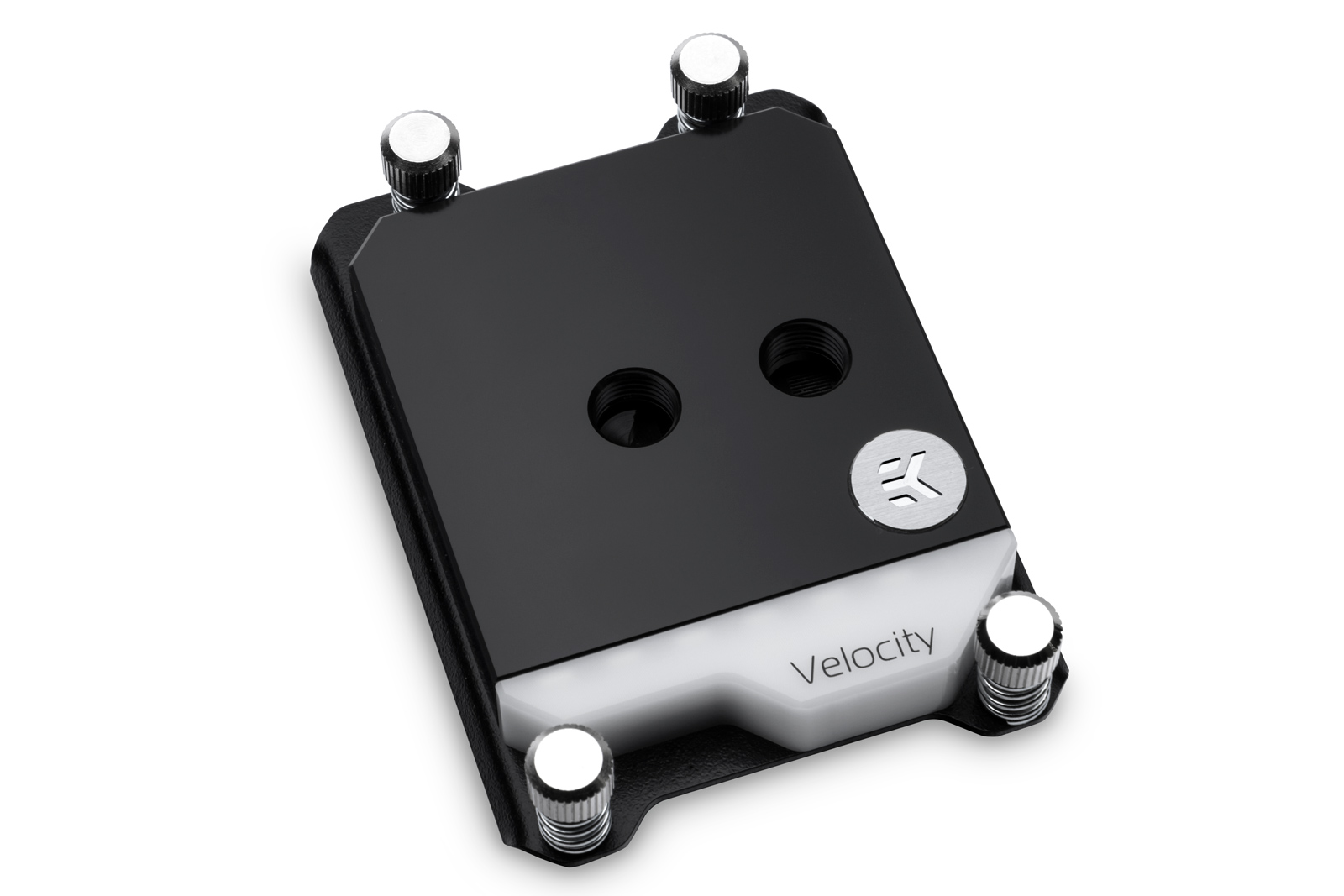 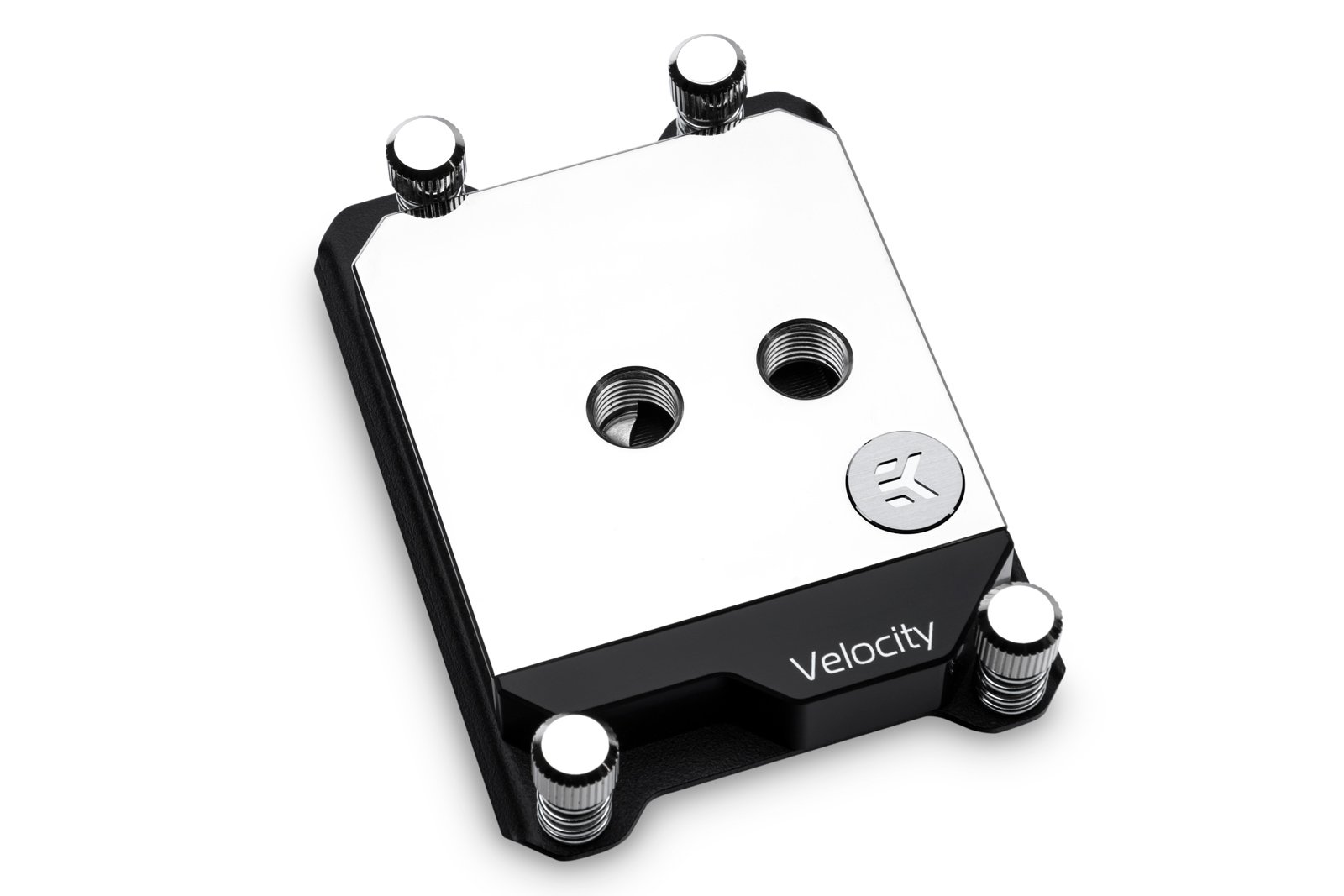 Every EK-Velocity sTR4 water block comes with a precisely machined copper base (sometimes referred to as ‘cold plate’) which is made from purest copper available on the market and is treated with nickel electroplating. Unlike some other CPU blocks, the sTR4 comes with a polished cold plate to achieve the best possible heat transfer with the IHS of the AMD® Ryzen Threadripper processor. The top of the water block is made from CNC machined POM Acetal, acrylic glass or nickel-plated brass (depending on the variant). 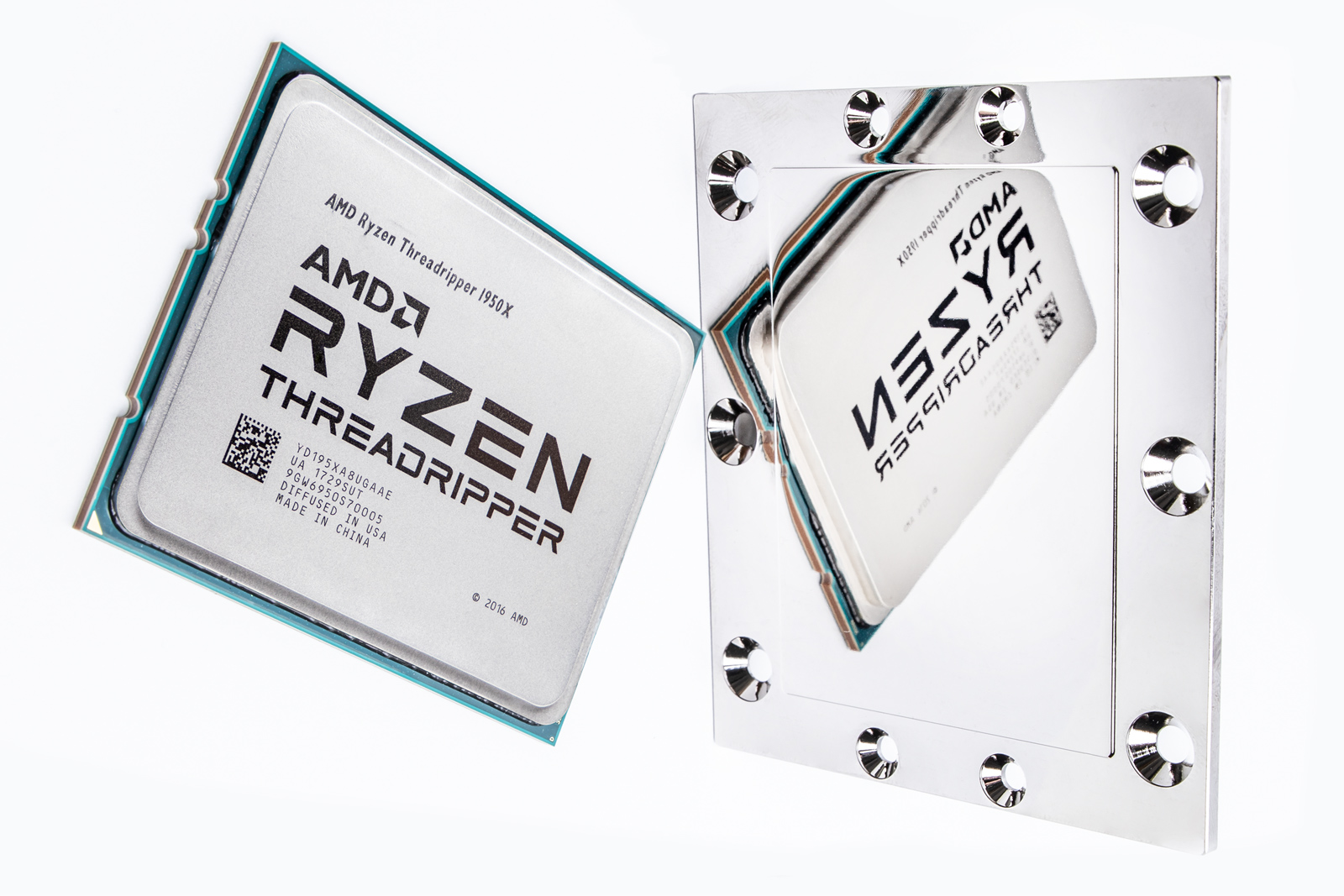 EK-Velocity sTR4 comes with a pre-assembled error-preventing mounting mechanism that is installed directly onto the SocketTR4 mounting holes. The result is a perfect installation which results in optimal performance every time. This also means the water block is out of the box compatible with AMD’s server type Socket SP3 motherboards. With such a mounting solution, the user does not need to remove the motherboard from the case and so has a hassle-free installation procedure of the new CPU. It’s recommended that users follow the EK-Velocity sTR4 water block installation manual for the suggested method of thermal grease application for the best-expected results. 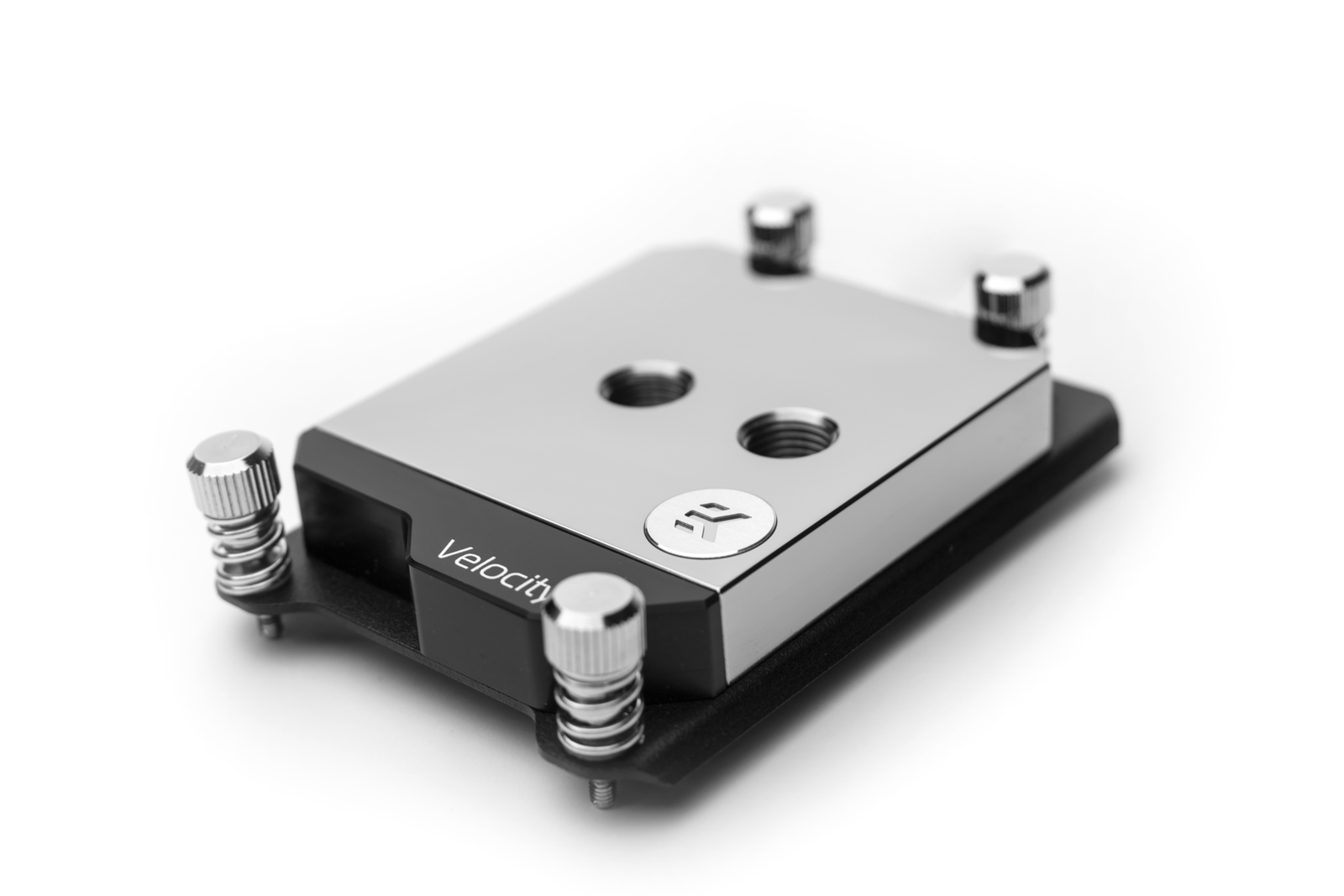 The D-RGB versions of the EK-Velocity sTR4 water block are compatible with popular RGB sync technologies from all major motherboard manufacturers. The arrow marking on the 3-pin LED connector is to be aligned with the +5V marking on the D-RGB(A_RGB) header. You can easily remove the LED strip cover which is mounted with two screws to replace the LED strip with some other type LED strip.

EK-Velocity sTR4 water blocks are made in Slovenia and are available for purchase through EK Webshop and Partner Reseller Network. In the table below you can see manufacturer suggested retail price (MSRP) with VAT included.