EK Shares the AM5 Compatibility Roadmap For All CPU Cooling Products

EK®, the market leader in high-end water cooling for PC products, wishes to inform existing and future customers regarding the compatibility of our existing cooling solutions with the highly anticipated AMD® Socket AM5 platform. Compared to Socket AM4, the backplate mounting hole pattern is still 54 x 90mm and uses UNC 6-32 threads, but the AM5 motherboards now have an integrated CPU-socket backplate. The stock backplate is best kept untouched since removing it also means fiddling with the CPU loading mechanism and exposing the socket pins. To avoid such risks, some EK products need to be updated, but fear not, as compatibility is handled for all existing EK products.

All current AIO coolers from the EK product lineup fully support the Ryzen 7000-series processors and Socket AM5 motherboards out of the box. The integrated UNC 6-32 standoffs are compatible with the new AM5 CPU-socket backplate.

On top of that, the next generation of EK-Nucleus AIO coolers also fully supports the AMD AM5 socket. The Lux versions of the EK-Nucleus AIOs will start shipping out before the end of this year. 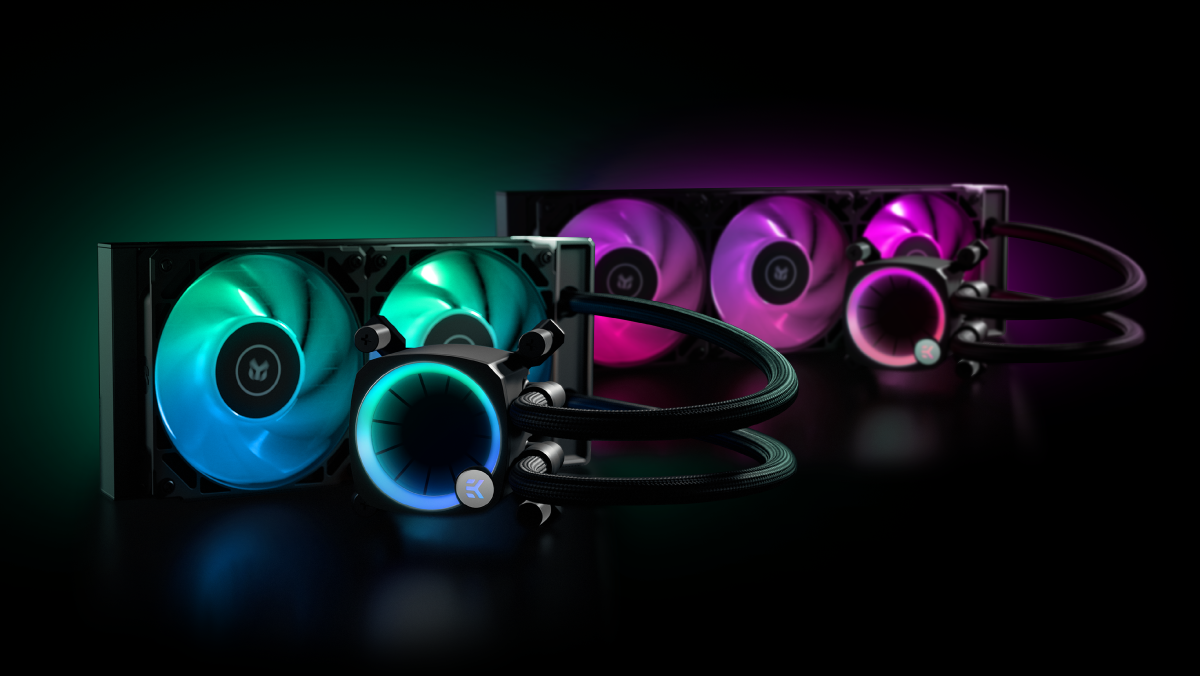 The original Velocity and now legacy water block will also not be forgotten and will get its own chance to find a home in future AM5-based builds. EK will provide a set of water block standoffs that will work with the integrated AM5 socket backplate, thus allowing the original Velocity water block to be used on socket AM5 motherboards. The availability of these standoffs has not yet been specified, but you’ll likely be able to find them on the EK webshop by the end of the month and get them at a symbolic price. 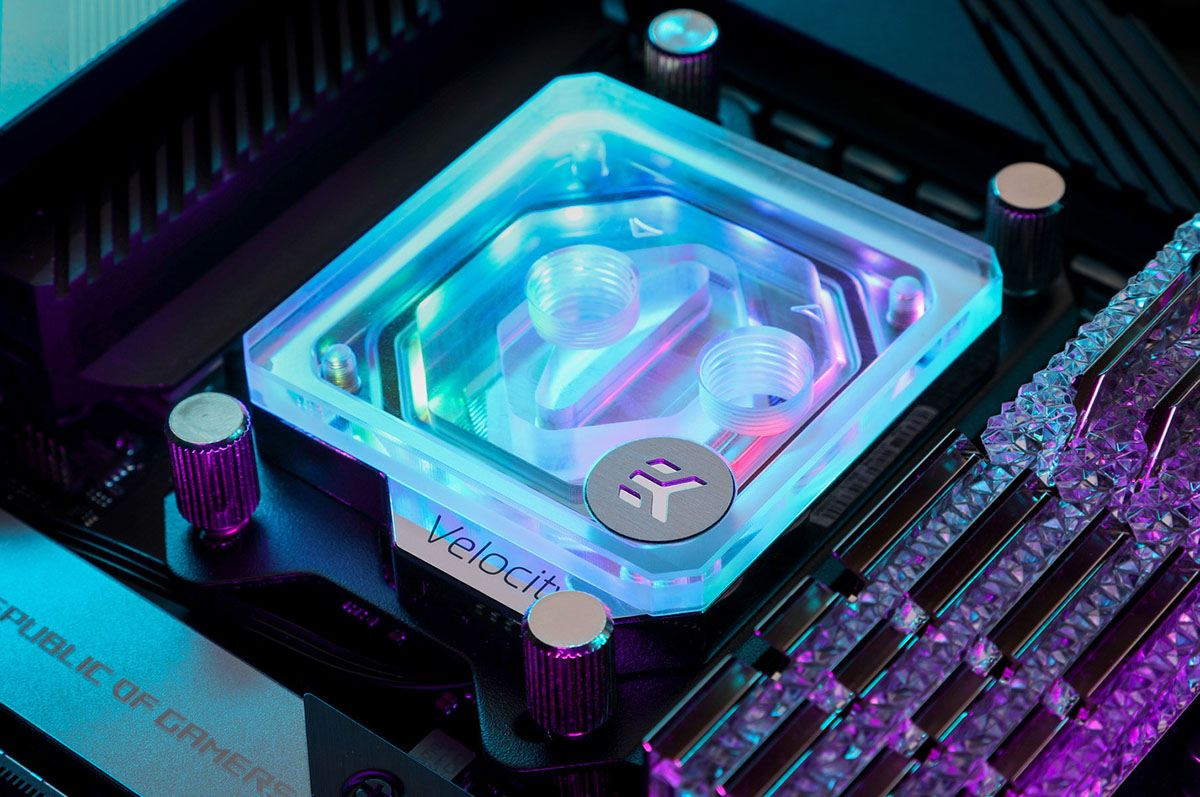 While Velocity² water blocks are designed to be socket-specific, owners of AM4 water block versions will be offered an upgrade kit to prevent their EK-Quantum Velocity² AM4 water blocks from ending up as paperweight. The upgrade kit will come in the form of a backplate that will require the customer to remove the stock AM5 backplate. While this is not recommended and should be handled by expert users only at their own risk, it still feels like the right decision to offer customers such an option. EK will do its best to prepare a detailed guide on how the user can perform the backplate swap, minimizing the risk of damaging CPU socket pins.

Considering the slight difference in coldplate thickness between AM4 and AM5 and the need to fiddle with the CPU socket backplate, it’s recommended to simply opt for the socket AM5 version of the EK-Quantum Velocity² water block. Even AMD itself presented the AM5 socket to be long-lived (2025+), which is another argument supporting this claim. The availability of the EK-ExactMount AM4 to AM5 backplate has not yet been specified but should find itself on the EK website by the end of the month. 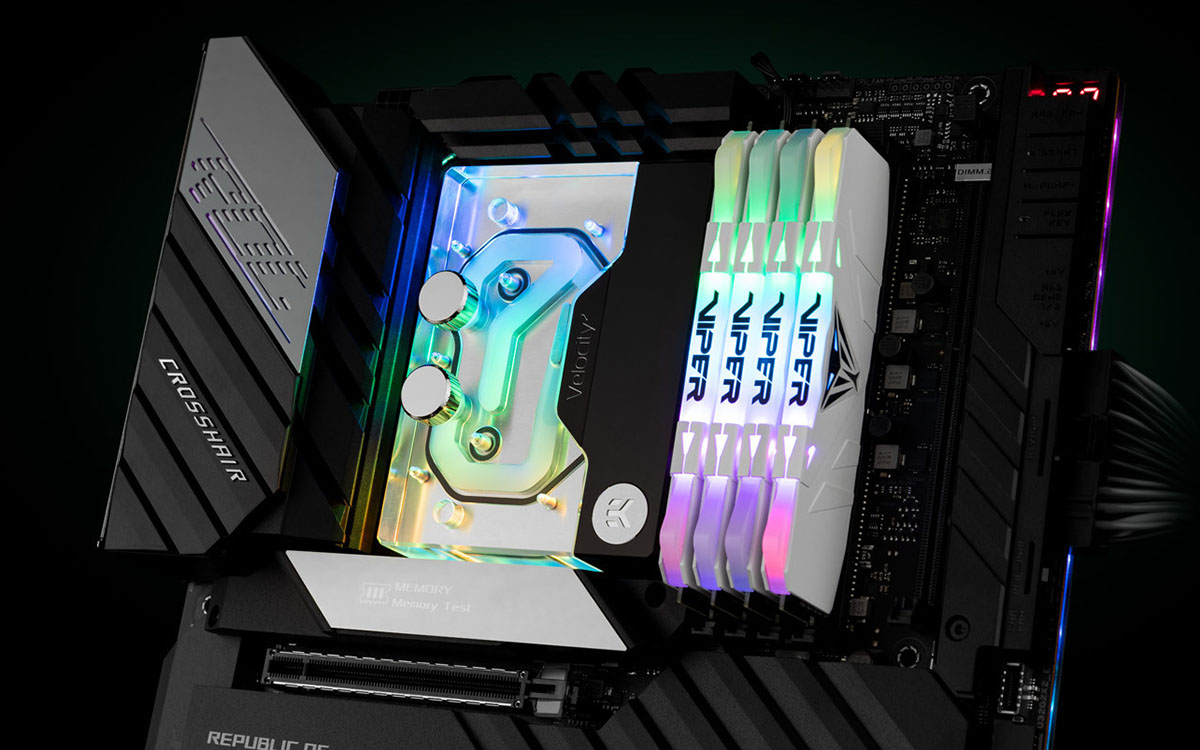 While Magnitude CPU water blocks are also socket-specific, the AM4 version will have no issues handling anything that Ryzen 7000 series CPUs throw at them. EK will provide a set of water block standoffs for the Magnitude, making it compatible with the integrated AM5 socket backplate and thus fit for use on AM5 socket motherboards. The availability of these standoffs has not been specified yet, but you should be able to find them on the EK website by the end of the month and get them at a symbolic price. EK-Quantum Magnitude AM4 water blocks assembled from this point on will be delivered with the added AM5 compatible standoffs. We’ll also update the product pages to address AM5 compatibility. 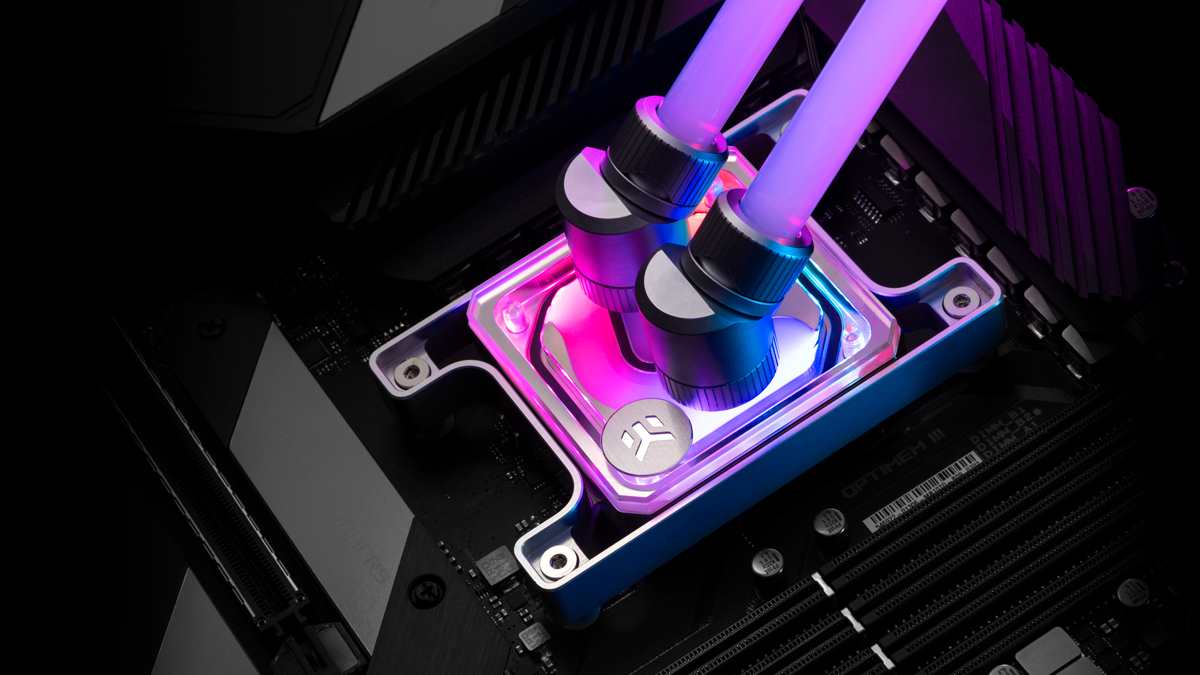 Another legacy EK product that still packs a punch when it comes to cooling. While the Classic Supremacy AMD water block is EOL, all owners of this water block can directly migrate to socket AM5 motherboards. The offered Classic AMD mounting kit available in the EK store can transform any Intel-based EK-Classic Supremacy CPU water block into an AM5-compatible product. 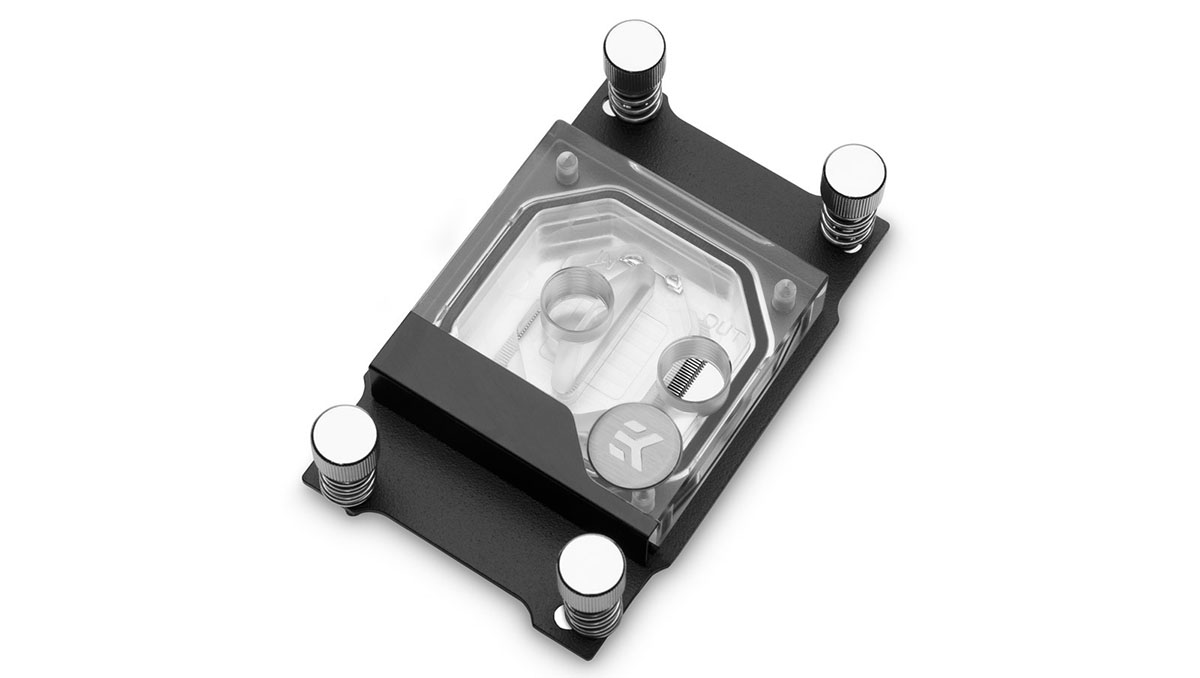 EK’s latest generation CPU water blocks, Velocity², already got an AM5-specific model that you can pre-order. The cooling engine of these AM5-specific water blocks is optimized to get every ounce of cooling possible to push the new Ryzen 7000-series CPUs to new heights. 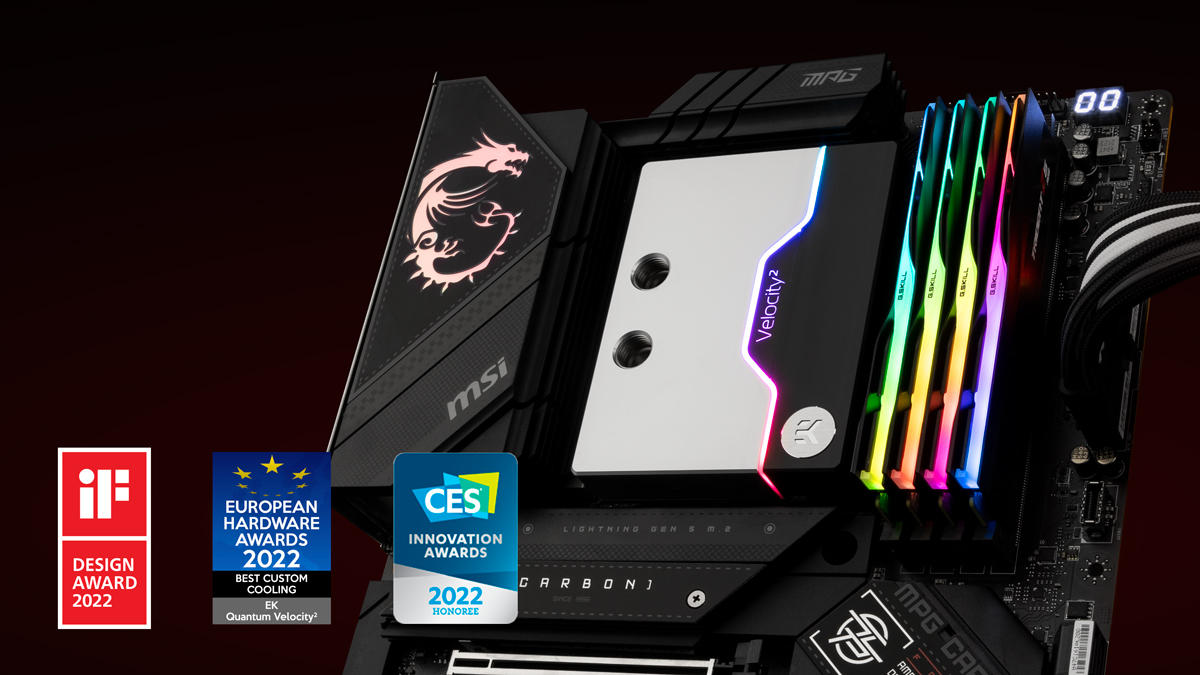 These new mounting systems will be a state-of-the-art one-piece product with no additional screws, brackets, backplates, etc. The spring-loaded Torx screws are integrated into the water block and are screwed by counter-clockwise rotation into the stock backplate of the motherboard. We’ve also implemented another fool-proof mechanism – failsafe stop. When the screws and springs are in the optimal position, they will lock out and prevent the user from over-torquing the water block and potentially damaging their motherboard and/or CPU.

In order to simplify the search for suitable and compatible water blocks, EK is adding newly released hardware from various manufacturers to the EK Cooling Configurator database, with compatible motherboards being added to the list on a daily basis:

If there is any unclarity or questions, please don’t hesitate to contact the EK Support team directly.