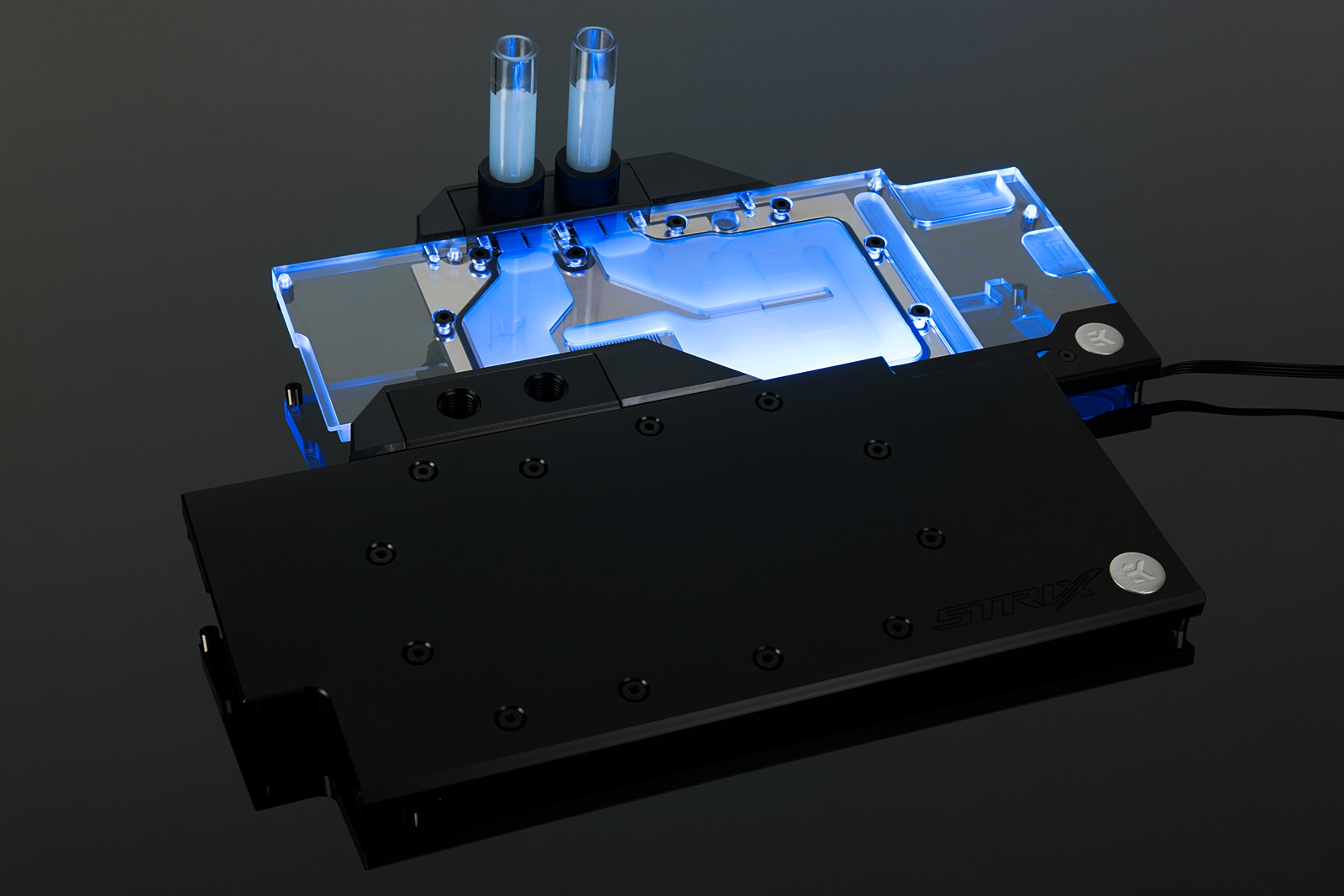 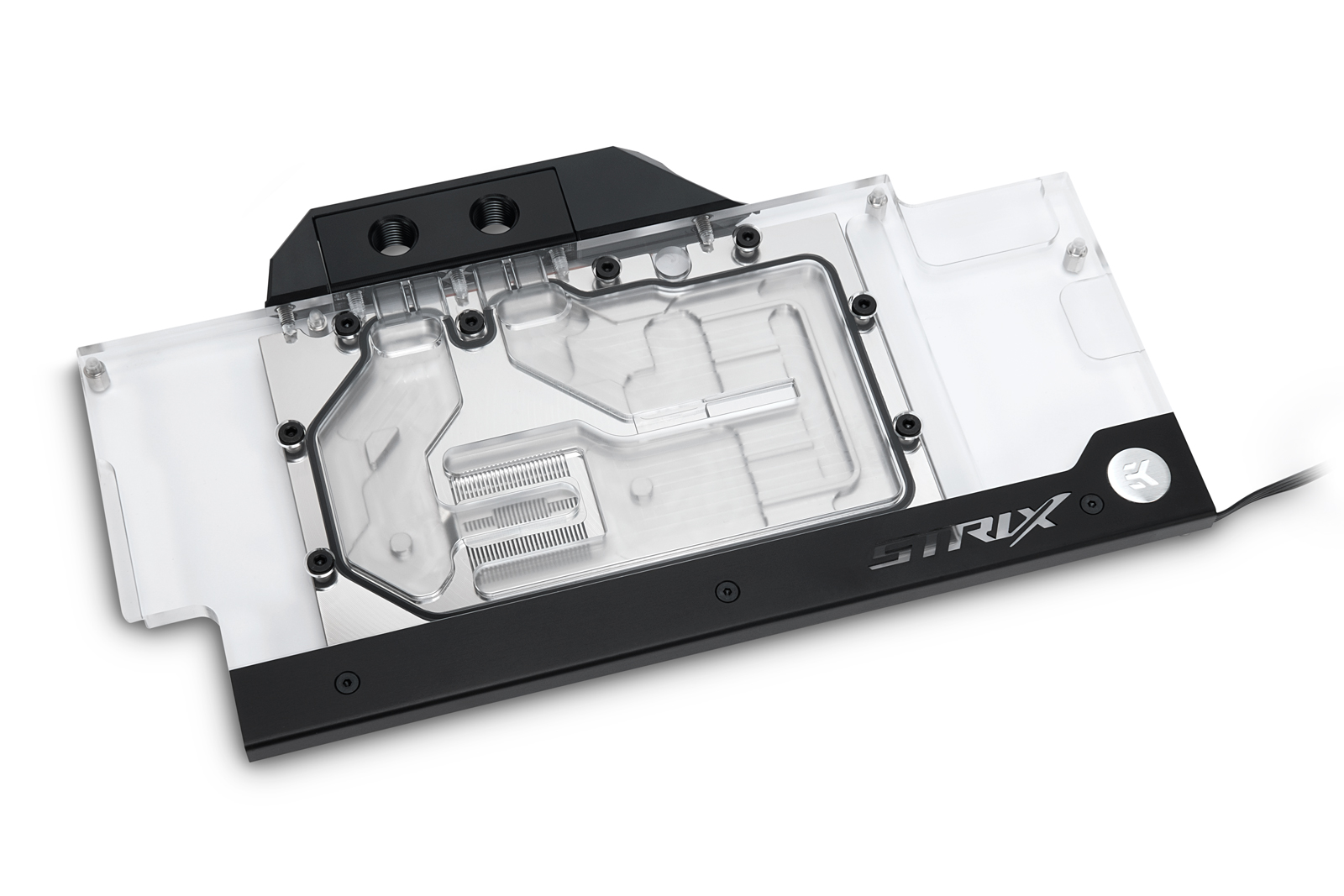 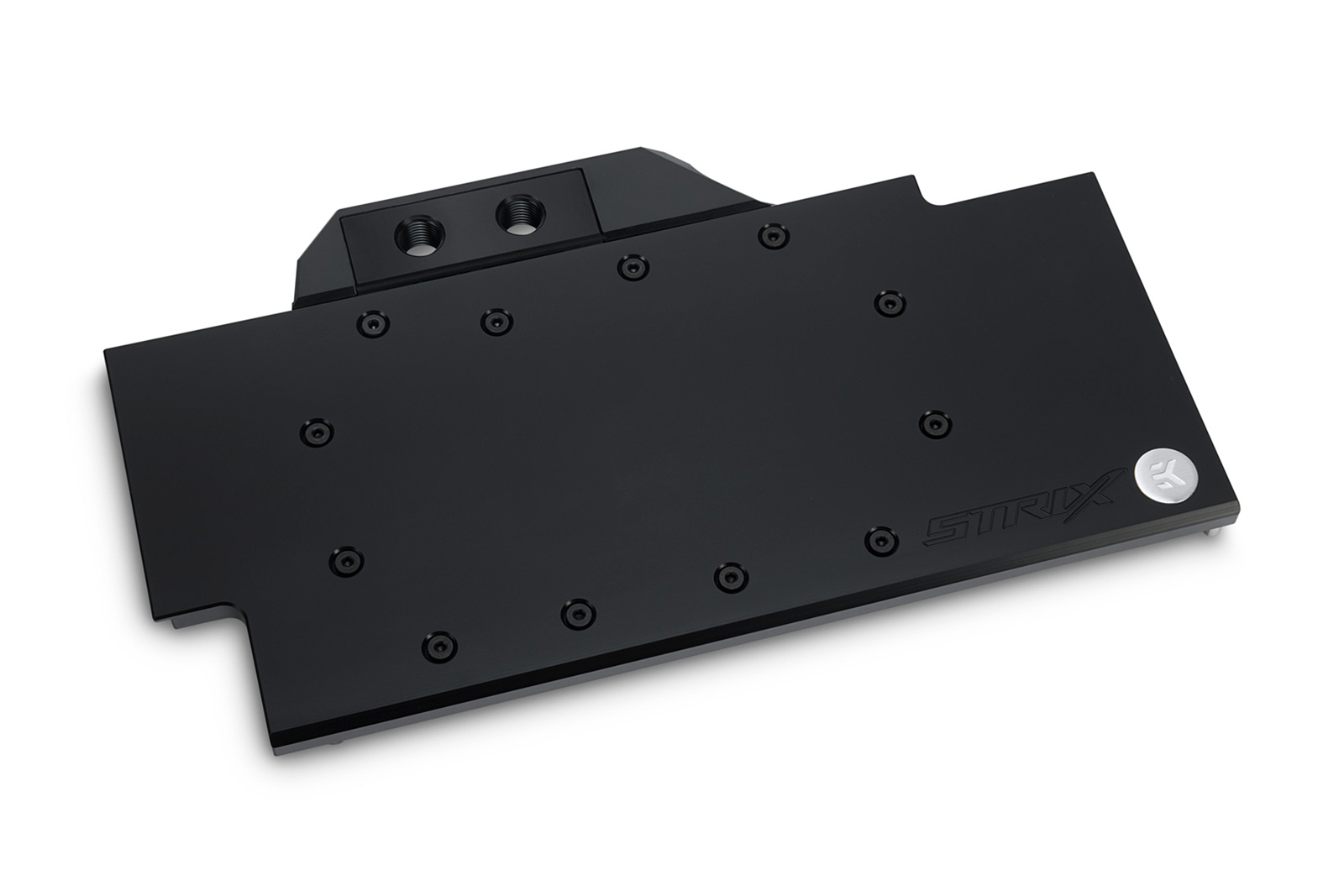 The base of the block is made of nickel-plated electrolytic copper while the top is made of a high-quality acrylic material or POM Acetal material (depending on the variant). The top material does not affect the block performance in any way. The block also features a special plastic cover over the block Terminal. This add-on is designed to reveal the graphics card model, visible from the side. 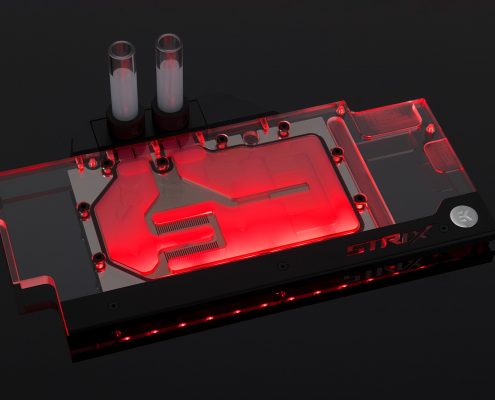 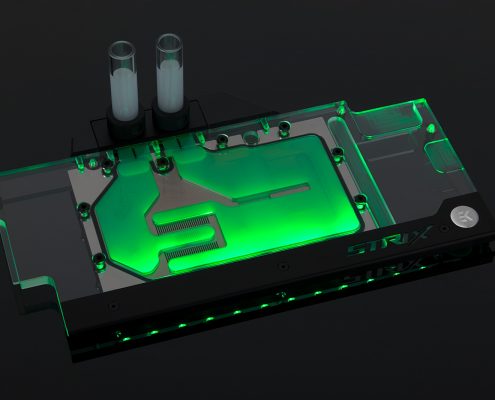 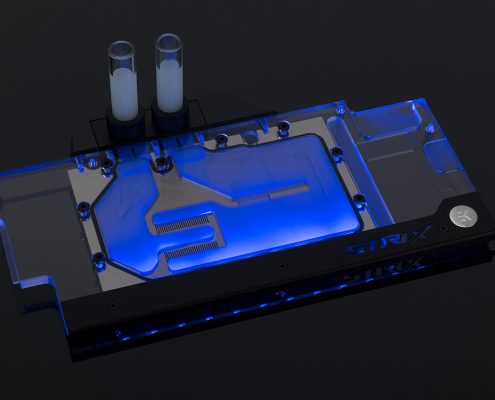 These water blocks are made in Slovenia, Europe and are available for purchase through EK Webshop and Partner Reseller Network. EK-FC Radeon Vega Strix Backplate – Nickel is available for pre-order and will start shipping Friday, 16th of March 2018! In the table below you can see manufacturer suggested retail price (MSRP) with VAT included.