While most radiators on the market overhang on the side, and are actually bigger than the fans they use, these two new radiators are champions of compatibility in their class. Measuring exactly 140mm in width (the same as the classic 140mm fan) and being only 28mm thick, they will surely fit where some other radiators can’t. 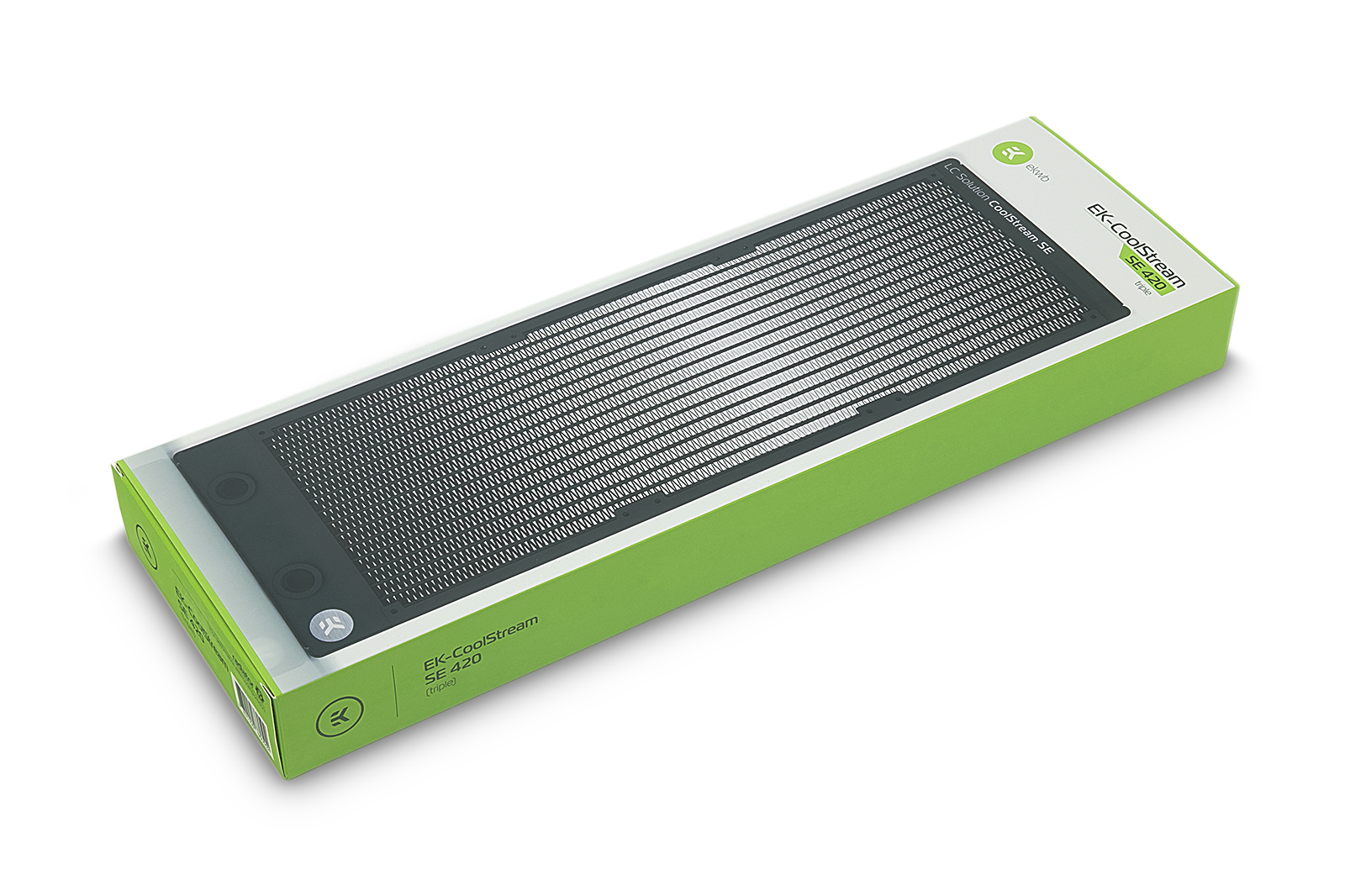 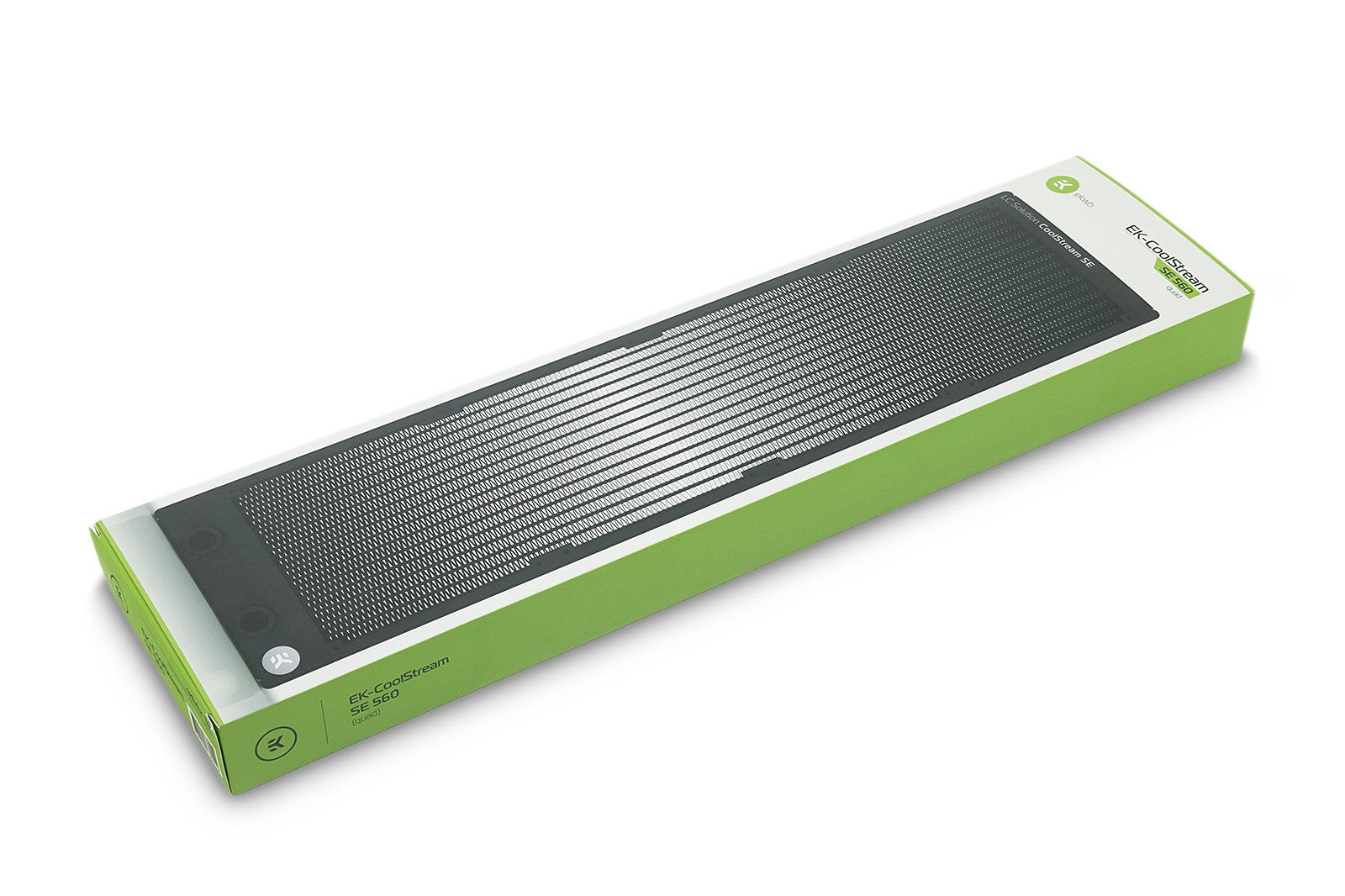 The new radiators follow the existing EK-CoolStream design and appearance. The square housing is evenly coated with black matte paint, and the fins themselves feature a super thin layer of black coating for a totally non-intrusive clean look. 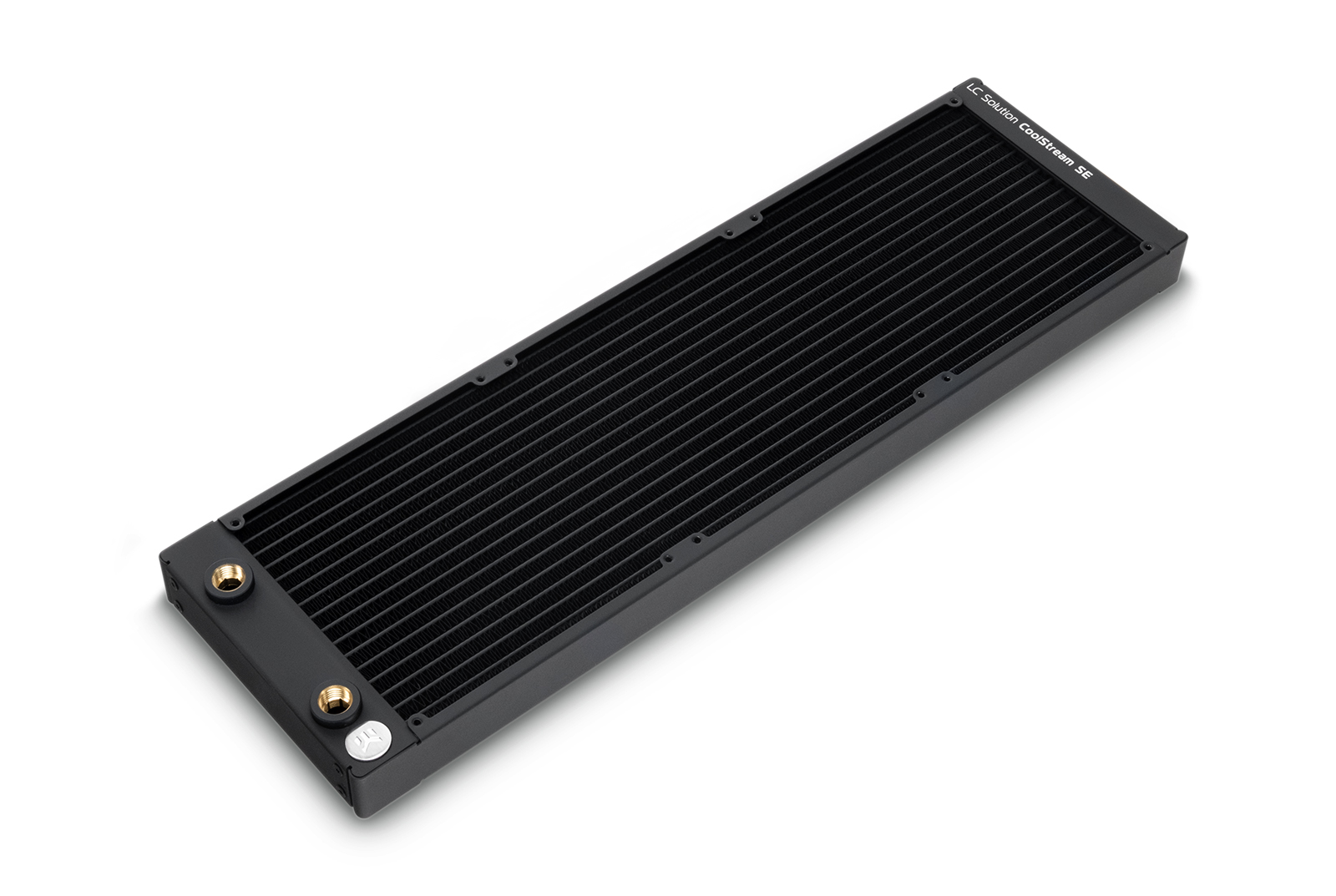 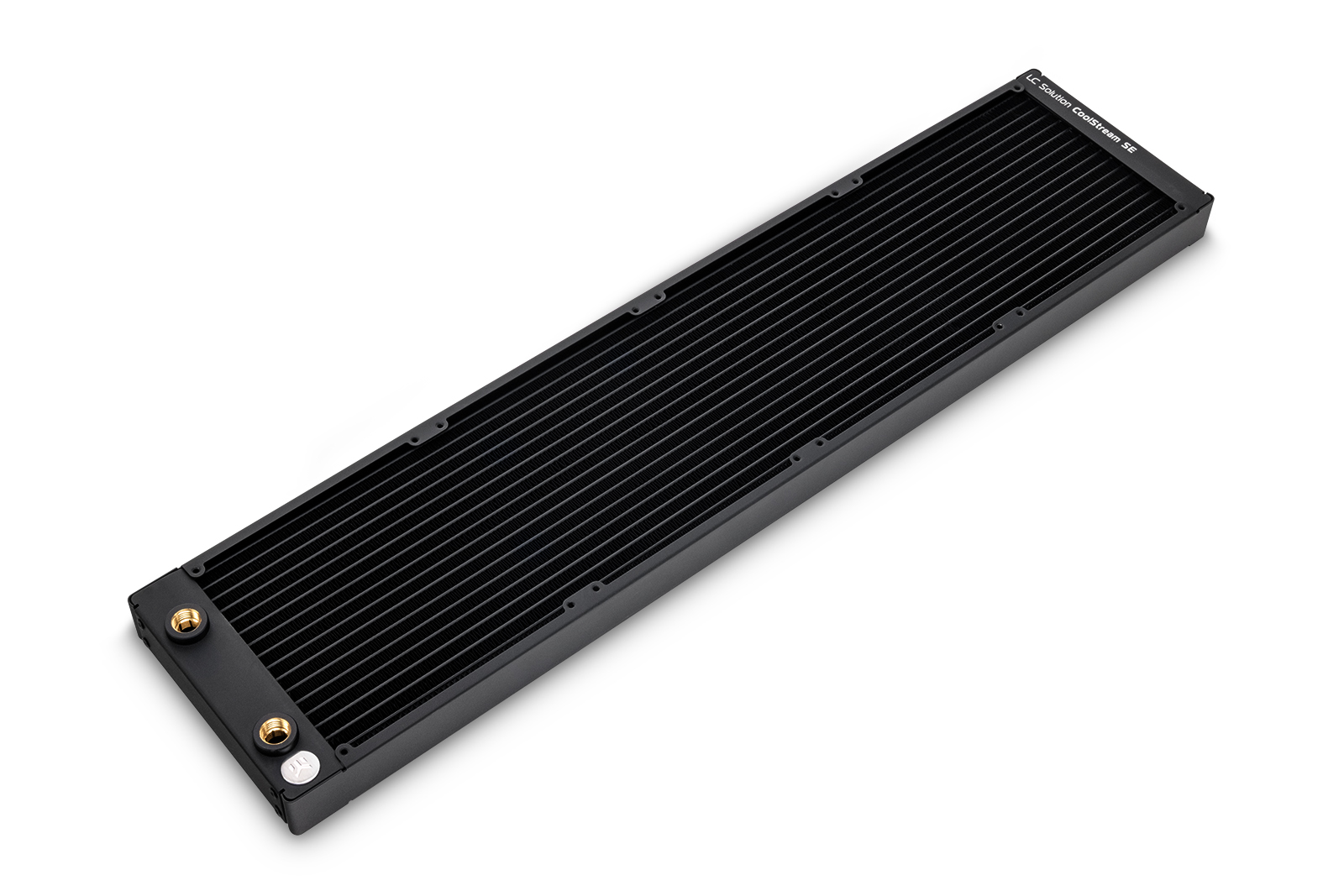 EK-CoolStream SE 420 and EK-CoolStream SE 560 radiators are available for purchase through EK Webshop and Partner Reseller Network. In the table below you can see manufacturer suggested retail price (MSRP) with VAT included.