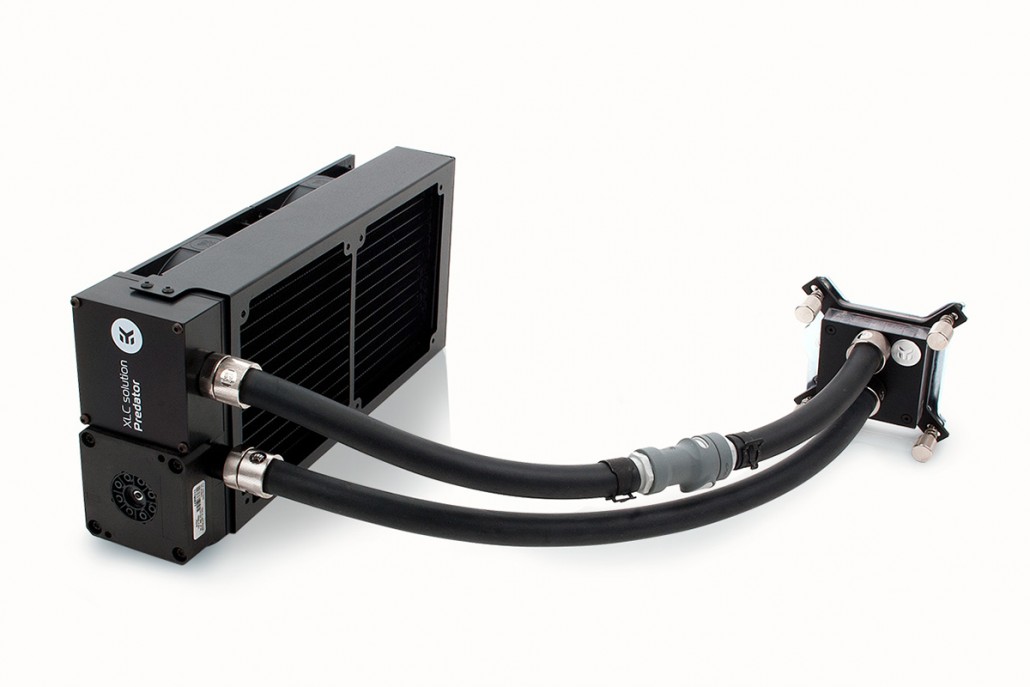 Since the launch of the Predator lineup, there was a huge demand for the EK-XLC Predator 240 with Quick Disconnects. EK listened to the community and is releasing the product today – with pre-filled GPU water blocks, readily available for purchase, gamers and enthusiasts can now build a complete liquid cooling system, including their CPU and GPU in the same loop!

The newest Predator family member now features Quick Disconnect or QDC, which was previously available only with the 360 version. Manufactured by renown Colder Products Company (CPC), this special medical-grade connector allows quick and tool-less expansion of the system without the need for draining of the unit. This allows users to add a pre-filled and QDC-enabled GPU water blocks which can be purchased separately through an EK web shop! The expansion of the system can be very quick, easy and safe. 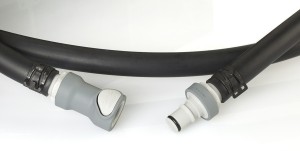 We have tested the Predator 240 under extreme conditions, with Intel® Core® i7 5960X (2011-3 socket) running at 4.0 GHz (1.20V) and overclocked NVIDIA® Titan X. The graphics card was connected using QDC and under full load, the system was dissipating a whopping 550W of heat! In the graph below you can see the thermal results at the different fan speeds.

HovercoreTM is a revolutionary design of radiator de-coupling that effectively prevents transfer of pump induced vibrations from the unit to the computer chassis itself, thus resulting in vibration-free and silent operation.

SupremacyTM MX CPU water block, top performer in Enthusiast segment, is specifically designed for Intel CPUs and offers great hydraulic and thermal performance. Carefully machined copper base is made from purest copper available and is further polished to absolute mirror finish. This alone greatly improves the cooling performance of the Predator.

CoolStreamTM PE 240mm radiator, has a full copper core superior to aluminum alternatives in terms of heat dissipation. In conjunction with EK-Vardar fans the result is increased performance across an entire fan operational range, thus delivering results both at low- and high airflow operation. Dimensions of the main radiator unit on Predator 360, with integrated pump and reservoir are: 295 x 133 x 68 mm. This allows mounting of the unit in most modern mid- and full-tower computer cases. 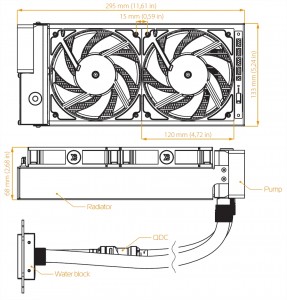 Made in Slovenia, Europe, the unit is readily available through EK Webshop and Partner Reseller Network. In the table below you can find MSR price with VAT included.