The EK-Vector FTW3 RTX 2080 Ti RGB high-performance water blocks are specially designed for EVGA FTW3 versions of NVIDIA® GeForce® RTX 2080 Ti graphics cards. The water blocks use the signature EK® single slot slim look, and it covers the entire PCB length. This sophisticated cooling solution will transform your powerful EVGA graphics card into a minimalistic, elegant piece of hardware with accented RGB LED lighting. The block also features a unique aesthetic cover over the block Terminal which is designed to showcase the graphics card model via LEDs, visible from the side.

The water block directly cools the GPU, VRAM and the VRM (voltage regulation module) as cooling liquid is channeled directly over these critical areas. These newly developed water blocks feature a redesigned cooling engine that has a larger footprint compared to the previous generation of EK Full Cover water blocks. This results in a larger surface area for heat transfer which increases the thermal performance of these water blocks. 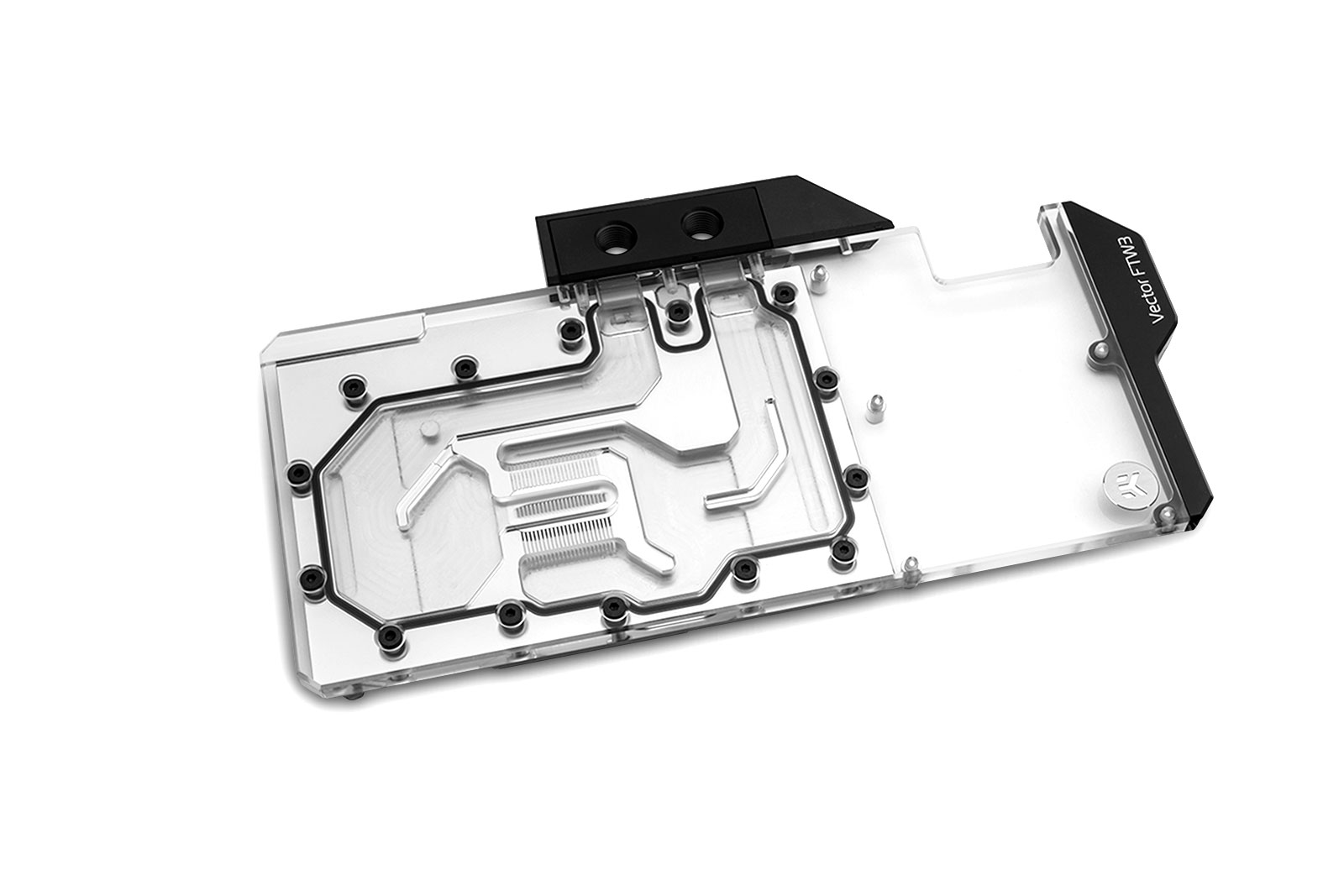 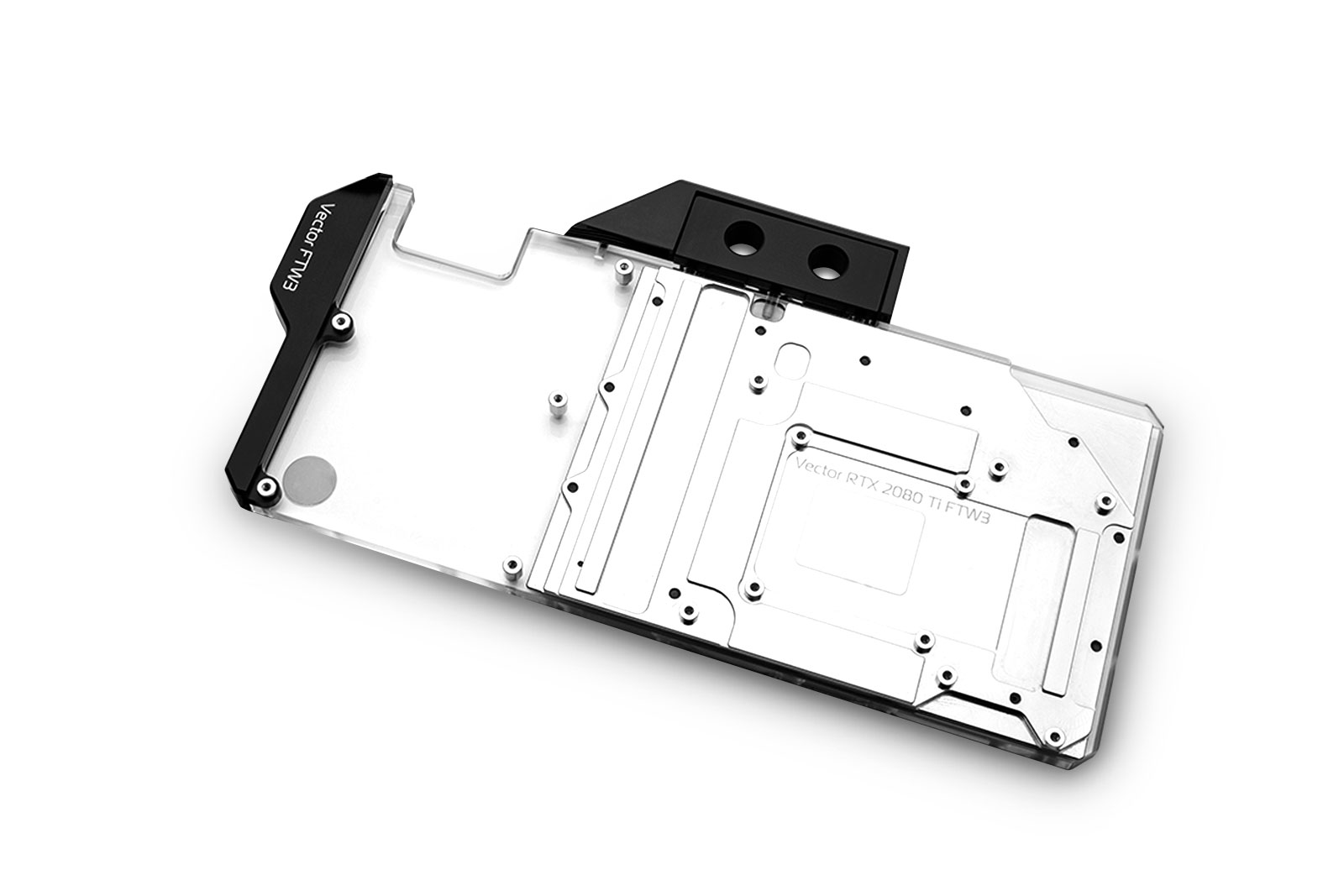 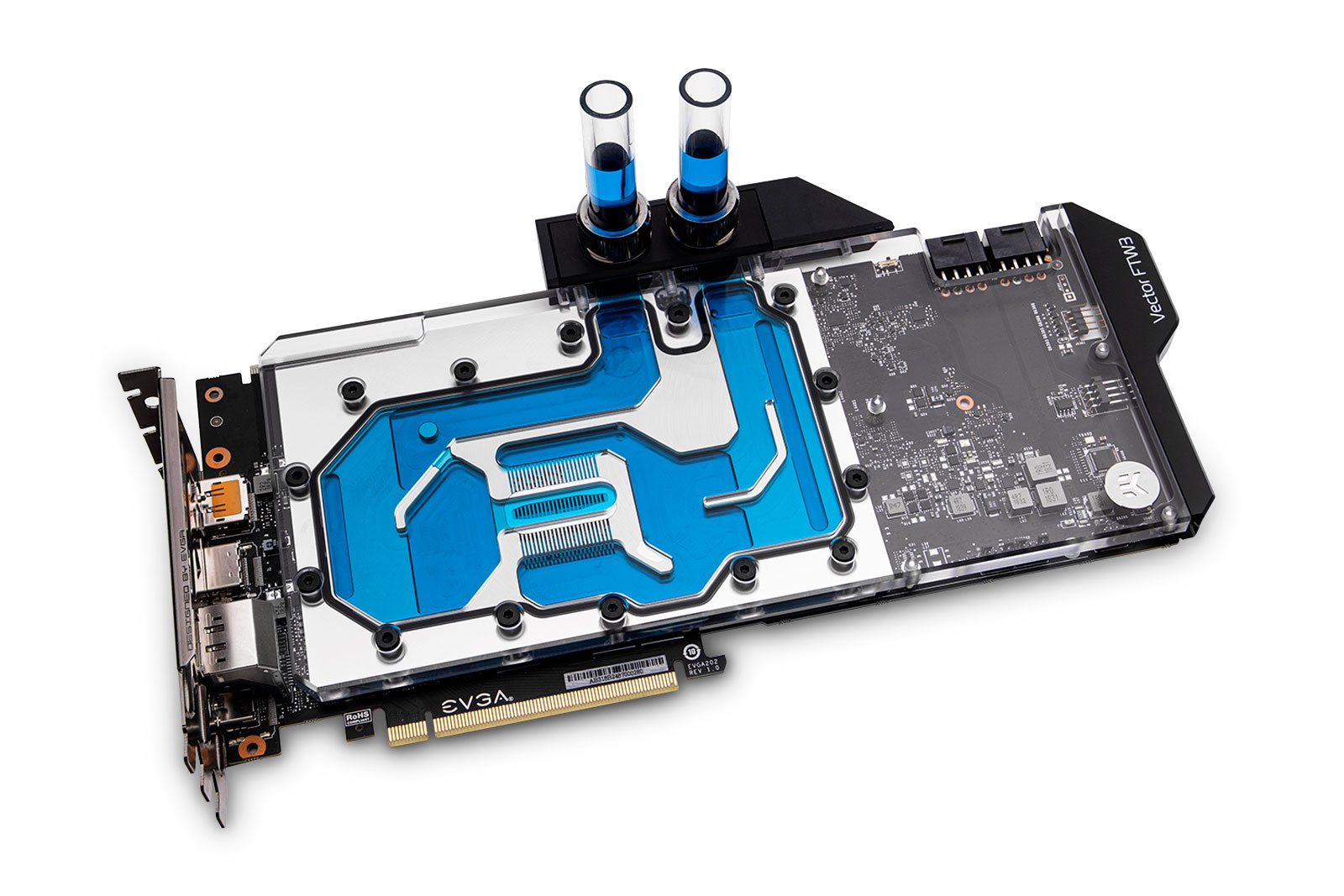 Both the NVIDIA® and EVGA NVLink™ are compatible with this water block. 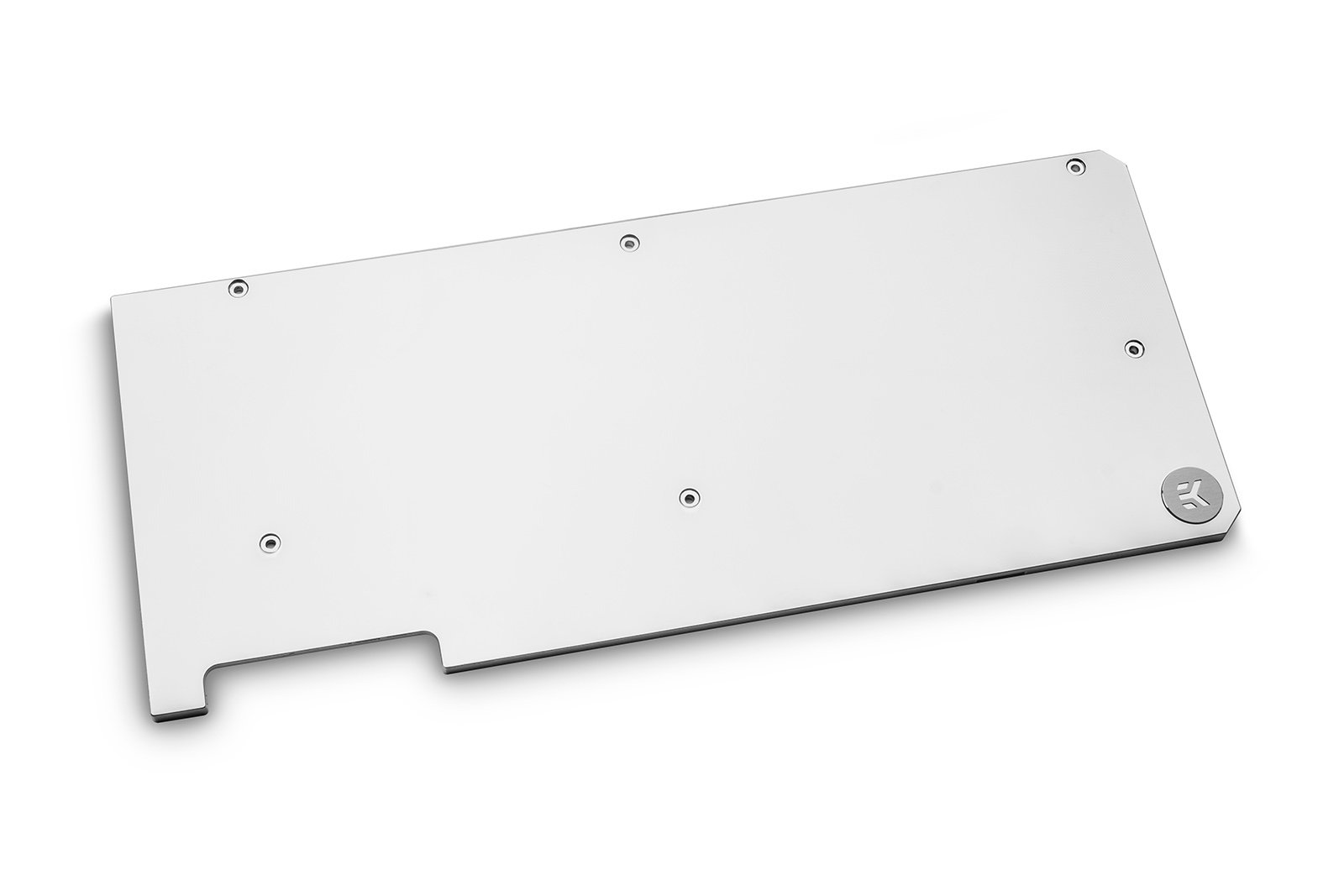 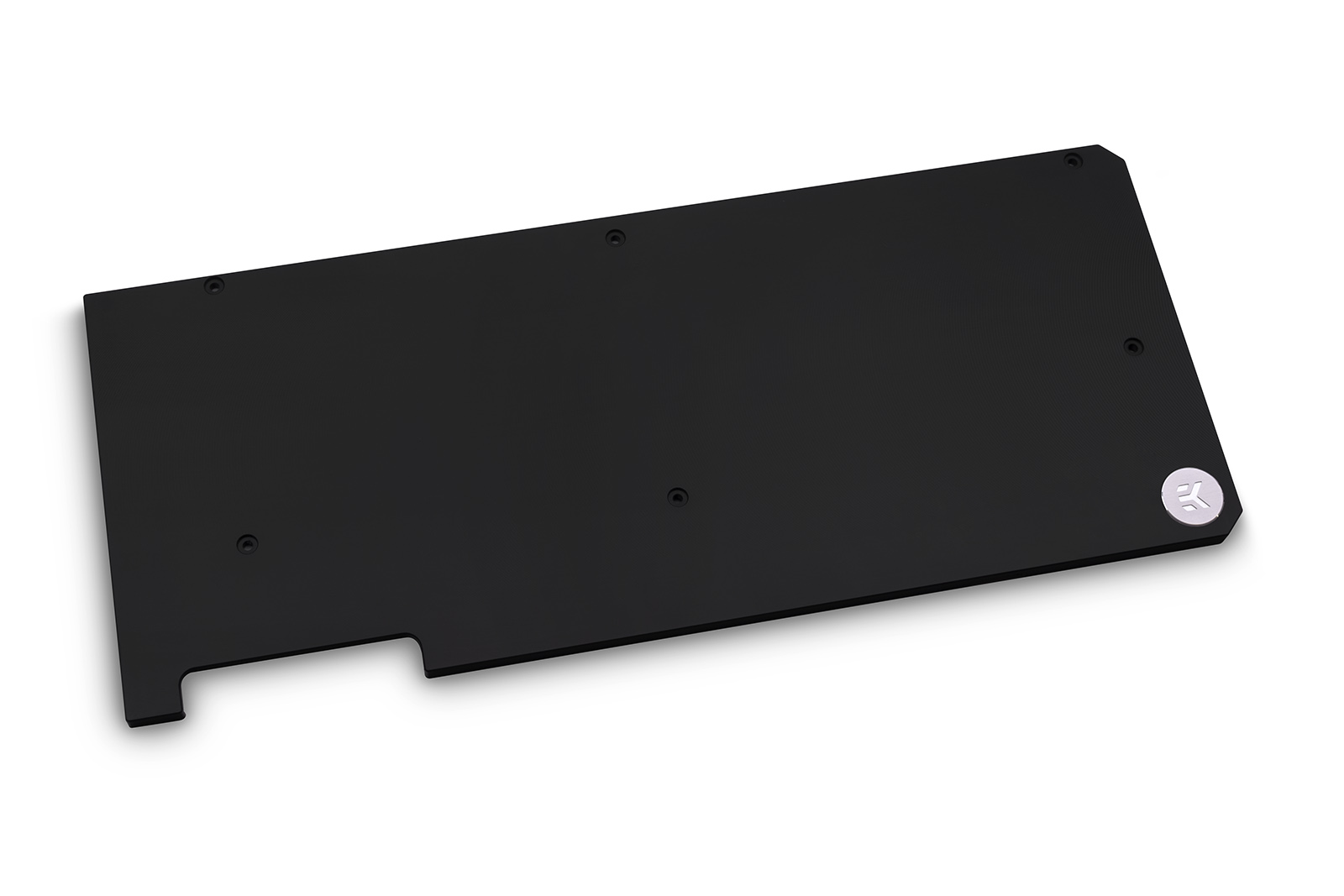 The EK-Vector FTW3 RTX 2080 Ti series water blocks and backplates are made in Slovenia, Europe and are available to order through the EK Webshop and Partner Reseller Network.  In the table below you can see the manufacturer suggested retail price (MSRP) with VAT included.