EK® Water Blocks, the premium computer liquid cooling gear manufacturer, is updating the current range of extended compatibility high-performance water blocks specially designed for reference design based NVIDIA® GeForce® RTX™ graphics cards. The EK-Quantum Vector RTX RE and RE Ti D-RGB high-performance water blocks are an evolution of the design where the standard 12V RGB is changed with 5V D-RGB which has separately addressable diodes. 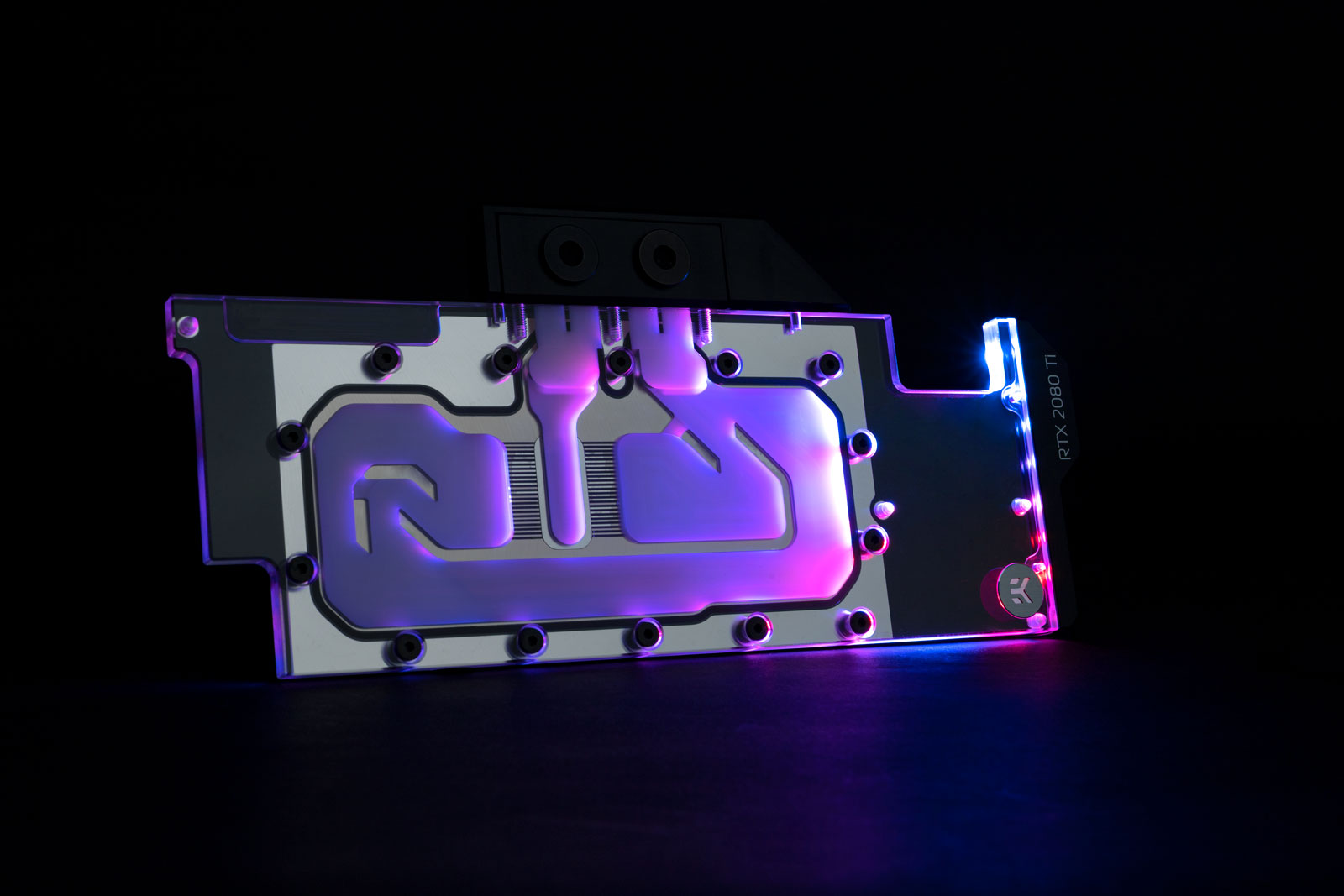 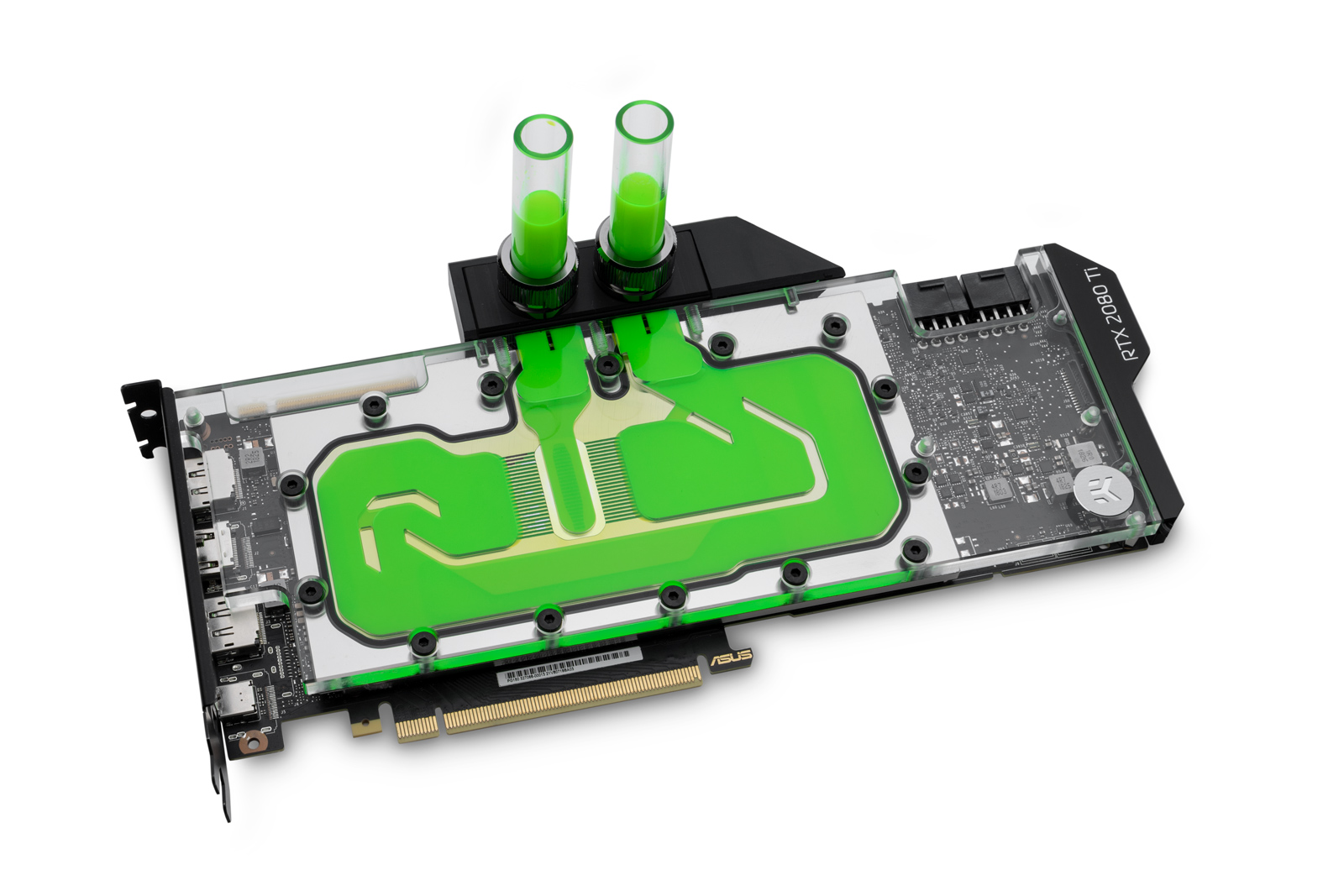 These RTX RE water blocks use the signature EK single slot slim look and cover the entire PCB length. This sophisticated cooling solution will transform your powerful NVIDIA graphics card into a minimalistic, elegant piece of hardware with accented RGB LED lighting in RGB variants. The block also features a unique aesthetic cover over the block terminal which is designed to showcase the graphics card model via addressable LEDs, visible from the side.

The water block comes in 2 different models tailor-made for either reference NVIDIA RTX 2080 or NVIDIA RTX 2080 Ti. Each of them directly cools the GPU, VRAM and the VRM (voltage regulation module) as cooling liquid is channeled directly over these critical areas. This allows the graphics card to remain stable at high overclocks, intensive workloads and also enables it to run at its maximum boost clock. Ultimately, you can enjoy gaming at the highest possible performance of your graphics card, stutter-free in a low noise environment. 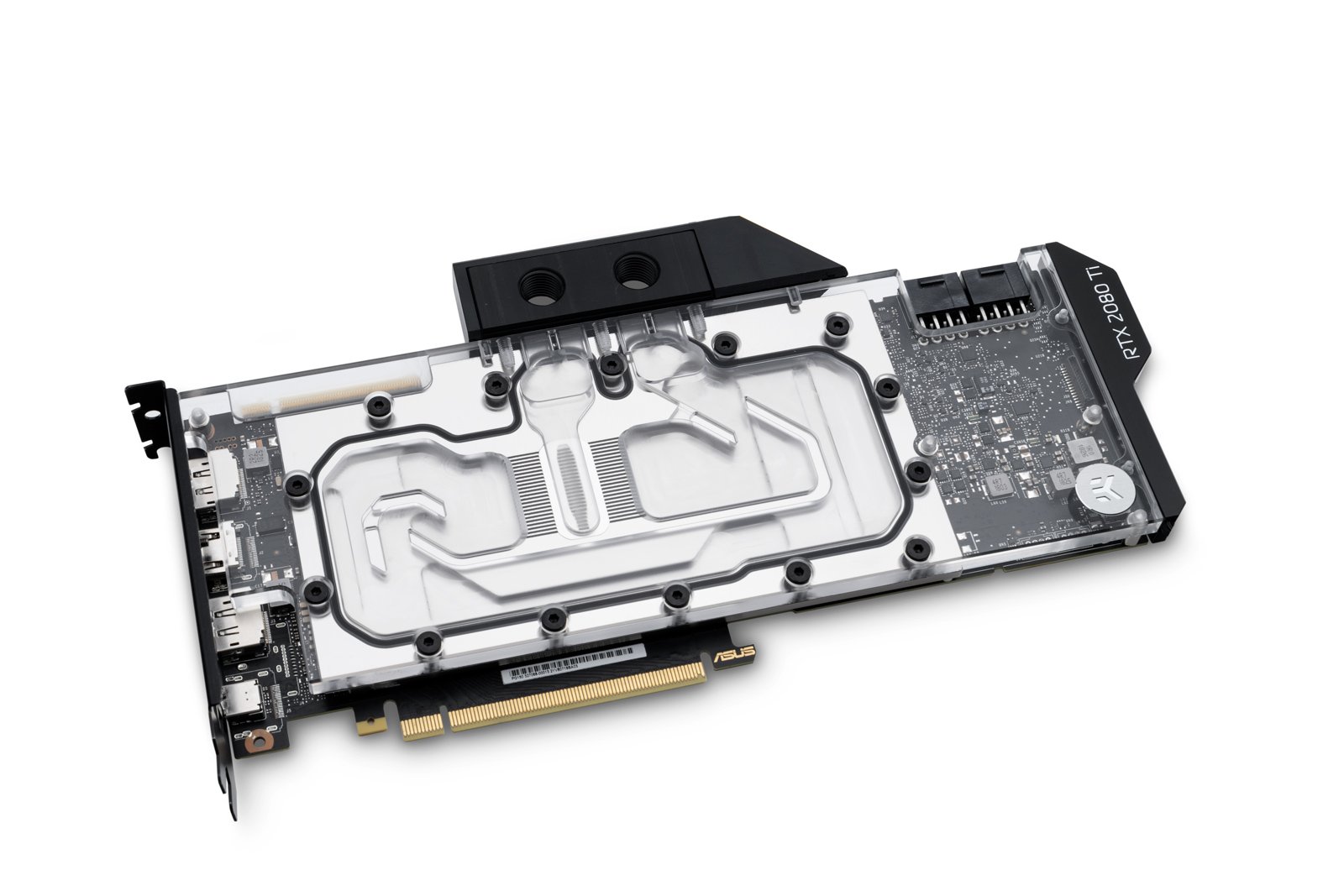 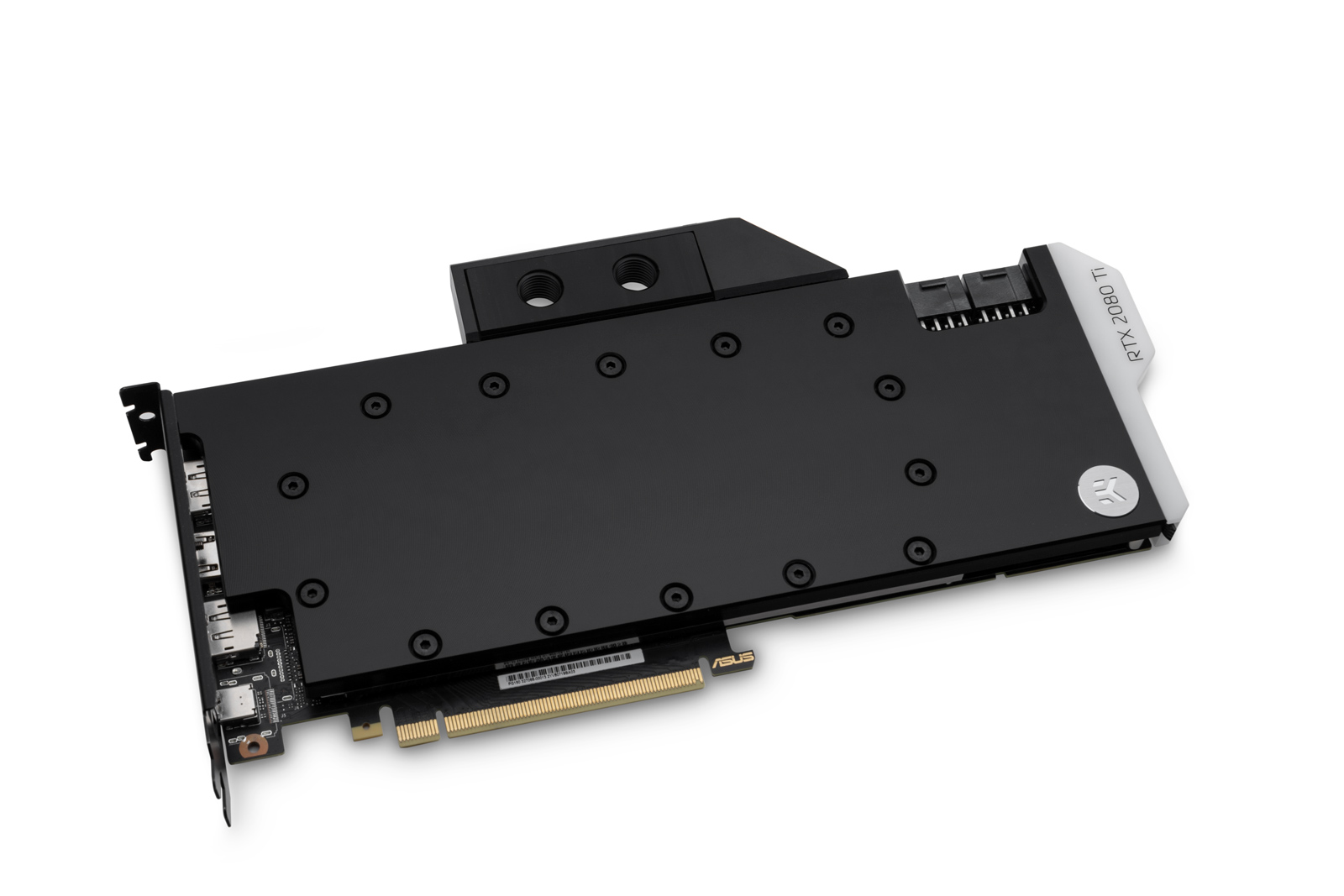 EK-Quantum Vector RTX RE Ti D-RGB – nickel plexi on the left, and nickel acetal on the right 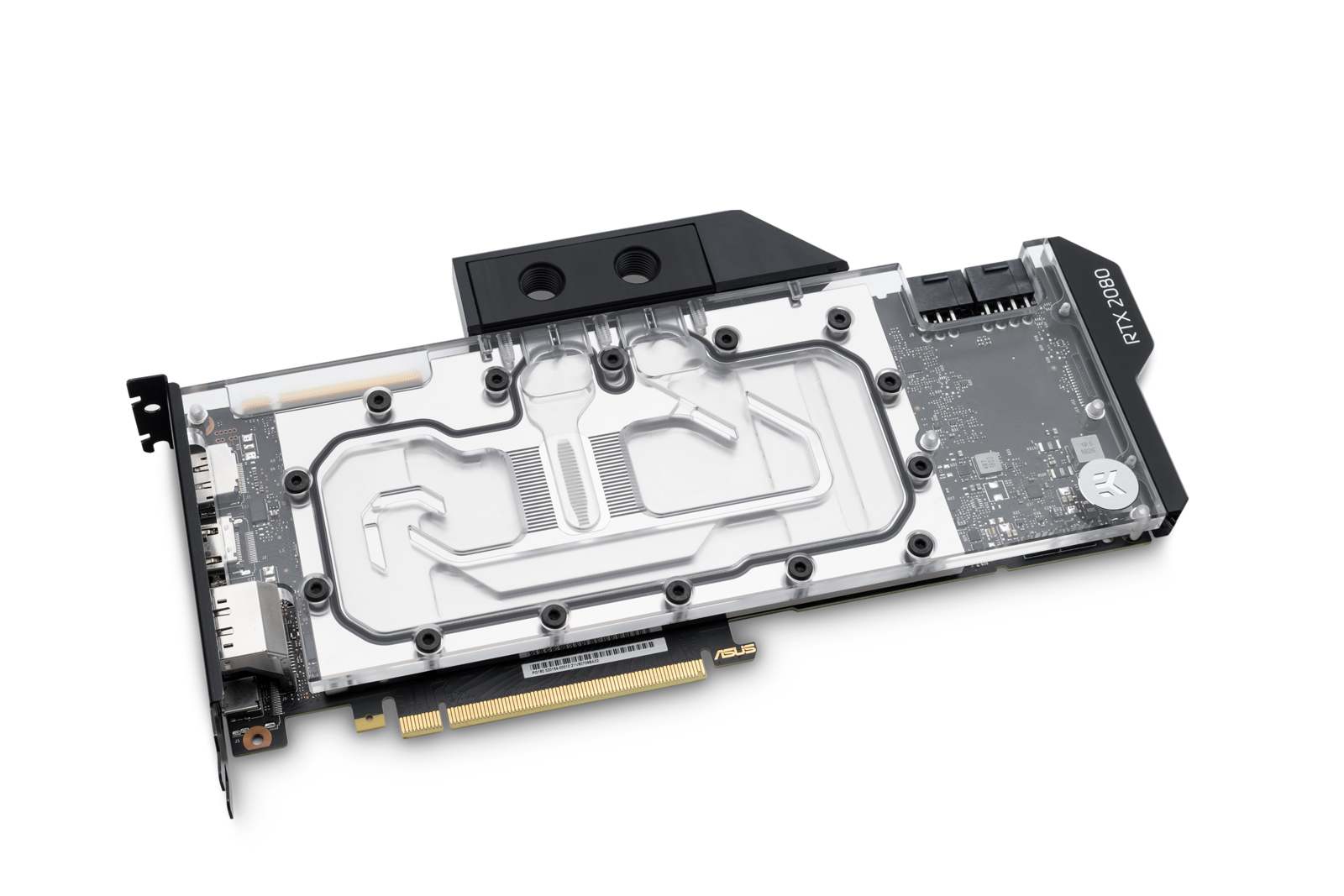 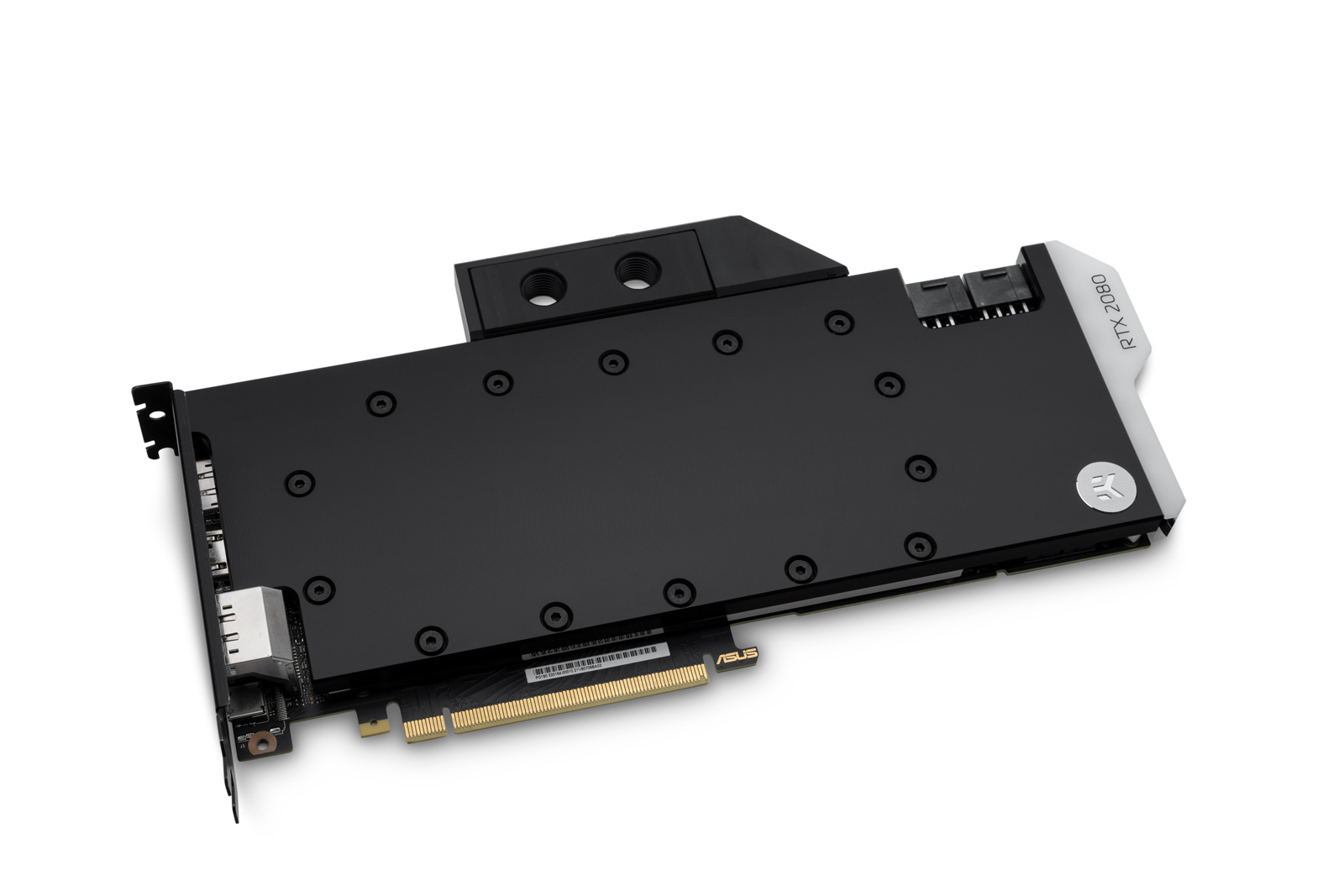 EK-Quantum Vector RTX RE D-RGB – nickel plexi on the left, and nickel acetal on the right

The water blocks are equipped with 5V D-RGB (addressable) LEDs which are compatible with the motherboard 3-pin 5V D-RGB (addressable) LED header. This product is compatible with popular RGB sync technologies from all major motherboard manufacturers. The new RE lineup of blocks features the signature EK-Quantum Vector cooling engine that was further tweaked for even better performance and optimized flow compared to the original Vector blocks.

The EK-Quantum Vector Series water blocks use an open split-flow cooling engine design which proved to be a superior solution for GPU water blocks. It is characterized by low hydraulic flow restrictions, meaning it can be used with weaker water pumps, or pumps running on low-speed settings and still achieve top performance. The jet plate and fin structure geometry have been optimized to provide even flow distribution with minimal losses and optimal performances even when used in reversed water flow scenarios.

They enable a quick and easy upgrade of the existing EK-Vector RE water blocks to the latest addressable 5V D-RGB version of this EK-Quantum water block. The EK-Quantum Vector RTX upgrade kits come separately in two different version each having white and black color stick out option: 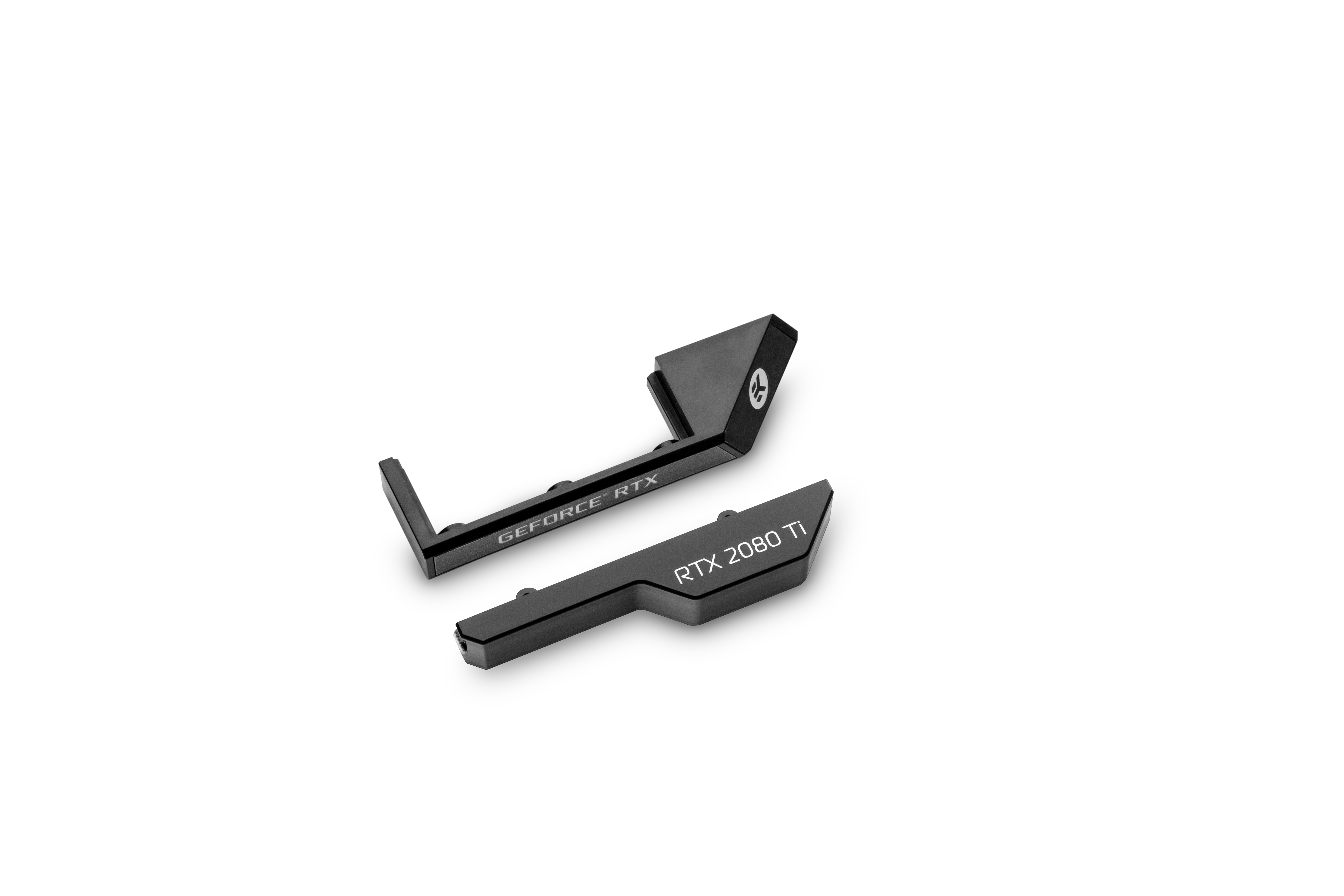 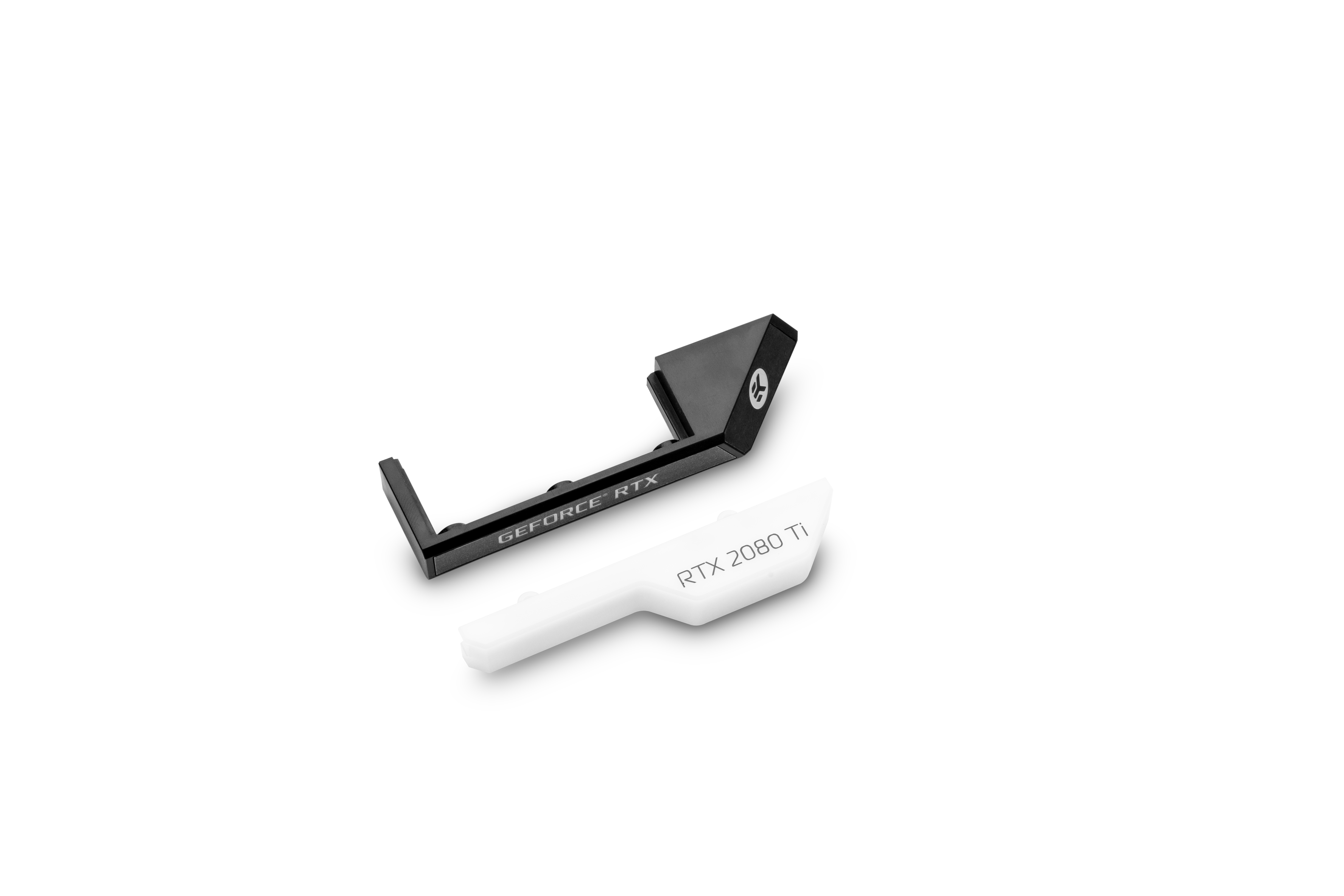 The EK-Quantum Vector RTX RE D-RGB series water blocks and backplates are made in Slovenia, Europe and are available NOW for order through EK Webshop and Partner Reseller Network. In the table below you can see the manufacturer suggested retail price (MSRP) with VAT included.