EK®, the leading computer liquid cooling solutions provider, is introducing a new vertical GPU mounting bracket. This is an evolution of the EK-Loop Vertical GPU Holder and it is called EK-Loop Vertical GPU Holder EVO – Gen4 Riser. It is the most secure and rigid vertical GPU mounting mechanism, as it stands out for the way it uses two ATX motherboard mounting points to additionally secure the graphics card. Not only is this unique holder implementing unique mounting technologies, but it also uses thicker materials than other competitive solutions on the market. The list of upgrades to the original design also includes the offset-ability, PCIe 4.0 riser cable, EK-Matrix7 compliance, and compatibility with EK-Quantum Vector Active Backplates. 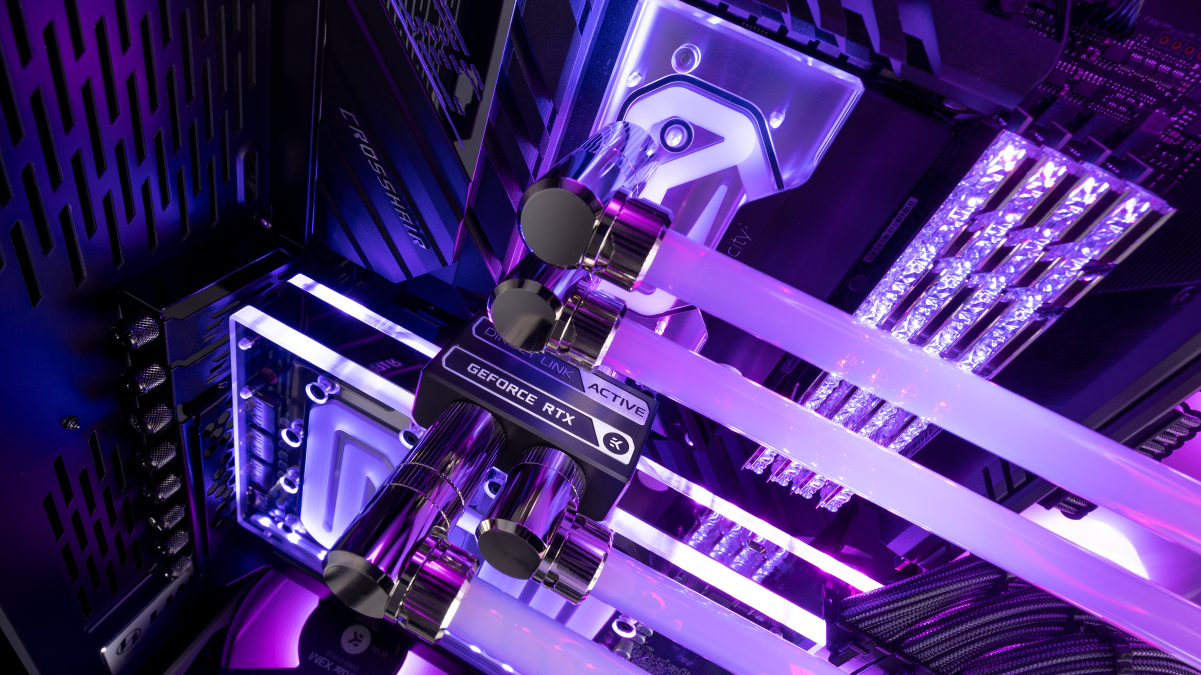 Displaying your water-cooled graphics card or, alternatively, a GPU with a standard massive air cooler has become more and more popular over the years. One way to do this is to use the special aftermarket brackets that allow mounting the GPU vertically if the case is not already equipped with vertical PCIe slots. However, the user often faces issues with how these solutions work since they don’t offer enough support, allowing the GPU to move around, sag, and stay crooked. This can significantly impair the aesthetics of said PC, which is a major problem as improving the looks is the main purpose of this bracket. Things can be even more challenging with liquid cooling, especially when installing fittings and tubing to a vertically placed GPU. Not to mention trying to ship a PC with a vertically mounted GPU.

Fortunately, EK has come up with a unique approach that eliminates all of these problems that can be potentially fatal for expensive hardware. The EK-Loop Vertical GPU Holder EVO allows the graphics card to be vertically mounted in any ATX PC case with an open-style rear PCIe I/O slot layout. The vertical GPU mount is made of 1.5mm thick, black-coated steel to provide excellent structural rigidity. Additionally, it uses two motherboard screw standoffs to get two additional points of contact and stability, eliminating sagging and horizontal movement of the GPU. An upgrade to the original Vertical GPU holder is the option to offset the mount, providing additional space for the radiator at the bottom of the case or allowing you to mount a 3-slot GPU.  This vertical mounting bracket is compatible with EK active backplates. 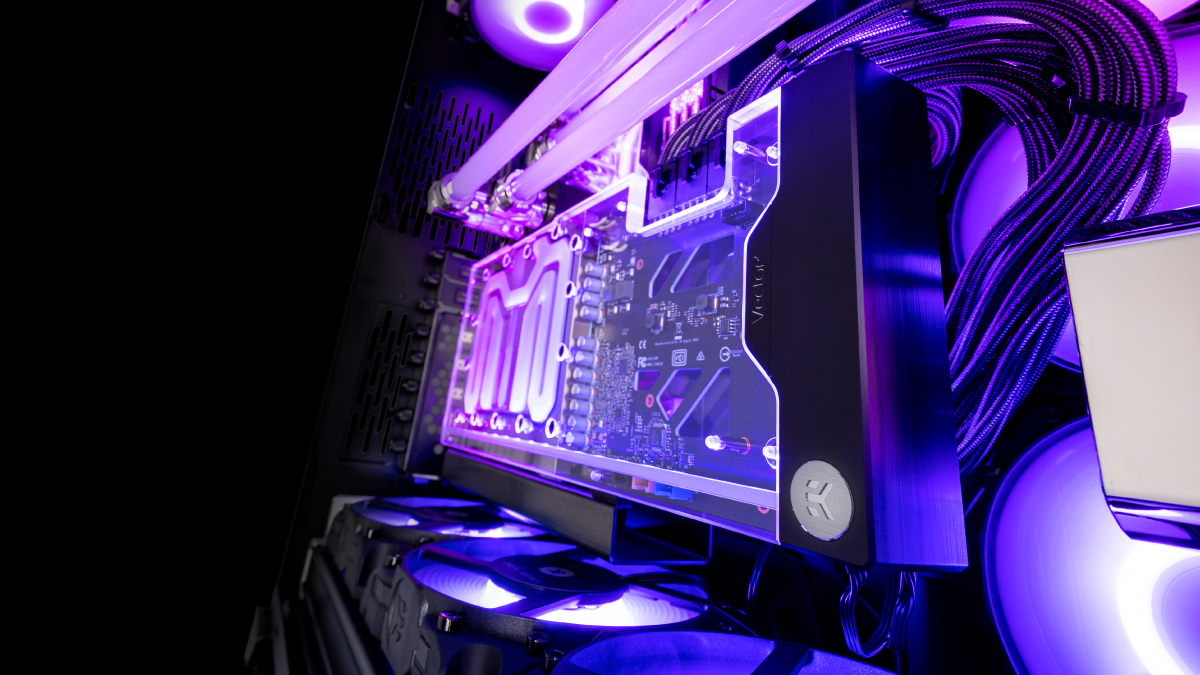 In this raised position, the GPU Holder may support 3-slot GPUs because the GPU clamping part of the Holder is raised above the PCIe bracket holder in the PC chassis. You still need to double-check and ensure there will be no overlapping of the I/O ports or interference of the GPU with the CPU cooler.

Before the bracket is installed at the ATX mounting points, two plastic standoffs are placed to protect the motherboard and allow the bracket to be installed on motherboards with intricate and complex aesthetical covers. 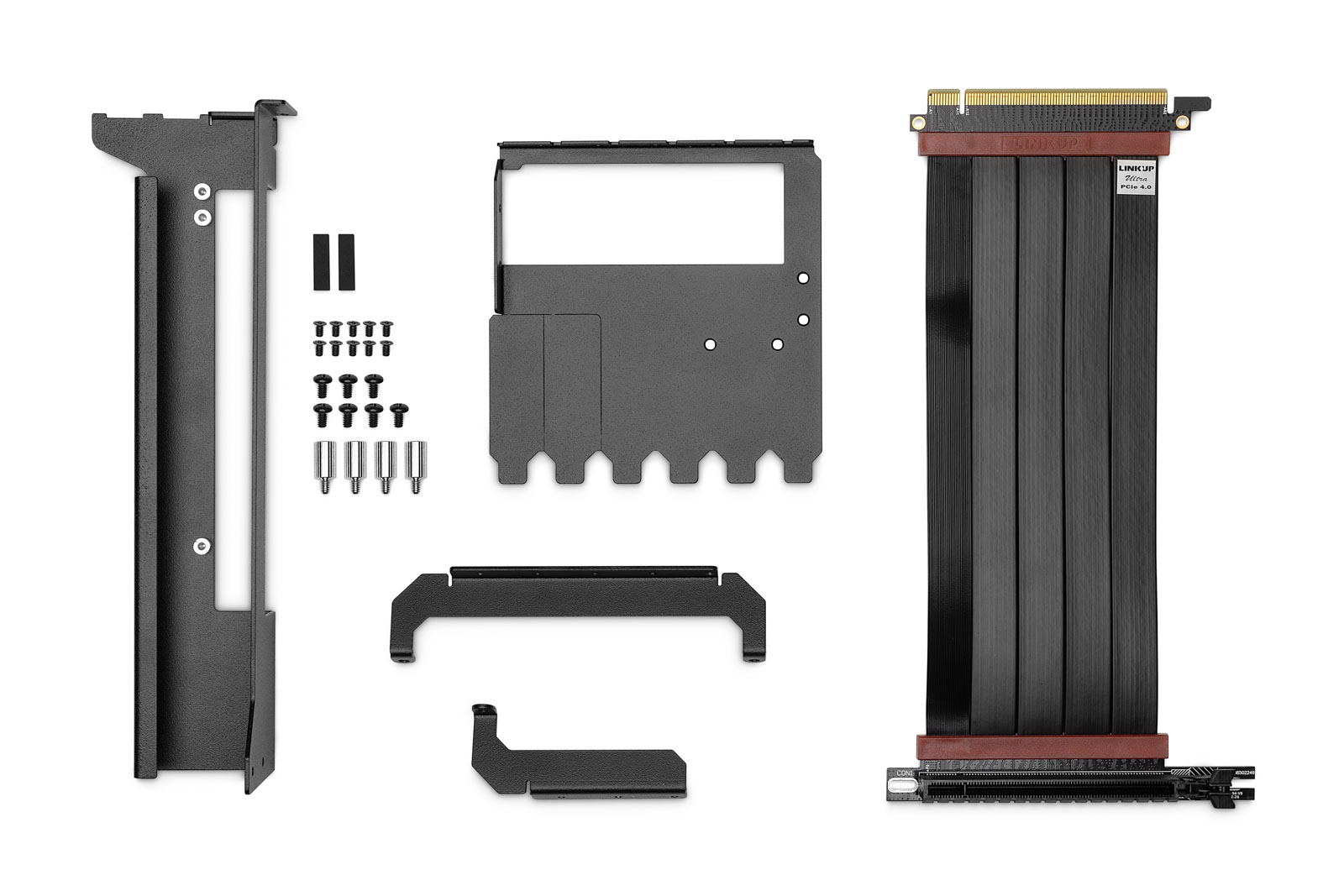 Most other solutions that provide a PCIe 3.0 cable cause issues with PCIe 4.0 motherboards coupled with gen4 GPUs. The EK-Loop Vertical GPU Holder EVO, on the other hand, provides a fully certified gen4 riser cable that is rigorously tested with both the RX 6000 series AMD® GPUs and RTX 30 series NVIDIA® GPUs. Although this is a true PCIe 4.0 riser cable, it is also 100% compatible with PCIe 3.0 standard.

EK-Loop Vertical GPU Holder EVO can be mounted on cases with an open PCI-E expansion slot design, with a minimum of 4-6 free slots. 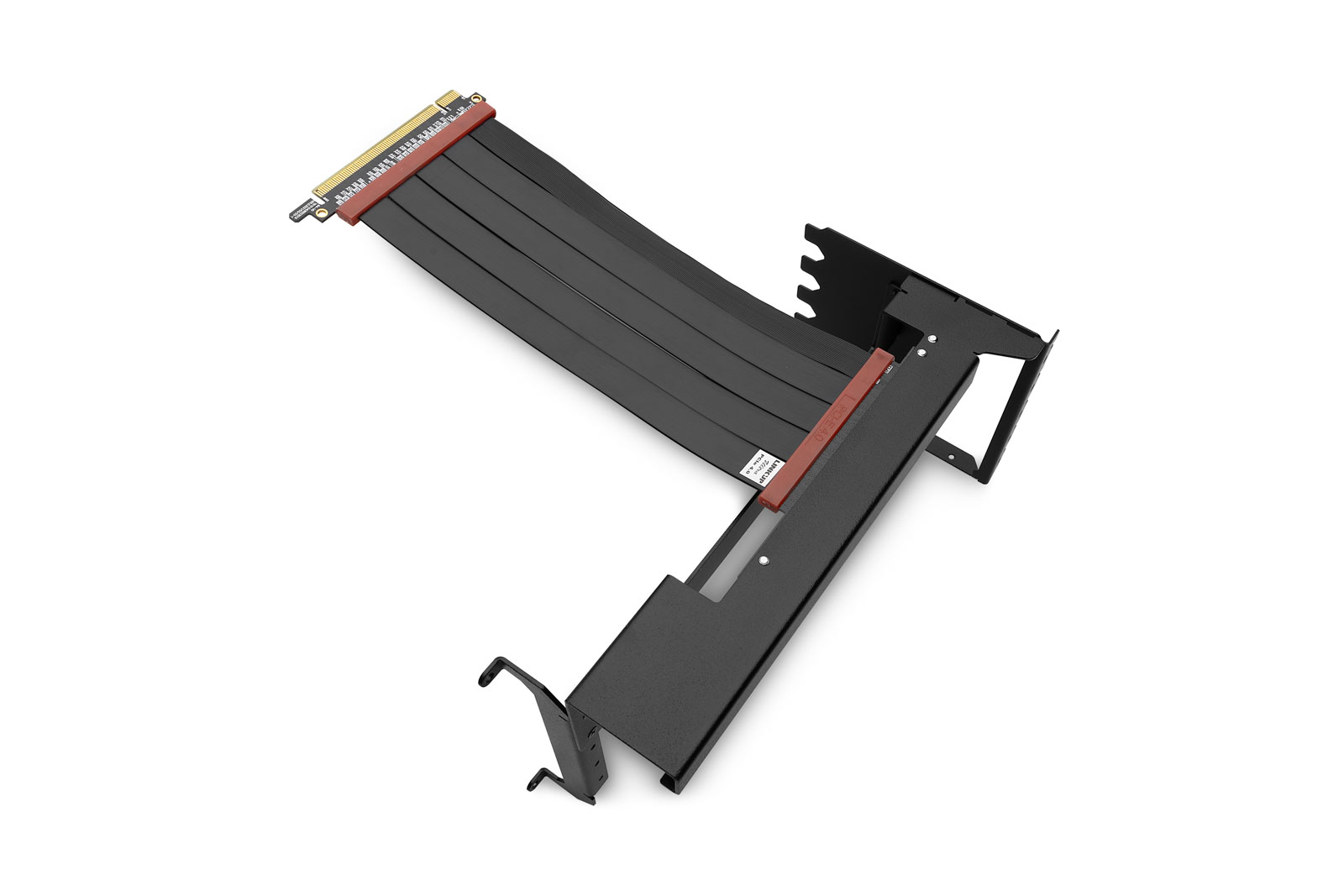 The EK-Loop Vertical GPU Holder EVO – Gen4 Riser is made in Slovenia, Europe, and is available through the EK Webshop and Partner Reseller Network. The table below shows the manufacturer suggested retail price (MSRP), VAT included.