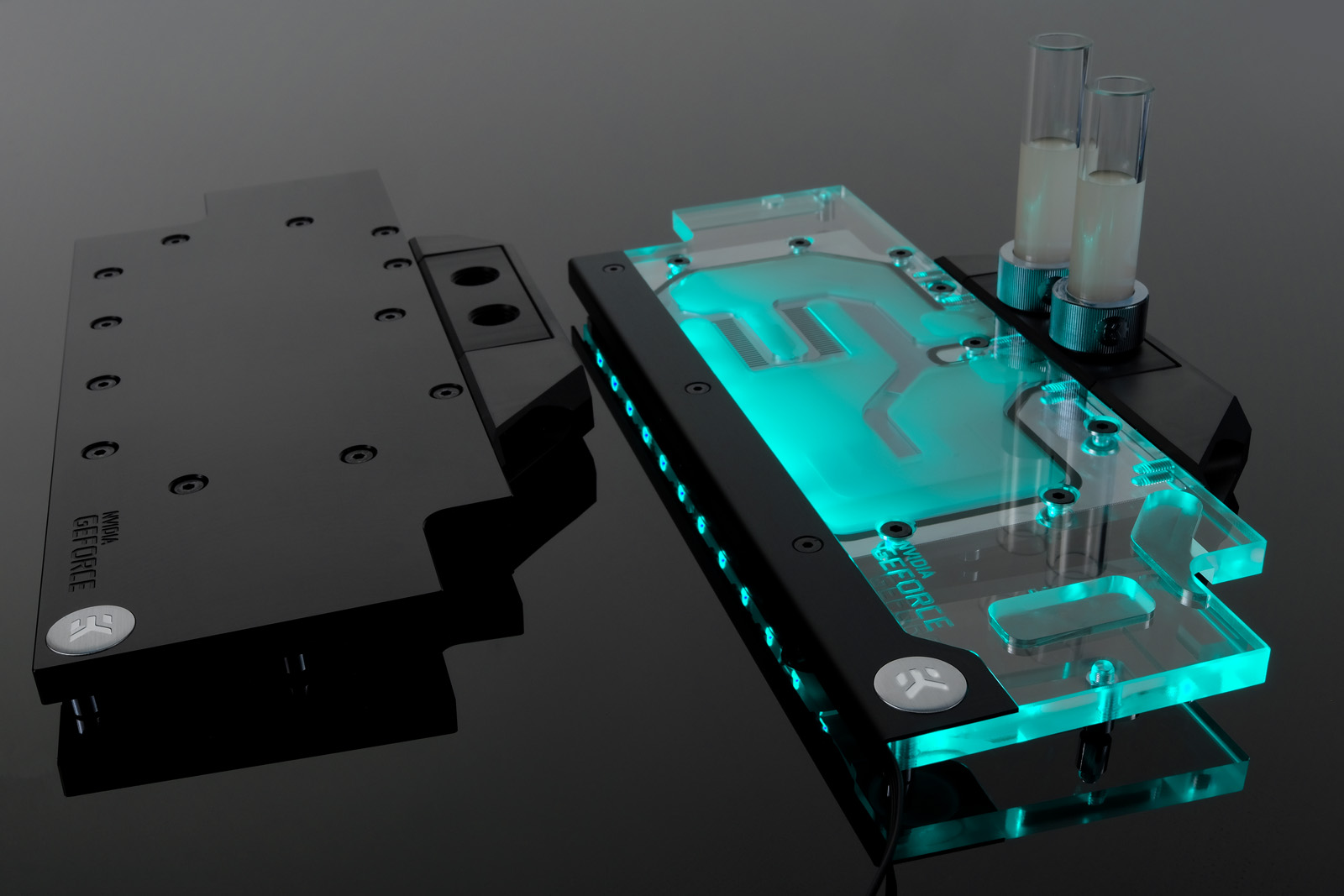 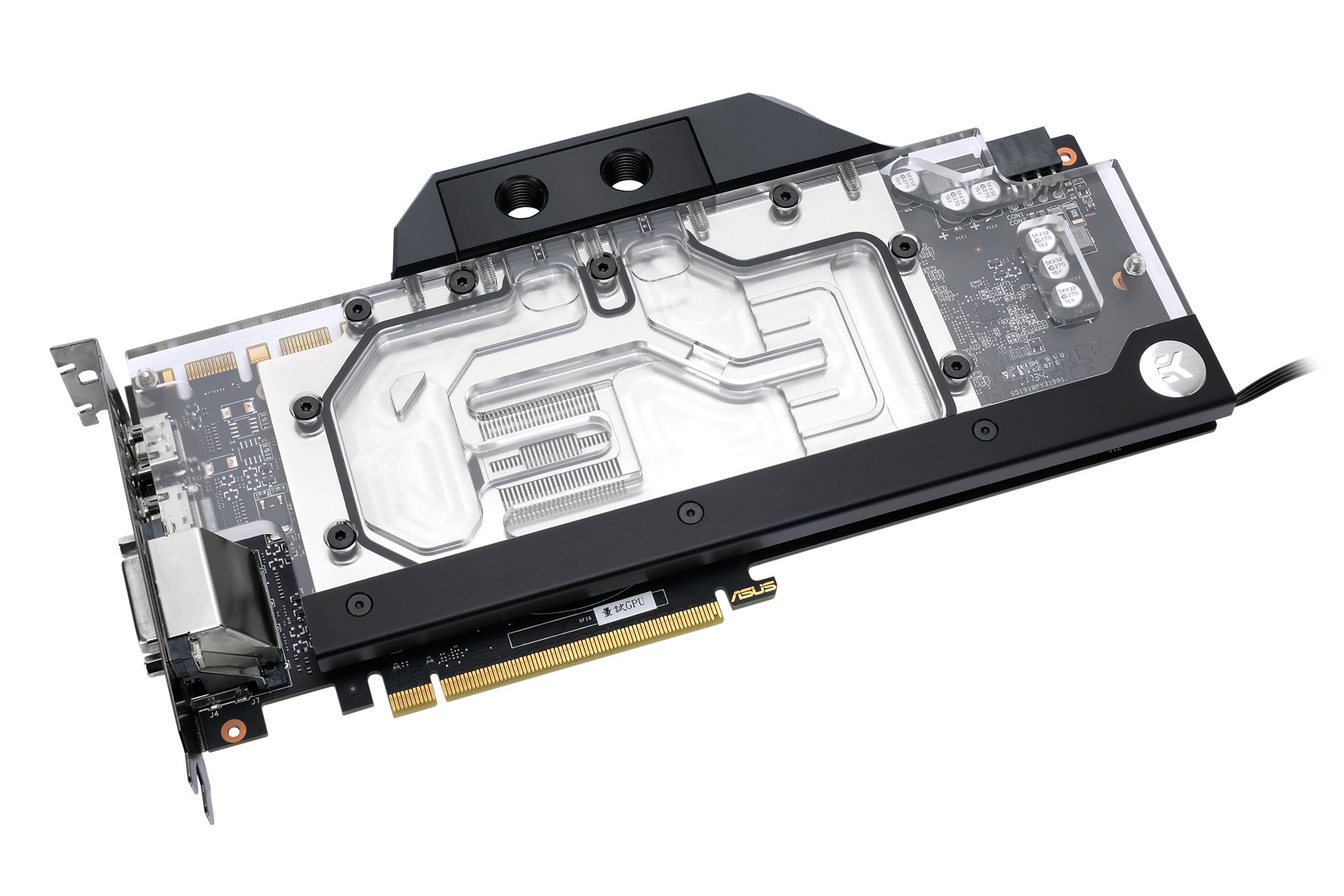 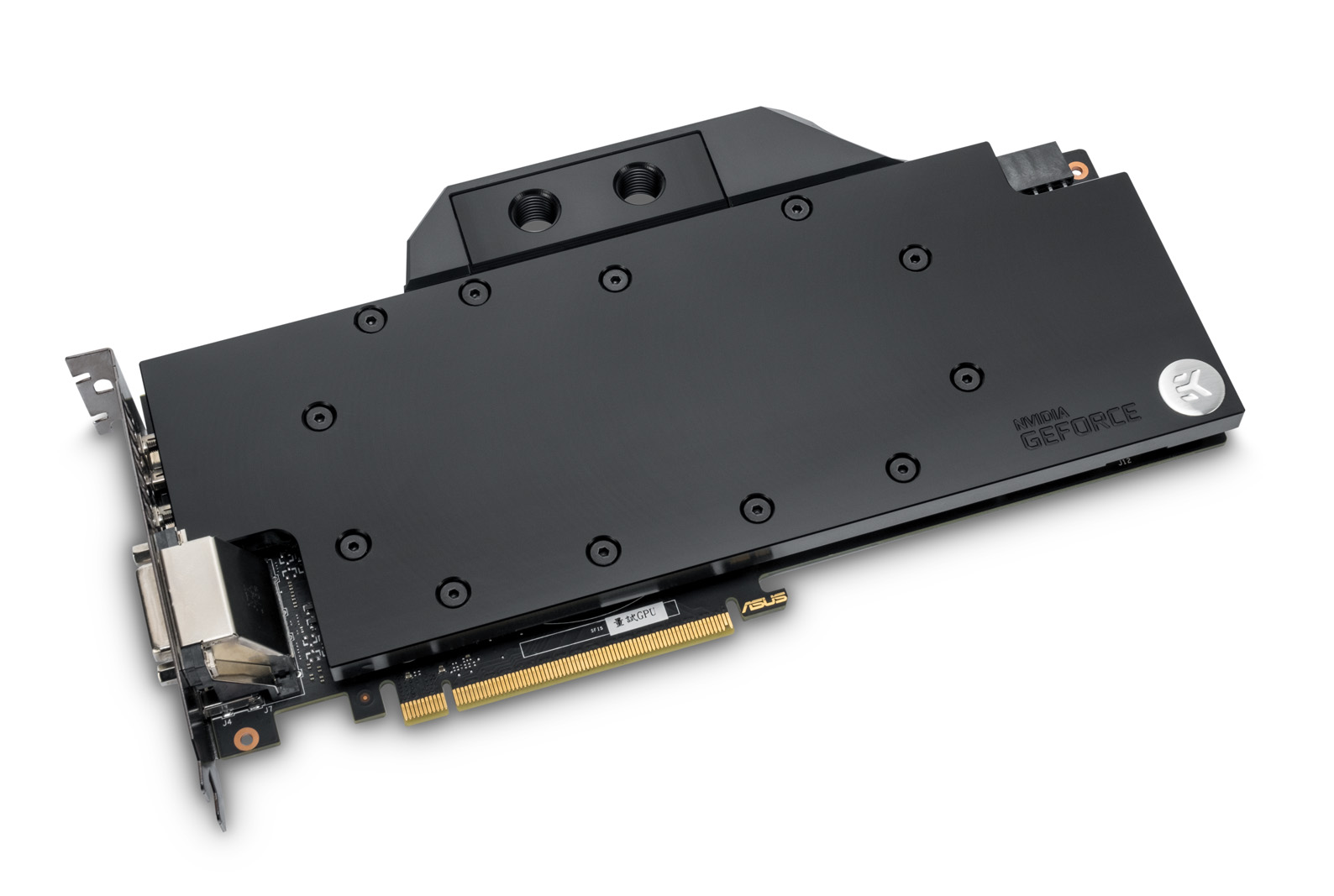 The base of the block is made of nickel-plated electrolytic copper while the top is made of a high-quality acrylic material or POM Acetal material (depending on the variant). The top material does not affect the block performance in any way. 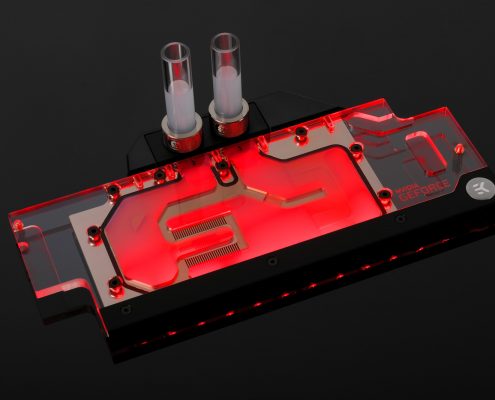 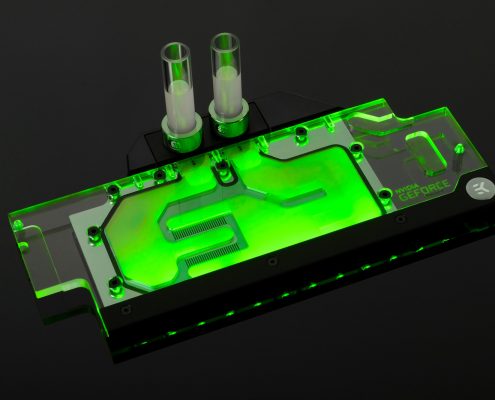 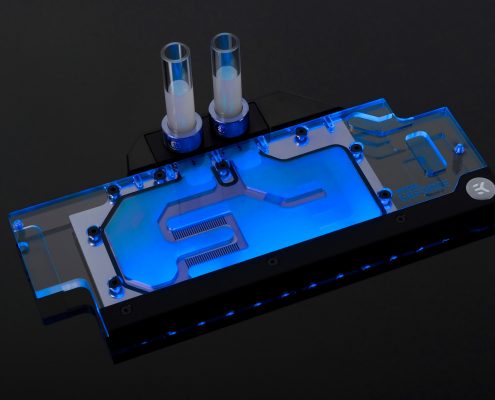 These full cover water blocks are made in Slovenia, Europe and are available for pre-order through EK Webshop and Partner Reseller Network. EK-FC1070 GTX Ti ASUS water blocks and the corresponding backplates will start shipping Monday, 21st of May 2018! In the table below you can see manufacturer suggested retail price (MSRP) with VAT included.