EK® is releasing a new AM4 monoblock for the MSI® X470 Gaming Pro Carbon motherboard! 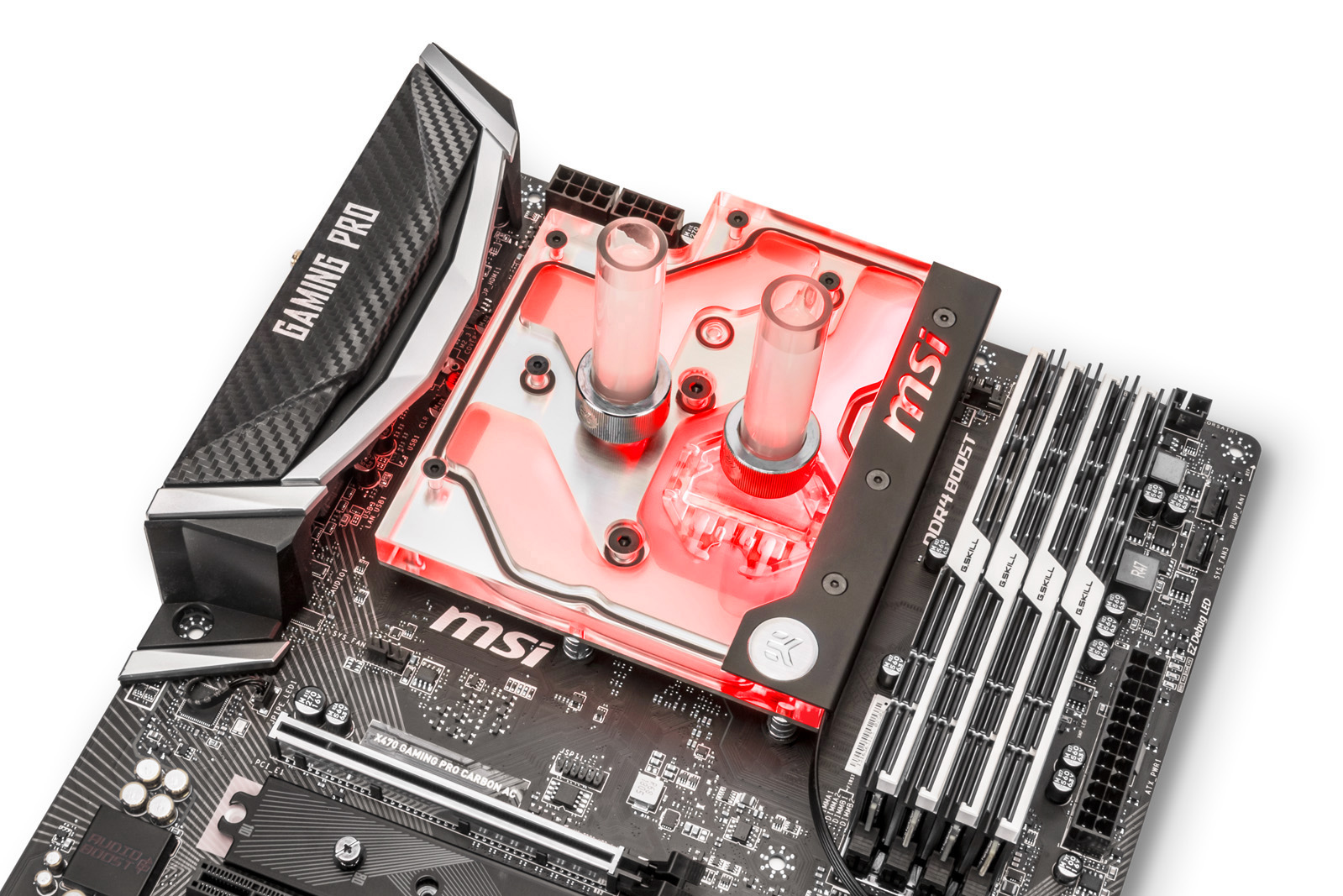 This is a complete all-in-one (CPU and motherboard) liquid cooling solution for the MSI® X470 Gaming Pro Carbon motherboard that supports the second generation of AMD® Ryzen™ and 7th Generation A-series/Athlon™ processors.

Designed and engineered in cooperation with MSI®, this monoblock uses award-winning EK-Supremacy EVO cooling engine to ensure the best possible CPU cooling. This water block directly cools AMD® AM4 socket type CPU, as well as the power regulation (MOSFET) module. Liquid flows directly over all critical areas, providing the enthusiasts with a great solution for high and stable overclocks. Like with every EK monoblock, EK-FB MSI X470 Pro Carbon RGB features high flow design and this monoblock can be easily used with the system using a weaker water pump as well. 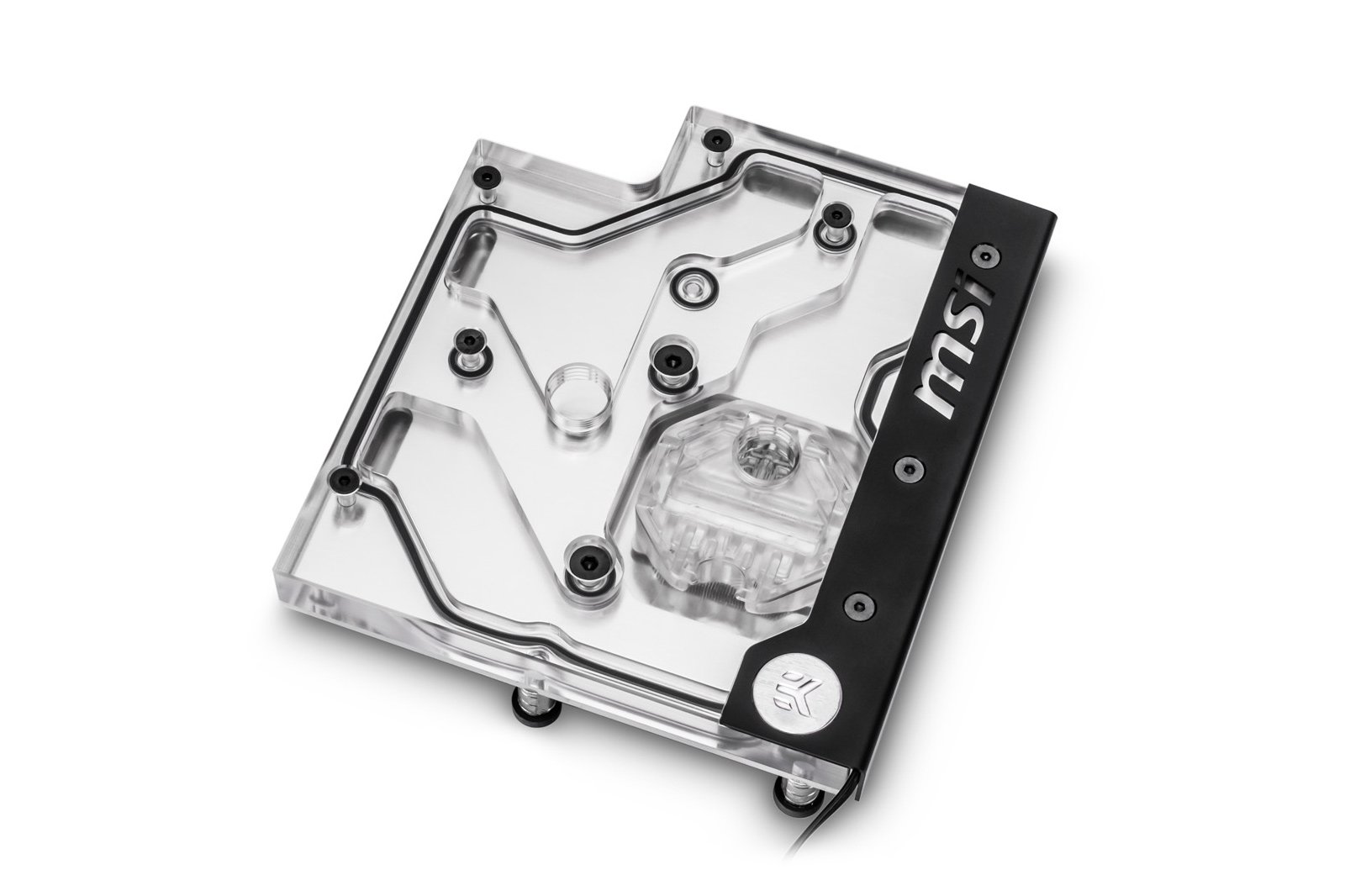 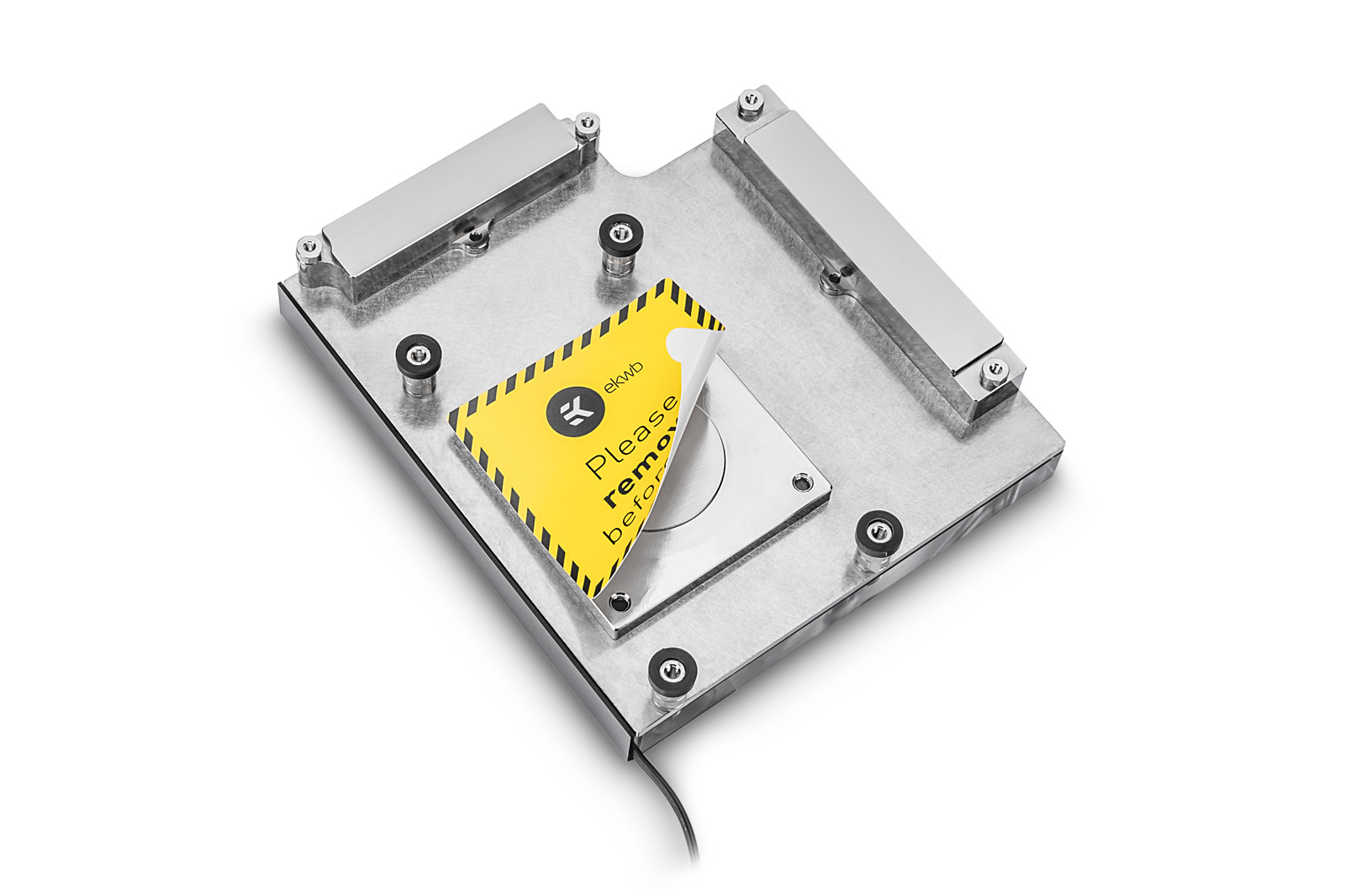 A standard 4-pin 12V RGB LED strip is installed in the monoblock that connects to the motherboard’s 4-pin LED header or it can be connected to any other standard 12V 4-pin LED controller. The LED strip cover can easily be removed for adjusting the cable orientation or replacing the ordinary LED strip with a Digital LED strip or any other custom solution as well! The enclosed Digital RGB LED strip is compatible only with the dedicated 3-pin digital LED motherboard header. MSI® motherboards feature advanced LED lighting options and with the MSI® Mystic Light Sync, users can individually address color to each LED on the monoblocks integrated Digital LED strip. 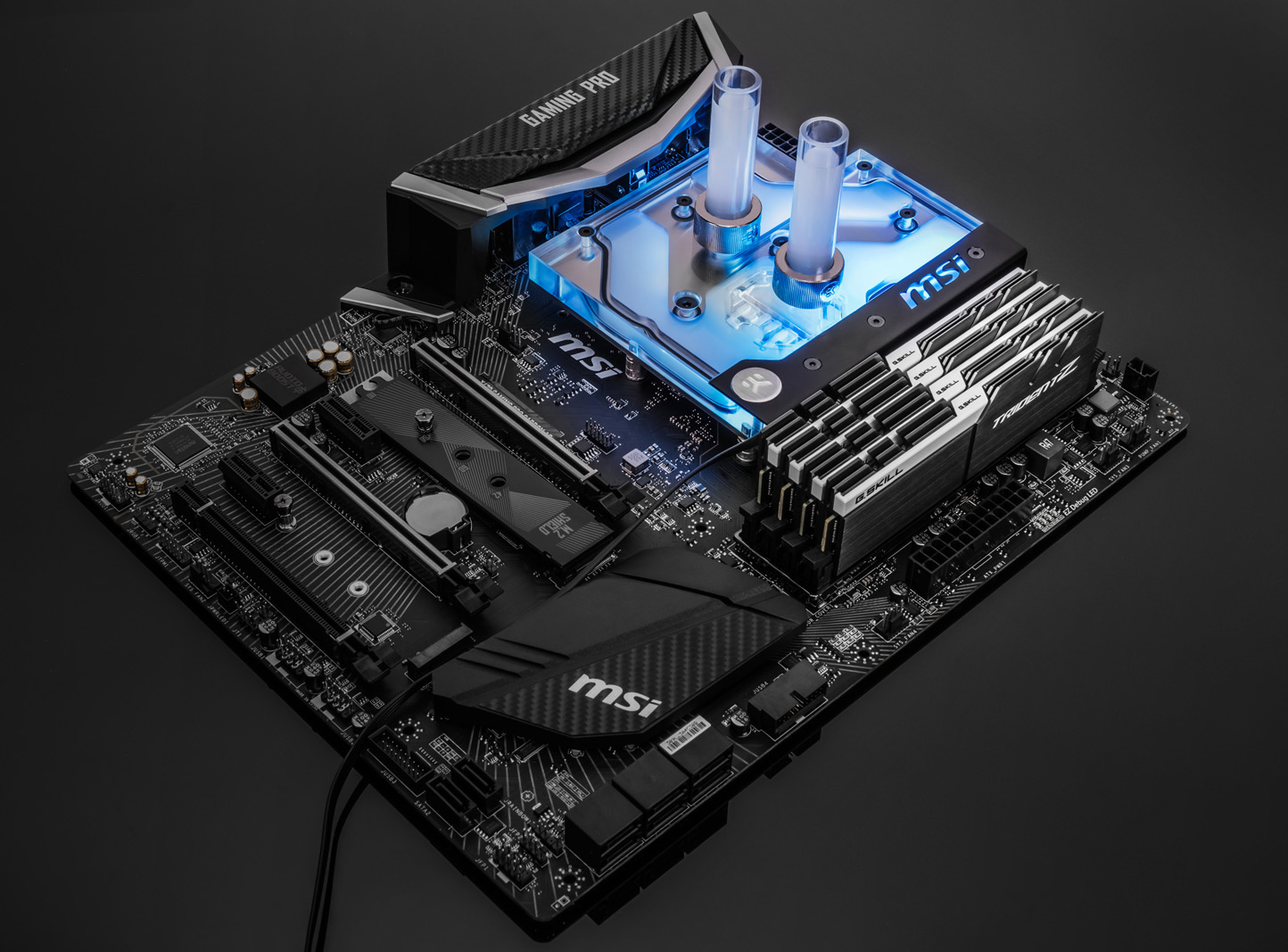