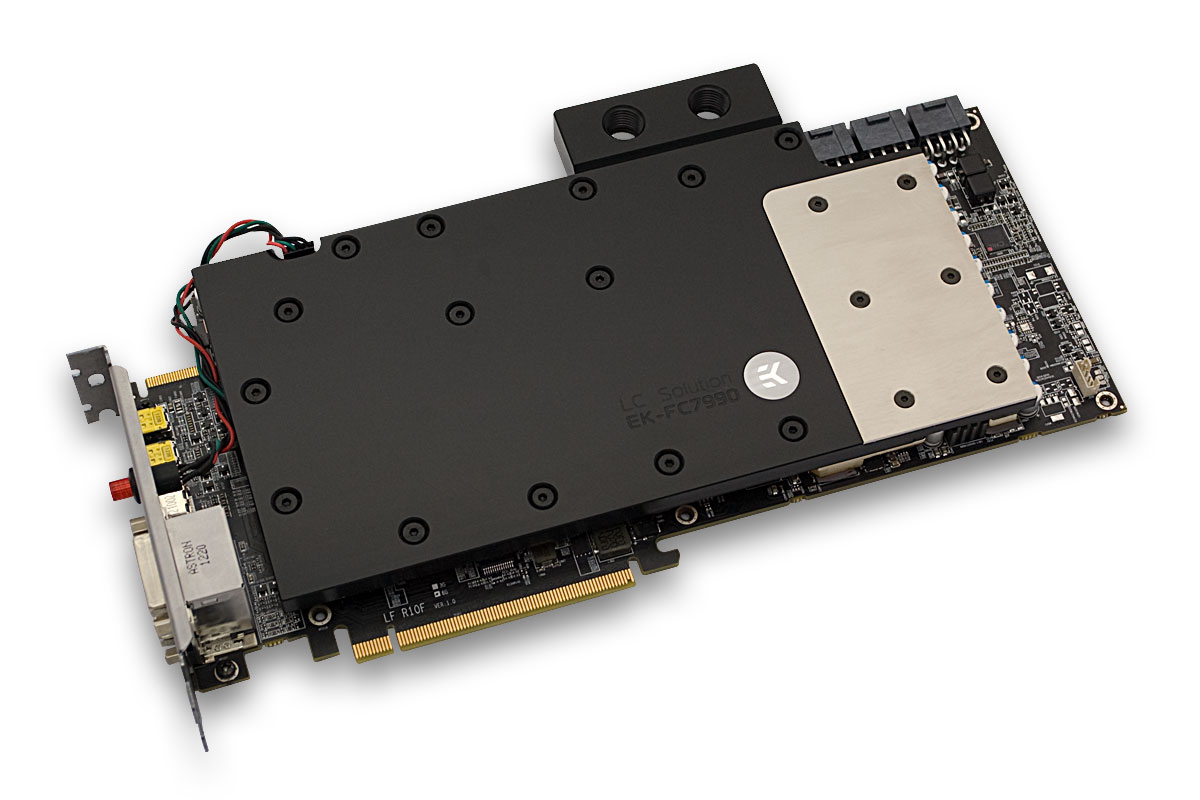 EK also encloses the EK-FC7990 Backplate made of high precision CNC milled aluminium with black anodized finish. This backplate directly cools the memory IC on the backside of the circuit board as well as serves as an aesthetic add-on. Two-slot I/O bracket which replaces the original three-slot, in order to make installation of mutliple graphics cards easier, is also enclosed.

Up to four EK-FC7990 water blocks can be interconnected using EK-FC Terminal system or other methods of interconnectivity.

EK-FC7990 is available only in Nickel Acetal version meaning base is made of nickel plated electrolytic copper while the top is made of quality POM acetal material. EK-FC7990 – Acetal+Nickel incl. Backplate comes with Manufacturer Suggested Retail Price (MSRP) of 169.95€ (incl. VAT) and is readily available for purchase through EK Webshop and Partner Reseller Network.