EK Water Blocks, the world renowned premium liquid cooling manufacturer, is proud to announce the results of our cooperation with GIGABYTE®.  The all new Aorus GA-Z270X-Gaming 9 motherboard, that is equipped with an EKWB G-Frost Hybrid Water Block. 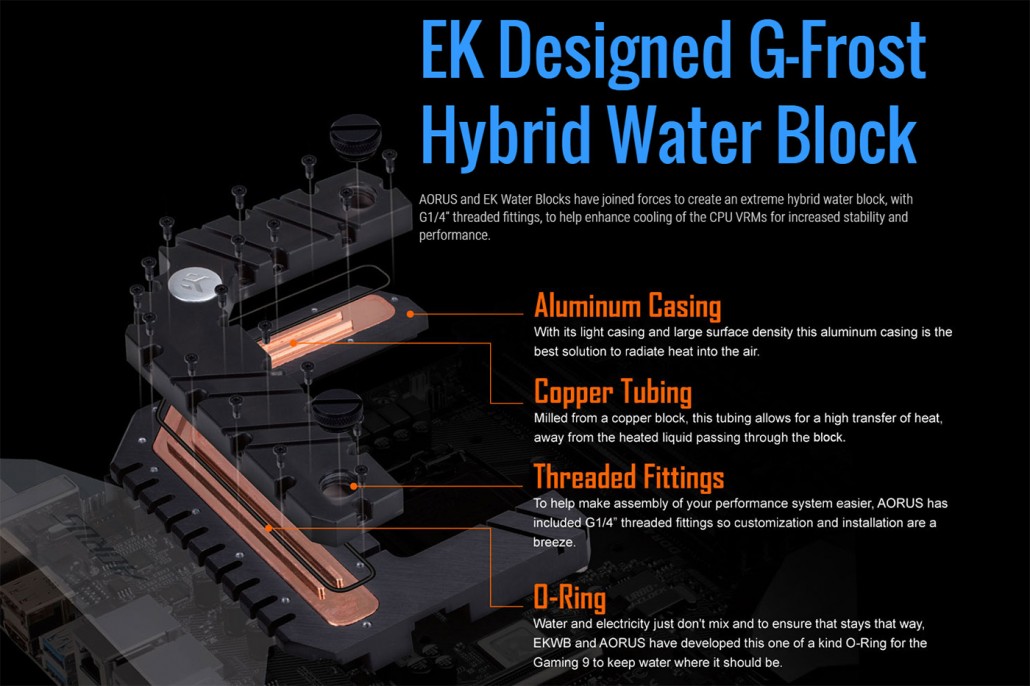 Designed and engineered in cooperation with GIGABYTE®, the new G-Frost Hybrid Water Block offers good air cooling and the option of liquid cooling. Enabling the built-in water block can provide up to 20˚C lower temperatures of the motherboard MOSFETs (for power regulation) enabling high and stable overclock frequencies. The copper core of the block has uniquely shaped channels that are optimized for high flow and unparalel cooling performance. Users can simply use two standard G1/4″ thread EK-ACF or EK-HDC fittings for including the motherboard in their custom liquid cooling loop.

The Gigabyte Aorus GA-Z270X-Gaming 9 is an ATX gaming motherboard equipped with the new Intel® Z270 Express Chipset and an Intel® LGA1151 socket that supports the latest 7th generation and 6th generation Intel® Core™ Processors as well. It can carry up to 64GB of DDR4 memory, with speeds up to 4133MHz with the support for Extreme Memory Profile (XMP) memory modules. The motherboard is equipped with the latest RGB Fusion technology and packs vivid LED lighting options. With the total of 6 light zones, 8 programmable sections, 8 different lighting effects, and 2 RGBW light strip pin headers you can take control over the aesthetics of your rig and light up those EK Plexi water blocks. The special 5-pin LED headers support RGBW Light Strips which can offer true white light, instead of mixing R/G/B to produce and inaccurate white tone. 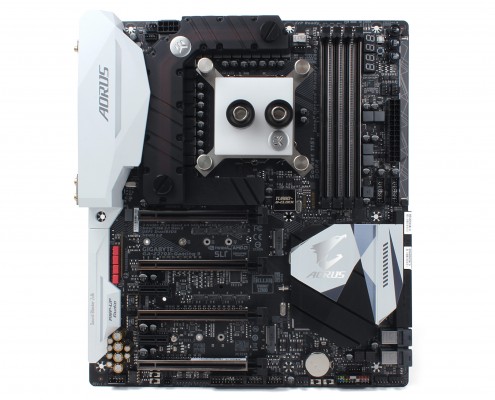 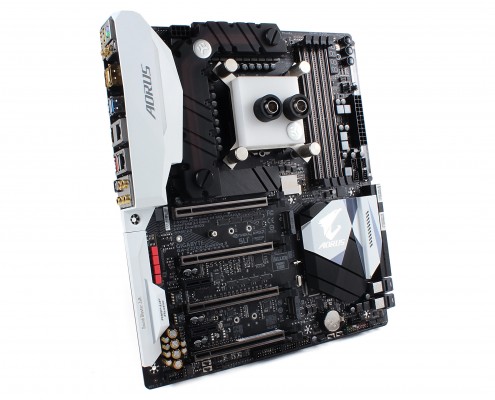 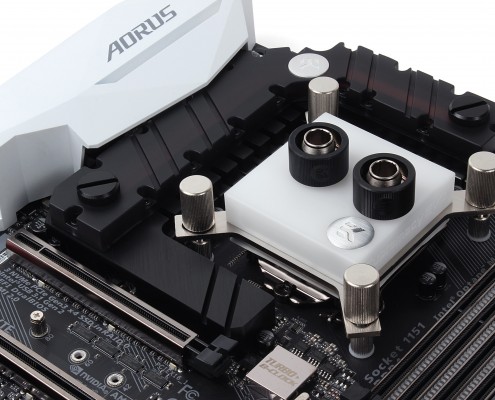