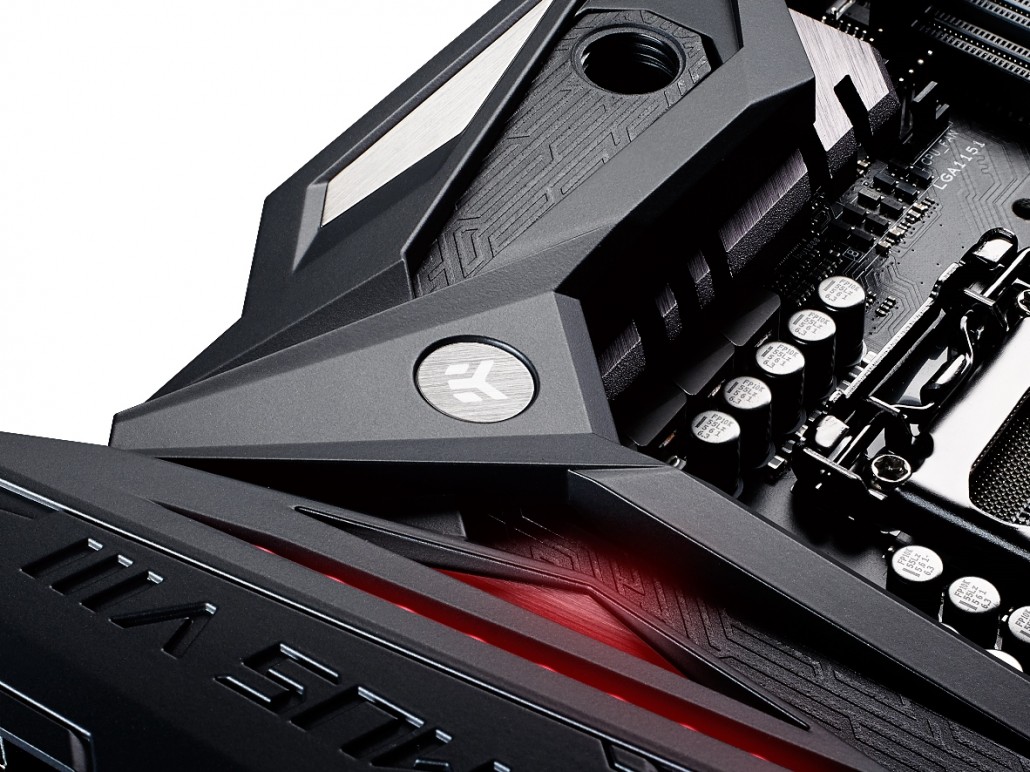 Designed and engineered in cooperation with the ASUS® ROG team, the new CrossChill EK hybrid cooling block offers air or liquid cooling for up to 23˚C temperature reduction to keep the motherboard MOSFETs (for power regulation) cool for high overclocks. Copper core of the block has uniquely shaped channels for optimized flow and cooling performance. Users can simply use two standard G1/4″ thread EK-ACF or EK-HDC fittings for including the motherboard in their custom liquid cooling loop. 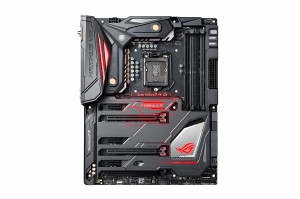 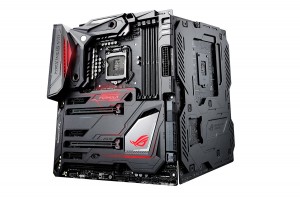 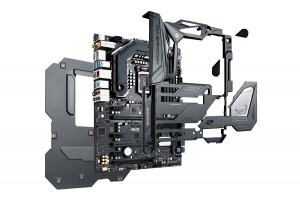 “We are very honored to be part of this ROG project from ASUS!” said Niko Tivadar, EK’s Chief of R&D and added “Republic Of Gamers products are always on the cutting edge of performance and like ROG team, EK is also committed to deliver high-performance liquid cooling gear that appeal to the most demanding gamers on the market!”

ASUS® MAXIMUS VIII Formula is an ATX gaming motherboard equipped with an Intel® LGA1151 socket for the latest 6th-generation Intel Core processor and DDR4 memory. With the click of a button, ASUS 5-Way Optimization can ensure you’re getting the maximum performance while also maximizing efficiency. The new SupremeFX 2015 used in the Maximus VIII Extreme has been carried over for incredible sound, the ESS ES9023P digital-to-analog converter (DAC) with Hyperstream technology is used, along with an ultra-low-jitter clock, Nichicon capacitors and a 2VRMS headphone amp.

With all the power and technology on the inside, the exterior got just about as much attention. There is the new Aura RGB LED illumination on the motherboard and an Aura 4-pin RGB-strip header so you can place extra RGB lighting inside or outside the case! An Aura lighting control software can be used to customize the lighting effects.