In the beginning of 2020, the EK AIO line was designed to be the optimal entry point for users who wanted to dip their toes into the world of liquid cooling. It offered a universally compatible CPU water block, packaged in a sleek and compact unit that guaranteed zero maintenance. But EK constantly pushes the boundaries of what you expect and what we can deliver. So, we built on the foundation and expanded it to bring you the new EK Nucleus line. 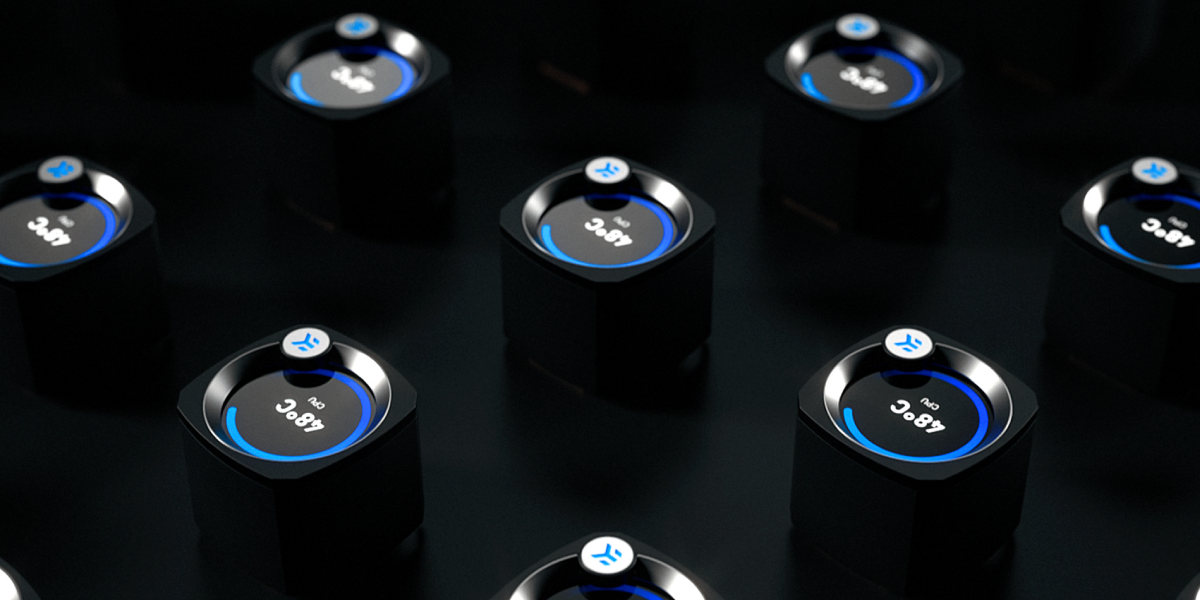 The Nucleus offers an abundance of new features, including a rotatable pump top, new fitting positions, and an LCD display. It is also ready for the next-gen Intel socket.

The circular design is not just another »pretty face«, as the top allows the user to re-orient the D-RGB badge logo regardless of the direction in which the cooler is installed. The orientation can be changed in 90-degree increments, so the user can remove the top and turn it to position the logo in the right way. Thus, no matter the angle used to install the AIO cooler, it will always offer clean and aligned aesthetics. 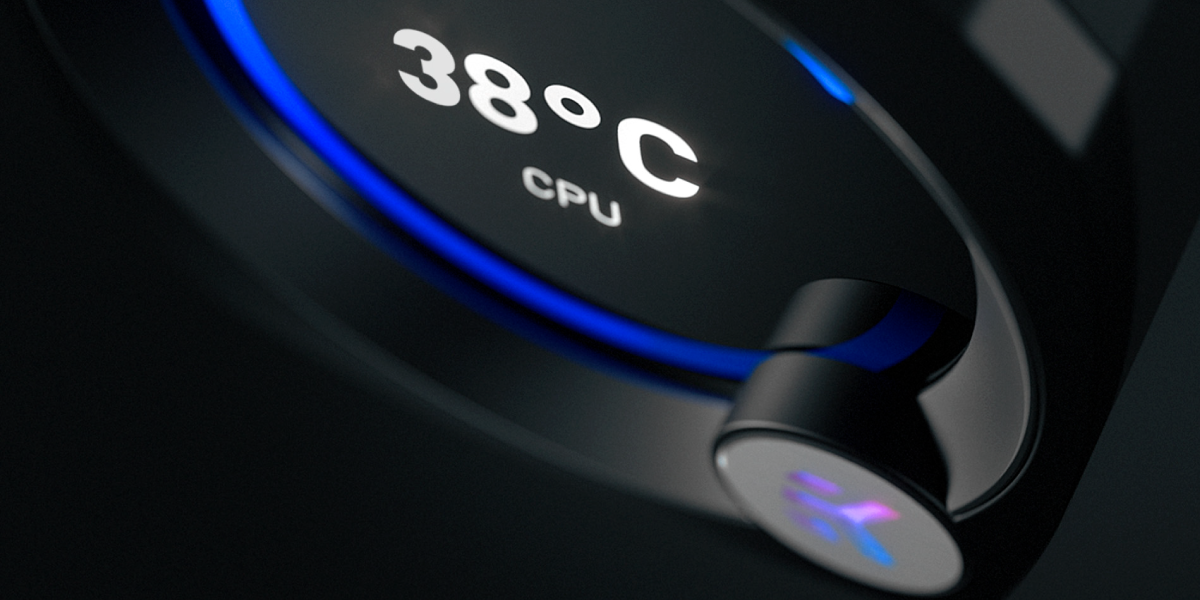 The Fittings and Tubing

The EK-Nucleus AIO comes pre-installed with reinforced and sleeved rubber tubing, now featuring finer threads, each fitted with an aluminum cover to ensure they’re ultra-durable. Improved fitting positions allow for easy installation and adjustment of the rubber tubing, making the new EK-Nucleus AIO suitable for even the tightest spaces.

We added a radiator cover to enhance our CPU cooler’s aesthetics and clearly showcase its clean lines. We also updated the rubber tubing, which now features fine nylon mesh sleeves. 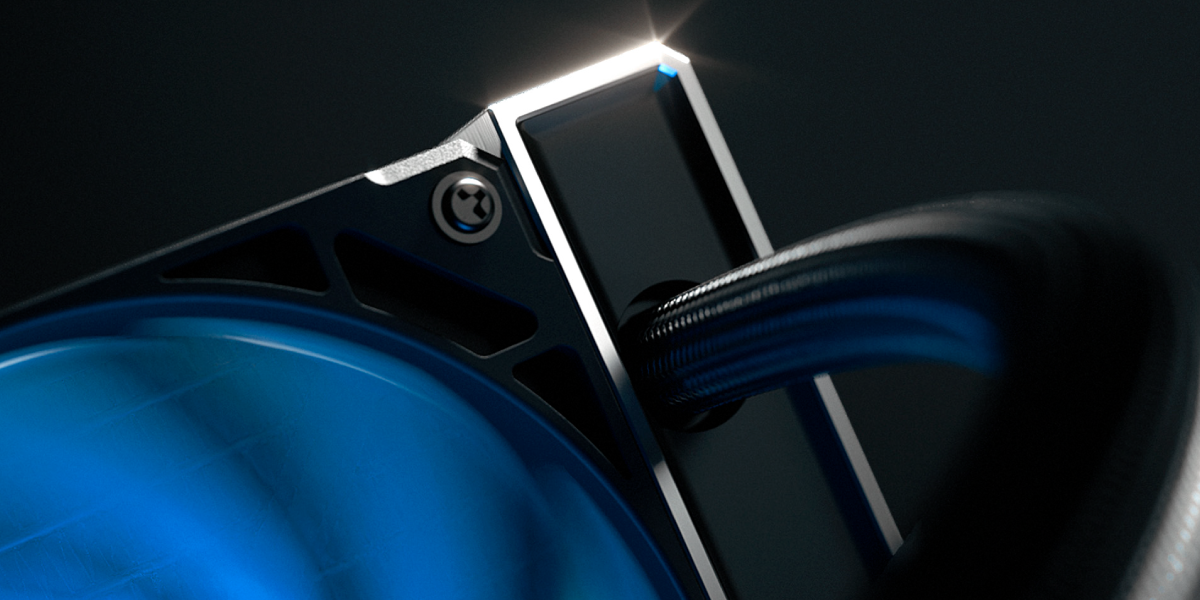 The Vision series elaborates on the foundation of the line and enhances it. Therefore, it offers all the Nucleus line core features and adds the LCD readout and some extra gadgets. 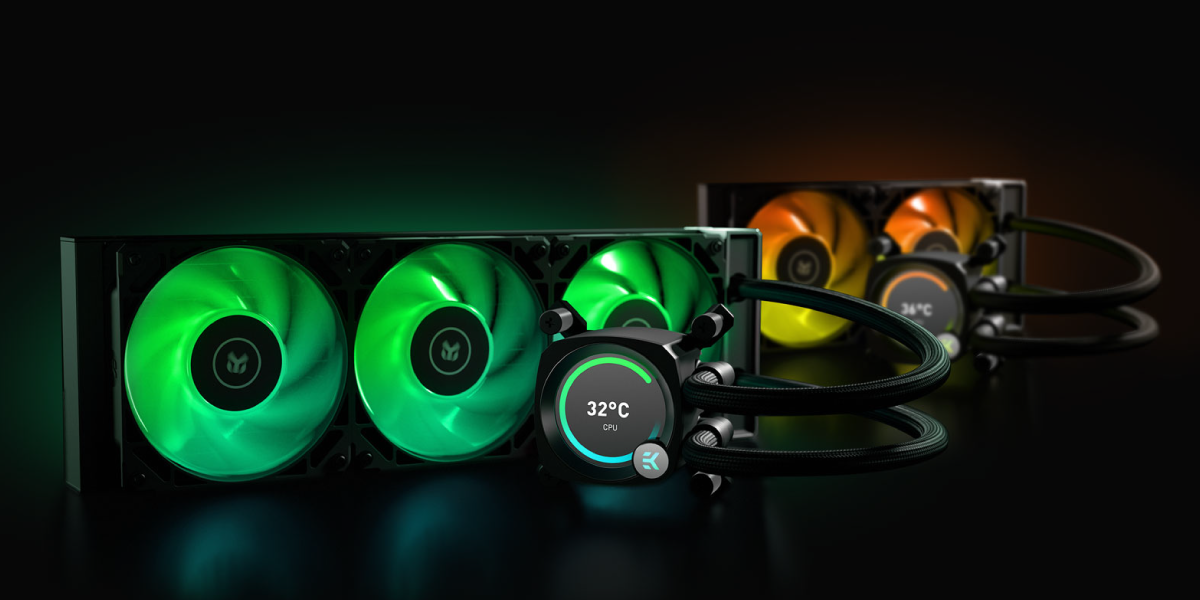 The EK-Nucleus AIO Vision series allows the user to customize the look of their CPU cooler thanks to the bright LCD screen capable of displaying 24-bit color. It can show performance markers and system temperature data, so it can offer a clear digital readout that quickly informs the user of their PC’s status. In addition to internal specs, the high-quality display can also show custom images to put a unique flare to every CPU cooler. Anything from personal branding to user-favorite gifs, the Vision AIOs can be configured to show relevant information to every user. Our goal is not only to display the build’s performance information but also let the user add a personal touch.

The EK-Nucleus AIO Vision is available for pre-order in two sizes, in the 240 and 360 versions.

The Lux series features AIOs made especially for customers searching to light up their PC with the help of RGB lighting, which is featured in the fans and the pump unit. The fan-like D-RGB lighting effect around the pump top is a great addition for all who search for that perfect RGB AIO aesthetics. The Lux AIOs also feature a black radiator cover to make the whole side flush with the fans. The EK-Nucleus AIO Lux products are available for pre-order in three sizes, the 120, 240 and 360 versions. 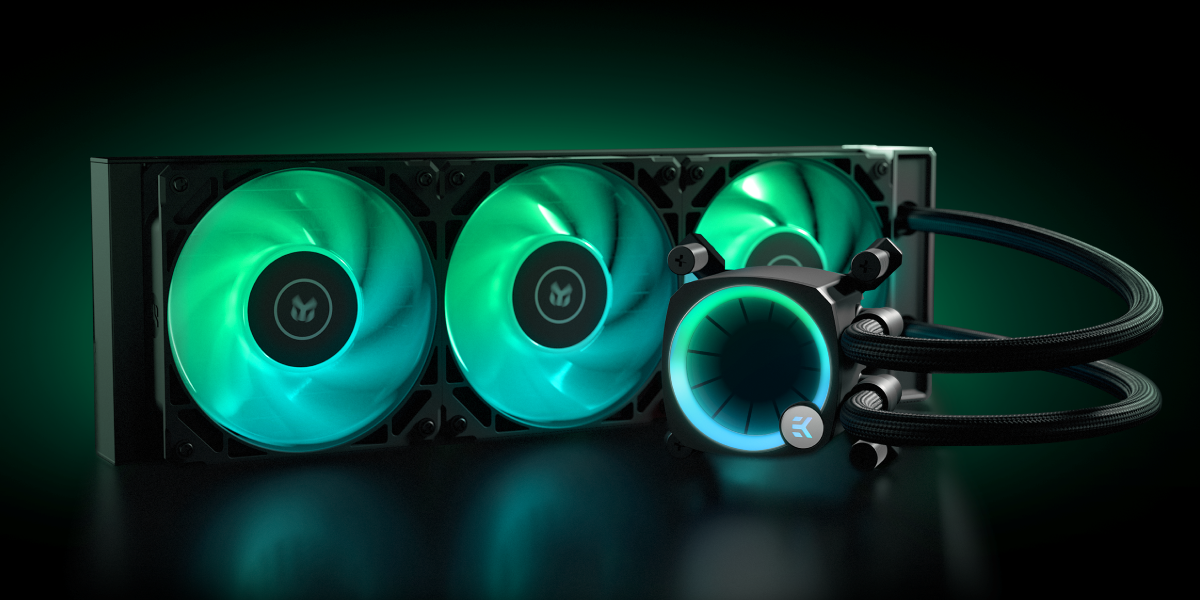 There are two additional series in the making, which will be available later. The Dark series, catering to customers who search for a good performance/price ratio without any flashy aesthetics, and the Elite series with extra gadgets and a sleek brushed aluminum design.

The EK Nucleus line is designed in Slovenia, Europe, and is available for pre-order through the EK Webshop. The EK-Nucleus AIO Lux series is expected to start shipping by the end of September and the EK-Nucleus AIO Visions series in October 2021. In the table below, you can see the manufacturer suggested retail price (MSRP) with VAT included.