Build that was createted by our in-hous tech specialist is here for you to replicate it. Power and clean look wraped in the Define R6 case by Fractal Design. Rig of the month on guru3d.com for January 2021 now has some tweeks for ease of assembly, so please do check this masterpiece. 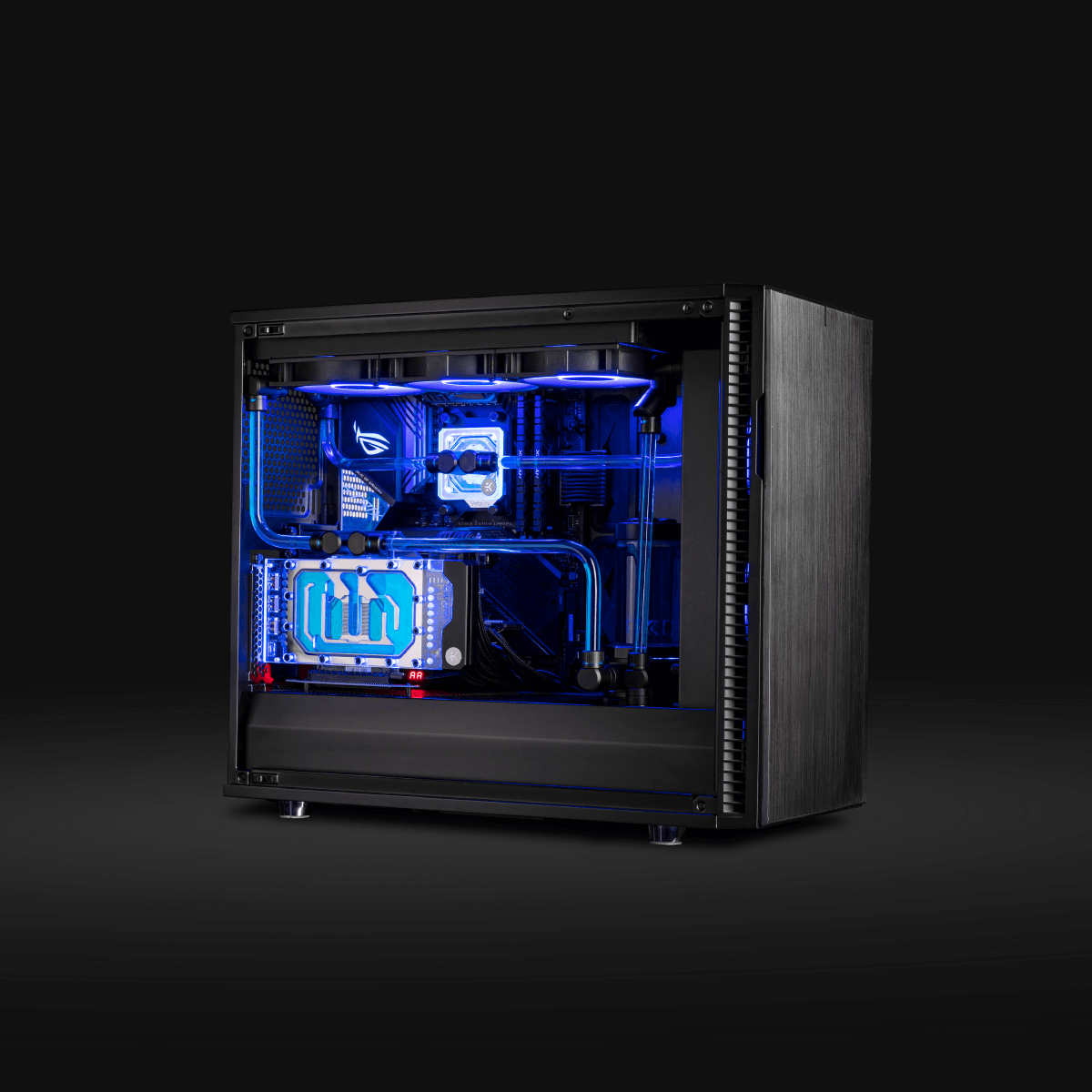 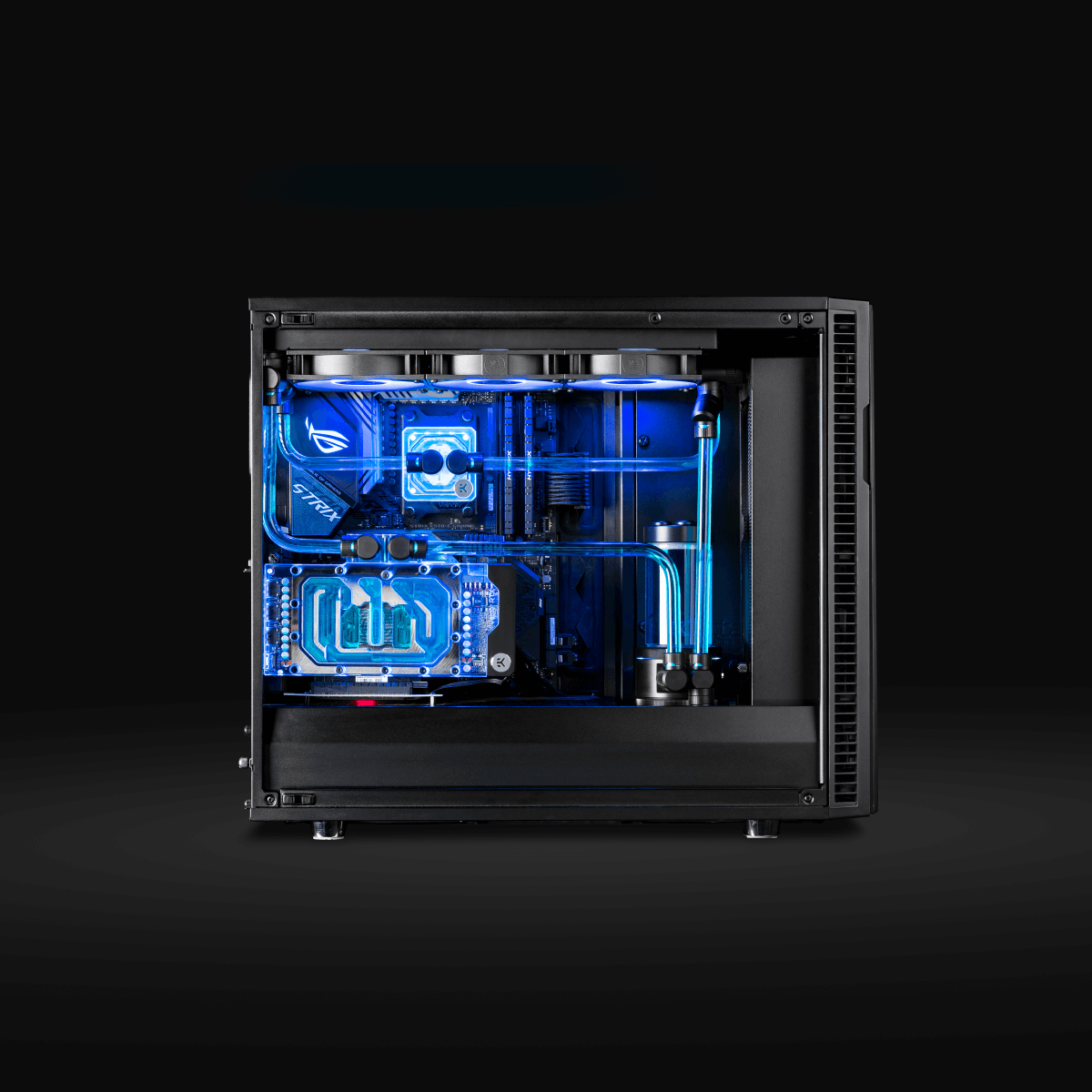 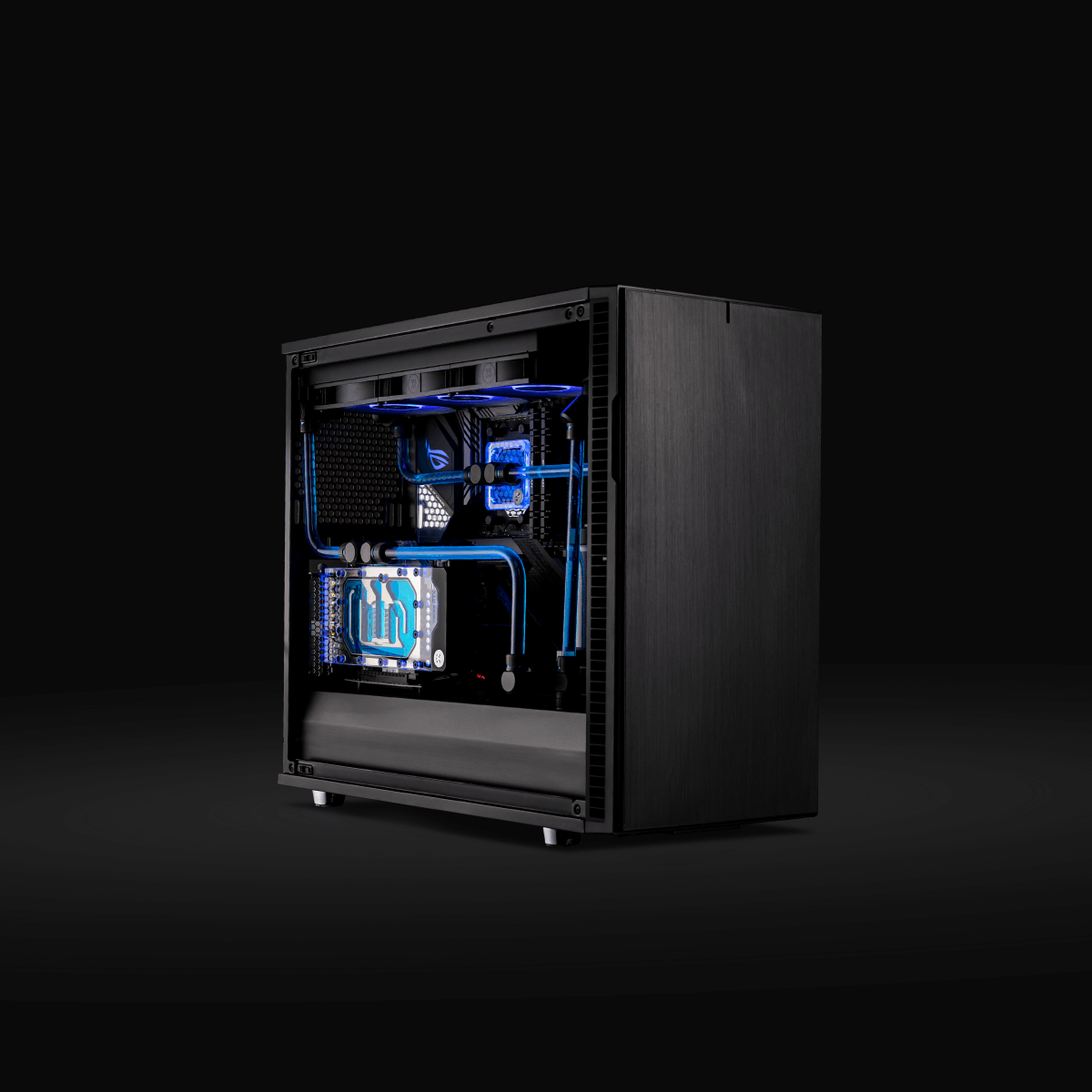 EK Products From This Build 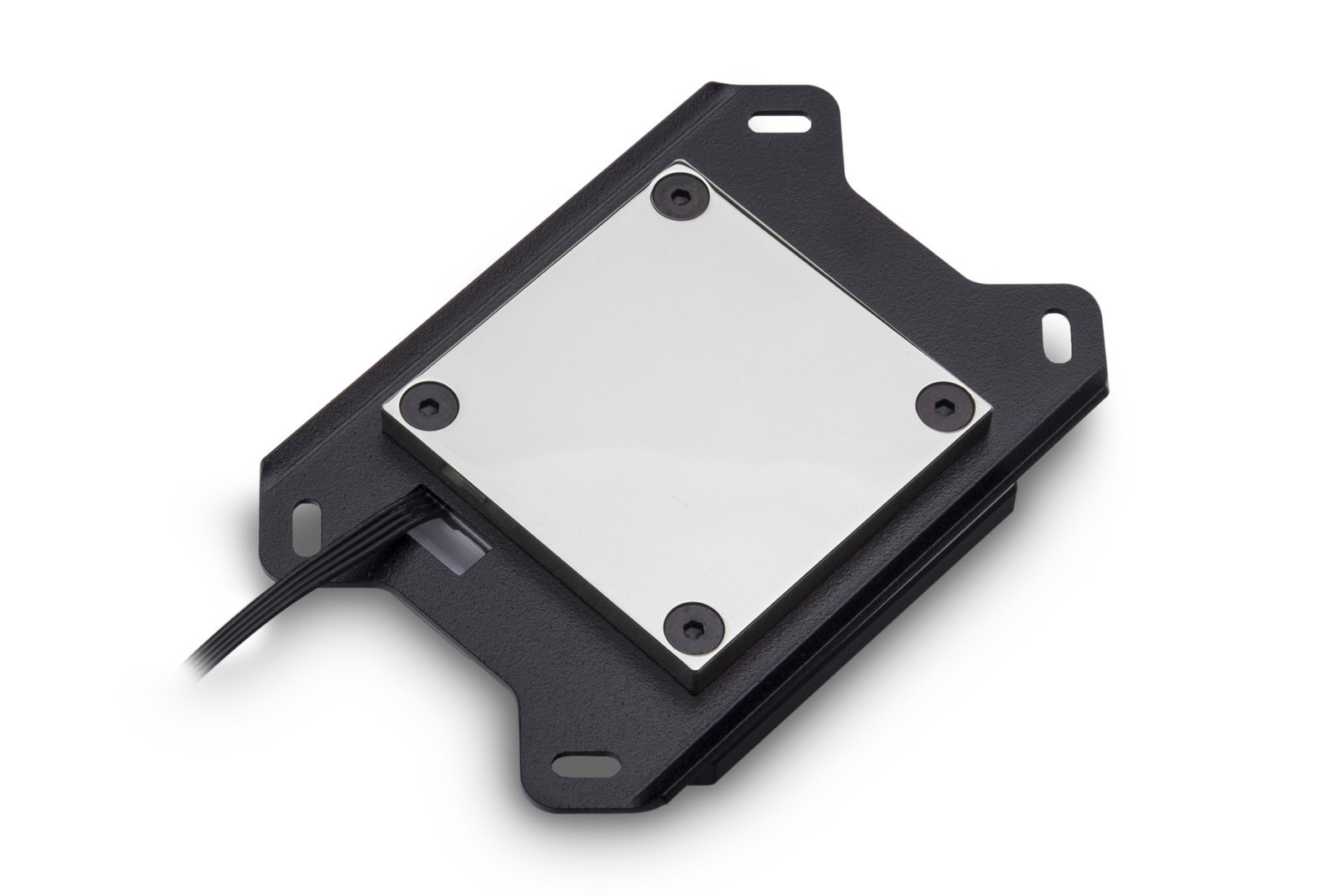 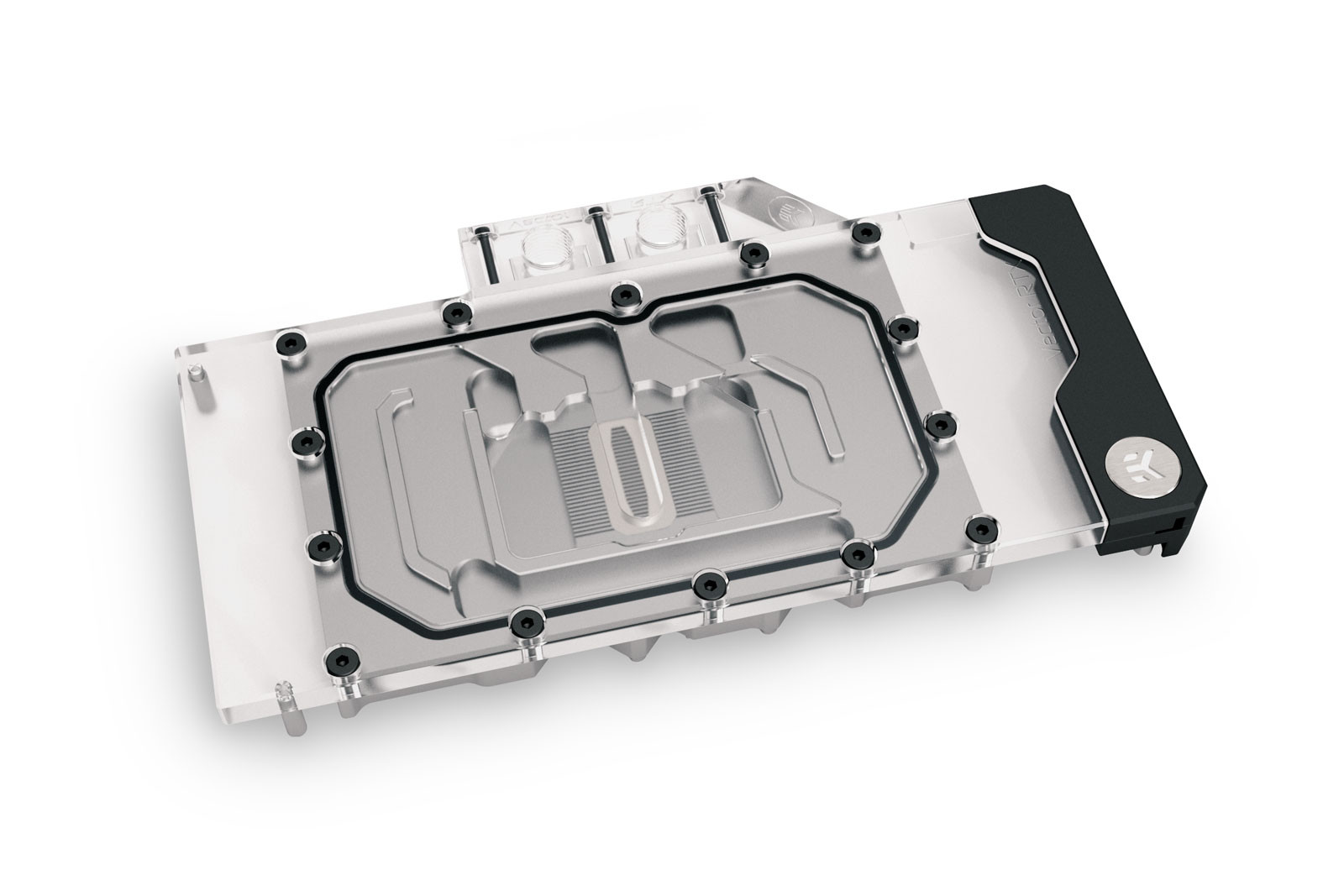 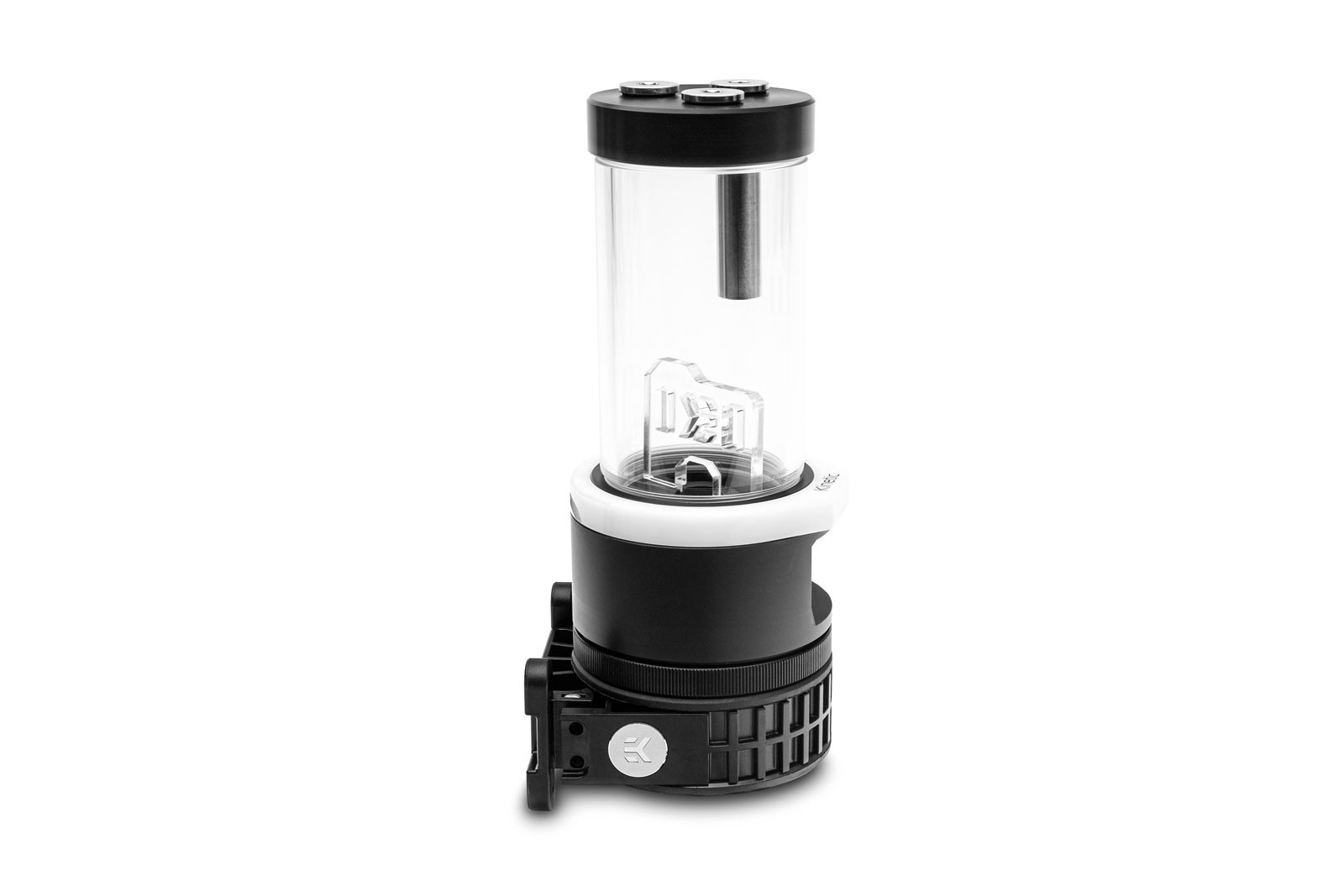 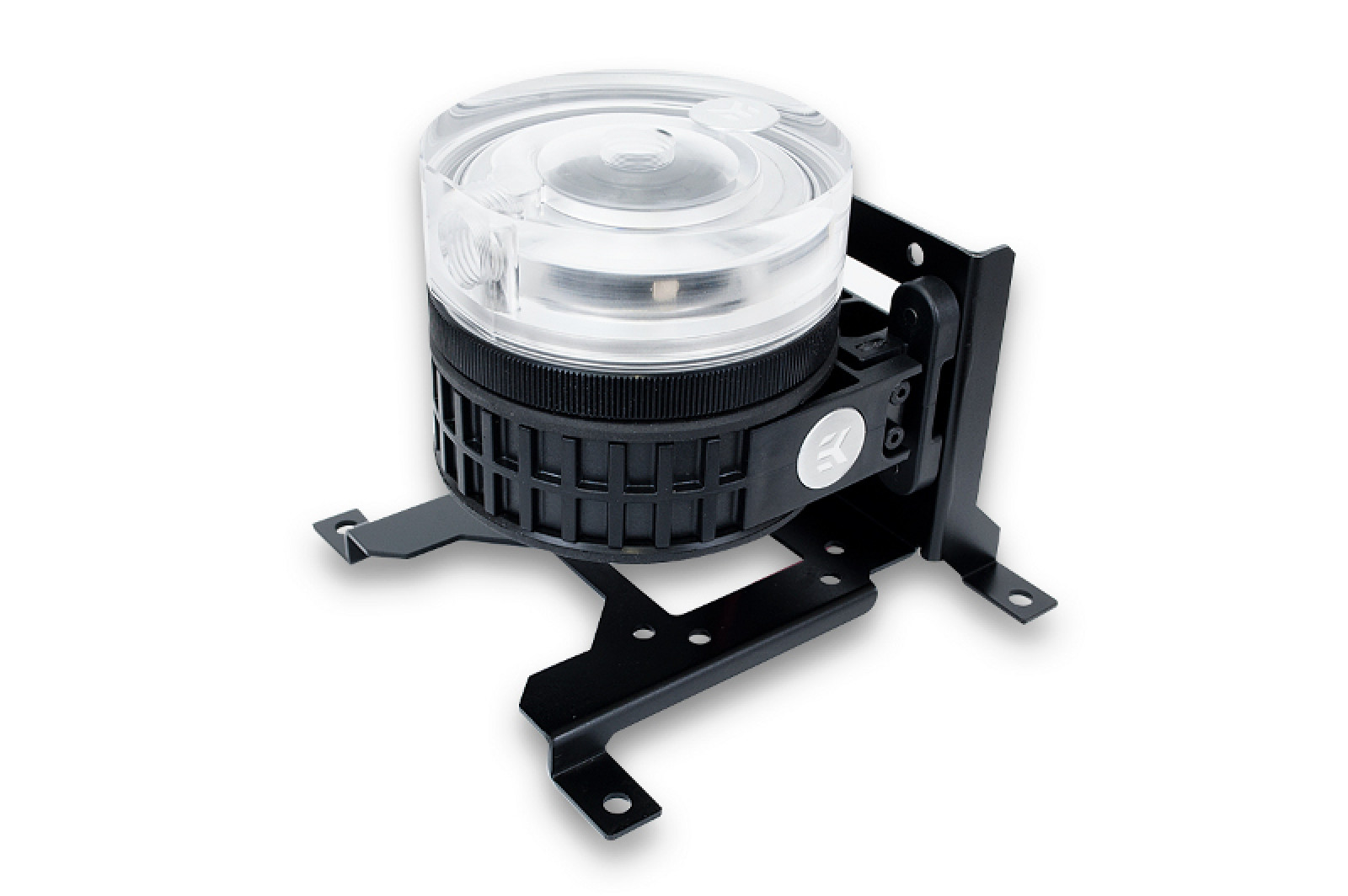 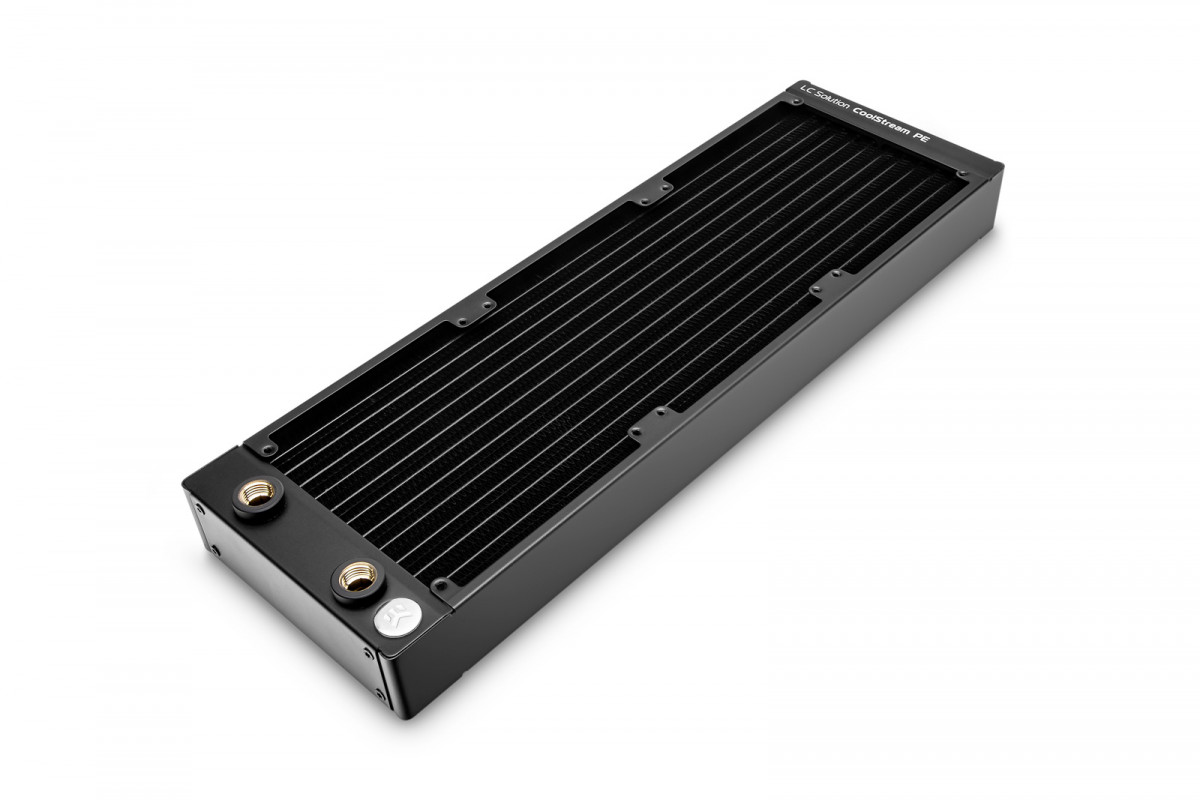 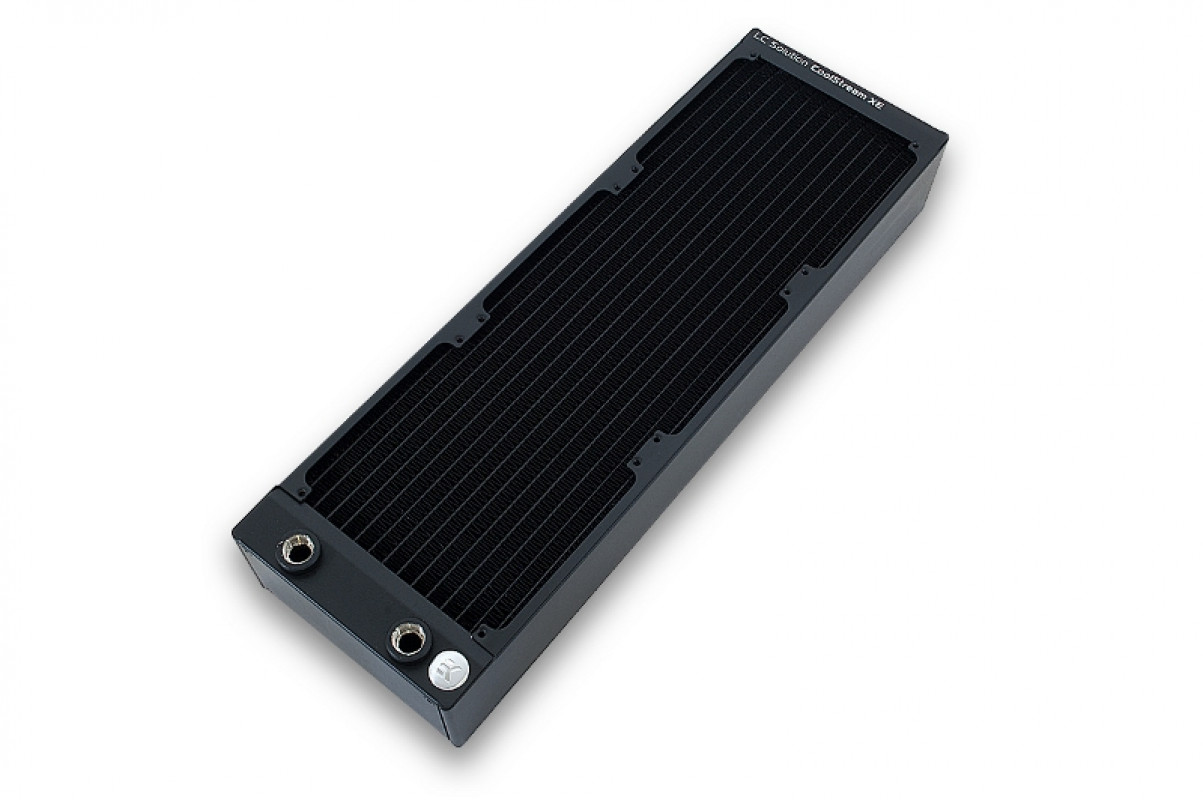 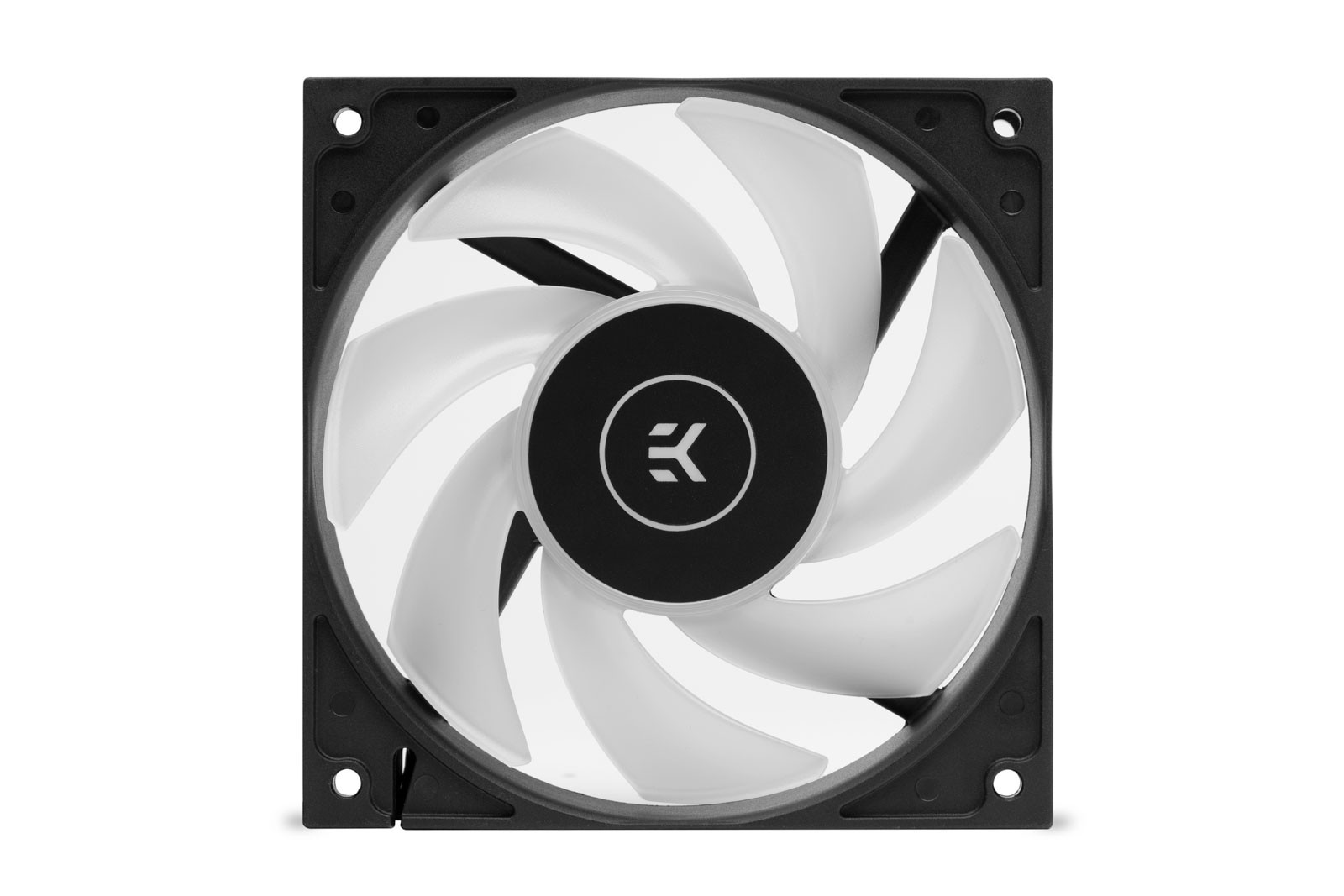 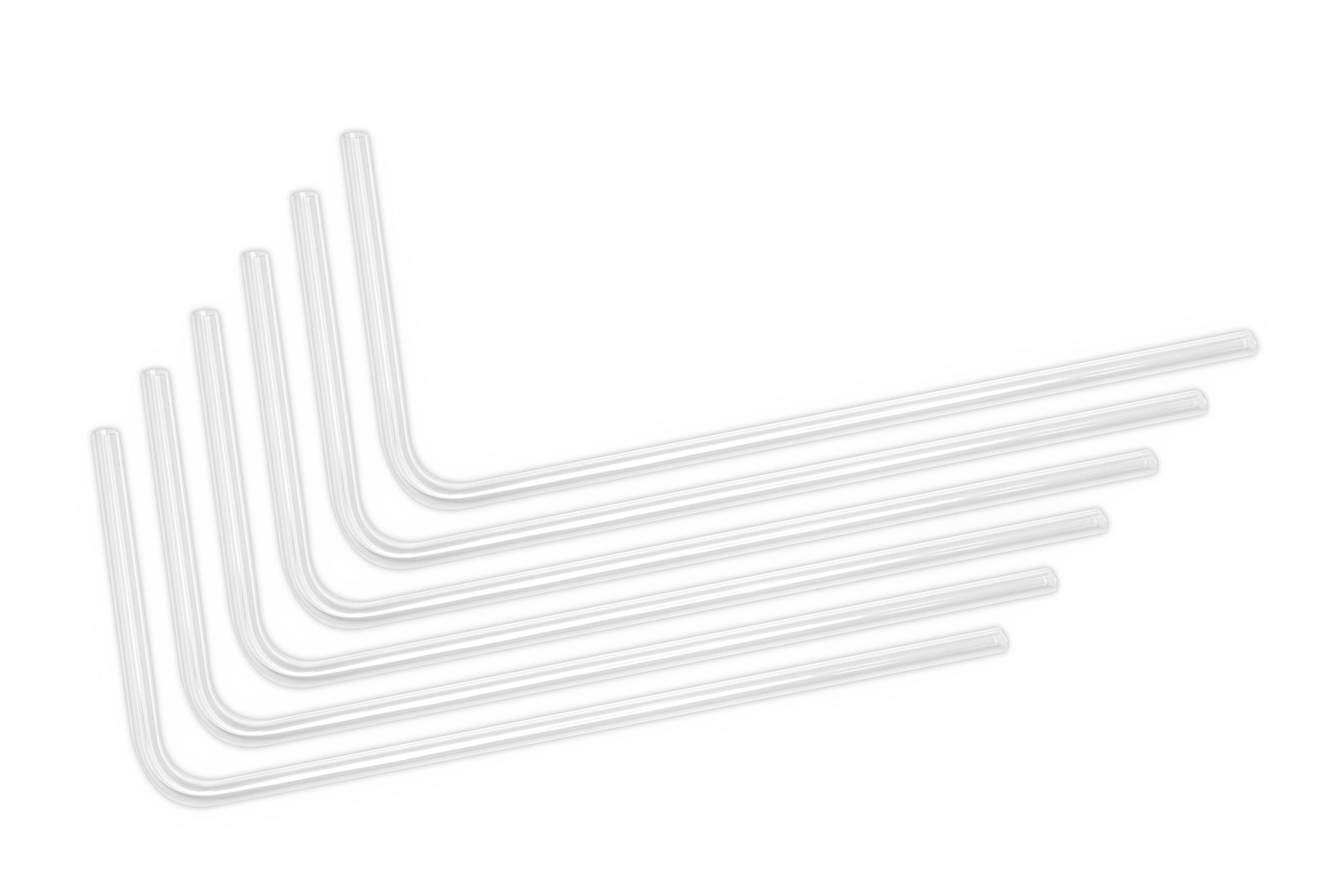 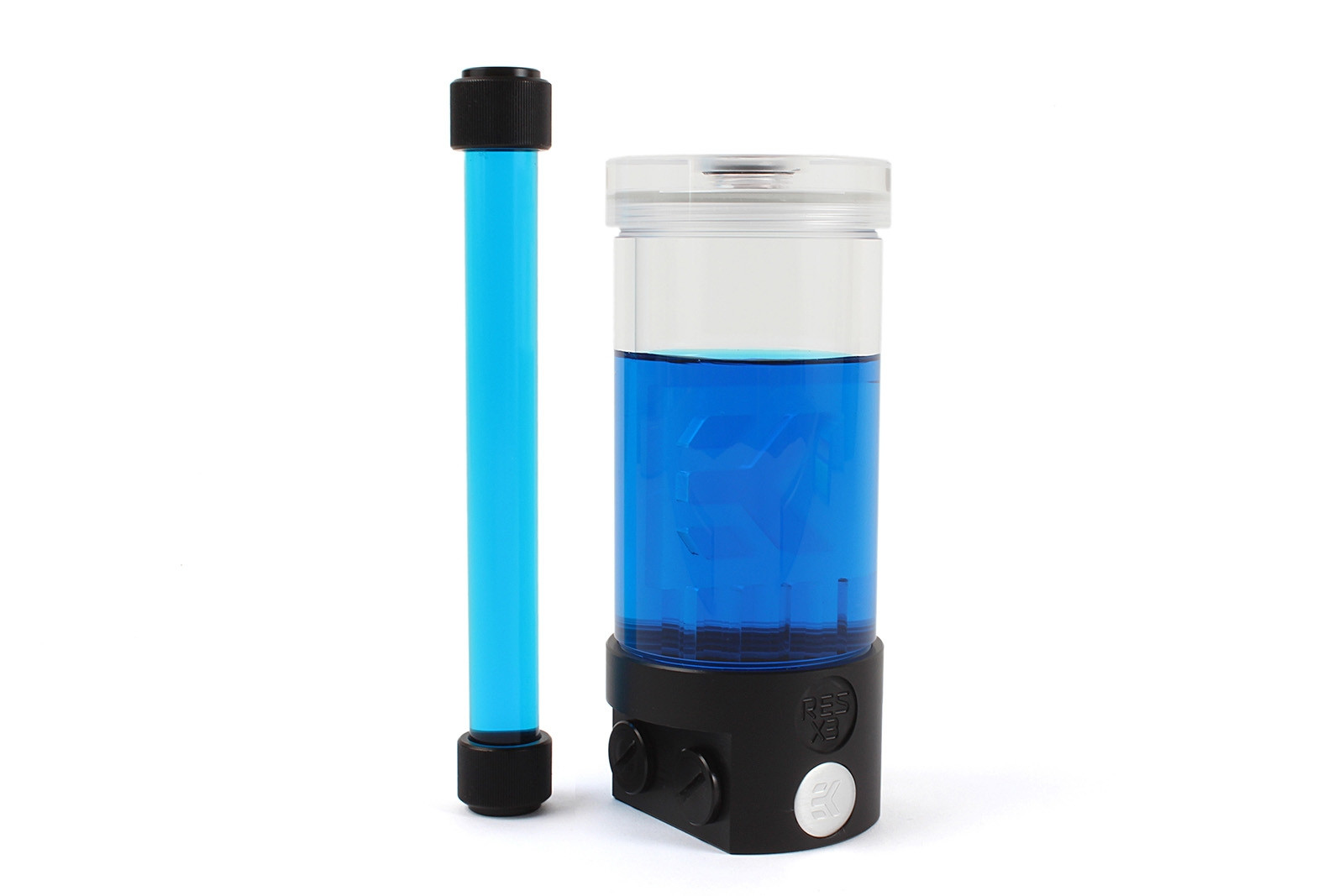 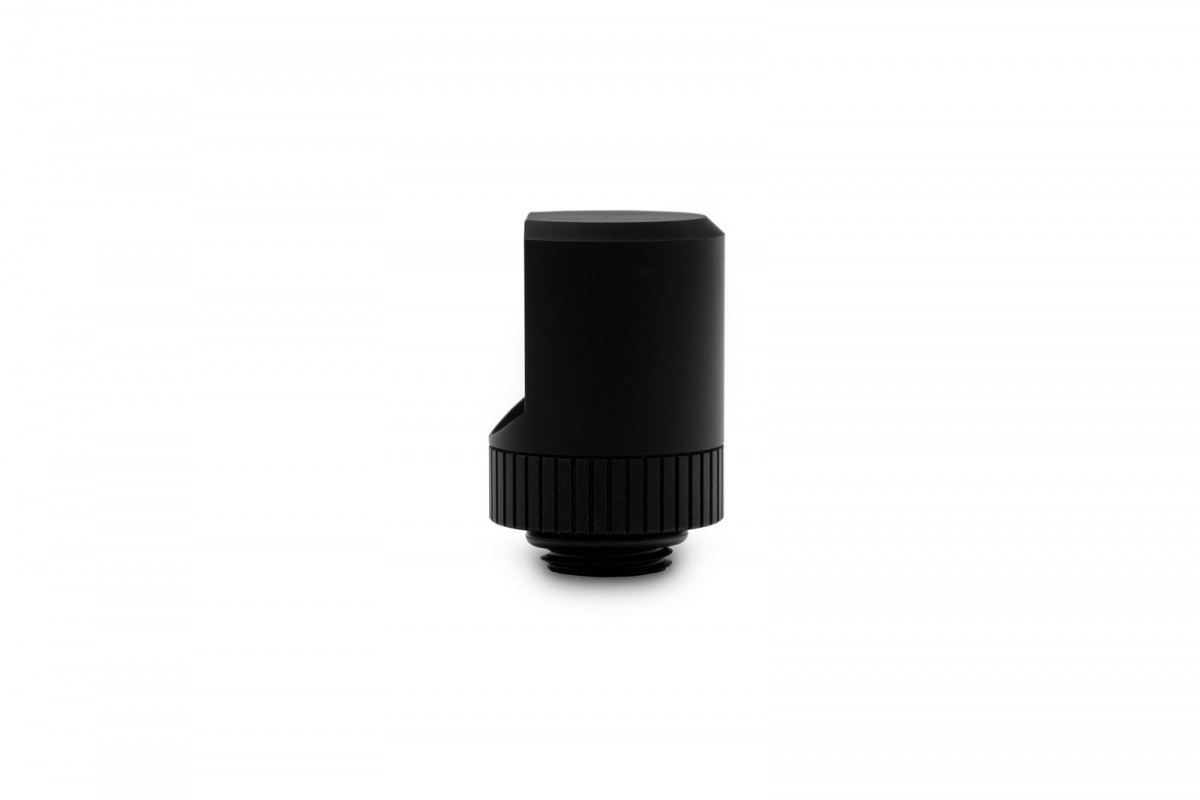 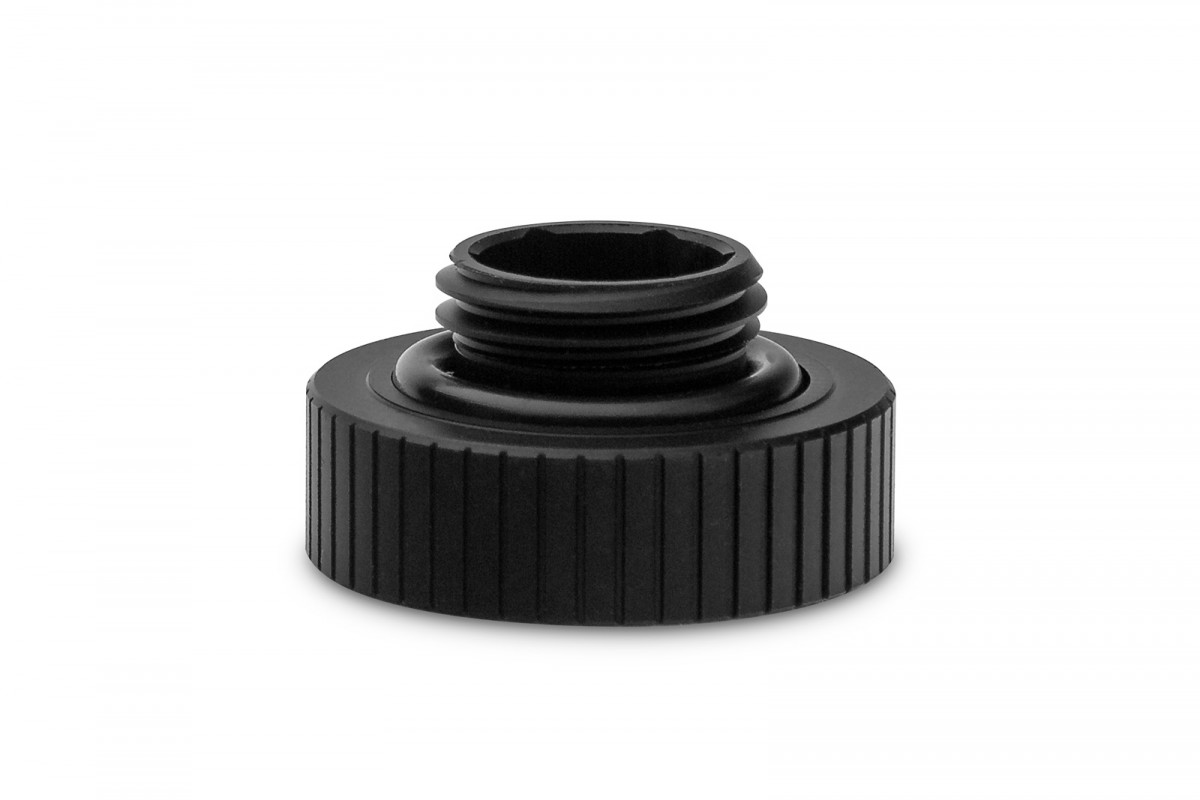 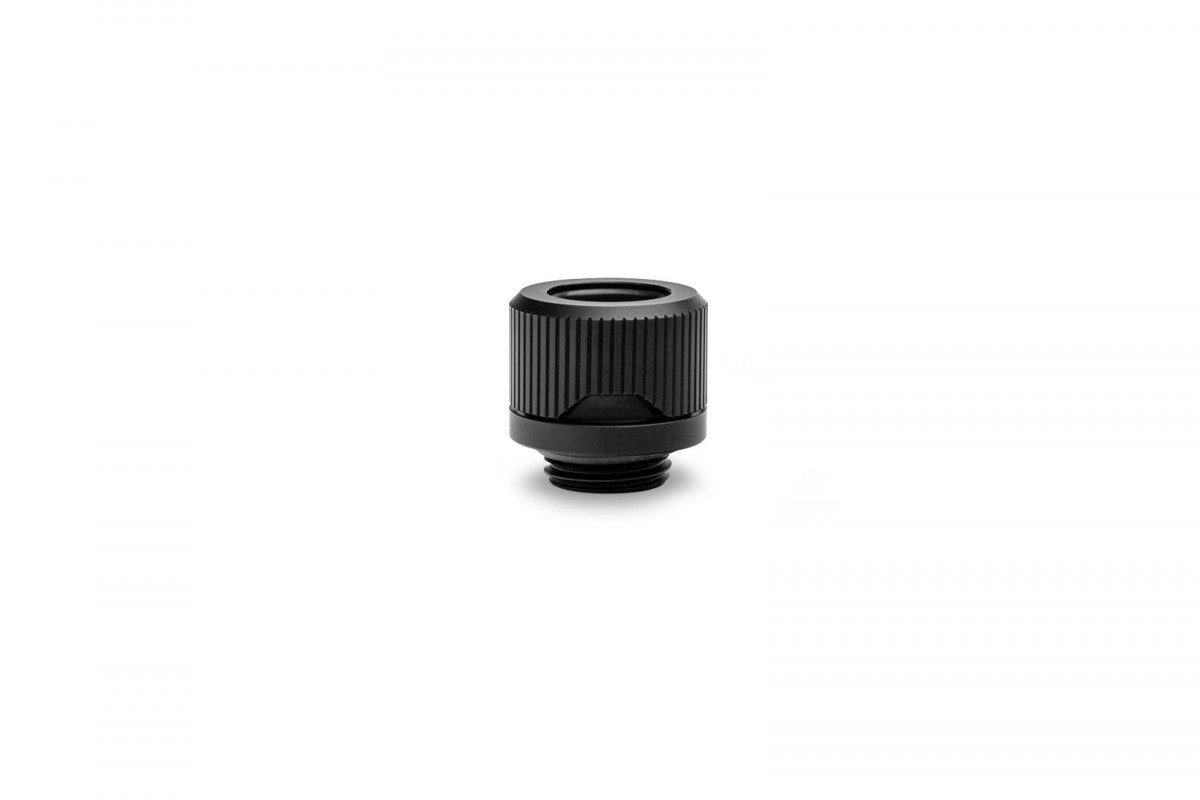 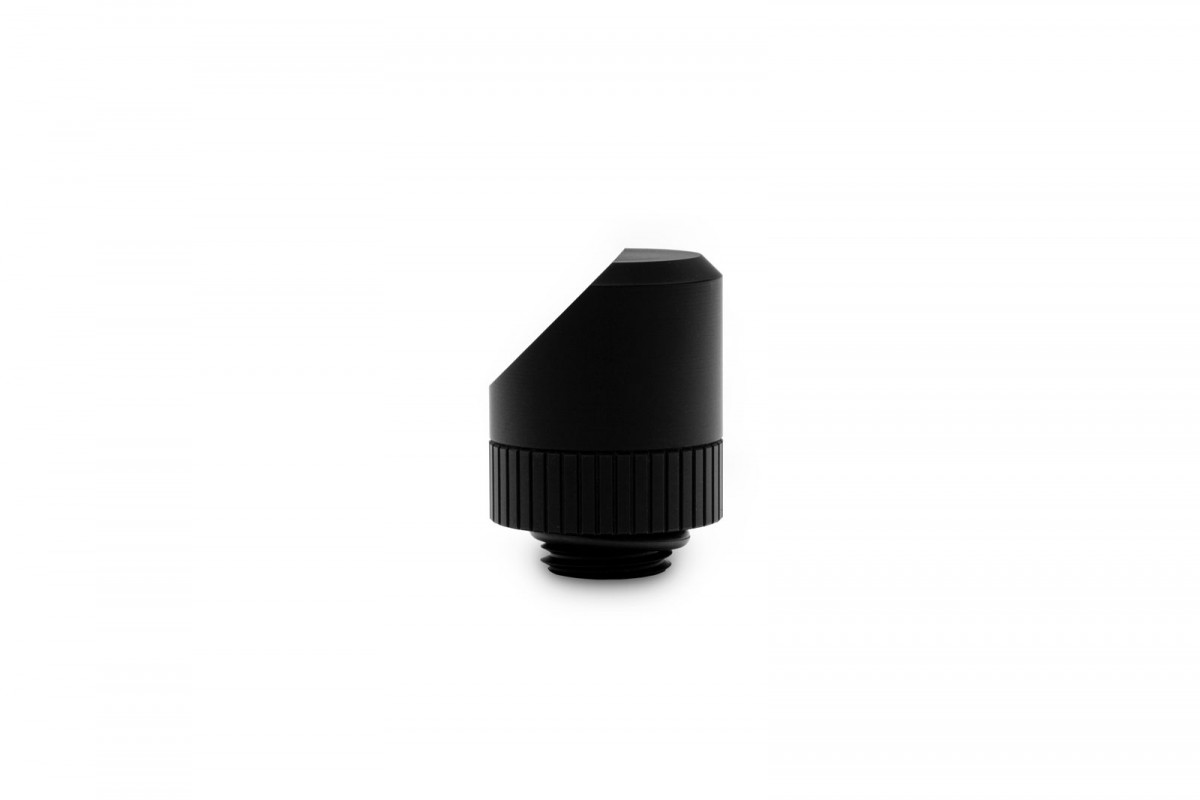 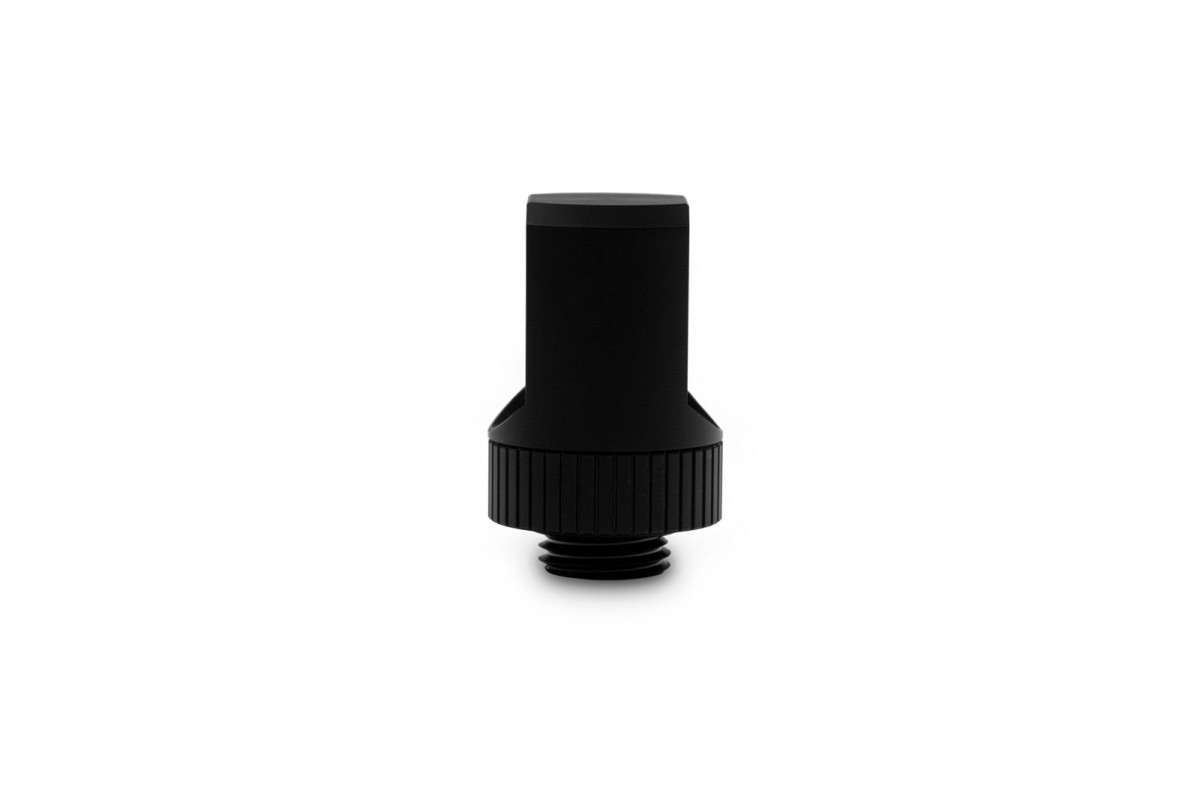 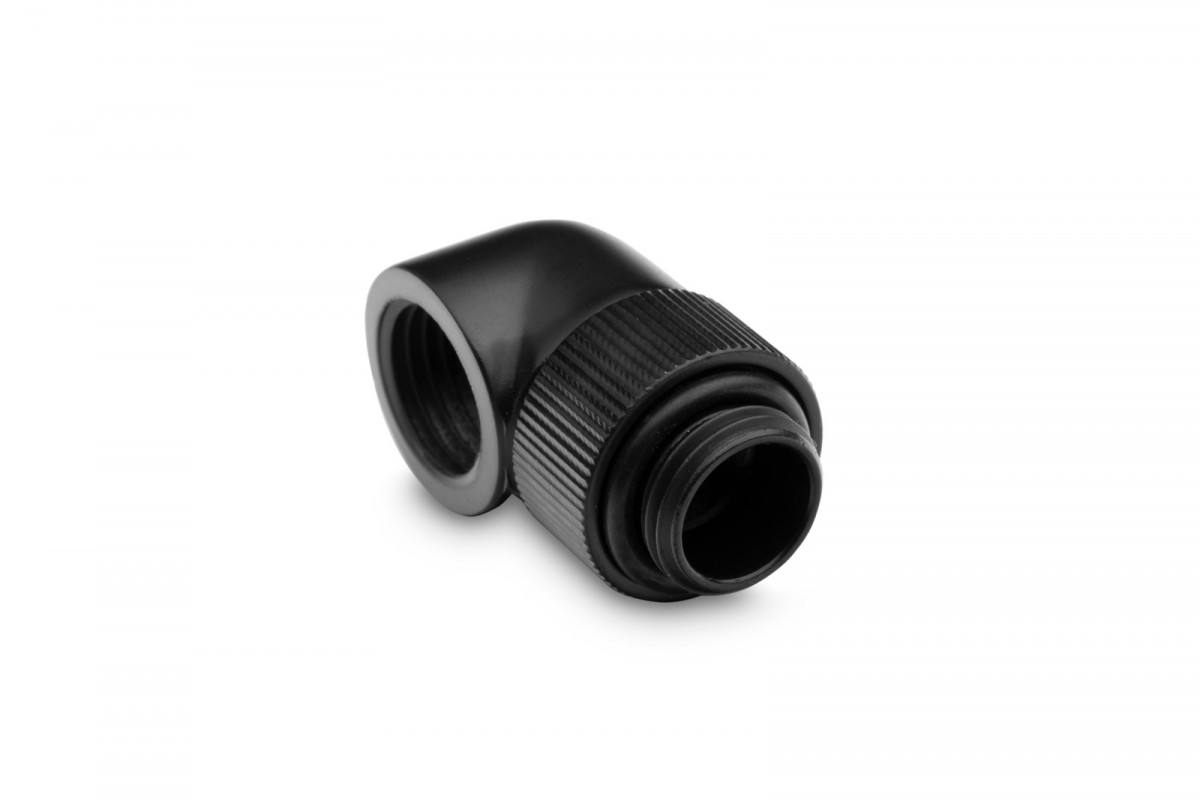 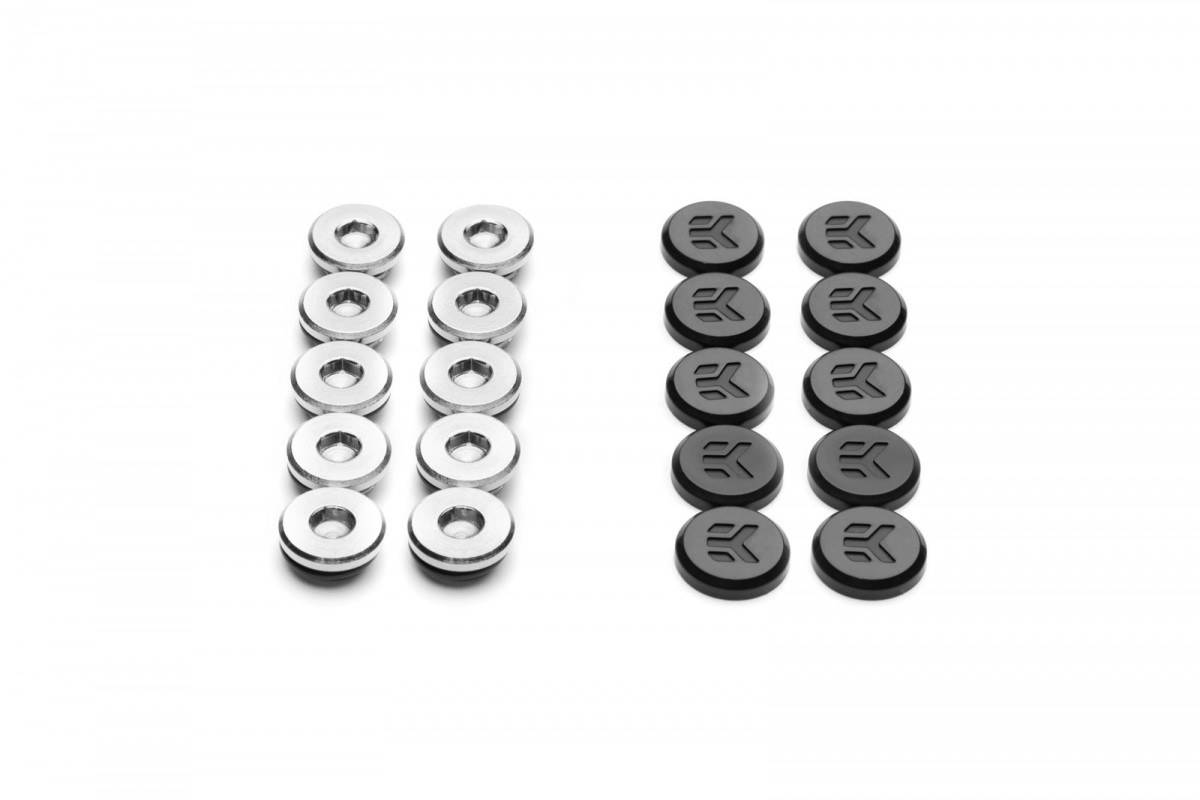 With that, no actual tube bending is required as this build was done with EK-Loop Hard Tube 12mm 0.8m Pre-Bent 90° – Acrylic tubing. So there are no excuseses not to go with this hard tubing build.

For silent but effective airflow six black EK-Vardar EVO 120ER D-RGB fans are used to dissipate the heat and keep your PC cool.

Velocity block in the build used can be choosen for the Intel and AMD systems. Nvidia RTX 3080 ti reference GPU is mounted to OEM vertical GPU holder and cooled by EK-Quantum Vector RE RTX 3080/3090 D-RGB – Nickel + Plexi. Due to the GPU position most GPU models and EK GPU blocks will fit with no aditinal parts needed.

To put some color into the build not much was needed. EK-CryoFuel Navy Blue with a combination of Blue EK-Quantum Torque HDC 12 Blue Color Rings is all that is needed. D-RGB lighning magic will take care of the rest.

You can personalize your build with other coolant and ring colors or even go with different finish on the fittings. Owner of this build has done a step ahead and changed the white translusive stickout ring on the pump combo with a black acetal version and also thumbnuts on the CPU block with black version. That will almost eliminate the D-RGB on the pump combo and leave just a tiny hint of blue there where the gap is in between the stickout and the pump bottom.

Check Out Other Builds 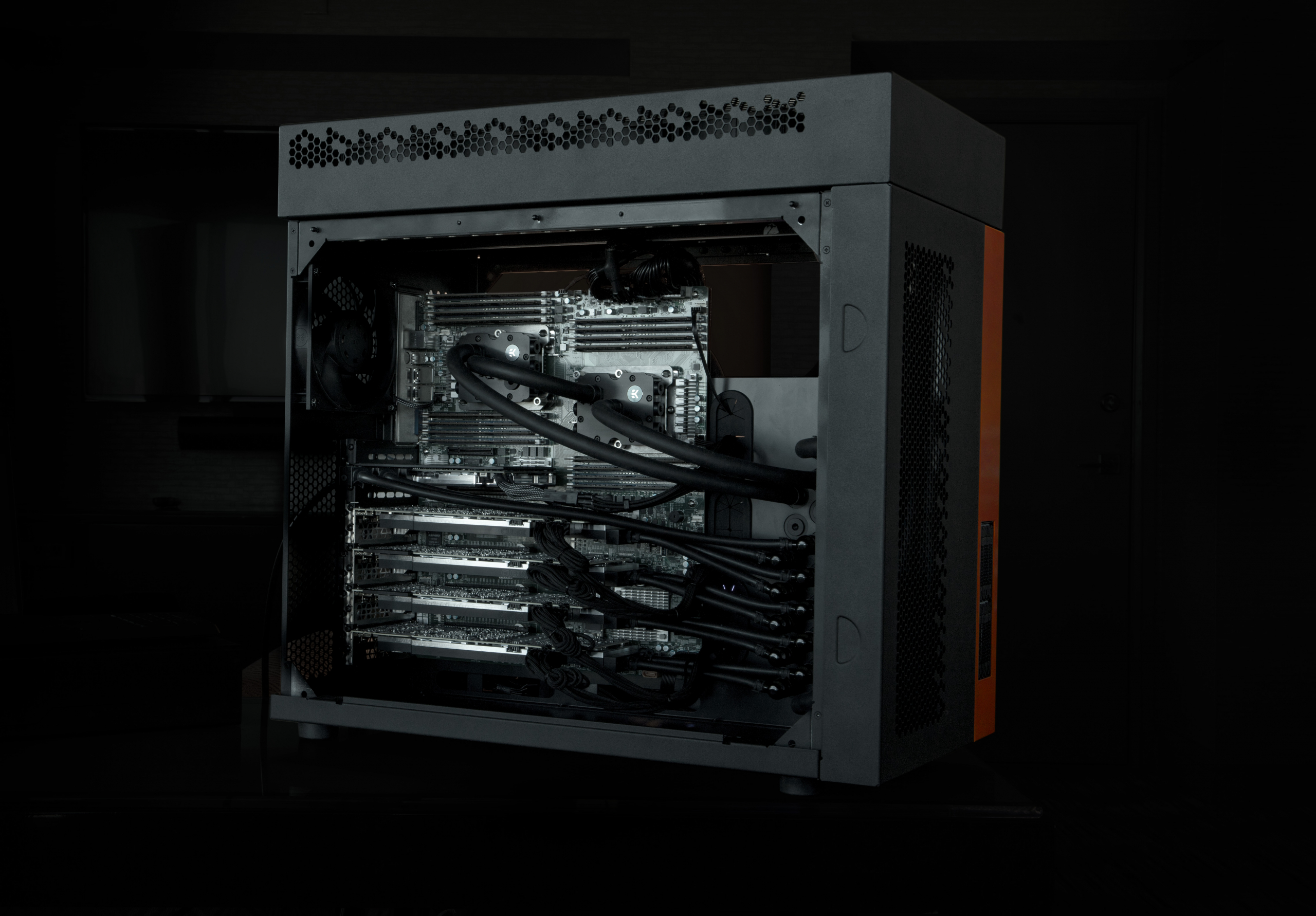 Custom loop building is an art. And the greatest artists share our passion for pushing the boundaries of possible. We are always excited to see photos of liquid cooling builds that show your skills, creativity, and artistic vision.