The In Win H-Frame 2.0 is a beast and masterpiece by itself, but NGEN PC’s decided to turn up the dial. So, when something is already impressive, it is kind of hard to improve it, right? Since this is not NGEN’s first build, nor last, we are pretty sure that they got this one just spot on. But don’t let us bias you, enjoy the pictures and feel free to share your opinion! 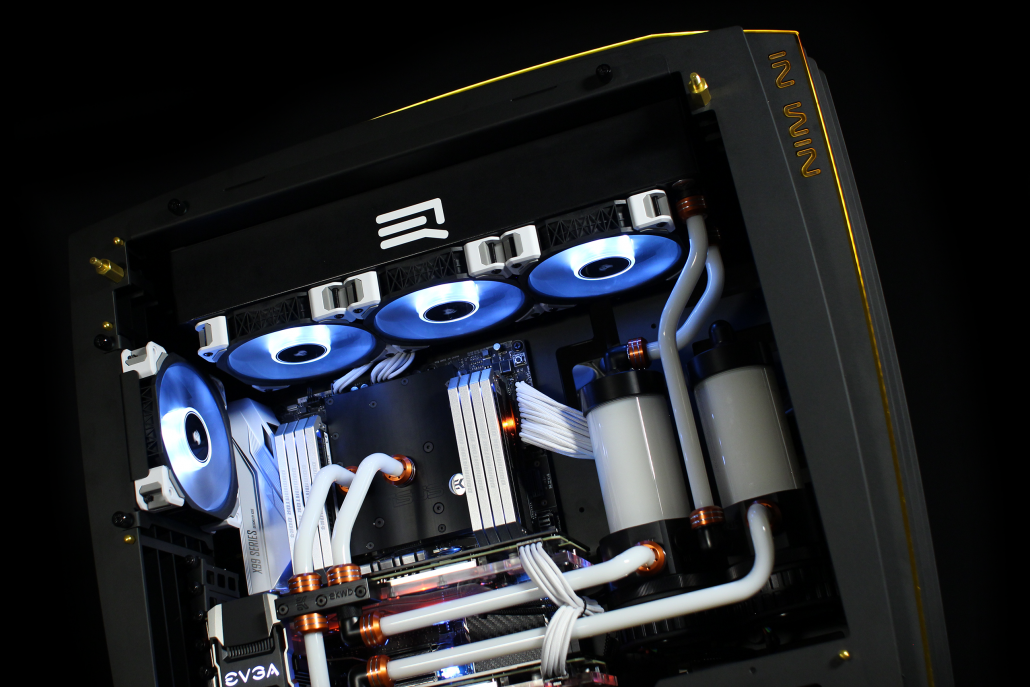 This is not just another “liquid cooled” build. Much thought has been put into it, starting with the design of the half parallel half serial loop design. The decision on the complex nature of the loop is followed by a dual pump + reservoir combo setup and a monoblock on the motherboard as well. The In Win H-Frame 2.0 case went through a single modification which is well hidden from the viewer’s eye. It’s only when you start looking at the radiator, you will say “Wait a minute! How did they….?”. Yes, the In Win H-Frame 2.0 can house only a 45mm radiator, which would be an EK-CoolStream PE 360 plus fans. But this build has a 60mm bad boy EK-CoolStream XE 360 with fans attached! They have done this by shifting all the motherboard standoffs downwards by 20mm, which is the height of one PCIe expansion slot. The aesthetics of the case is preserved and the necessary room for an XE radiator is created, so that the two 1080’s and the Intel® Core™ i7-5820K processor can be nice and cool. The shift in the position of the motherboard resulted in the two GTX 1080’s being in serial order, while the CPU monoblock is parallelly connected to the top GPU.

Hardware specifications of the NGEN In Win H-Frame 2.0 build:

EK parts used in this build: 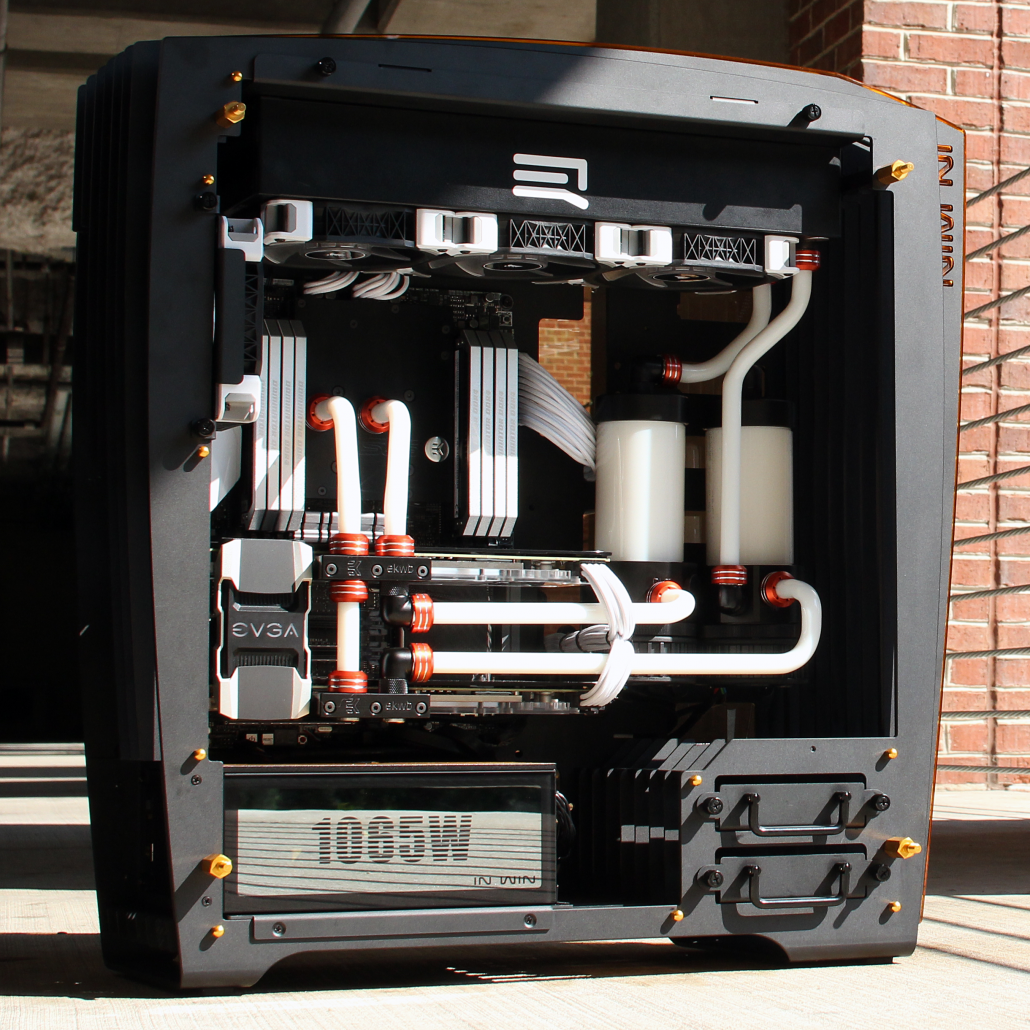 Rhapsody in Purple by Desktop.bg
Scroll to top