Over the years we’ve seen many different CPUs in different sockets behaving differently to CPU water block orientation. This time we’ll take a glance at a few platforms and see what happens when you rotate a block.

The regular CPU block orientation is the way it’s actually designed – how it comes in stock. Nonetheless, EK CPU blocks can be rotated. The 90-degree rotation is popularly called “goofy”. It definitely changes the way the cooling engine works, as it goes from a horizontal split flow to a vertical one.

Famous reviewer VSG that works for TechPowerUP and Thermalbench has tested the EK-Supremacy and EK-Supremacy MX on both regular and goofy orientations. So let’s take a look at the results. 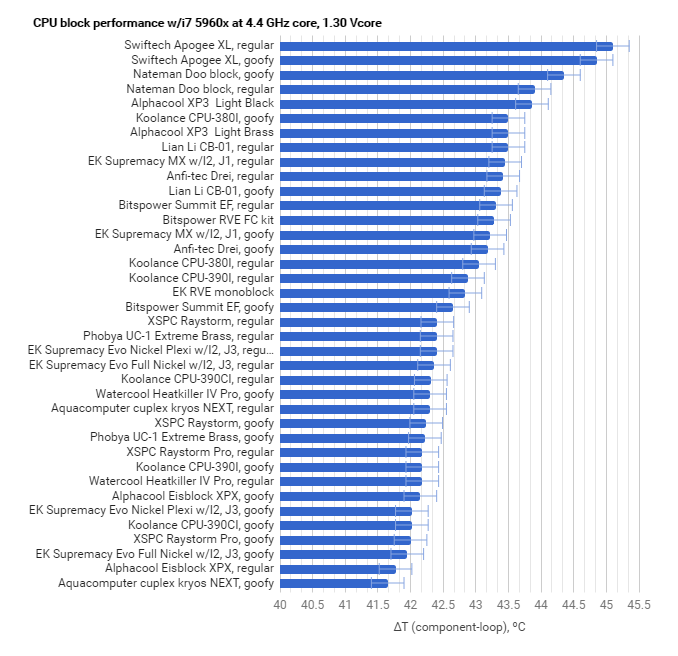 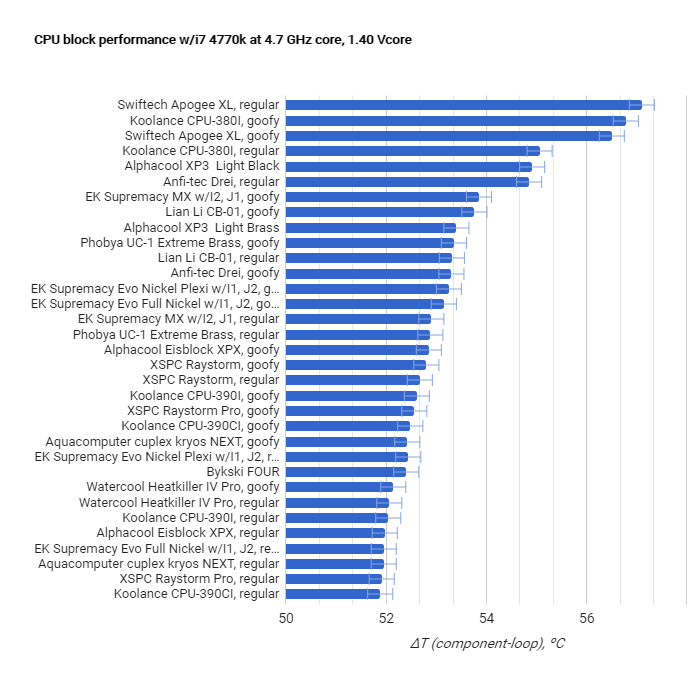 The results show that on the 2011 socket, “goofy” orientation of the EK-Supremacy water block has almost half a degree better results – 41.95°C vs 42.36°C. On the other hand, in the case of 1150 socket, we see regular setup fairing slightly better – 51.95°C vs 52.44°C. The difference, while existing, is really not that big and we can definitely say that you should go with whatever makes your tube routing easier as long as you’re respecting inlet and outlet ports on the CPU block.

The impact of "goofy" orientation on Ryzen 3000 series CPUs

Included in the extensive testing of AMD Ryzen 3000 under EK water blocks, was the thermal performance of the “goofy” setup. Due to reports of greatly increased thermal performance for blocks rotated by 90 degrees, we’ve set out to replicate that by testing on two different test-benches in a controlled environment by two separate in-house testers. The result for the “goofy” water block orientation on a Ryzen 3900X was far less than advertised by members of the community. We’ve actually measured somewhat worse thermal performance in the case of 90-degree rotated water block – between 0.5°C and 1°C – which was confirmed by both testers.

To sum it up, if you’re using Ryzen 3000 series CPU, we’re suggesting regular mounting of an EK CPU water block for performance-oriented rigs. The 90-degree rotated mount does not trail behind significantly, and in case it offers you better tube routing options, we’re definitely not against it.

Can the EK-Supremacy Classic RGB also be rotated?

Yes. Just like EK-Velocity and EK-Supremacy, the Classic water block can also be utilized in a “goofy” setup with the near-identical results. When calculating if it’s worth it to rotate the EK-Supremacy Classic, just take a look at the Thermalbench’s graphs below since the cooling engine is the same as the regular EK-Supremacy water block.

Thermal performance changes are minimal when you rotate the water block unless, of course, you’re trying to achieve record benchmark scores or ultimate cooling. Rotating the block to make the inlet and outlet align with your preferred tube routing as the aesthetic choice is the way to go. However, not even the offset Ryzen 3000 cores warranted a change in orientation for any other reason, so the CPUs with die in the center should not either.

This Is Why You Need Purpose-Made Coolants

Did You Know Why EK Black Fittings Are Not Painted on the Inside?
Scroll to top