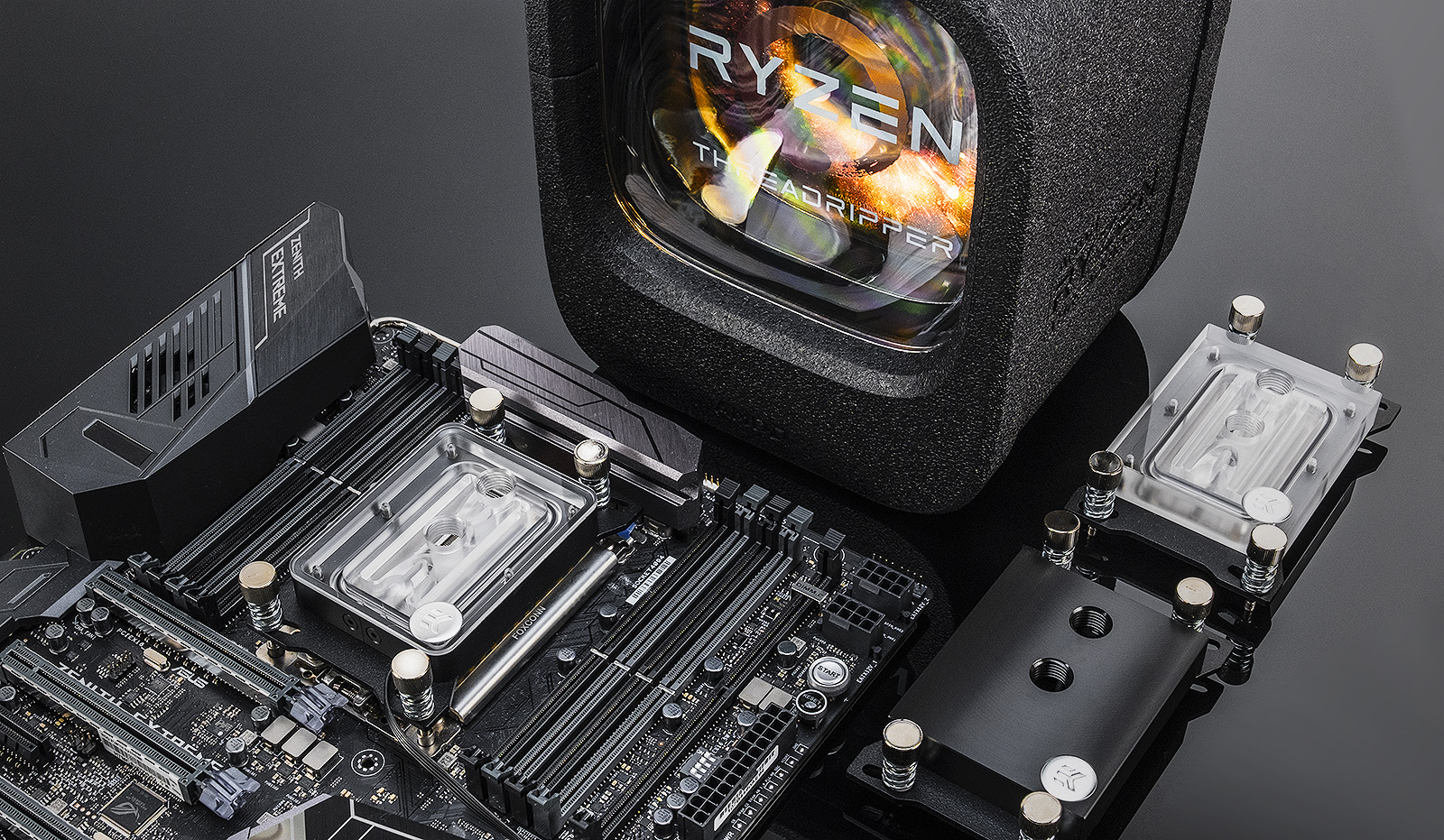 The release of AMD® X399 chipset based HEDT processors opened new opportunities and challenges for cooling solutions. EK® was first on market with a liquid cooling solution, but now its time to go for the pole position. The primary goal in designing the new EK-Supremacy sTR4 water block was to cover the entire IHS of HEDT AMD® Ryzen Threadripper processors and to optimize the fin structure according to the CPU die layout. A dense micro-fin structure that counts 91 grooves is split in half in the center so that the CPU dies are cooled more directly. 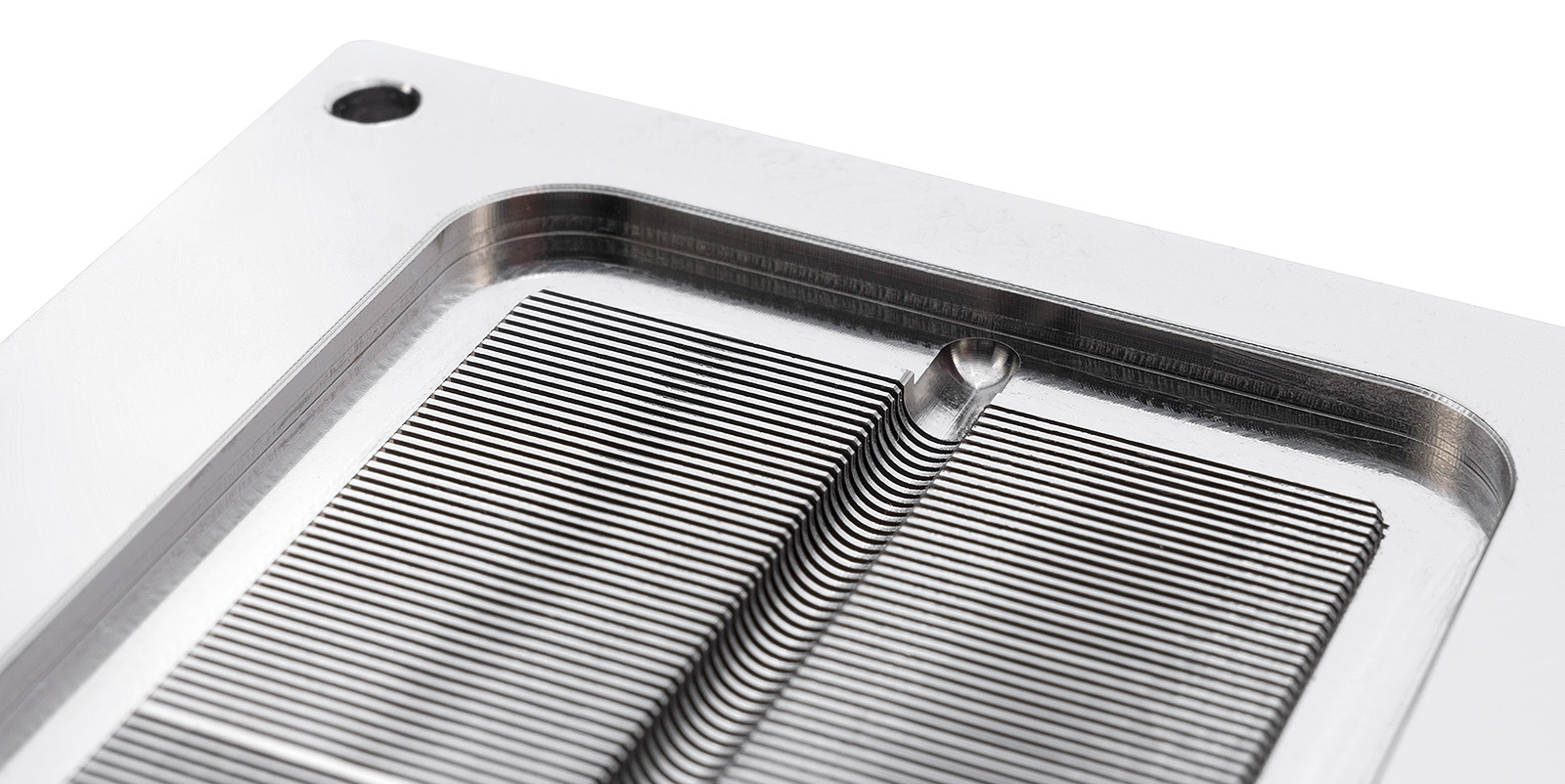 The water block features a patent-pending technology called TDC (Targeted Die Cooling), which is a unique approach to cooling of multi-die processors in order to maximize the cooling performance of every single die by addressing them directly.

We are announcing four versions of the EK-Supremacy sTR4 water block to be available: 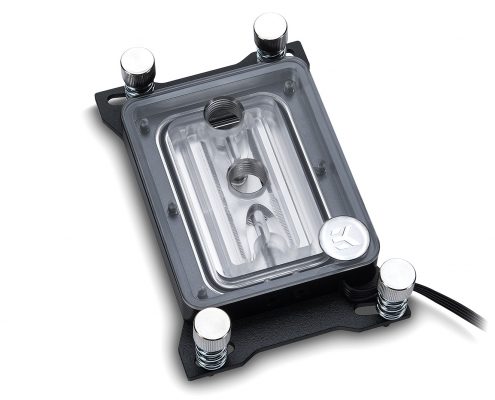 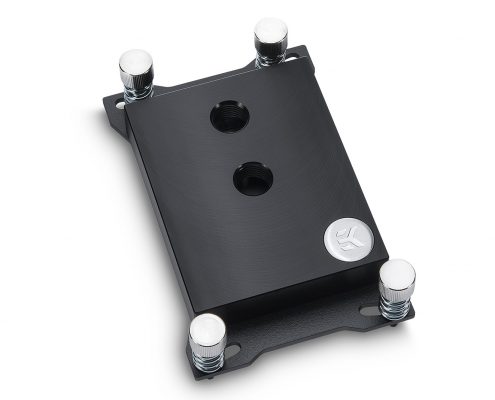 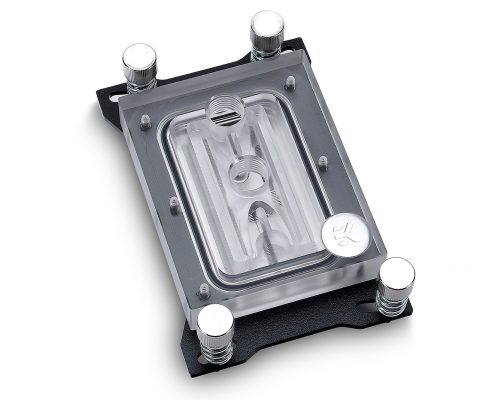 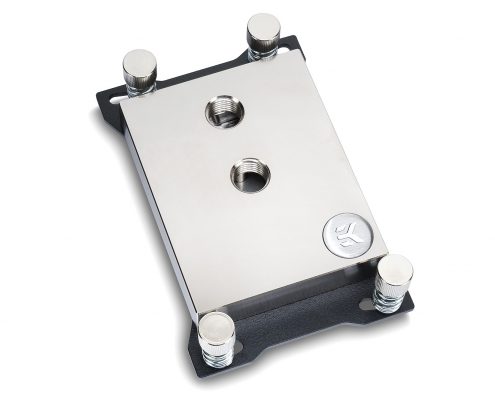 Every EK-Supremacy sTR4 water block comes with a precisely machined copper base (sometimes referred to as ‘cold plate’) which is made from purest copper available on the market and is treated with nickel electroplating. Unlike some other CPU blocks, the sTR4 comes with a diamond cut unpolished cold plate to achieve the best possible contact with the IHS of the AMD® Ryzen Threadripper processor, thus enabling better thermal transfer. The top is made from CNC machined POM Acetal, acrylic glass or nickel-plated brass (depending on the variant). 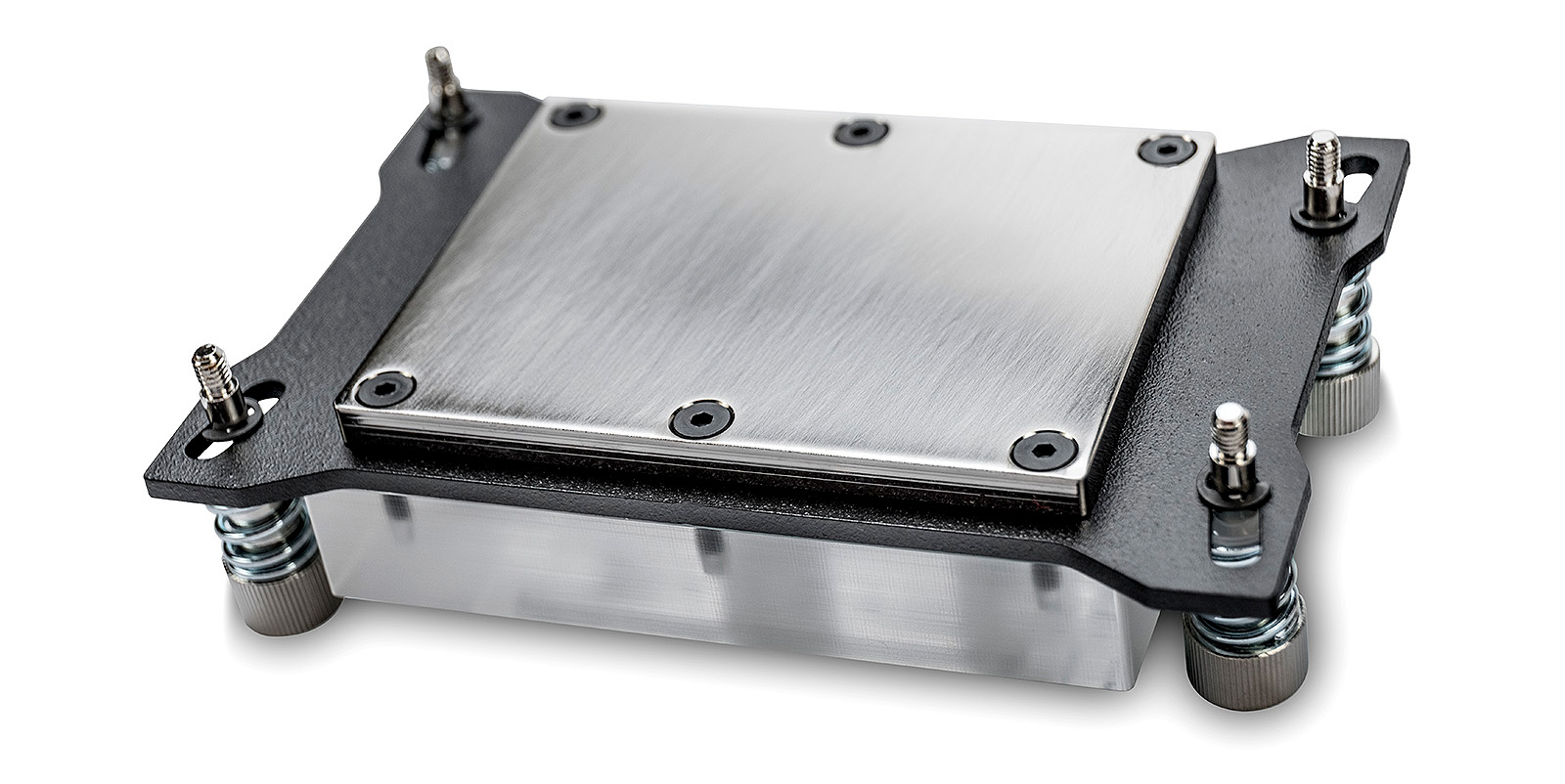 All mentioned water blocks are enclosed with a small tube of high-performance Thermal Grizzly Hydronaut thermal grease. It’s suitable for high demanding users and for overclocking due to its excellent thermal conductivity. The thermal grease consists of a silicon-free structure, this makes it very light and highly flexible and easy to apply. It’s recommended that users follow the EK-Supremacy sTR4 water block installation manual for the suggested method of thermal grease application for the best-expected results.

The base plate is covering 100% of the of the AMD® Ryzen Threadripper processors Integrated Heat Spreader (IHS). The EK-Supremacy sTR4 cooling engine implemented into the water block is the key to a high-flow design with low hydraulic restriction combined with high-performance cooling. 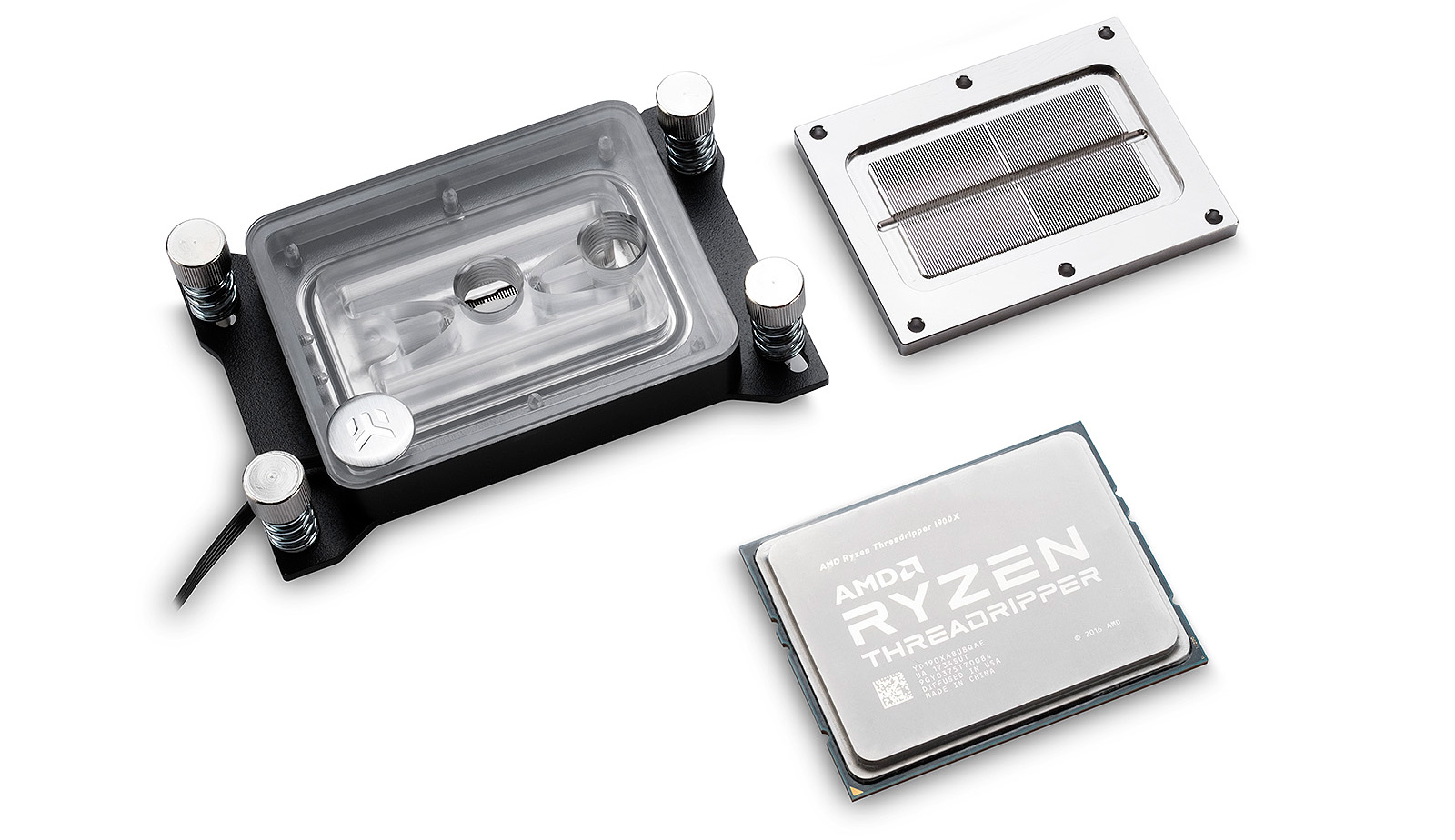 The RGB version of the EK-Supremacy sTR4 water block is compatible with popular RGB sync technologies from all major motherboard manufacturers. The arrow marking on the 4-pin LED connector is to be aligned with the +12V marking on the RGB header. You can easily remove the LED strip cover which is mounted with two screws to replace the LED strip with some other type LED strip.

EK-Supremacy sTR4 comes with a pre-assembled error-preventing mounting mechanism that is installed directly onto the SocketTR4 mounting holes. The result is a perfect installation which results in optimal performance every time. This also means the water block is out of the box compatible with AMD’s server type Socket SP3 motherboards. With such a mounting solution, the user does not need to remove the motherboard from the case and so has a hassle-free installation procedure of the new CPU. The sliding mounting screws also allow the block to be flipped and to orient the In and Out ports based on the user’s needs.

You can always check for compatibility for the EK-Supremacy EVO Threadripper water blocks by using EK Cooling Configurator database where compatible motherboards are being added to the list on a daily basis:

EK-Supremacy sTR4 water blocks are made in Slovenia and are available for purchase through EK Webshop and Partner Reseller Network. In the table below you can see manufacturer suggested retail price (MSRP) with VAT included.