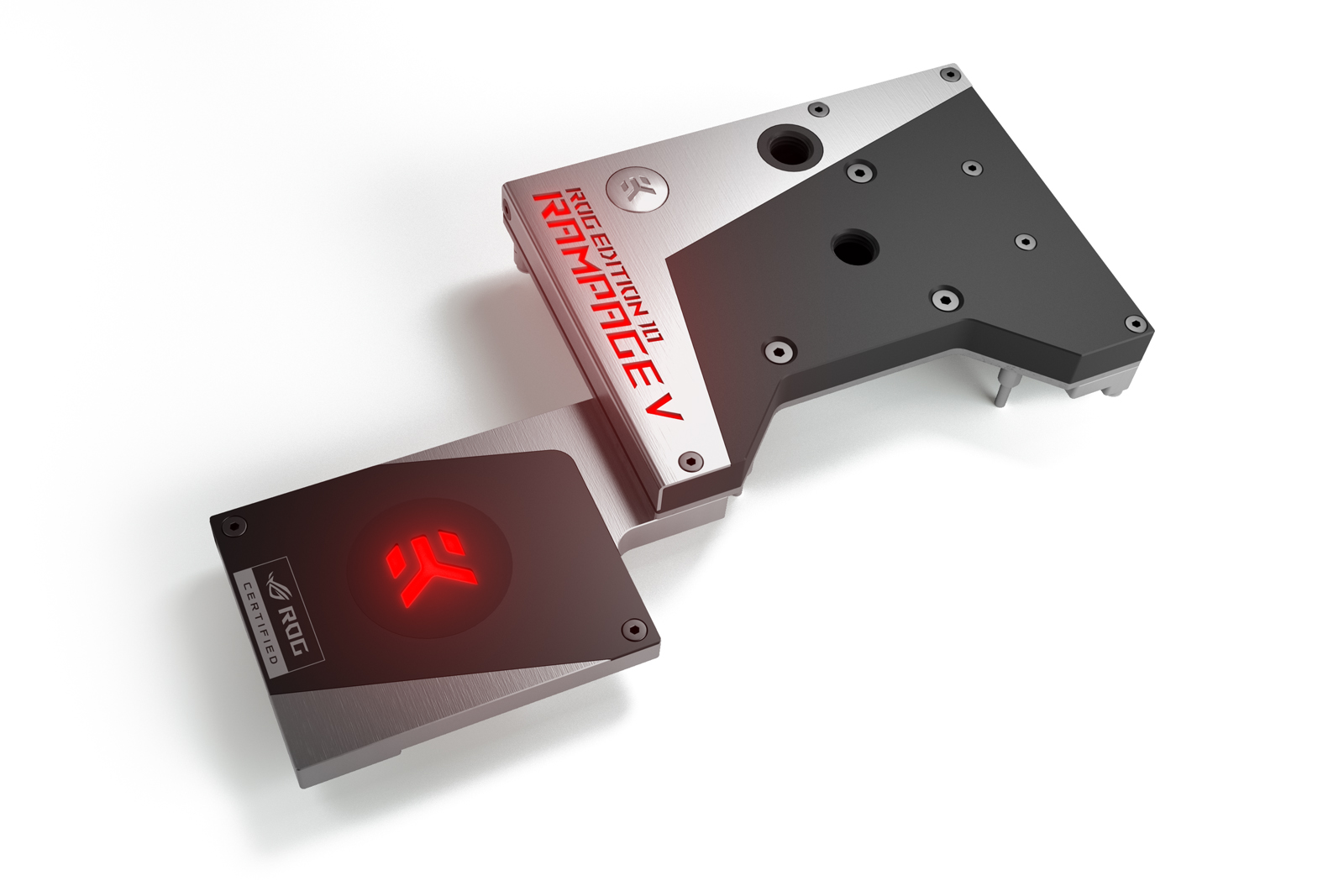 The base of the monoblock is made of nickel plated electrolytic copper while the top is made of quality POM Acetal material with the addition of decorative tiles with ROG insignia made out of brushed aluminum. The block features RGB LEDs that illuminate the EK logo and Rampage V Edition 10 caption. The RGB LEDs are fully compatible with ASUS AURA Lighting Control and the 4-pin RGB female connector can be connected directly to the motherboard RGB header.

This monoblock is made in Slovenia, Europe and is available for pre-order through EK Webshop and Partner Reseller Network. The product will start shipping on Wednesday, 26th of October, 2016! In the table below you can see manufacturer suggested retail price (MSRP) with VAT included.