EK®, the premium liquid cooling gear manufacturer, is releasing a new Intel® LGA 1700 socket-based monoblock belonging to the Quantum Line of products, the EK-Quantum Momentum² ROG Maximus Z690 Hero D-RGB – Plexi. This monoblock is engineered specifically for the ROG MAXIMUS Z690 HERO motherboard from ASUS®. The addressable D-RGB LED in the monoblock is compatible with ASUS Aura Sync RGB control and offers a full lighting customization experience for every single diode at any given time. This monoblock is EK-Matrix7 compatible. 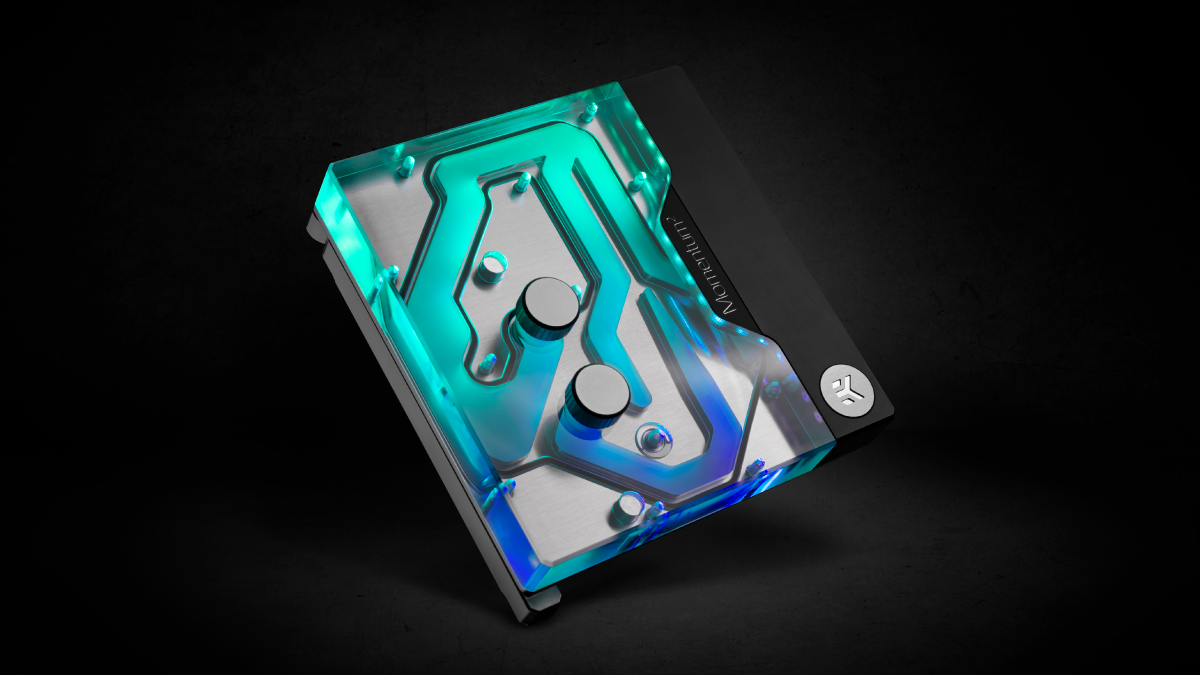 This is a complete all-in-one (CPU and motherboard) liquid cooling solution for Intel 12th generation Alter Lake processors and the monoblock is compatible with the LGA 1700 socketed ROG Maximus Z690 Hero motherboard. 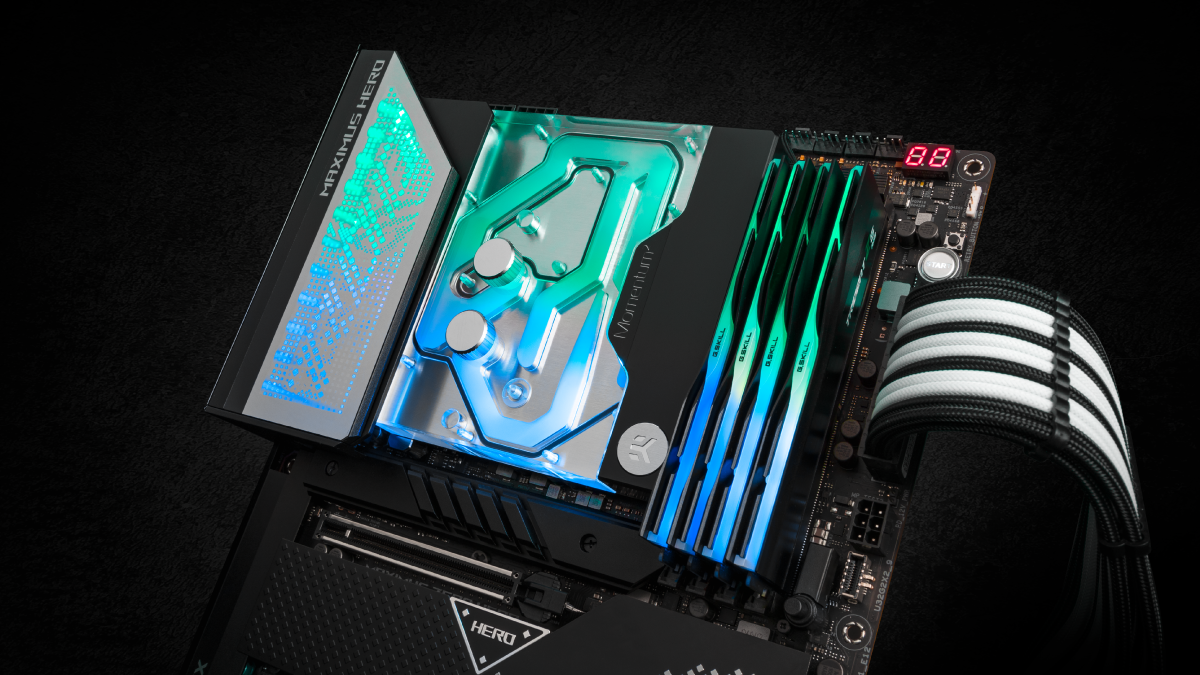 This monoblock uses the latest generation of EK Velocity² cooling engine to ensure the best possible CPU cooling while not reducing flow to other components. This water block directly cools the Intel Alder Lake CPU, VRM section, and the LAN controller. 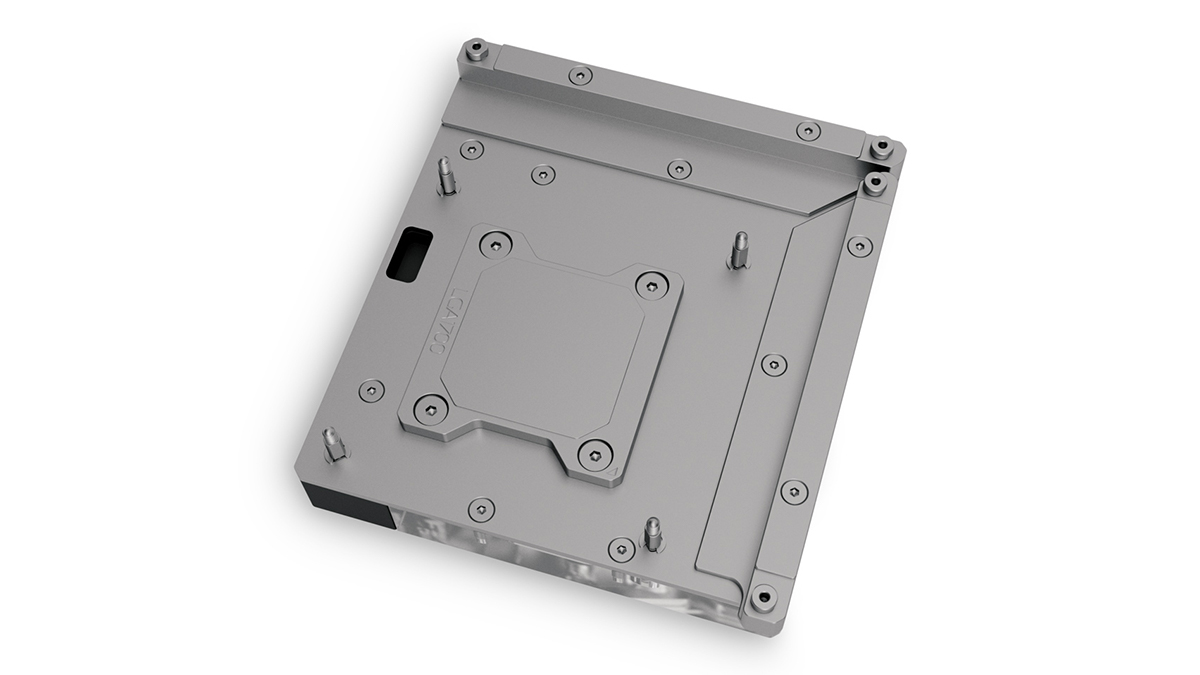 Liquid flows directly over all critical areas, providing the enthusiasts with a great solution for high and stable overclocks. Like with every EK monoblock, the EK-Quantum Momentum² ROG Maximus Z690 Hero features a high flow design and it can be easily used with the system using weaker water pumps or lower pump speed settings as well. The Quantum Momentum² monoblock also comes with sophisticated D-RGB (addressable) lighting with a total of 8 LEDs. They connect to a standard 3-pin 5V D-RGB addressable header, named Aura Gen2 header on this ROG motherboard. 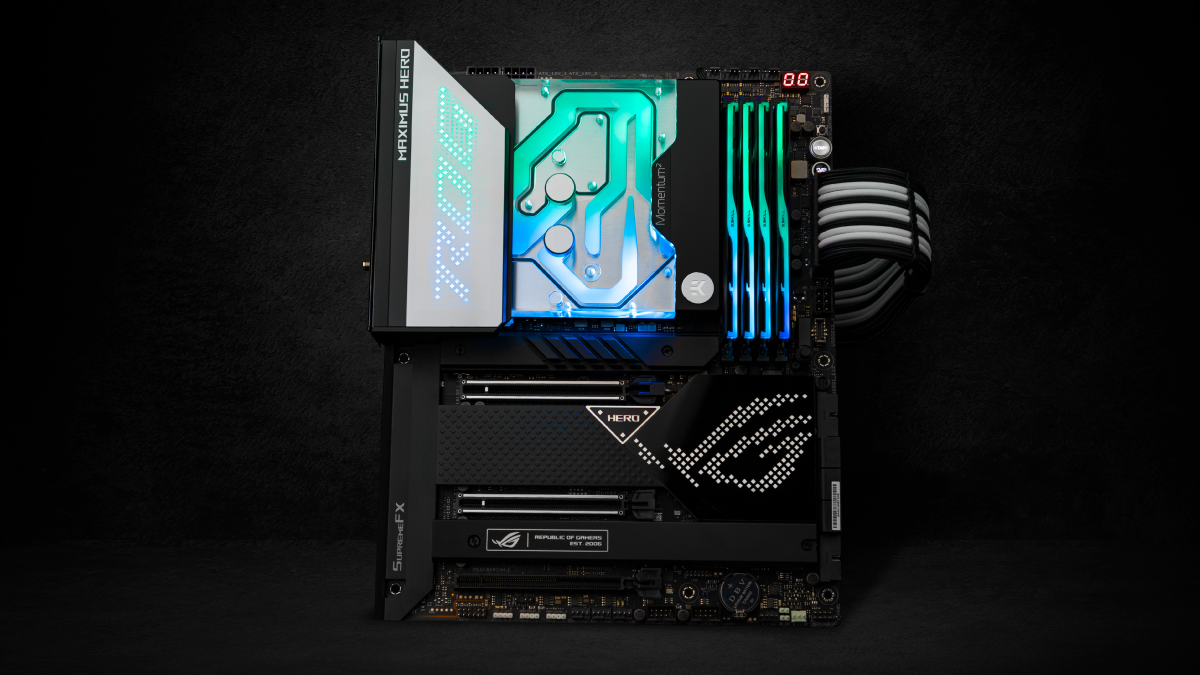 The base of the monoblock is made of nickel-plated electrolytic copper while the top is made of quality cast acrylic material. The nickel-plated brass screw-in standoffs are pre-installed and allow for easy installation.

A Digital (addressable) 3-pin 5V D-RGB LED strip is installed in the monoblock that connects to the motherboard’s 3-pin LED header or it can be connected to any other supported 5V 3-pin LED controller. This product is compatible with ASUS Aura Sync RGB control software. The arrow marking on the 3-pin D-RGB LED connector is to be aligned with the +5V marking on the AURA Addressable Gen2 header. 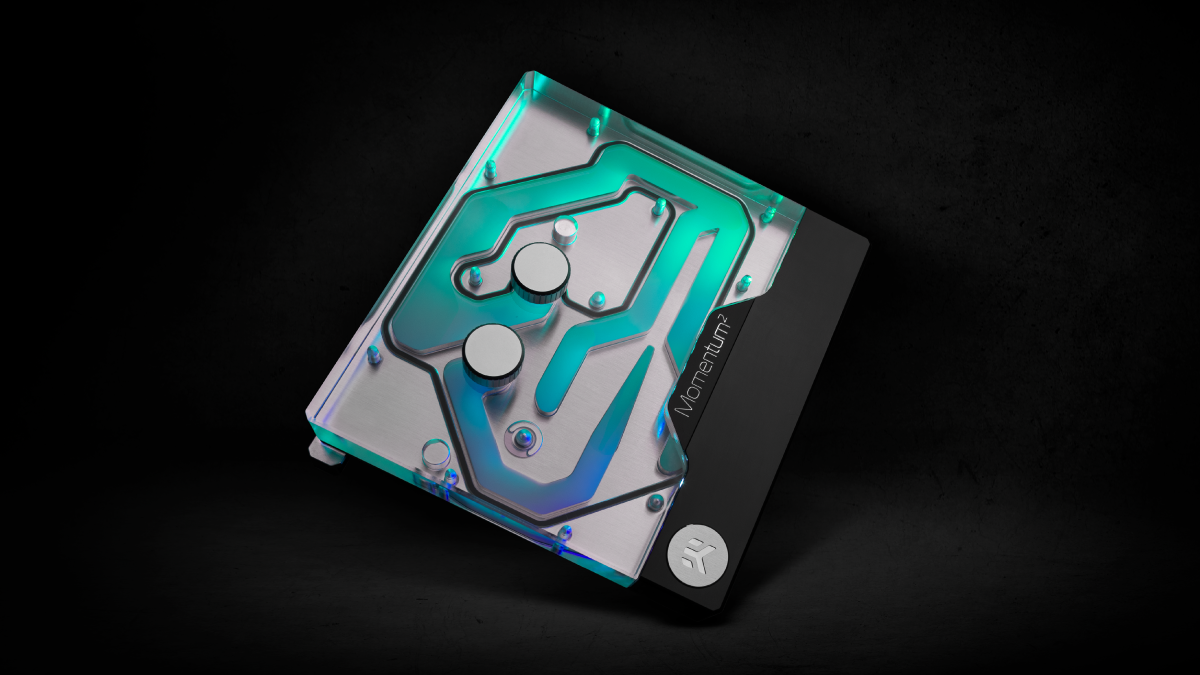 You can always check for compatible water blocks by using the EK Cooling Configurator database where compatible graphics cards and motherboards are being added to the list on a daily basis:

EK-Quantum Momentum² ROG Maximus Z690 Hero D-RGB – Plexi monoblock is made in Slovenia, Europe, and is readily available for pre-order through the EK Webshop and Partner Reseller Network.  This Quantum Line monoblock will start shipping in late March 2022.  In the table below you can see the manufacturer suggested retail price (MSRP) with VAT included.