GIGABYTE TECHNOLOGY Co. Ltd., a leading manufacturer of motherboards and graphics cards is proud to announce today, a promotion with EK Water Blocks, the world’s top liquid cooling manufacturer. This promotion will begin on August 1st, 2016 and will be held throughout Europe.

GIGABYTE and EK Water Blocks worked together in designing and engineering the EK-FB GA-Z170X Monoblock for the Z170X-GAMING 7-EK motherboard. This monoblock uses the award winning EK-Supremacy EVO cooling engine to ensure the best possible performance in CPU cooling. Not only does the monoblock help keep the CPU cool, but it also covers the power regulation (MOSFET) module allowing water to flow directly over all critical areas of the motherboard ensuring the highest possible overclocks. 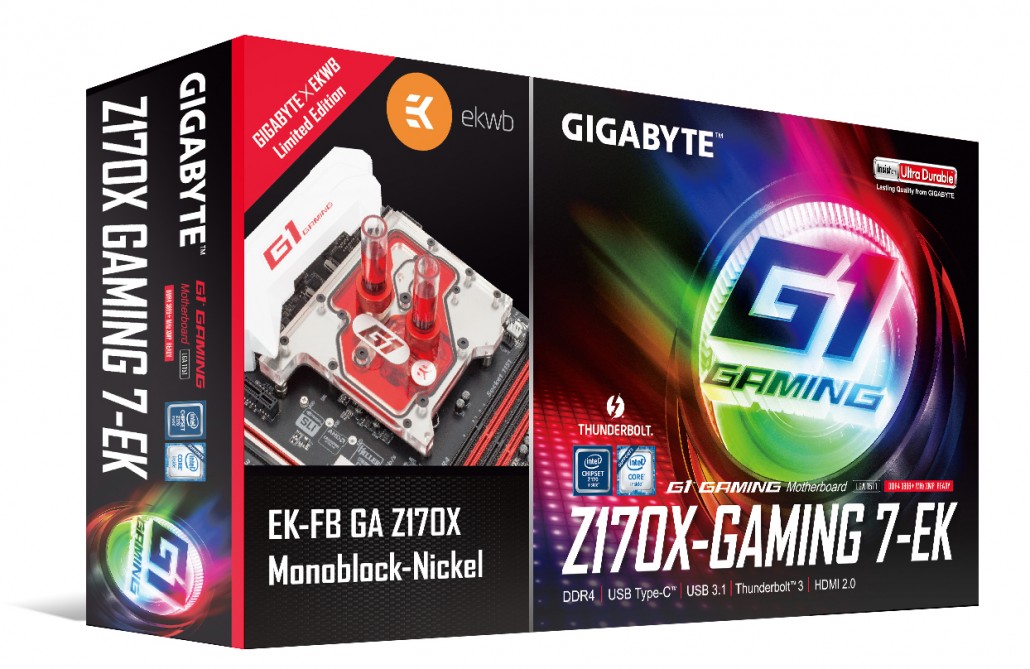 GIGABYTE’s X99-ULTRA GAMING-EK also gets the same special treatment with the bundled EK-Supremacy EVO X99 CPU water block, which also has a custom G1 engraving. This extreme performance CPU water block was developed by EK Water Blocks specifically for Intel® X99 Chipsets on the LGA2011-v3 platform and it is the No.1 choice for gamers and performance seeking enthusiasts. 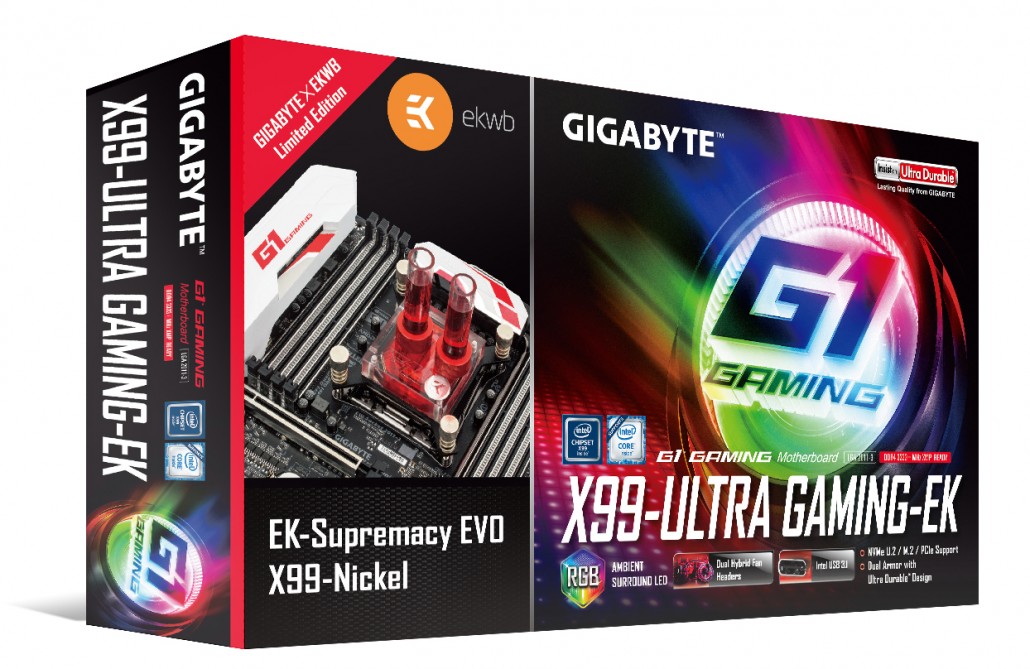 GIGABYTE Motherboards are designed for liquid cooling with Dual Hybrid Fan Headers, a feature essential to users who are trying to create an open looped liquid cooling PC as it gives users the ability to support dual water pumps. By incorporating an EK Water Block this bundle represents the epitome of what a liquid cooling PC should be, as having the best motherboard paired with the finest liquid cooling monoblock, users will have an enjoyable setup and flawless experience.

This is a limited time offer, users who want to experience a limited edition bundle from GIGABYTE and EKWB need to act fast as limited quantities are available.