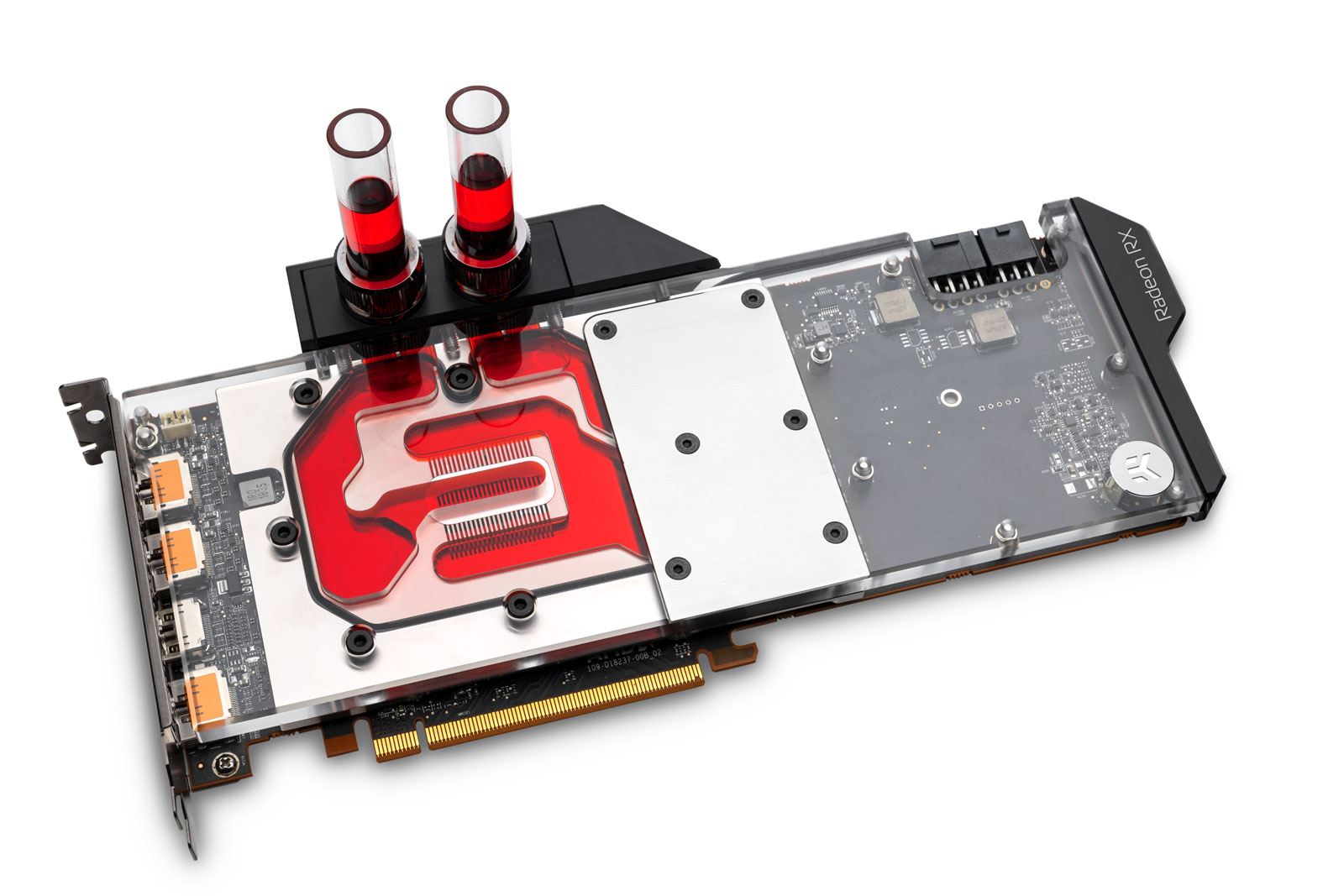 With the fabrication process of 7nm, the chips become very small. The size of the new Navi GPU cores in RX 5700 and 5700 XT is only 251mm² while the 14nm Vega GPUs were 495mm in size. Almost double. The Navi GPU is more efficient, but still, the thermal density is increased. Which is why these small chips benefit a lot from a more efficient way of cooling via our water blocks.

This water block directly cools the GPU, 8GB of GDDR6 memory, and VRM (voltage regulation module) as cooling liquid is channeled directly over these critical areas. These newly developed water blocks feature a redesigned cooling engine that has a larger footprint compared to the previous generation of EK® Full Cover water blocks. This results in a larger surface area for heat transfer which increases the thermal performance of these water blocks. 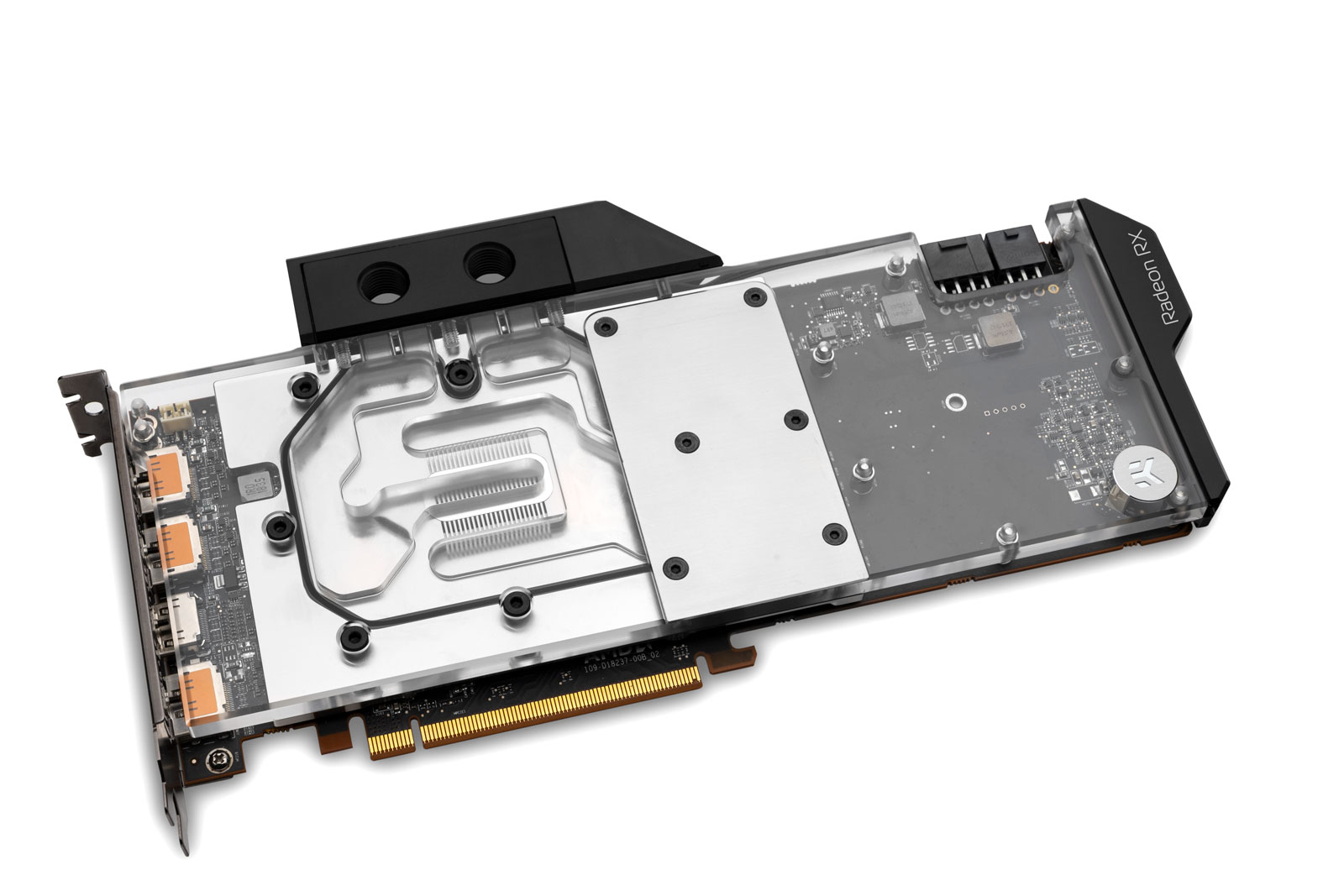 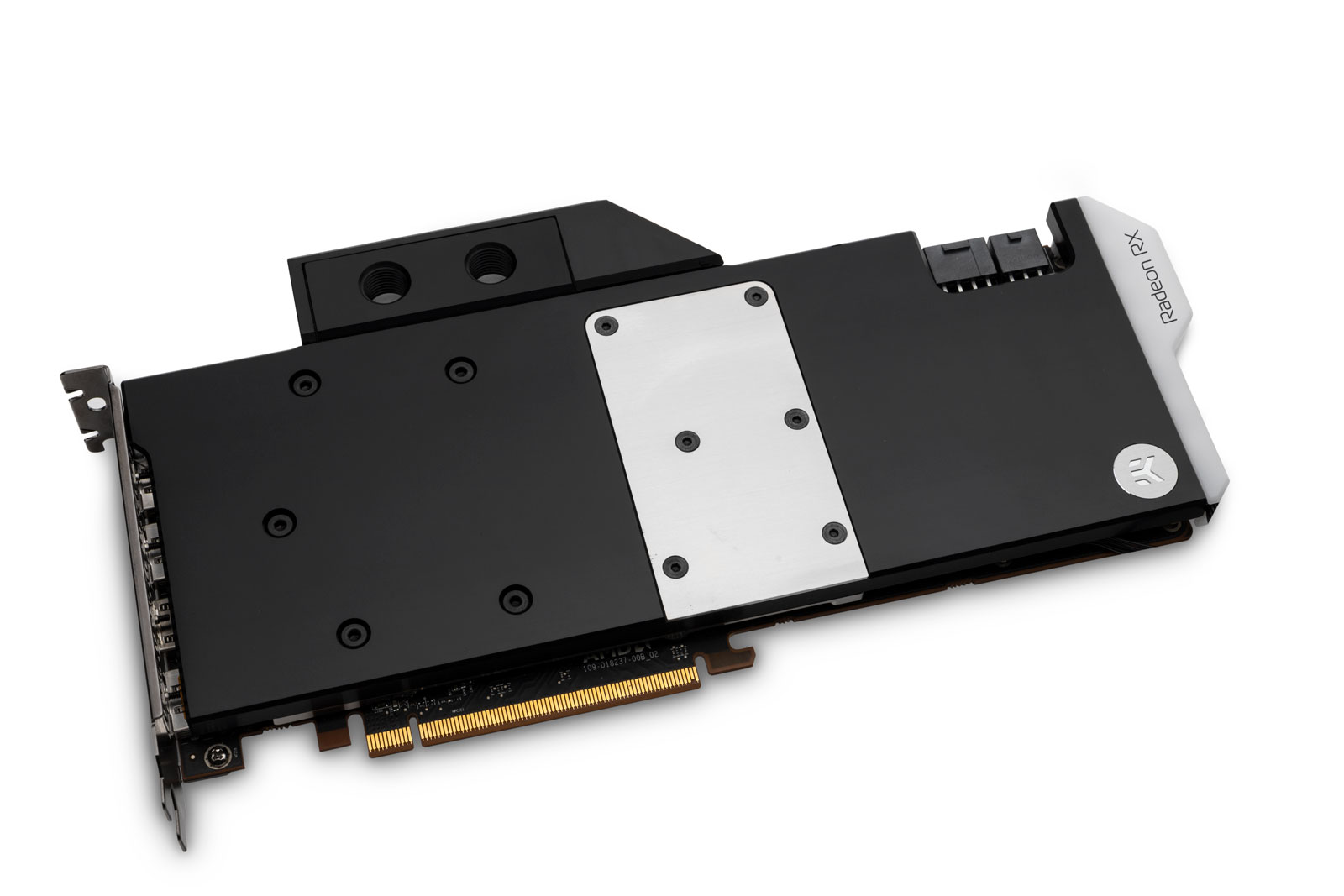 The base of the block is made of high-grade copper or nickel-plated electrolytic copper while the top is made of high-quality acrylic material or black POM Acetal material (depending on the variant). The entire plexi covered block is lit up with RGB while the acetal version is implementing RGB in the aesthetic white corner piece. The top material does not affect the block performance in any way. The block also features a special plastic cover over the block Terminal which is also lit with RGB. This add-on is designed to reveal the graphics card model, visible from the side. Sealing is ensured by high-quality EPDM O-Rings. The brass standoffs are already pre-installed and allow for a safe and easy installation procedure.

EK also encloses a single-slot I/O bracket which replaces the original two-slot in order to make installation of multiple graphics cards easier and also transforms the GPU into a gorgeous single slot solution.

Liquid cooling your Radeon RX 5700 GPU will allow you to overclock it to the maximum clock allowed by the card and reach 10-20% better results depending on workload or game you’re playing. Even while overclocked your card will reach far lower temperatures and less noise than factory clocked with air cooling ensuring an even longer lifespan of the card. 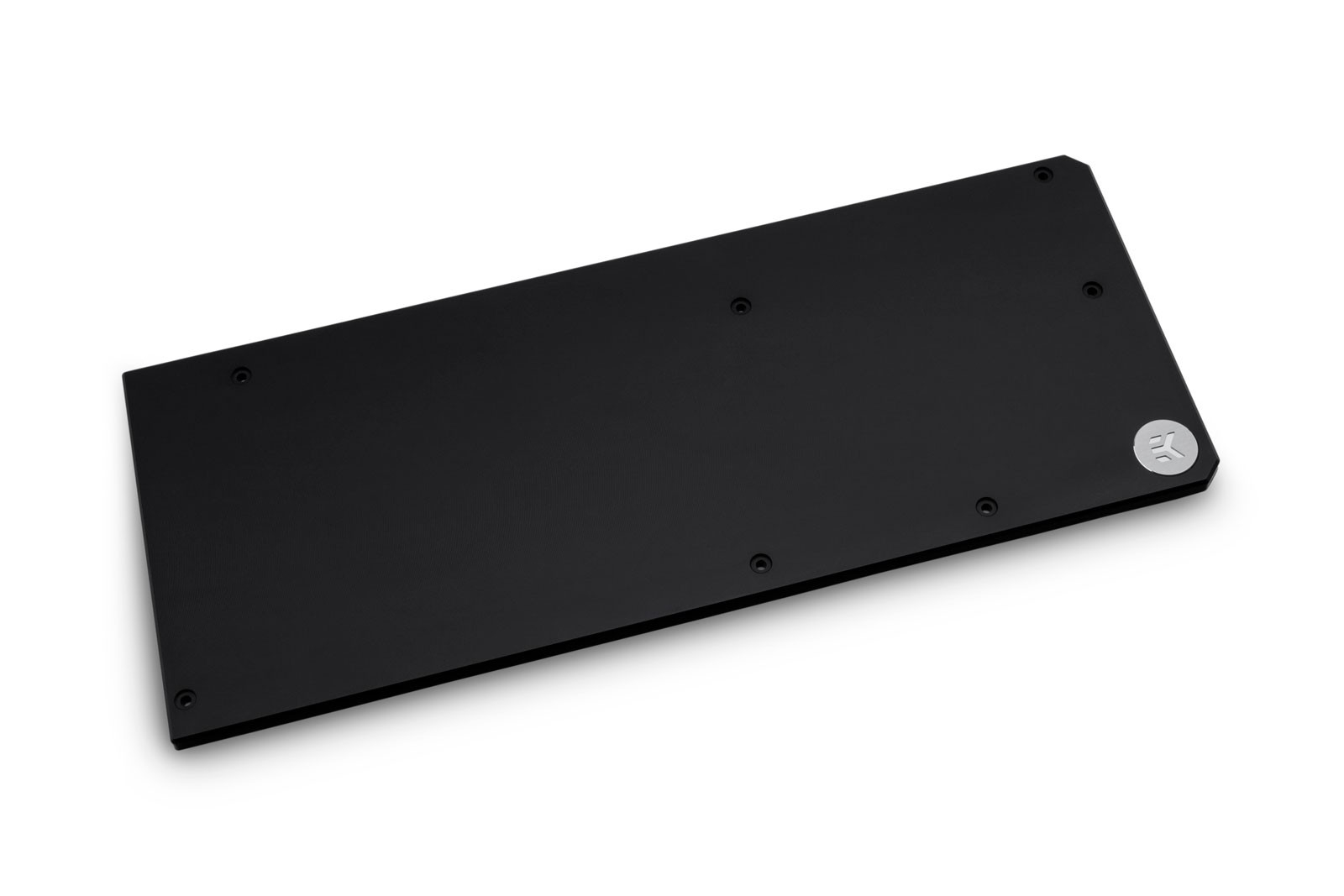 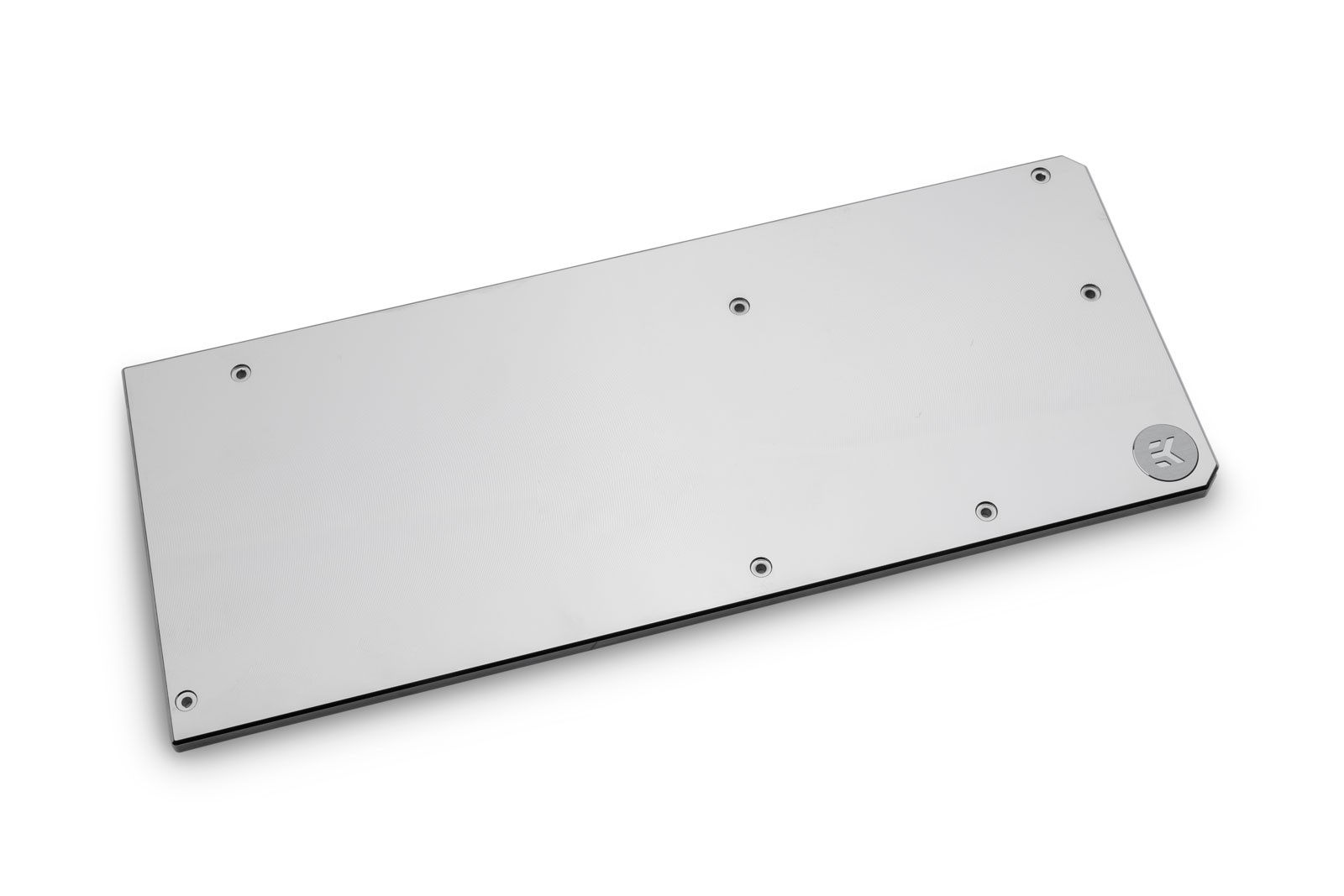 The EK-Vector Radeon RX 5700 +XT RGB blocks and backplates are made in Slovenia, Europe and are available for pre-order through the EK Webshop or EK Partner Reseller Network. They will start shipping on Monday, 26th of July 2019! In the table below you can see manufacturer suggested retail price (MSRP) with VAT included.