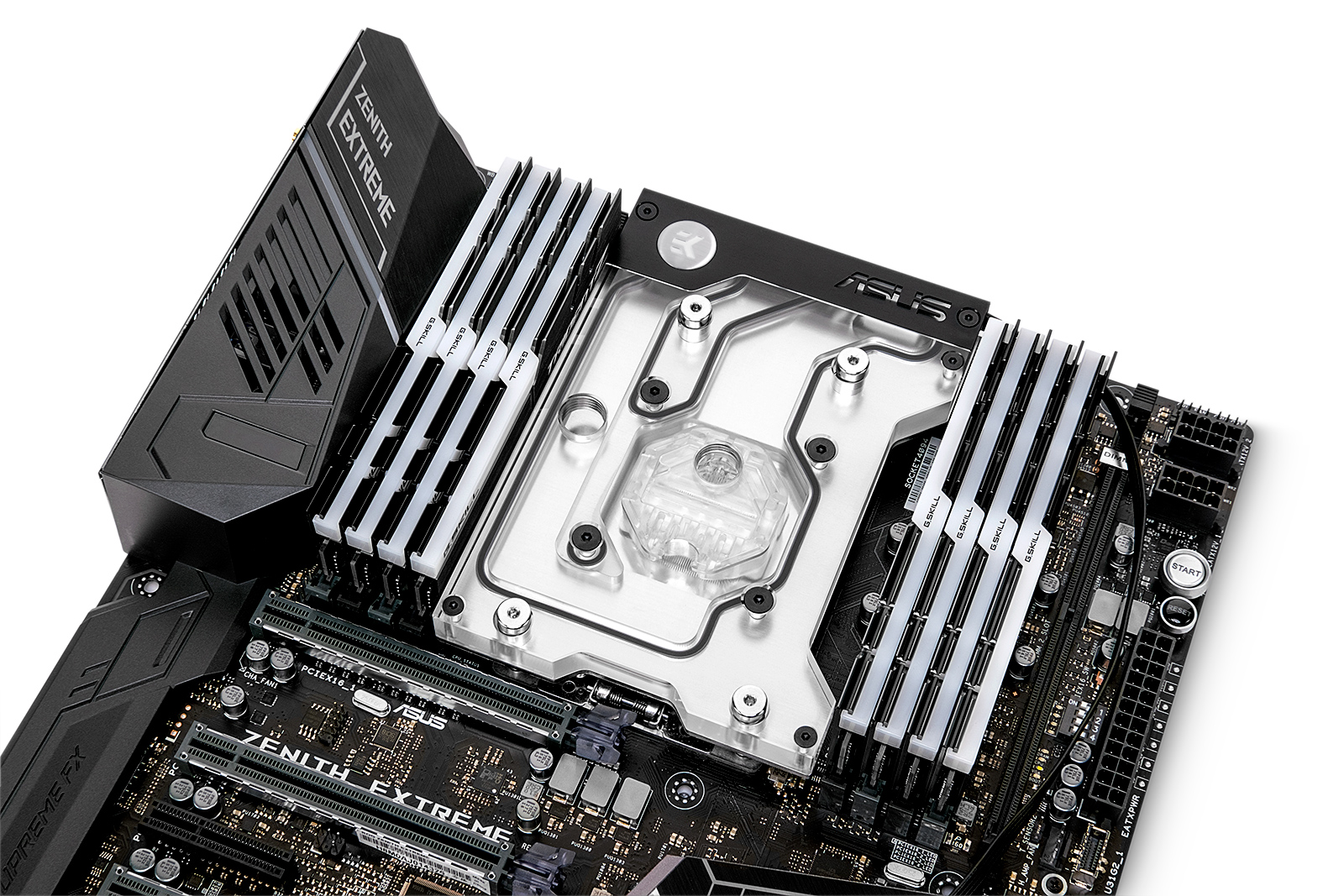 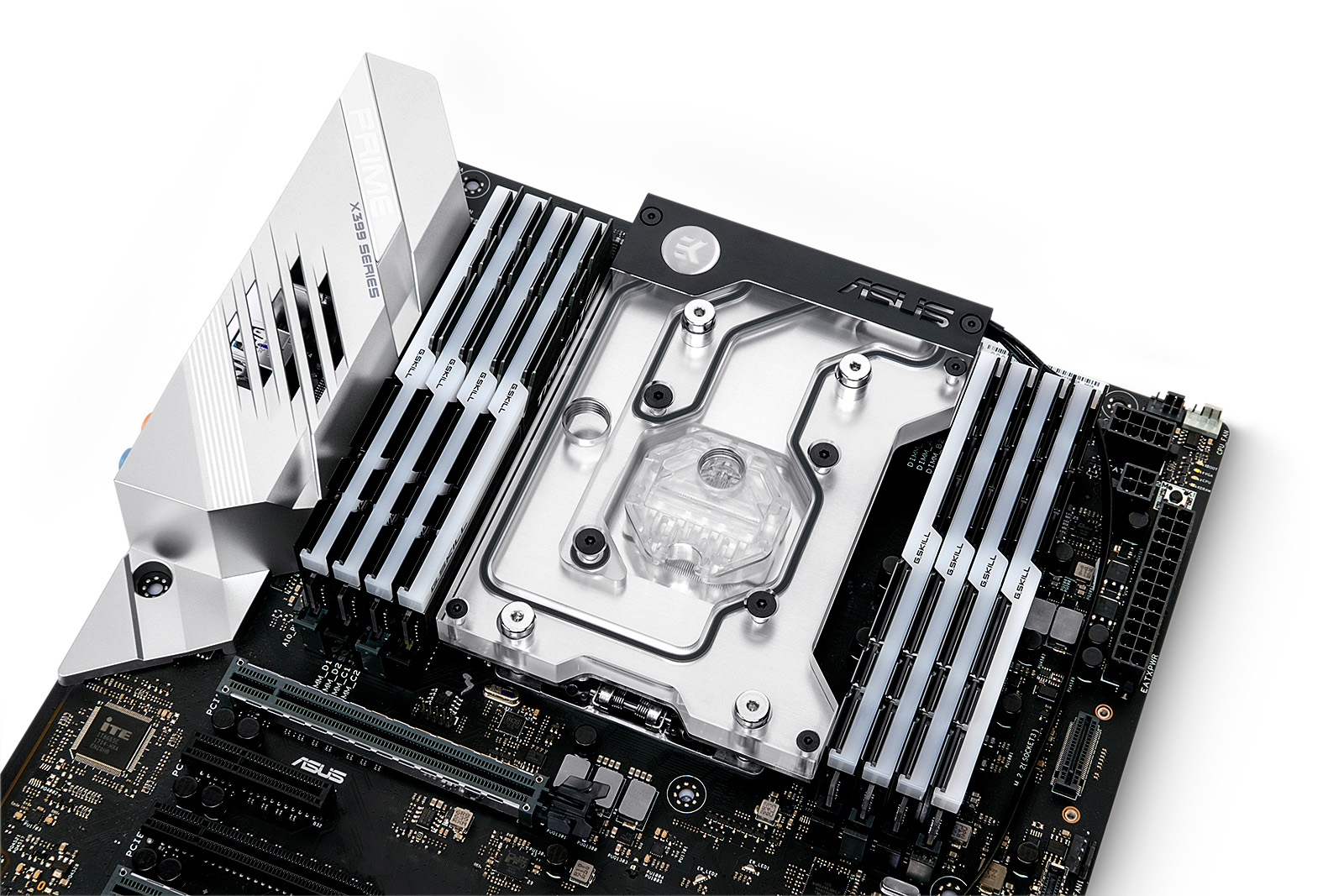 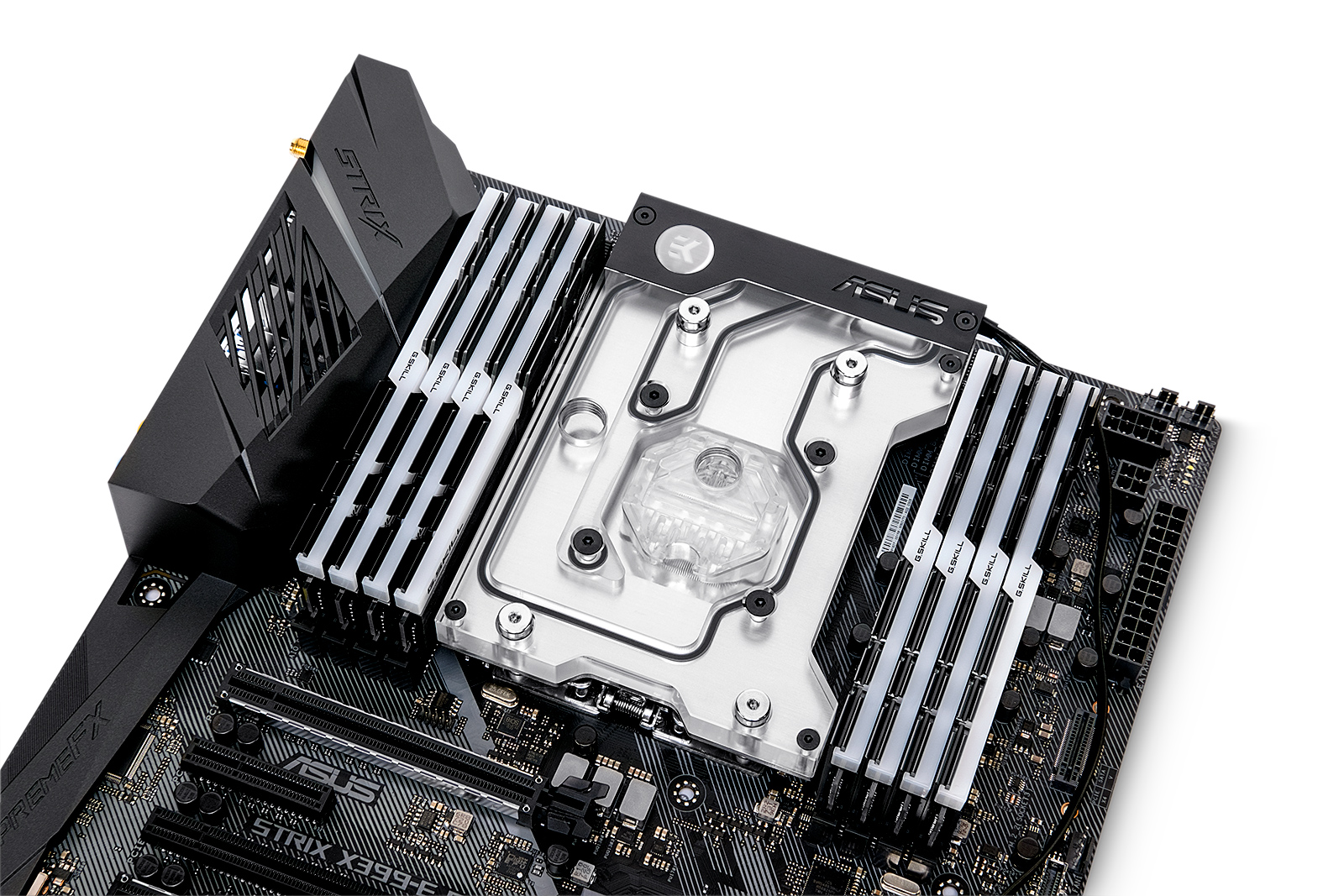 Designed and engineered in cooperation with ASUS®, this monoblock uses award-winning EK-Supremacy EVO cooling engine to ensure best possible CPU cooling. This water block directly cools AMD® Socket TR4 type CPU, as well as the power regulation (MOSFET) module. Liquid flows directly over all critical areas, providing the enthusiasts with a great solution for high and stable overclocks. Using such a monoblock gets rid of the small fan that can be found on some X399 motherboards, hidden under the I/O cover. 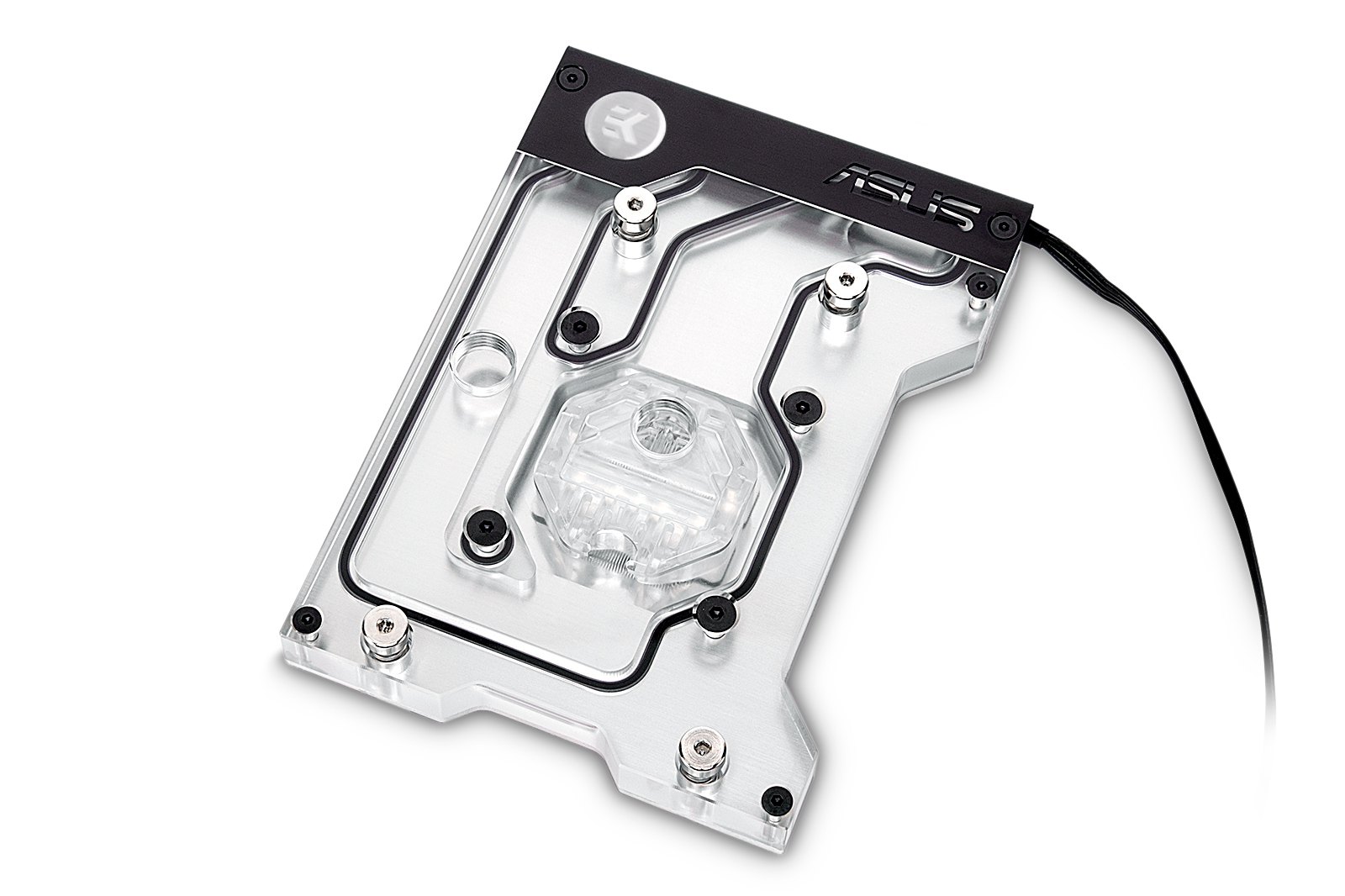 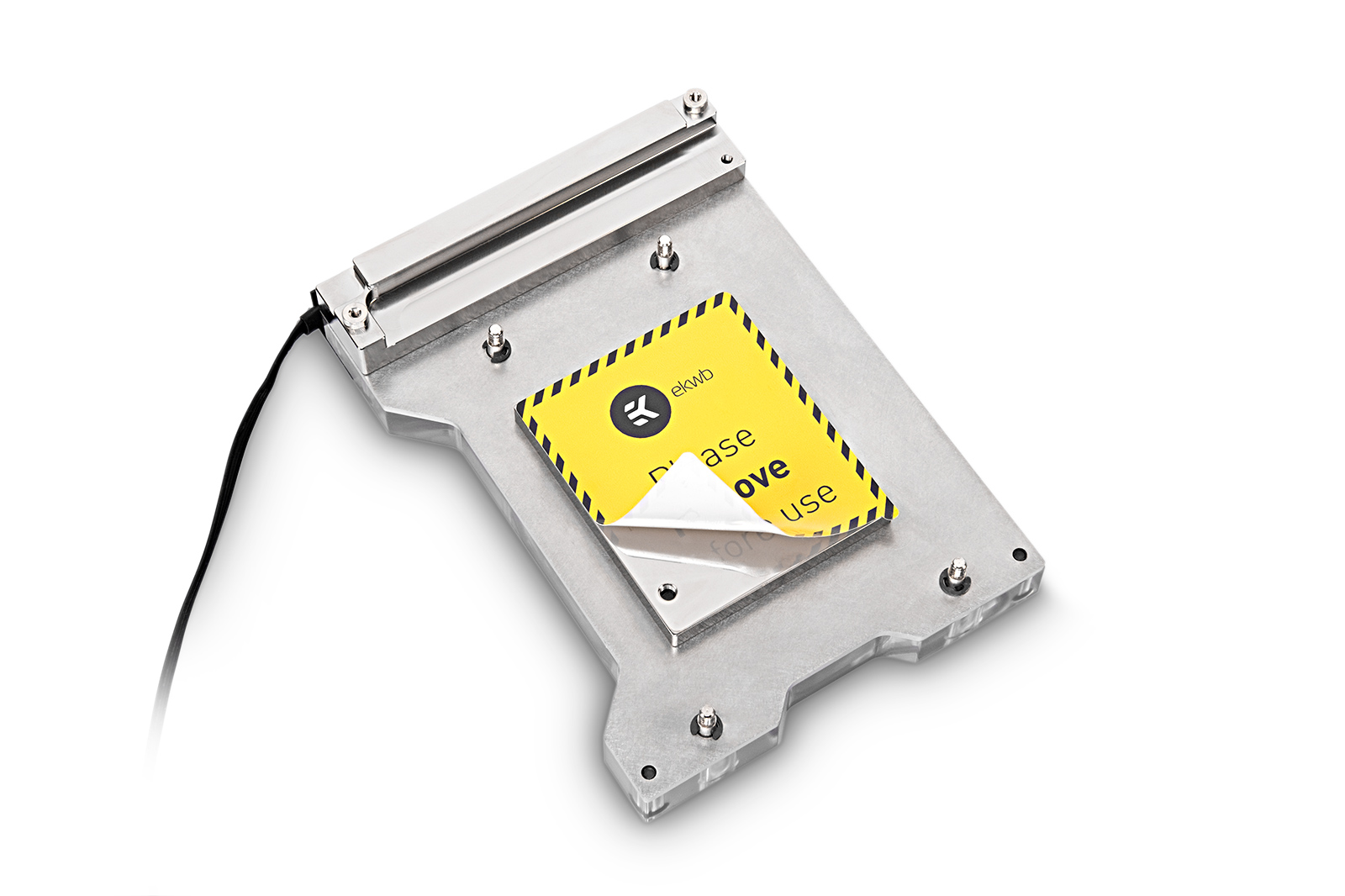 Like with every EK monoblock, EK-FB ASUS ROG ZE RGB features high flow design and this monoblock can be easily used with the system using a weaker water pump as well. This kind of efficient VRM cooling on an X399 platform opens up new overclocking capabilities.

This X399 platform based monoblock also comes with a redesigned bigger cold plate. The new design ensures that the monoblock has mechanical contact with the entire Ryzen™ Threadripper™ processor IHS, thus enabling better thermal transfer. The base of the monoblock is made of nickel-plated electrolytic copper while the top is made of quality acrylic glass material. The main nickel plated mounting screws and brass screw-in standoffs are pre-installed so that the installation process is quick and easy. 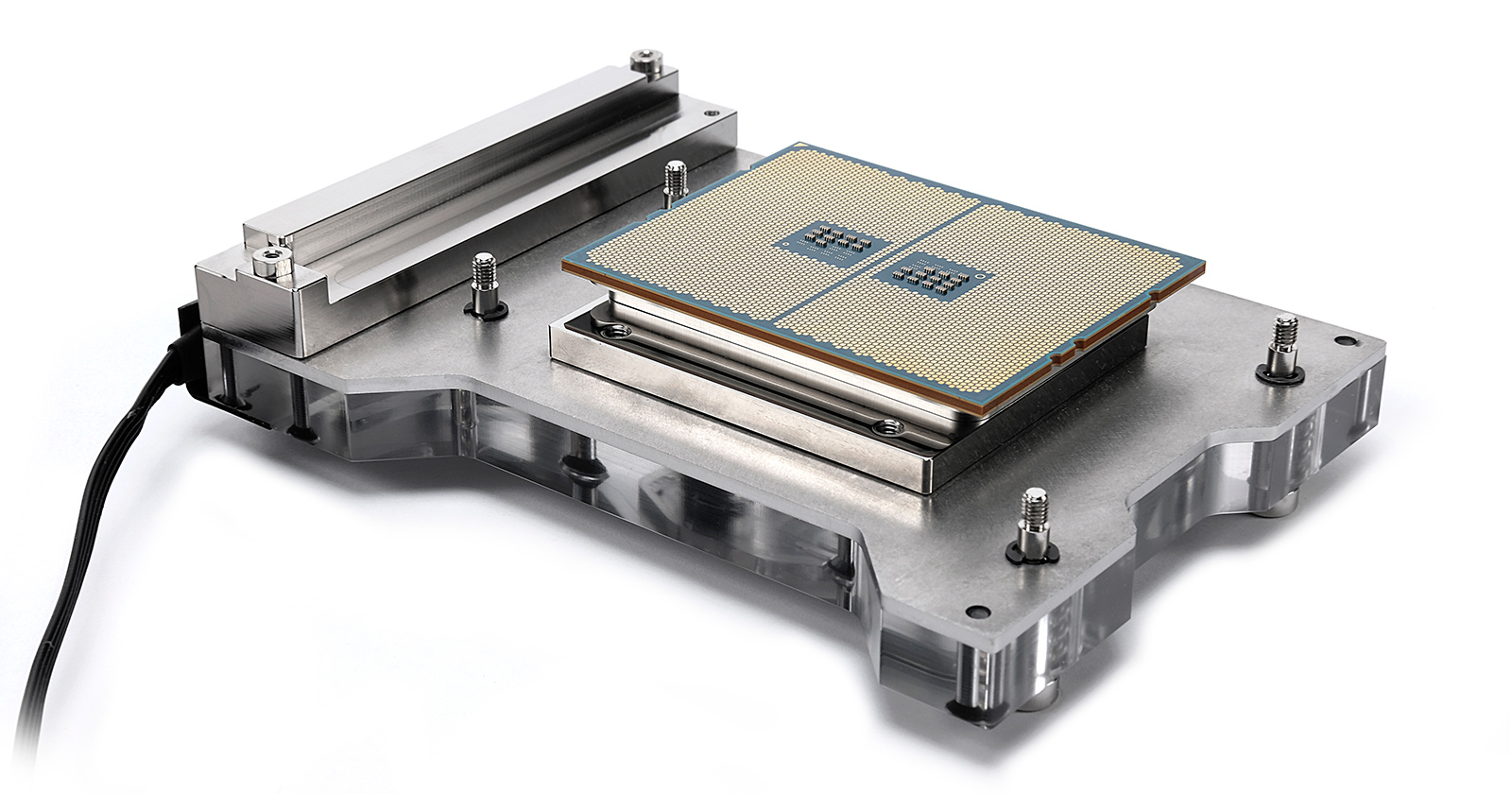 The monoblock is equipped with a Digital RGB LED strip that connects to the dedicated digital 4-pin header on the motherboard. ASUS X399 series motherboards use the most advanced LED system on the market allowing a new world of illumination possibilities. Using the digital LED header, users can individually address color to each LED on the monoblocks integrated Digital LED strip. The LED strip cover can easily be removed for adjusting the cable orientation or replacing the Digital LED strip with an ordinary LED strip or any other custom solution as well! 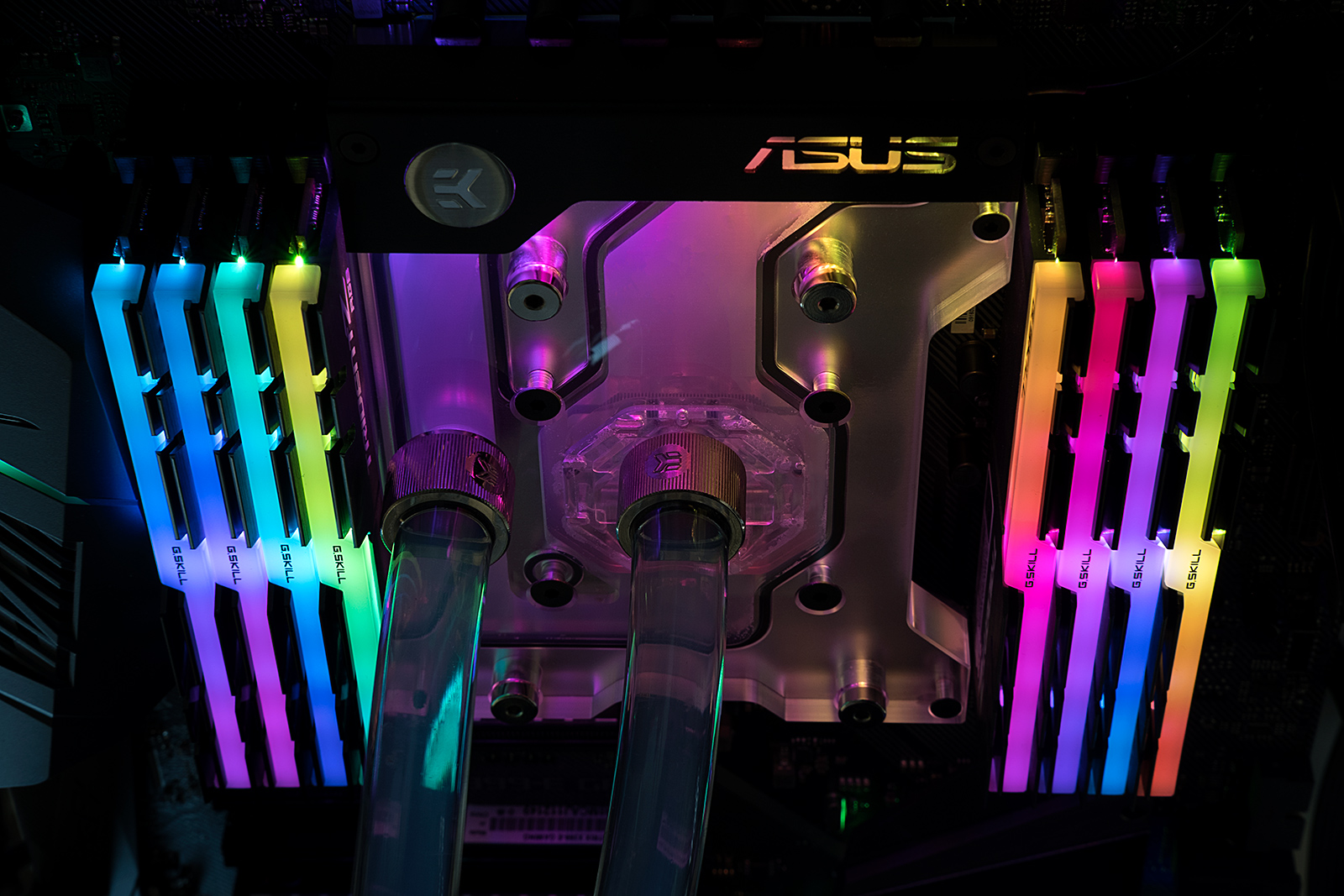 EK-FB ASUS ROG ZE RGB Monoblock is made in Slovenia, and it is available for pre-order through EK Webshop and Partner Reseller Network. All pre-orders will start shipping 2nd of November, 2017! In the table below you can see manufacturer suggested retail price (MSRP) with VAT included.