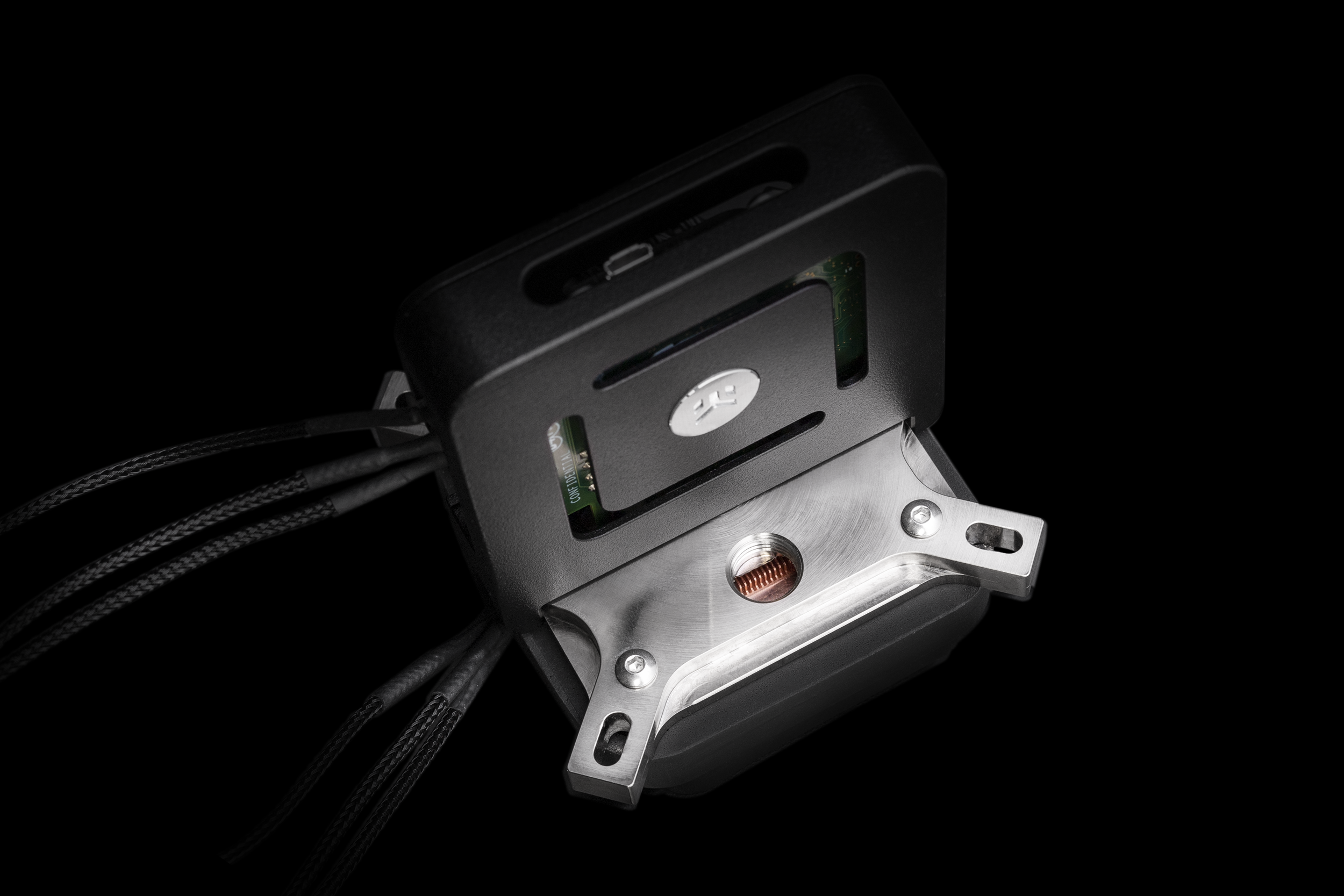 The EK-QuantumX Delta TEC EVO brings further improvements to the design, most notably an even more powerful TEC plate allowing over 50W of additional cooling power. The TEC plate is now soldered to the bottom of the water block that goes over the CPU, improving contact and transfer of cooling to the block and eventually the CPU. It is exclusively powered by the Intel Cryo Cooling Technology, a unique combination of hardware, software, and firmware designed to help unleash elite performance for gamers and overclockers.

This unique cooler is made for maximum performance and frequencies during heavy load on a single core or lighter loads across more cores. It is not made for software that does heavy synthetic load across all cores, like the Prime95 series stress tests. 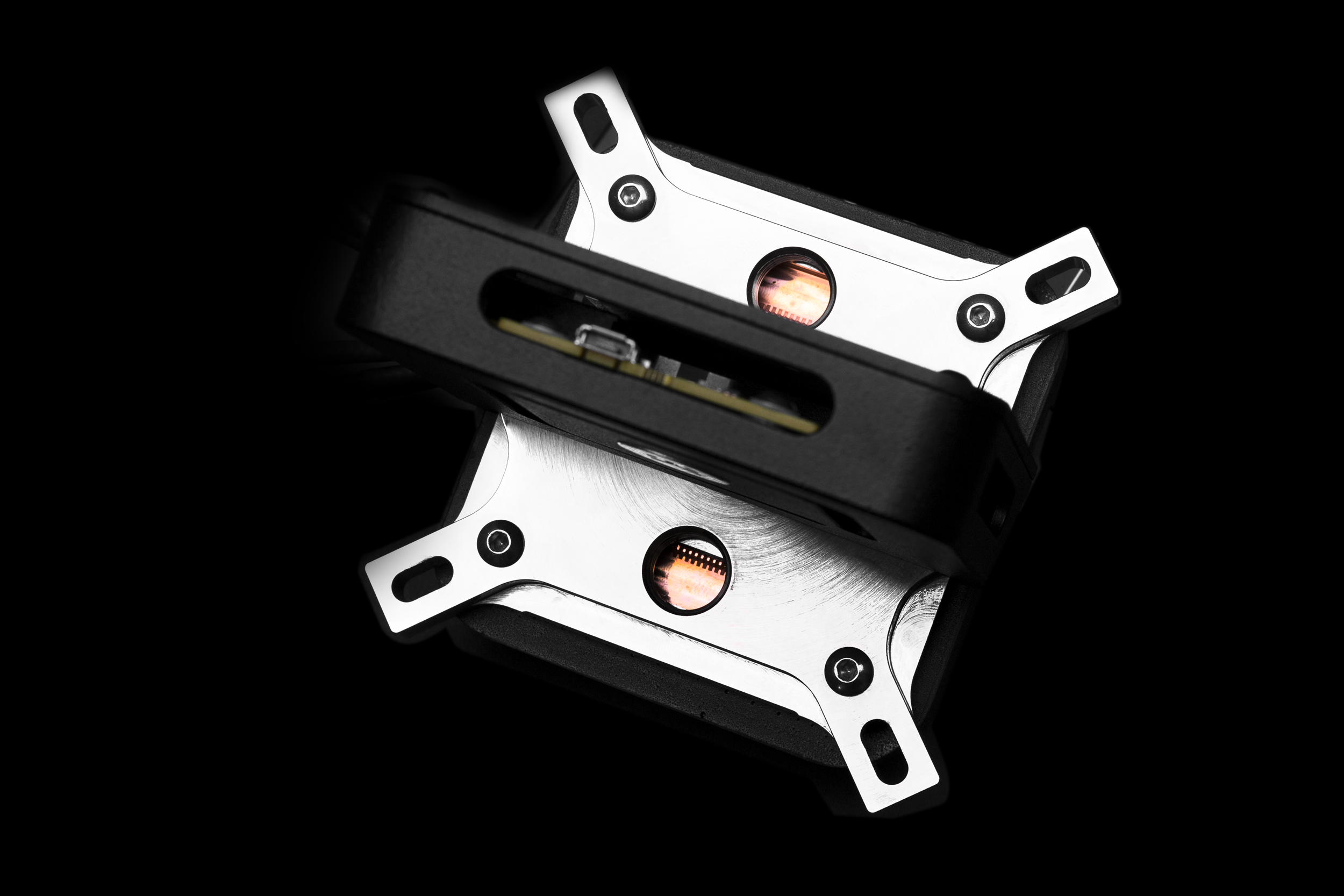 The EK-QuantumX Delta TEC EVO is built using a purpose-designed large-surface flow-through cooling engine together with the Intel Cryo Cooling Technology, bridging aesthetic uniformity and near-silent operation with technological advancements in thermal solutions. The cooler is an exceptional application of cooling the CPU with sub-ambient temperatures by utilizing a Thermoelectric Cooler (TEC) plate while continuously monitoring and adjusting temperatures dynamically, achieving an ideal operating environment for sustained gaming performance.

Liquid coolers are unable to reach temperatures below ambient (room) temperature, but the EK-QuantumX Delta TEC EVO is cutting-edge technology, as it actively cools the CPU to sub-ambient temperatures while extracting and dissipating the heat generated from the TEC plate through the traditional liquid cooling loop. 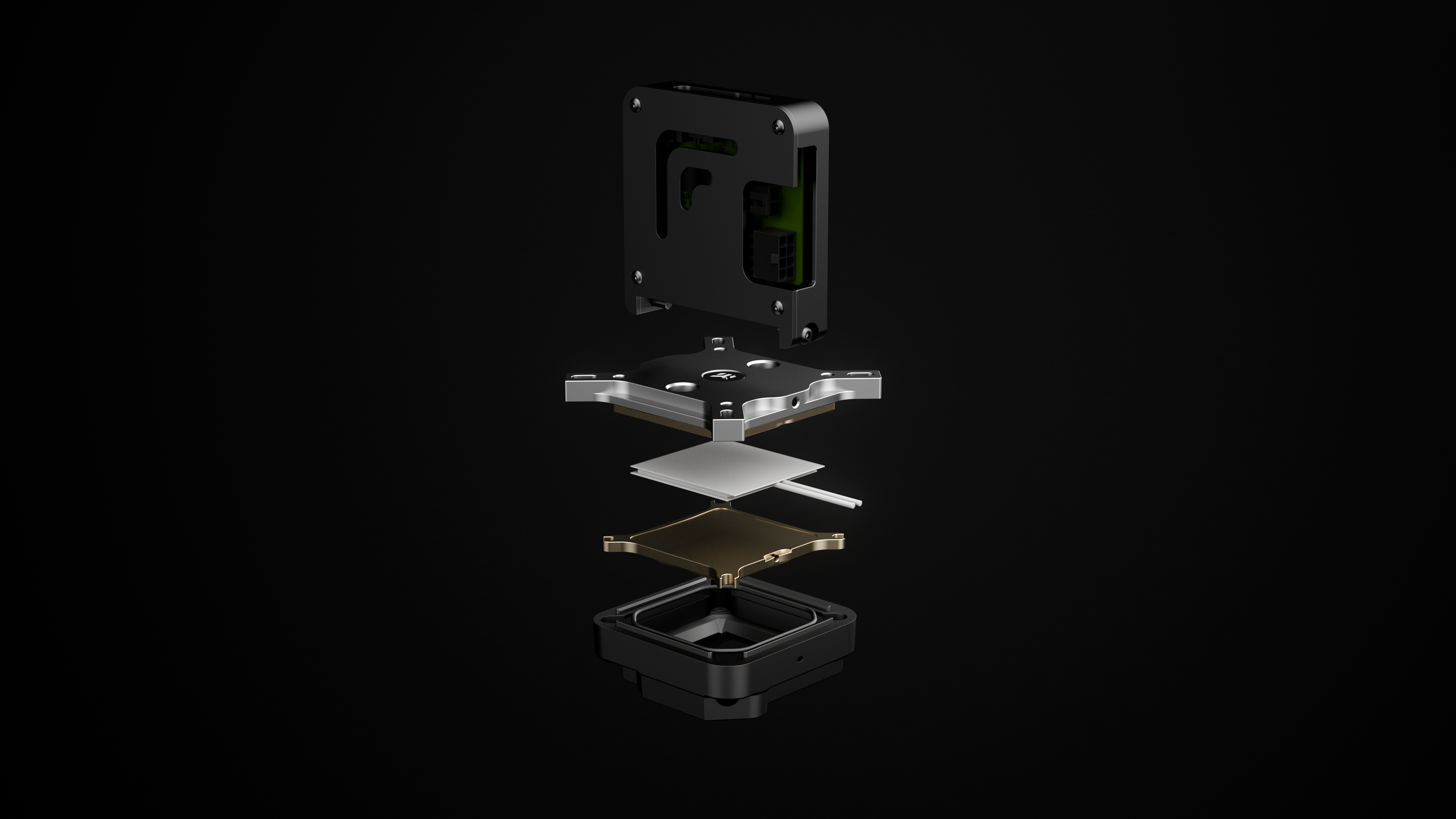 The EK-QuantumX Delta TEC EVO utilizes an innovative two-pronged approach to mitigate thermal condensation, a byproduct that has plagued previous attempts of sub-ambient cooling. The cooler features a compact integrated insulation shroud that isolates all exposed cold surfaces from the environmental conditions inside the PC, while the Intel Cryo Cooling Technology continuously monitors and adapts to those conditions to minimize condensation risk generated by the cooling process.

The controller unit can be mounted on the water block, or offset somewhere else, where it’s not visible.

The EK-QuantumX Delta TEC EVO is available worldwide through a network of partners and resellers, as well as directly through the EK Online Store. In the table below, you can see the manufacturer suggested retail price (MSRP), VAT included.