This is a completely new approach to liquid-cool the Intel® Socket 1200 Series processors and the entire VRM section of the Aorus Z490 Xtreme motherboard.

The entire CPU block part of this multiblock connects to special nickel-plated barb push-in fittings located on the VRM block, as it latches to the barb fittings. Thanks to this design, the new multiblock works exceptionally well with delidded and polished IHS but will surely not work as a direct die cooling method. The enclosed thermal pad is used on voltage regulator modules to improve stability and performance and prolong the lifespan of the motherboard.

The purest nickel-plated copper available on the market is used for the cold plate, precisely machined to a dense micro-fin structure.  The top of the monoblock features a mix of CNC-machined glass-like cast acrylic, nickel-plated brass, and an Elox Black Aluminum piece.

A Digital (addressable) 3-pin 5V D-RGB LED strip is installed in the Plexi version of the monoblock. It connects to the motherboard’s 3-pin LED header, or it can be connected to any other supported 5V 3-pin LED controller. This product is compatible with Gigabyte RGB Fusion 2.0 control software. The arrow marking on the 3-pin D-RGB LED connector is to be aligned with the +5V marking on the D_LED header. 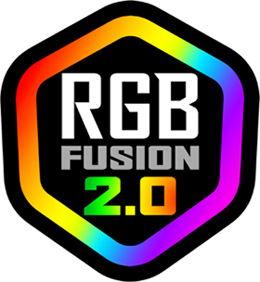 You can always check for compatible water blocks in the EK Cooling Configurator database, where compatible graphics cards and motherboards are added to the list daily.

EK-Quantum Momentum Aorus Z490 Xtreme D-RGB multiblock is made in Slovenia, Europe, and is readily available for pre-order through the EK Webshop and Partner Reseller Network. This Quantum Line monoblock will start shipping on December 8, 2020. In the table below, you can see the manufacturer suggested retail price (MSRP), VAT included.