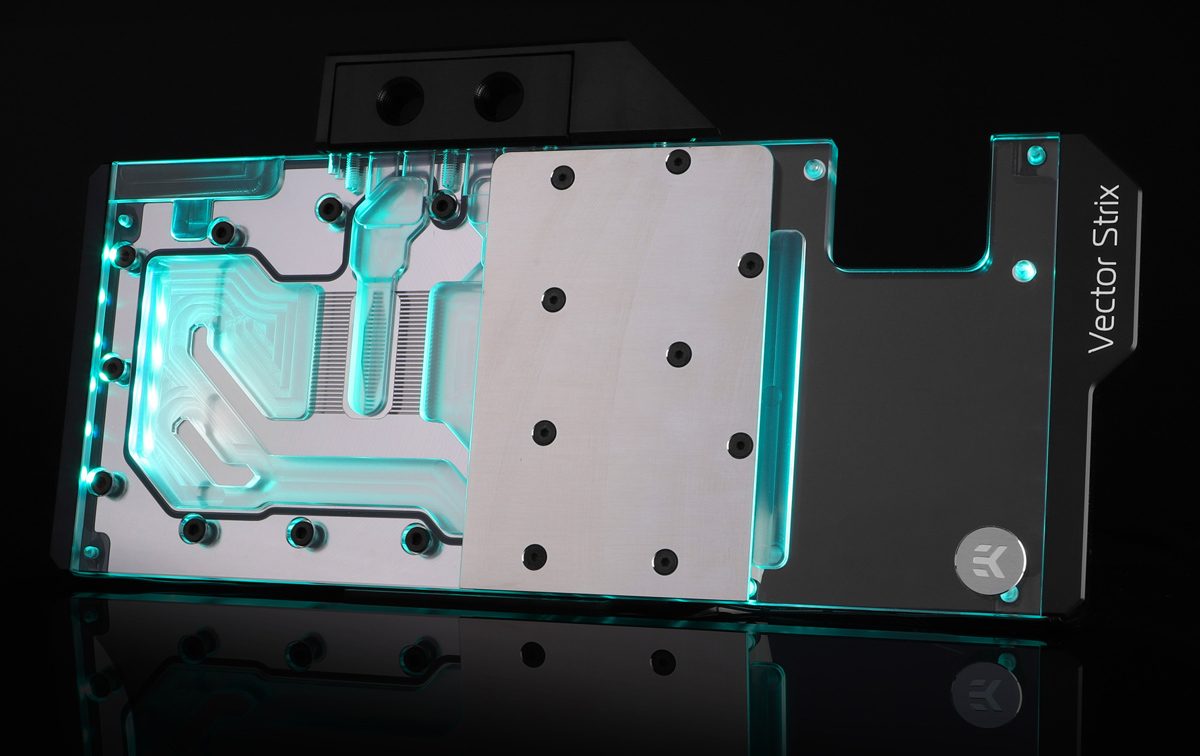 The EK Vector Strix RTX water blocks are specially designed for multiple ROG Strix GeForce RTX Turing based graphics cards. The water block itself uses the signature EK single slot slim look, and it covers the entire PCB length. This sophisticated cooling solution will transform your powerful ROG graphics card into a minimalistic, elegant piece of hardware with accented RGB LED lighting. The block also features a unique aesthetic cover over the block Terminal which is designed to showcase the graphics card model via LEDs, visible from the side. 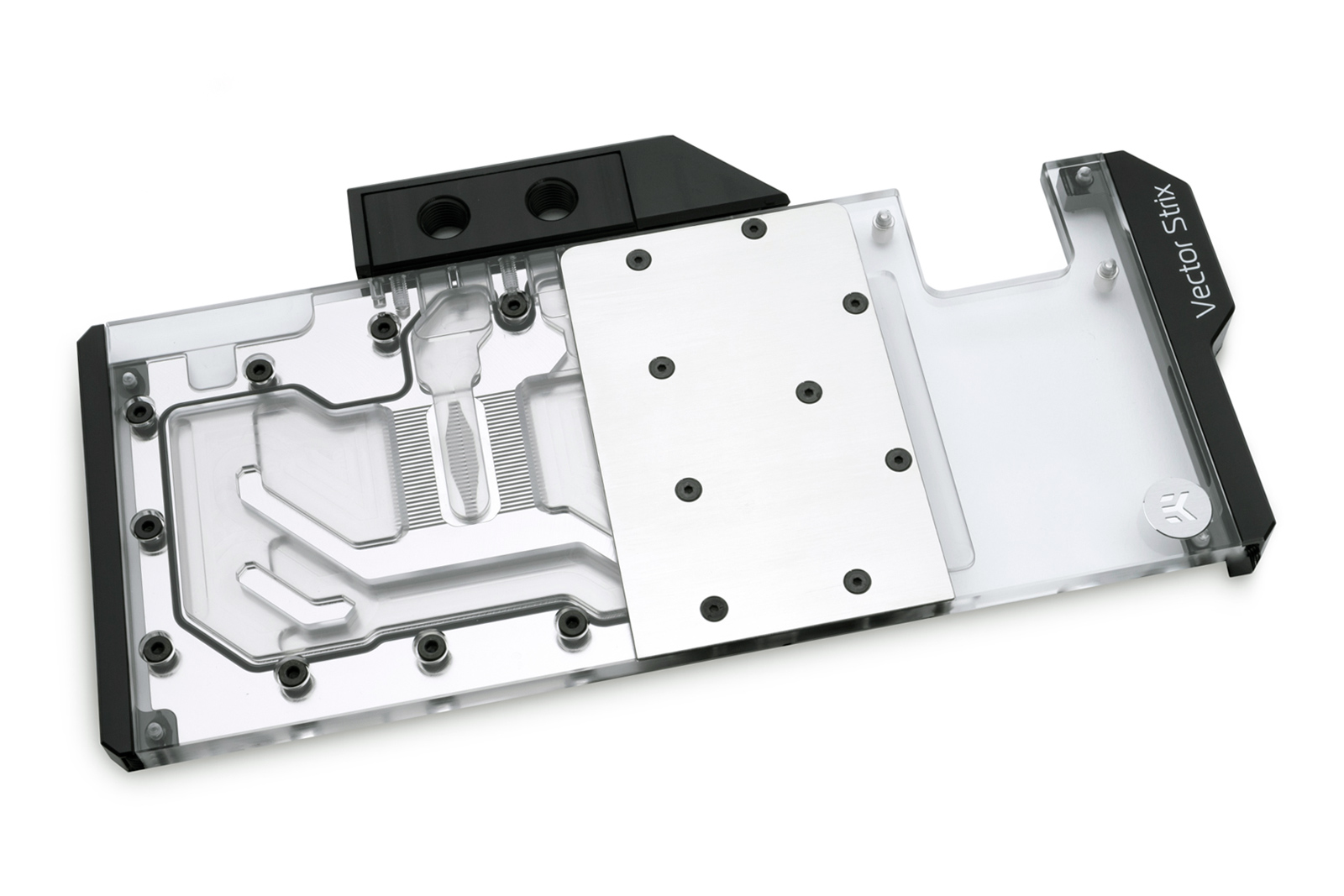 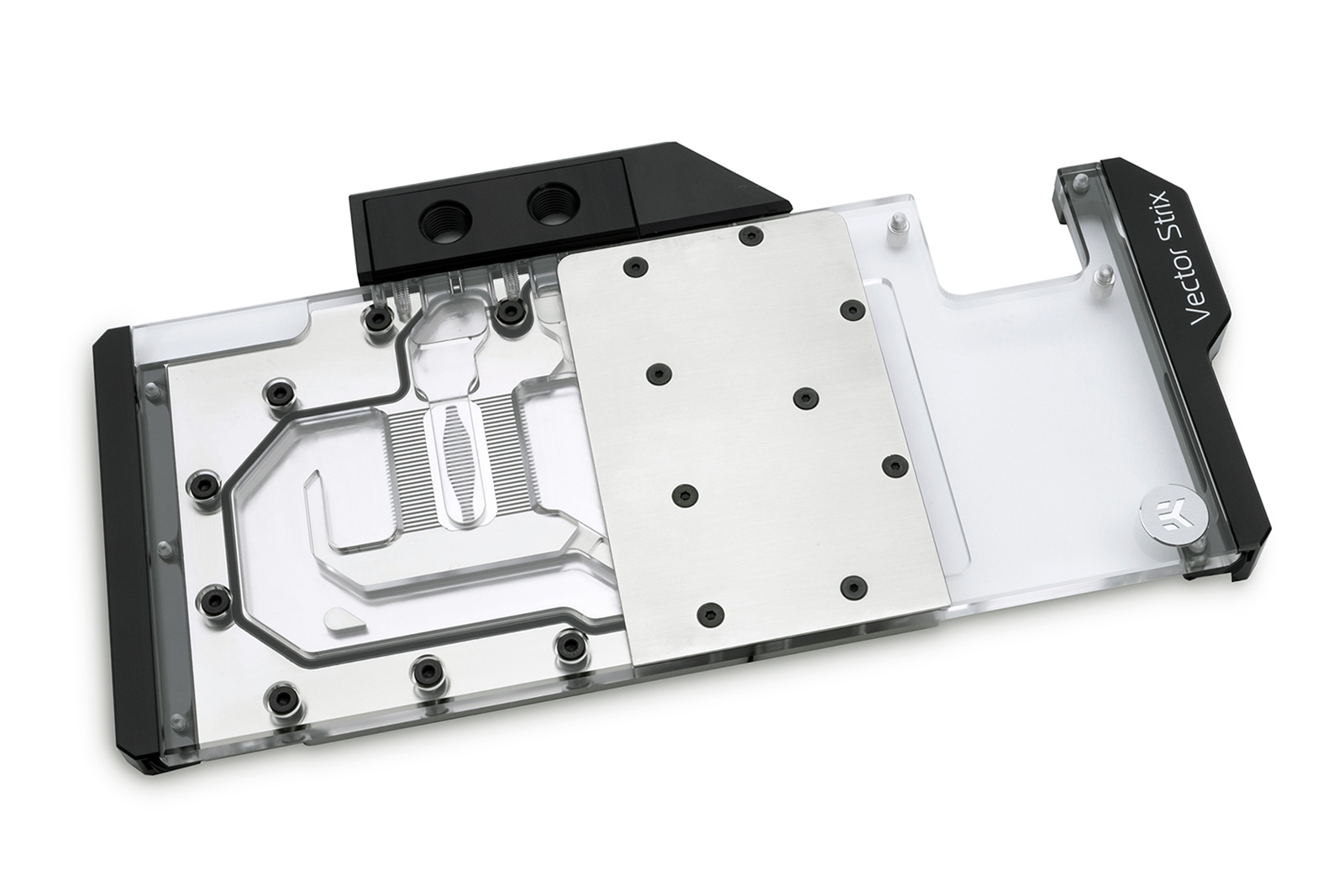 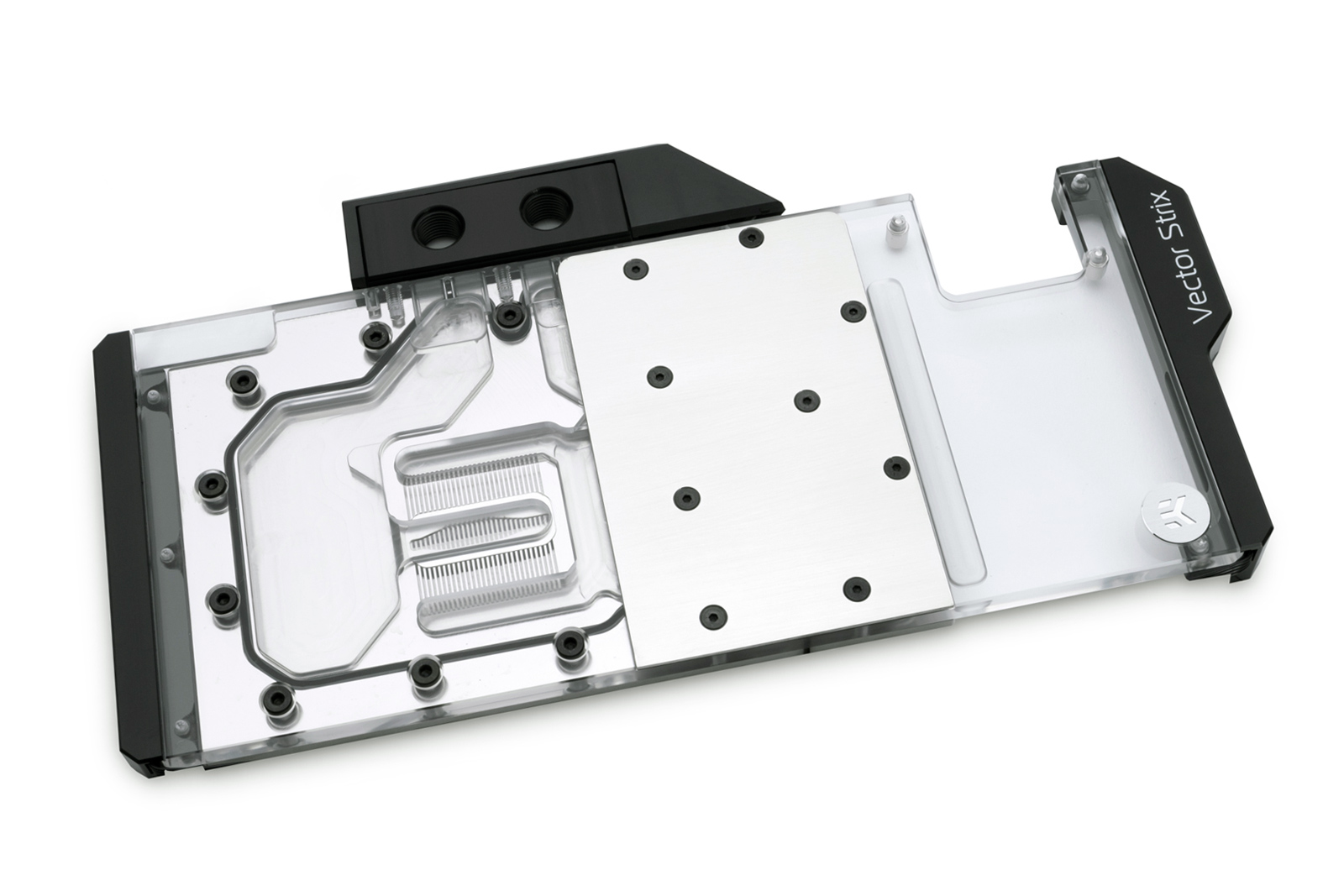 The EK Vector Series water blocks use an Open Split-Flow cooling engine design which proved to be a superior solution for GPU water blocks. It is characterized by low hydraulic flow restrictions, meaning it can be used with weaker water pumps, or pumps running on low-speed settings and still achieve top performance. The jet plate and fin structure geometry have been optimized to provide even flow distribution with minimal losses and optimal performances even when used in reversed water flow scenarios.