EK®, the premium computer liquid cooling gear manufacturer is releasing a new version of its renowned 120mm EK-Vardar fan. The EK-Vardar X3M 120ER comes with removable rubber dampers on the corners, making sure vibration is not transferred from the fan to the rest of the PC. Aside from that, the rotor has received airflow optimizations, and on the RGB versions, the lighting solution is upgraded to addressable D-RGB LEDs.

Get your EK Vardar X3M 120ER fans and colored dampers

The EK-Vardar X3M 120ER is a high-static pressure computer cooling fan built for the highest-performance computer systems. It features removable rubber dampers on corners of the fan to reduce vibration and thus noise. These rubber dampers come pre-installed for use in push orientation but can be removed and mounted the other way for a pull orientation.

This fan comes in 4 variants, two with no LEDs and two with addressable D-RGB implementation. The black or white designation on the end marks the color of the rubber corners which can be mounted the other way if you want to use these fans in pull orientation. 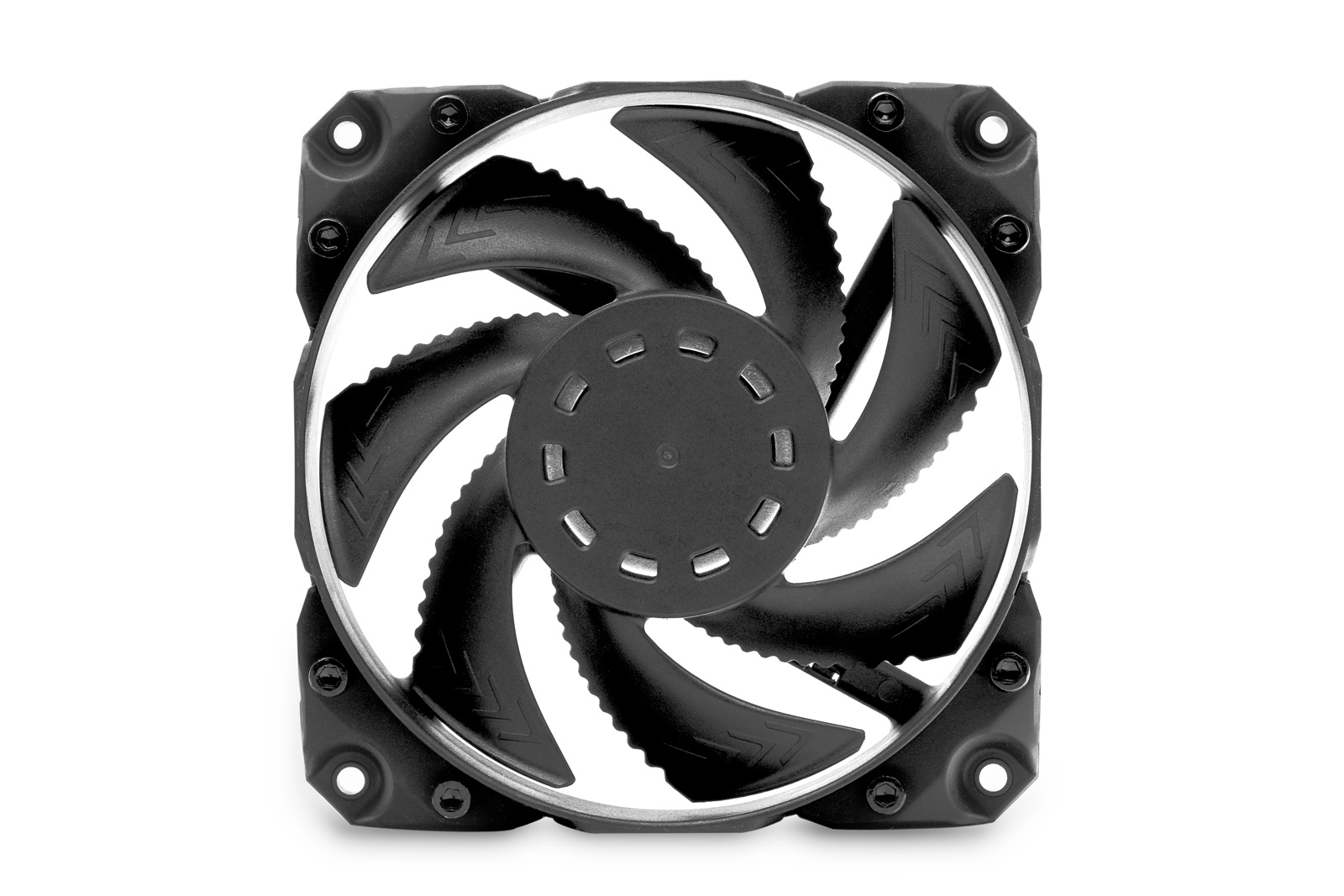 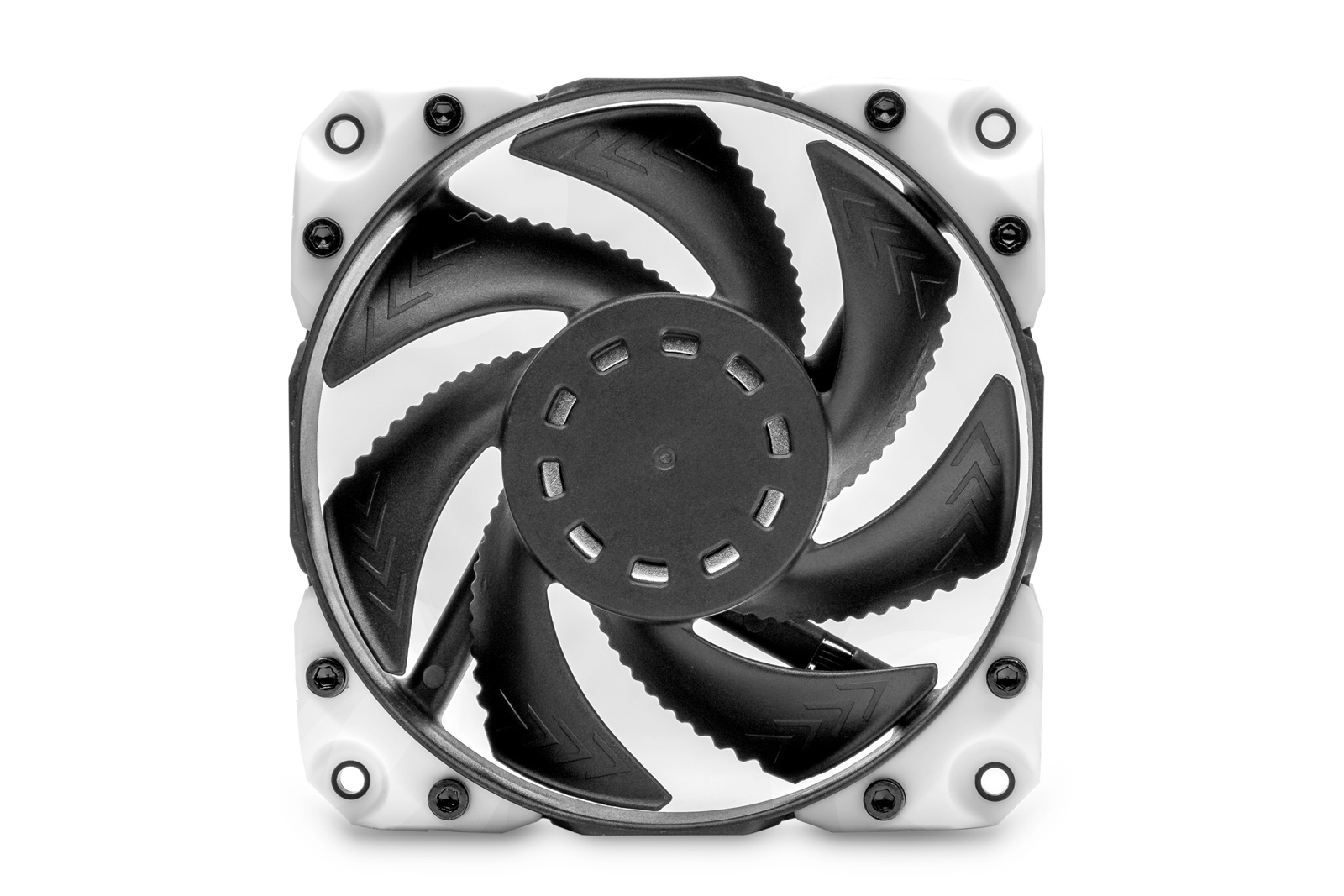 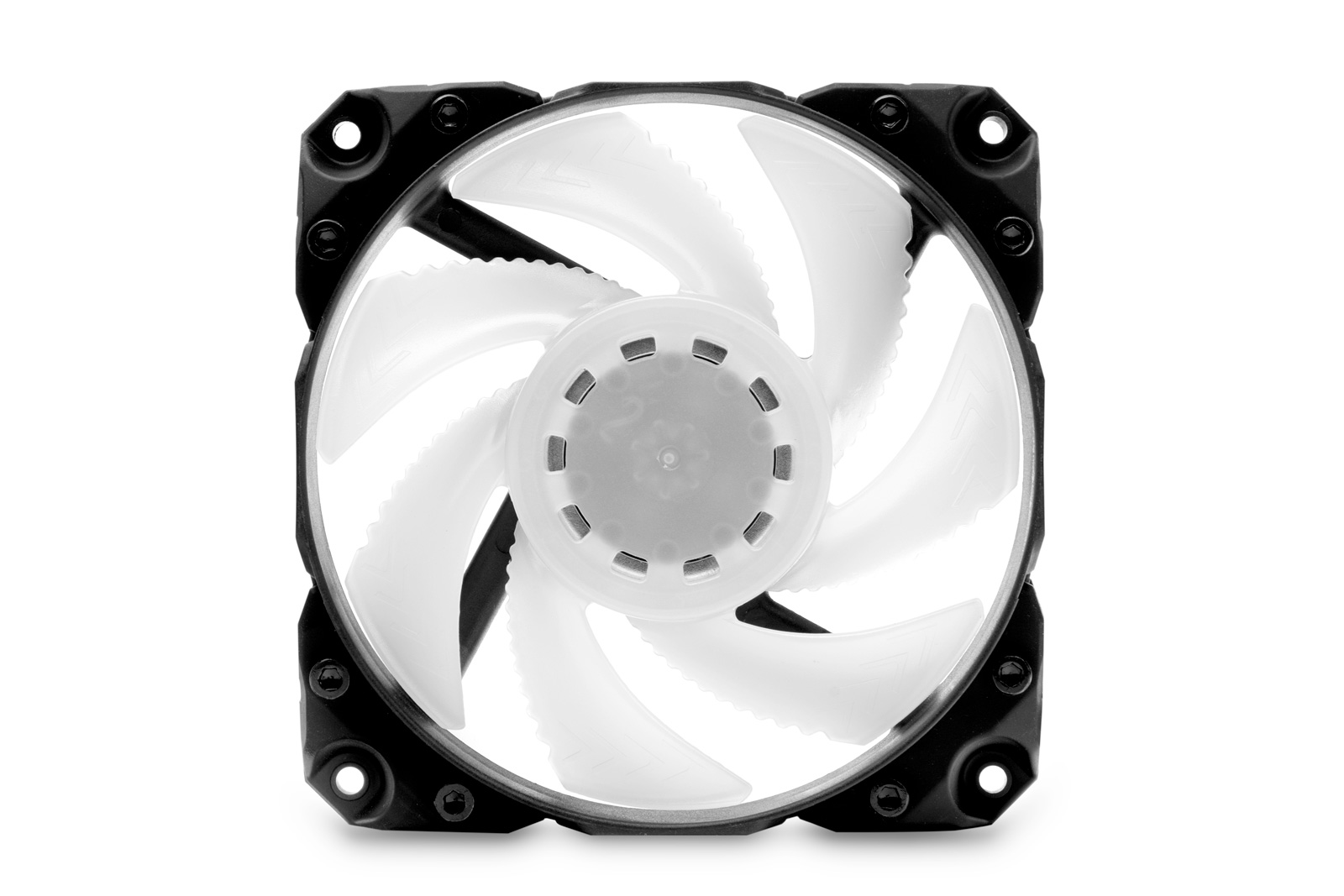 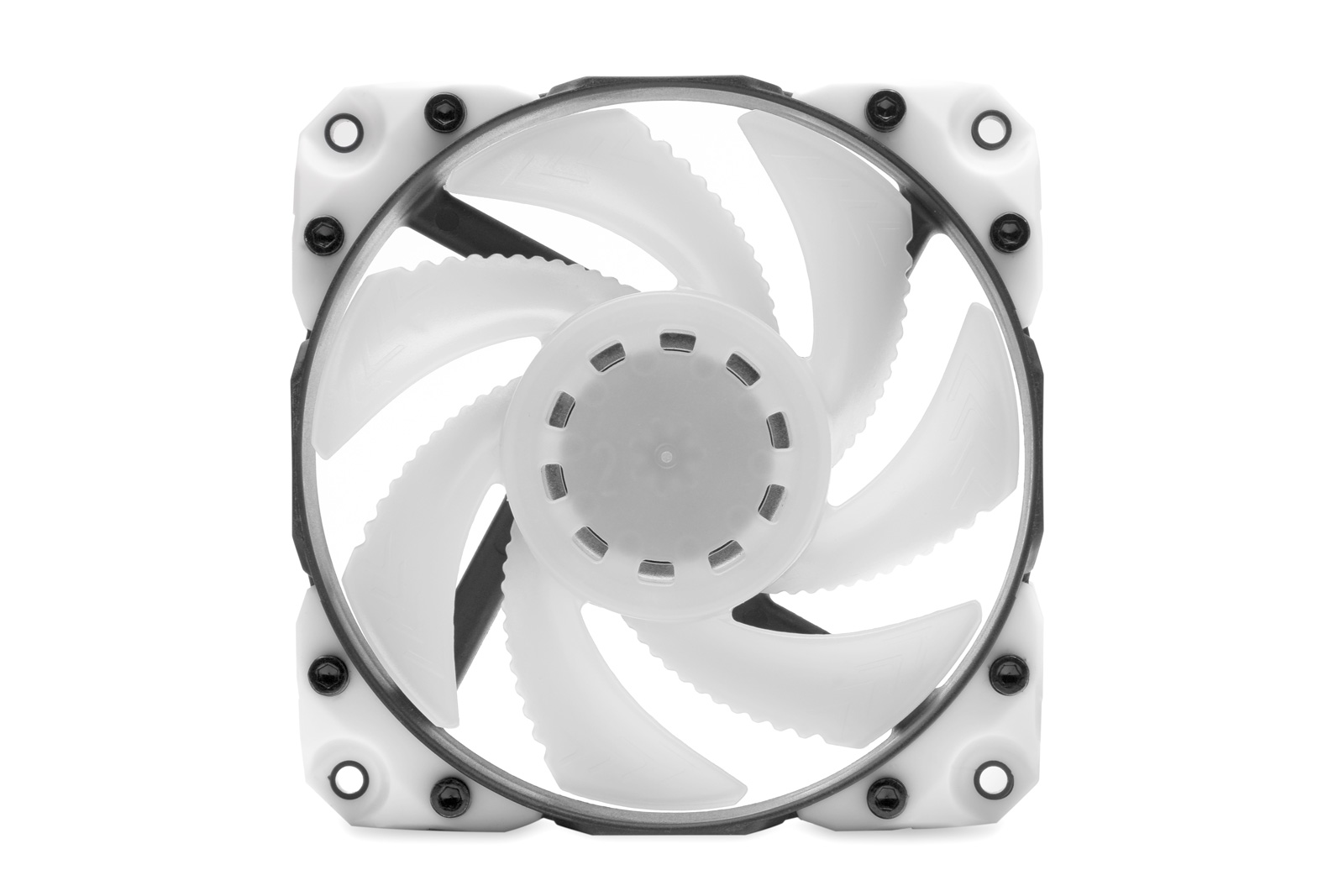 The perfectly balanced 7 fan blade design is optimized for high-pressure operation while maintaining the low noise profile throughout the whole operation range of the fan.

The D-RGB versions use a milky white rotor that does a great job of diffusing the light and provides great dispersion of 9 LEDs located in the fan motor. 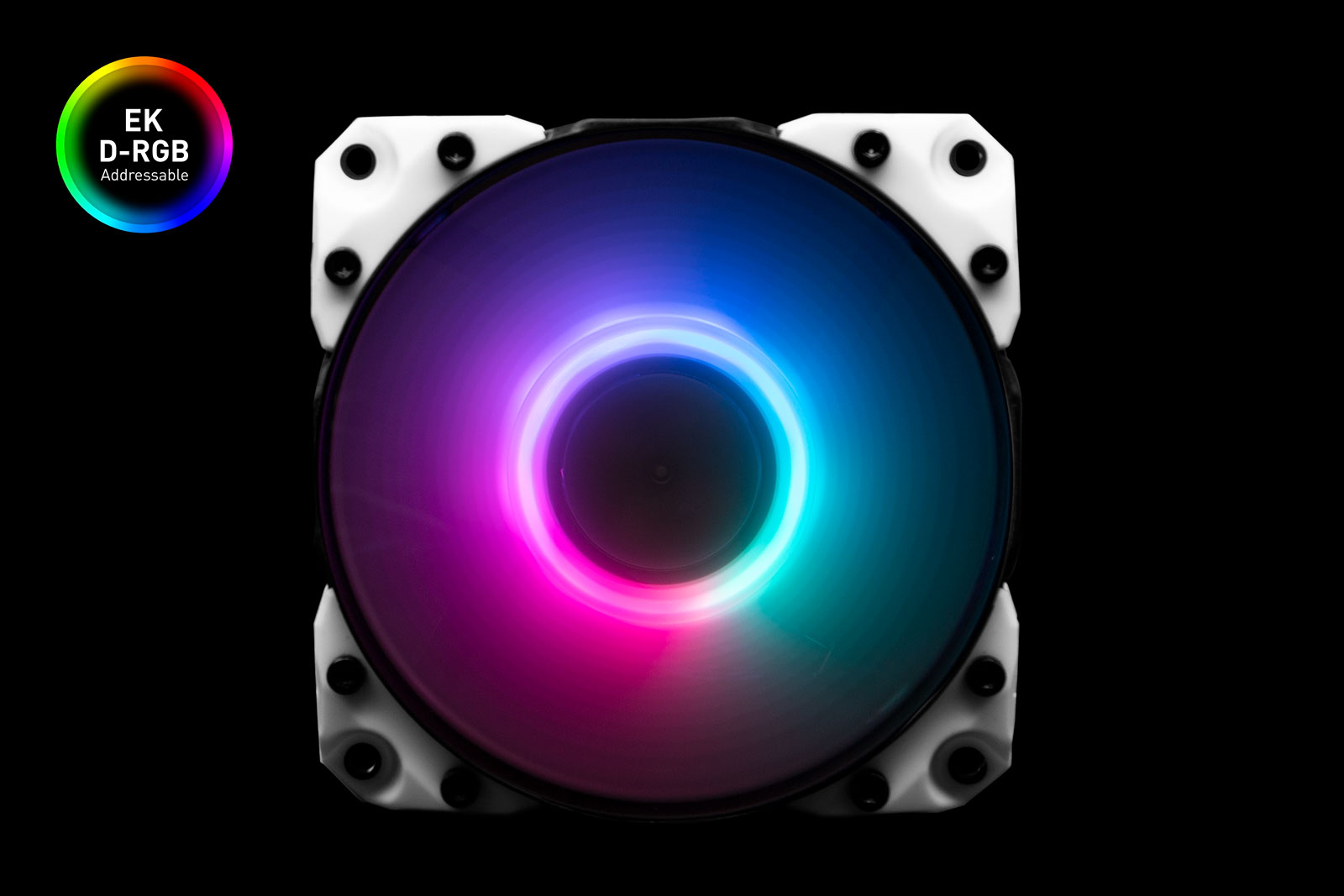 The Start-Stop function featured with the EK-Vardar X3M 120ER models will ensure the user a true 0dB noise environment. When the fan curve is set with the minimum threshold point below 25% PWM duty cycle (depending on the motherboard model), the motor and the electronics will turn off and the fan will simply stop spinning. EK-Vardar X3M 120ER restarts operation automatically as fan control ramps up its operational duty cycle past threshold start-stop point. EK-Vardar X3M 120ER models also feature Dual-Ball bearing which has superior durability compared to Hydro-Dynamic bearing. Dual-Ball bearing fans can tolerate higher temperatures and can be mounted in any axial orientation without concern for bearing lifespan degradation. 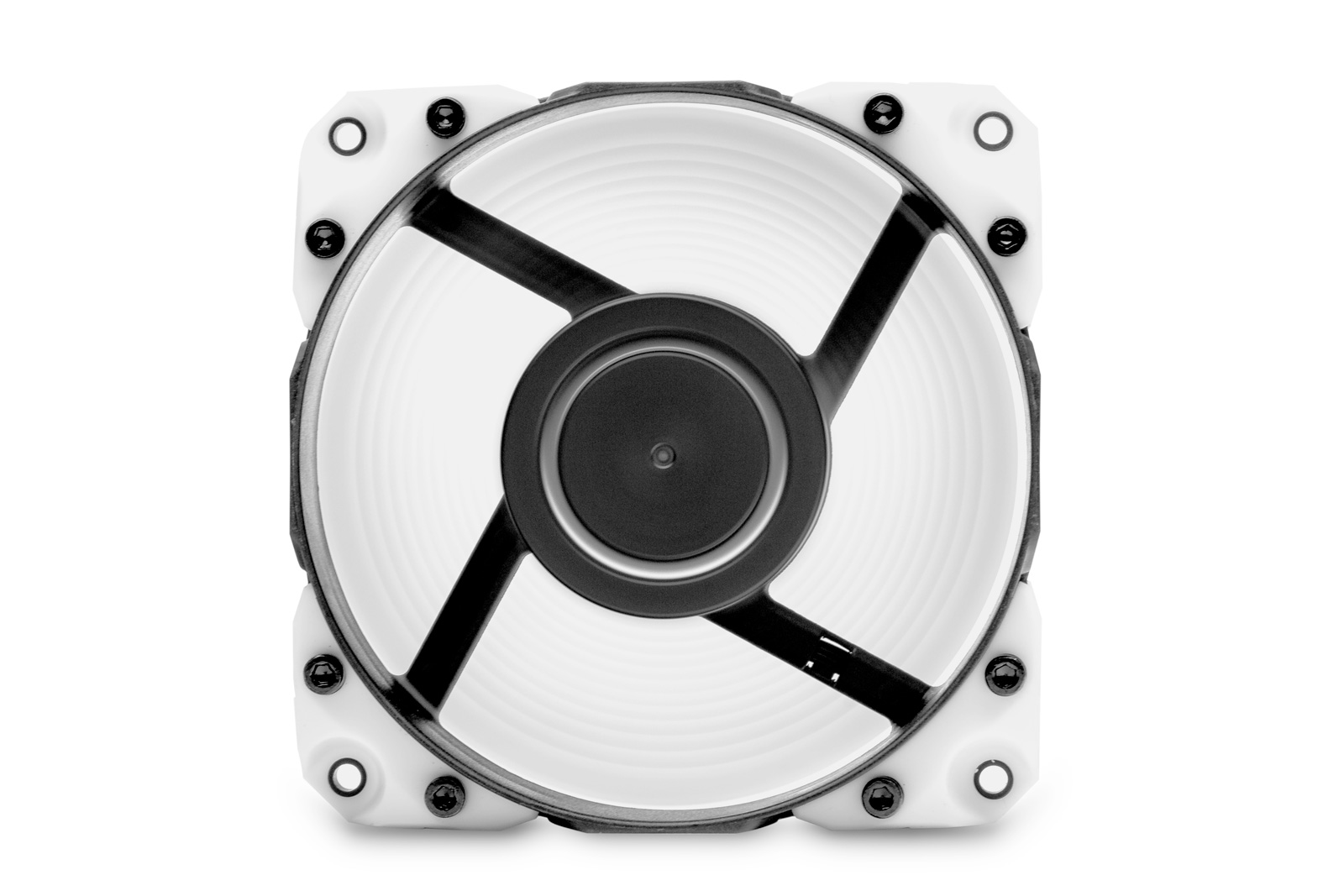 The EK-Vardar X3M 120ER fans are designed and engineered in Slovenia and are already available for purchase through EK Webshop and Partner Reseller Network. In the table below you can see manufacturer suggested retail price (MSRP) with VAT included.