EK has found incompatibility between the EK-Backplate CPU Universal (an integral part of all EK-Supreme HF water block) and Gigabyte’s motherboard GA-990FXA-UD7 (rev.1.0) which prevents motherboard from starting normally.

The problem is caused by EPDM rubber gasket applying too much pressure to the SMD components on the back side of the motherboard’s circuit board. In order to overcome this issue it is mandatory to cut the enclosed 2mm thick rubber gasket as marked on the picture below and then install the metal backplate as usual: 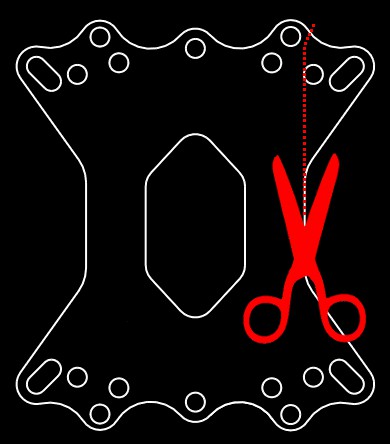 Alignment of the modified EPDM rubber gasket on the Gigabyte GA-990FXA-UD7 motherboard:

To the more concerned users: There is no fear that the metal backplate could cause any short circuiting since there is a significant gap between the components and the metal itself, which can be noted on the photograph below:

We’re apologizing for the inconvenience,