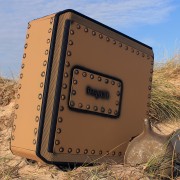 Battlefield 1. That is the name of this custom PC system build we are featuring on our blog today. It has been only a few days since the release of the long awaited BF franchise sequel. A builder by the name of Gregory Rousseau has been pretty active around BF1 (the videogame as well as his build) since the beginning of the open beta.